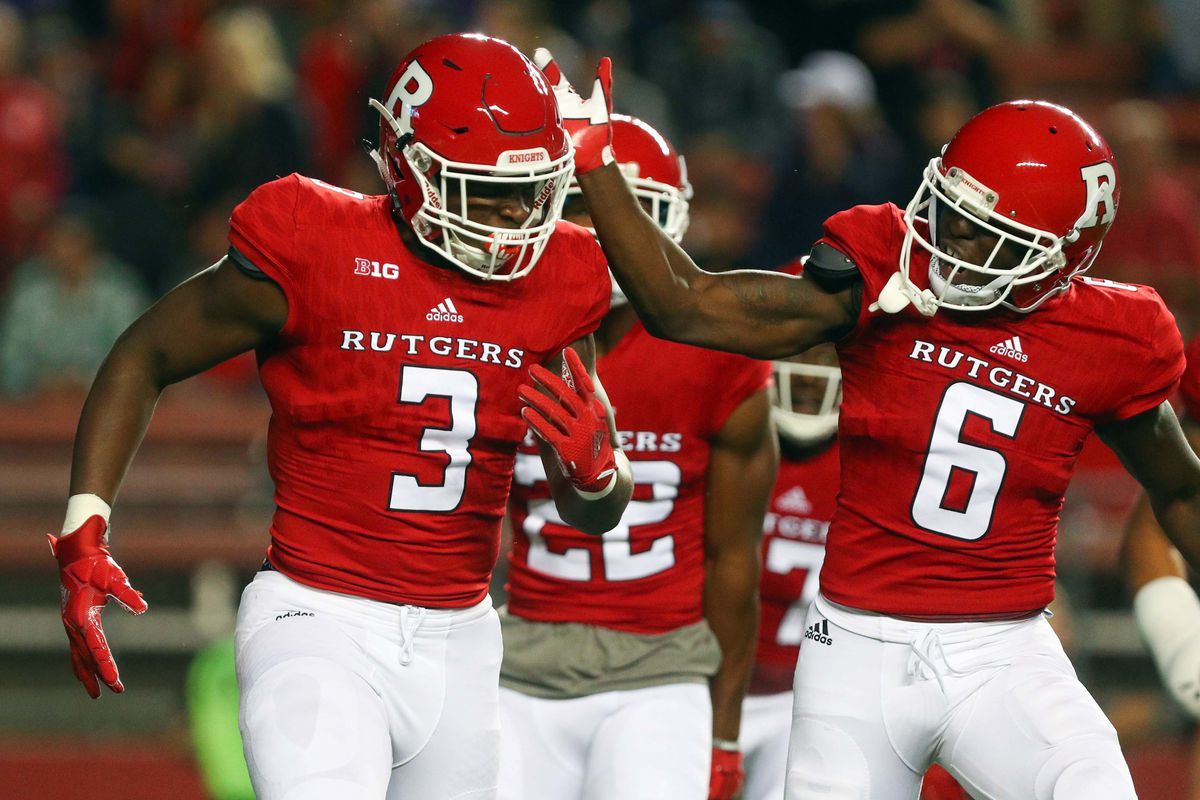 The Big Ten kicked off all the realignment drama back in 2009 when they took advantage of a dysfunctional Big 12 Conference. Nebraska, who was unhappy with the way commissioner Dan Beebe was running the conference in favor of the Longhorns, was essentially offered an ultimatum when rumors of them talking to the Big Ten were revealed. Nebraska played their hand and packed their bags to the Big Ten. Maryland followed suit one year later in 2012 and left the ACC, regardless of the $50 million exit fee from the ACC.

My theory is that by leaving the Big 12, Nebraska was nearly cut off from their Texas recruiting pipeline. The last two years before leaving the Big 12, Nebraska signed 9 Texas recruits each year while last year they only signed 3. Nebraska is a weak state in terms of top recruits so the program is forced to rely heavily on recruiting out of state. Things could change for the Cornhuskers with Scott Frost as their new head coach but joining the Big Ten seems to have had a negative effect on their recruiting. I guess getting out of the shadow of the Longhorns was worth it regardless.

I gave the Big Ten a C because Maryland and Rutgers were fairly weak additions. Although the historic Nebraska program was a good addition for the fan base, they haven’t been the powerhouse they were expected to be. 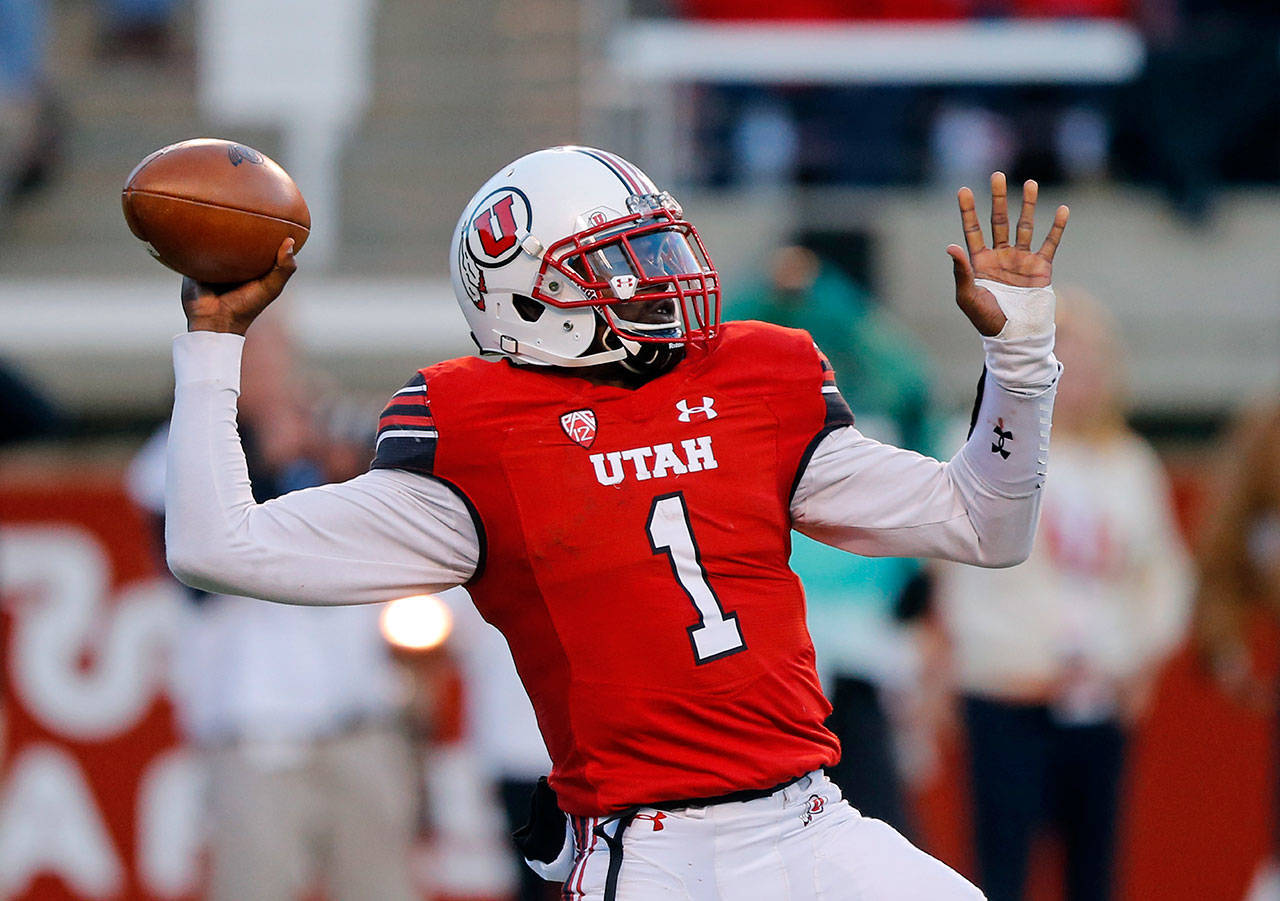 During the time of the rumored Big Ten attack on the Big 12, the Pac-10 decided to extend invitations to Colorado, Oklahoma, Oklahoma State, Texas, Texas A&M and Texas Tech in 2010. Within the year, Colorado chose to accept the Pac’s offer to officially join the conference.

Rumors circulated that Texas, Texas Tech, Oklahoma and Oklahoma State were also considering the offer. Instability continued to plague the Big 12. This put essentially all the programs in the conference in a state of panic to look for alternative options in case the Big 12 ceased to exist. Texas A&M was rumored to be in talks with the SEC for this very reason. Soon after, Pac-10 commissioner Larry Scott announced that the remaining Big 12 schools had rejected the offer but unfortunately for the Big 12, the damage was already done.

To extend the conference to 12 teams and allow for a conference championship, the Pac-10 invited Utah to leave the Mountain West Conference and officially created the Pac-12. By 2011, both Colorado and Utah started competing in the now, Pac-12 Conference. With these additions, the Pac-12 solidified their dominance of the West Coast to the Rocky Mountains.

I graded the Pac-12 realignment with a B+ because they didn’t lose anything and gained two programs that dominate their respectful states. They also built a hypothetical wall along the Rocky Mountains and claimed their stake in the US. The only reason they didn’t receive a better grade is because they are still limited to the poor time-zones of the Pacific and Mountain. 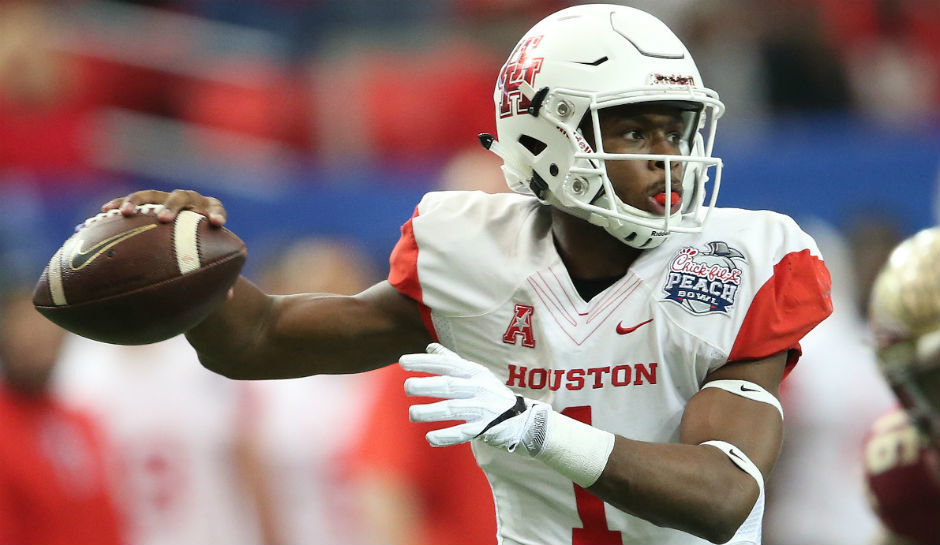 It’s a little hard to grade this conference because it’s the combination of the defunct Big East Conference and the best of the Conference USA. The Big East was once a powerful football conference that was one of six conferences to receive an automatic bid into a bowl game. Unfortunately for the conference, they were a main target during the realignment era. In 2011, Pittsburgh and Syracuse joined the ACC and in 2012, West Virginia made the decision to join the Big 12. This sparked the decision to create a more football-minded conference called the American Athletic Conference with the remaining school rather than just basketball.

The plan for the AAC was to include Rutgers, Cincinnati, UConn, USF, Temple and Louisville from the Big East. It would also include seven schools from the C-USA; UCF, ECU, Houston, Memphis, SMU, Tulsa and Tulane, as well as three from the MWC; TCU, Boise State and SDSU, and one independent; Navy. This conference was intended as a way to maintain the power conference status of the Big East by including the best programs from other lower-tier conferences.

Although the intentions were noble, the ultimate plan for the AAC didn’t work out. Before the conference even began, TCU joined the Big 12 which sparked Boise State and SDSU’s decision to stay in the MWC. After only one football season, Louisville left for the ACC and Rutgers for the Big Ten. Although they weren’t able to officially maintain their power conference title with the many losses they suffered, today the AAC claims the unofficial title of P6.

Although it was difficult to grade a conference that was solely created due to the college football realignment, I gave the AAC a C+ because the schools still involved are in a better situation than before. It’s unfortunate the ultimate plan for the AAC wasn’t able to take fruition but nevertheless, it has become a real conference to be reckoned with from schools like UCF, USF, Memphis and Houston. 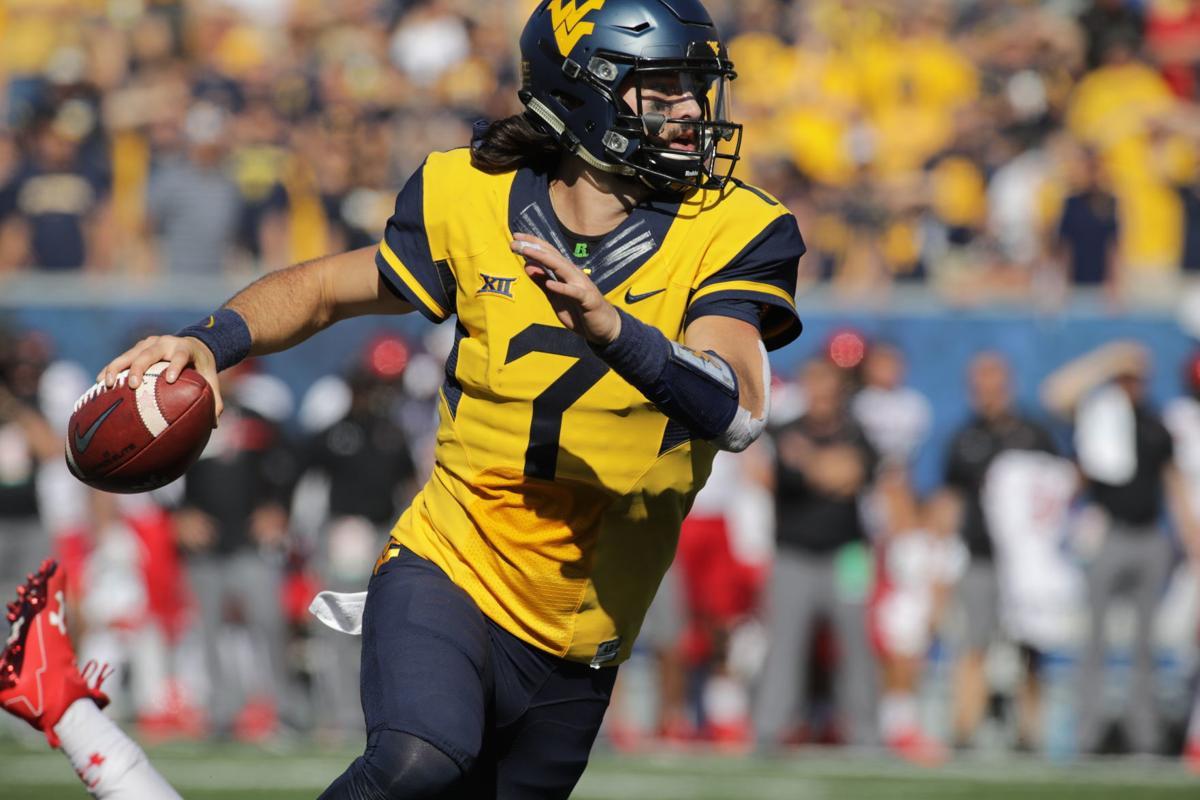 Due to the debacle of the Big 12’s breakup in 2010, fear was widespread throughout all the programs. With the loss of Nebraska to the Big 10 and Colorado to the Pac-12, the Big 12 was left with only 10 teams. In a time of college football expansion, losing any more teams would be potentially detrimental. Unfortunately for the dysfunctional Big 12, they weren’t done losing teams.

By 2012, the Big 12 lost another one of their biggest programs, Texas A&M, to the SEC. Although it wasn’t Texas or Oklahoma, the conference’s biggest money makers, losing Texas A&M was a major blow to the conference’s stability. Like Nebraska, the Aggies were eager to get out of the shadow of the Longhorns and join the most stable conference in college football. Immediately after, Missouri made the decision to leave the Big 12 as well and begun competing in the SEC with A&M in 2012.

Left with only 8 programs, the Big 12 was forced to expand. They were able to pick up the MWC powerhouse, TCU, to replace the loss of a Texas school in an attempt to maintain their authority over the recruit-heavy state. Luckily for the Big 12, the Big East was also falling apart so they were able to take their pick. They chose to add West Virginia. Although the two additions were good choices, The Big 12 is still left with only 10 teams to this day while the other power conferences successfully expanded.

I gave the Big 12 realignment a D because during this time of expansion, they suffered the most losses. Although TCU and West Virginia were good additions, the Big 12 missed plenty of opportunities to add even more successful schools that were still available at the time. In my opinion, the Big 12 should have also added Louisville and Houston while they had the chance. With those additions, I think the Big 12 would be on-par with the Big Ten. 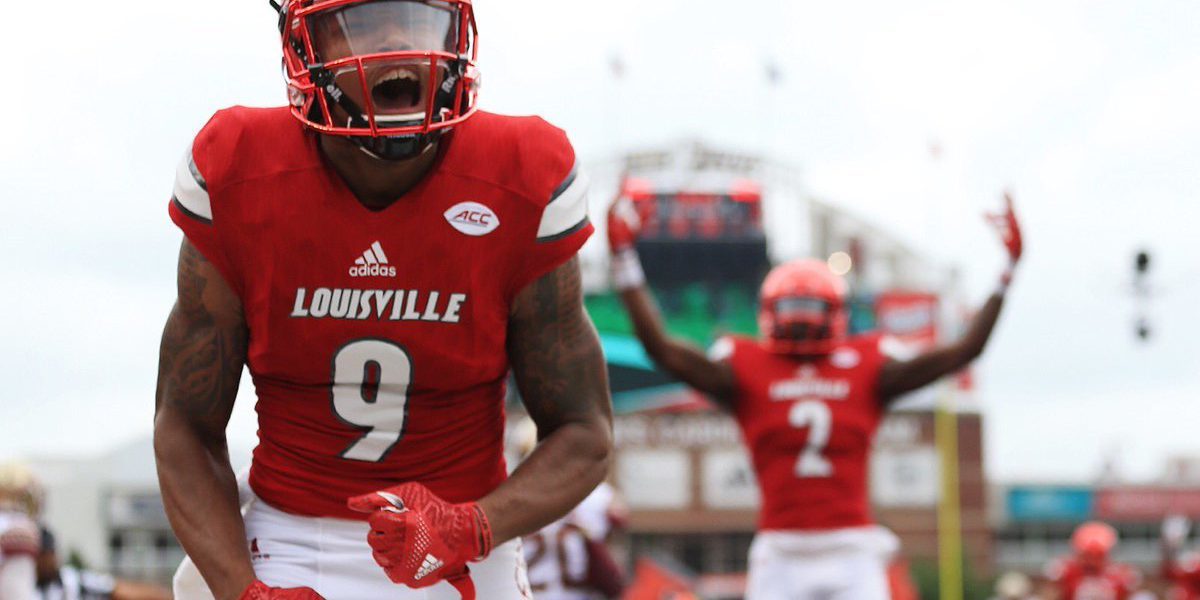 Similar to the Big 12, the ACC also suffered rumors of schools leaving the conference. Tension of what the conference would focus on between the basketball-emphasized “Tobacco Road” schools in North Carolina and the football-minded programs of Clemson, Virginia Tech and Florida State, the ACC suffered unrest in an unsure time. Due to this tension, the conference voted unanimously in 2011 to raise its exit fee to $20 million.

While attempting to prevent any school from leaving, the ACC made the decision to expand and add Pittsburgh as well as Syracuse from the Big East in 2013. They were also able to add Notre Dame for every sport but football and hockey, furthering their basketball focus.

During this time, the ACC created even more incentive to prevent schools form leaving by increasing the exit fee yet again to $50 million. Unfortunately, this wasn’t enough to stop the unsure tension within the conference. By 2014, Maryland made the decision to join the Big Ten. To retain their even-number of 14 football schools, the ACC added Louisville from the AAC. While Louisville is a good basketball program, this addition greatly increased the mediocre football image the conference was suffering from.

I decided to grade the ACC with a C+ for their conference realignment. Although they suffered unrest, the conference managed to only lose Maryland. Even if Pittsburgh and Syracuse weren’t the strongest additions, Louisville was a huge pick up that many other conferences missed out on. 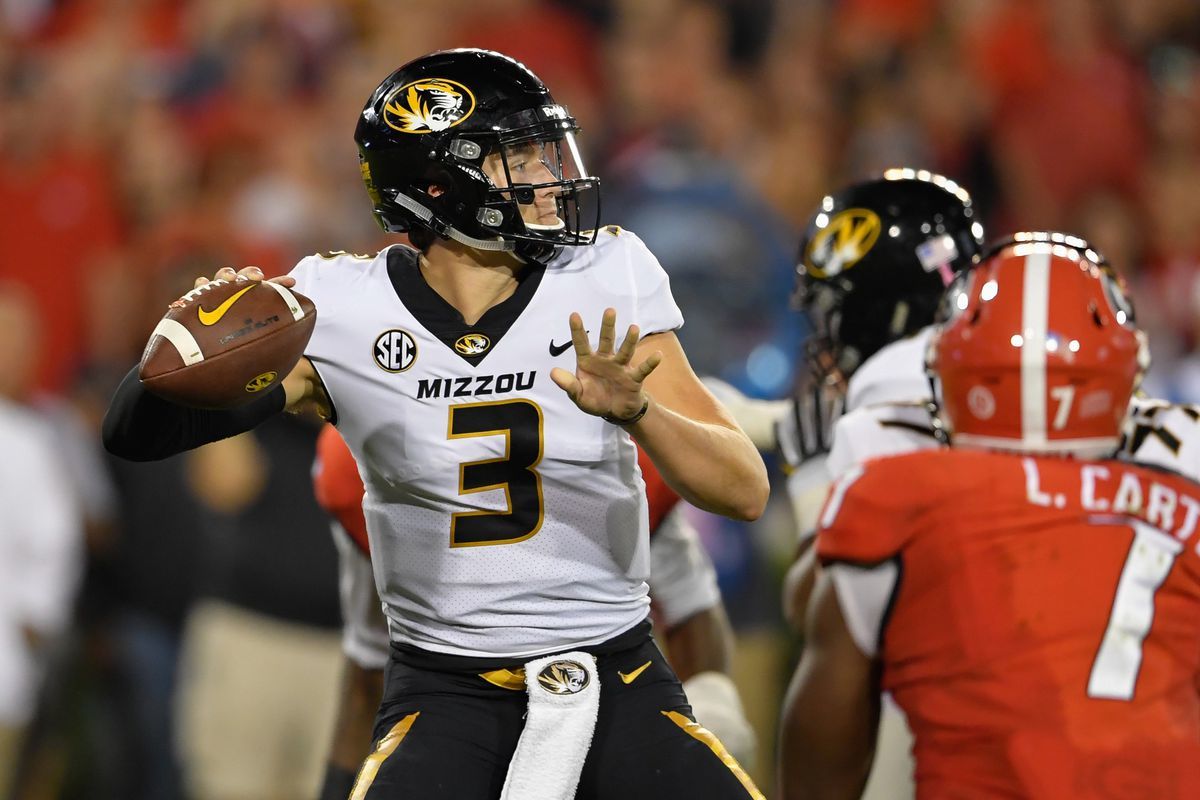 While every other conference was in a panic to expand and/or hold onto their current teams, the SEC remained stable and strong. By the time of realignment in 2010, the SEC had already won 5 consecutive national football championships and was in no fear of any programs leaving. Instead, surrounding programs appeared eager to join the unstoppable success and stability of the SEC.

While the once powerful neighboring conference of the Big 12 was being torn apart, Texas A&M looked to the east for salvation. By 2012, the SEC welcomed the Aggies with open arms and tapped into the fordable recruitment territory of Texas. This put Houston, the largest city in Texas and biggest recruiting hotspot, in-between Texas A&M and LSU; smack in the midst of SEC territory rather than just Big 12.
Immediately after A&M’s announcement of leaving the Big 12 for the SEC, Missouri decided to follow suit and joined the SEC as well. This gave the SEC 14 teams with dominance over the entire south and the best recruits in the nation. The SEC is the most stable conference in college football because they haven’t lost a single team since Tulane in 1966. Although today this seems like an odd decision, an academic-focused urban school like Tulane felt like the SEC wasn’t in their best interest at the time, just like Georgia Tech’s decision to leave the SEC three years prior.
The SEC earned the highest grade on my list of college football realignments because they had absolutely nothing to lose. Although Missouri was a fairly mediocre addition in terms of the SEC, gaining Texas A&M was a huge win for the conference by tapping into Texas and the best addition of the entire college football conference realignment era.
If you enjoyed this great content as much as I assume you did, follow me on Instagram and Twitter for even more amazing material. 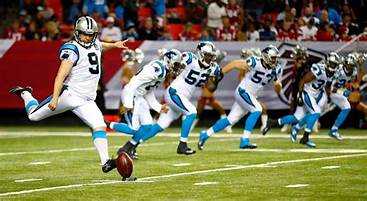 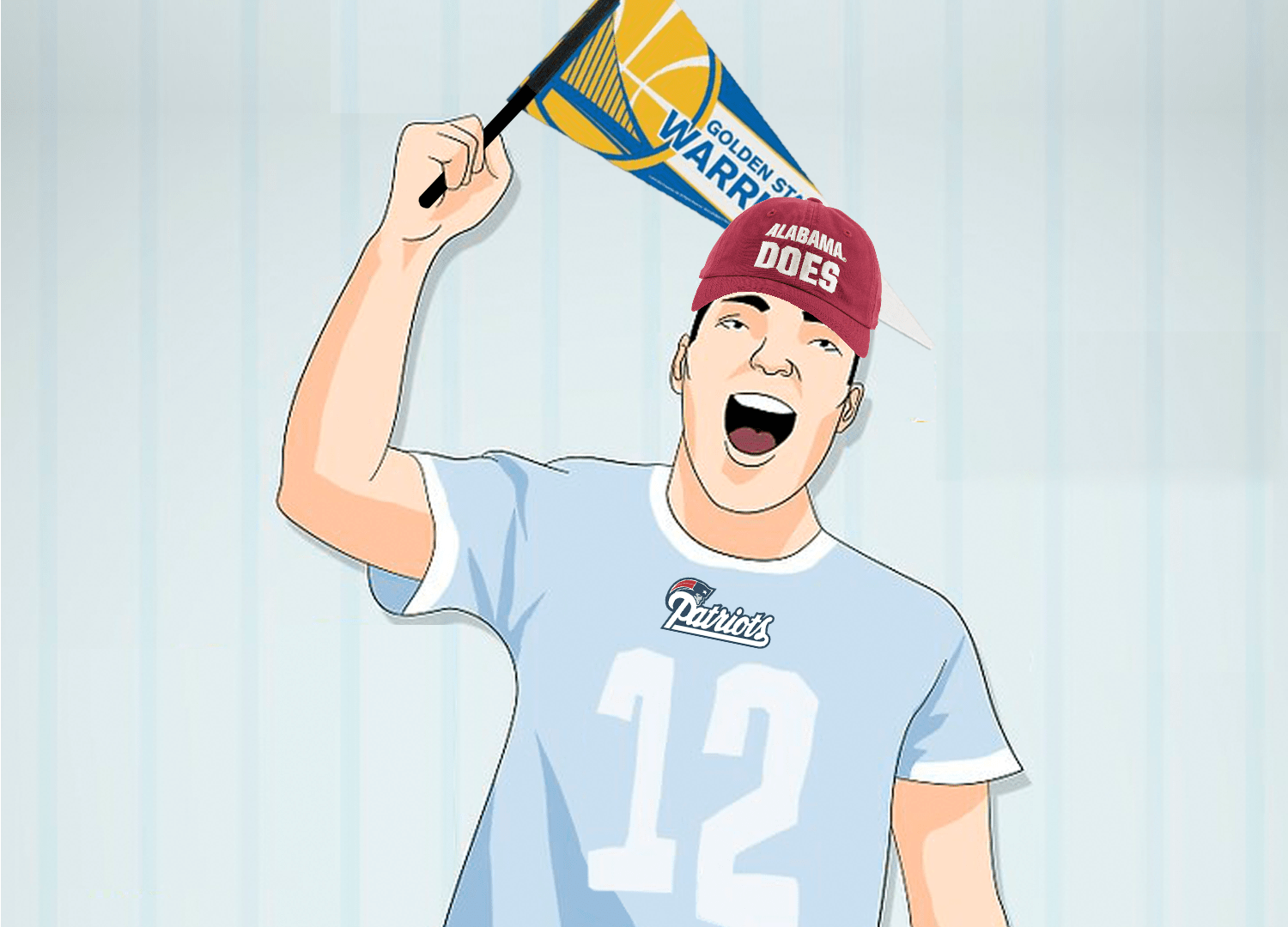