As I previously mentioned in my article, Grading all the College Football Conference Realignments since 2010, the Big 12 was the spark that ignited the entire conference realignment era. Although the conference is still considered one of the power five, it feels like they don’t hold the same authority they once held. In hindsight, there were plenty of mistakes the Big 12 made along the way. In this breakdown of what the Big 12 could have been, I’m going to analyze the mistakes the conference made and what I think they could have done better. 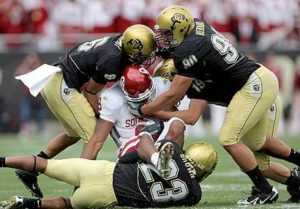 When discussing the Big 12 being at the center of the conference realignments, losing Colorado was technically the beginning of the entire situation. Smelling the dysfunctional atmosphere of the Big 12 in the air, the Pac-10 saw an opportunity to expand their conference. By 2010, they decided to extend invitations to Colorado, Oklahoma, Oklahoma State, Texas, Texas A&M and Texas Tech. Feeling like they were better suited for the West Coast, Colorado chose to accept the offer almost immediately.

Losing Colorado was the first blow to the stability and authority of the Big 12 conference. There were rumors of OU, OK State, UT and Texas Tech still considering the offer from the Pac. Although the remaining programs publicly announced their dedication to the Big 12, the attitude amongst the teams in the conference and their skepticism for the conference’s future stability was a negative affect that could not be shaken. 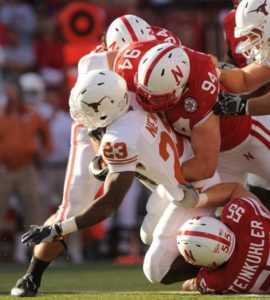 Nebraska is a historically predominant football program that holds 5 national championships, 3 of which in the ‘90s, 3 less total than Oklahoma and 1 more than Texas. They also hold 9 unclaimed national titles and 22 Big 8/Big 12 titles. Nebraska also boasts arguably the most dedicated college football fan base with 361 consecutive sellout games, dating back to 1962.

By 2009, Nebraska was frustrated with Big 12 commissioner Dan Beebe’s appeared favoritism for Texas. When rumors emerged of the Cornhuskers communicating with the Big Ten about potentially jumping ship, Beebe offered Nebraska an ultimatum. Already feeling disrespected, Nebraska chose to use the situation as an opportunity to get out of the Longhorn shadow in the conference. By 2011, the Cornhuskers were officially competing in the Big Ten.

Similar to Colorado, the Cornhuskers hadn’t been overly successful in quite some time. Regardless, the Big 12 managed to lose two predominant programs that controlled the majority of their state’s football cultures in just one year. Say what you want about the Cornhusker’s current success but their traditions and fan base make Nebraska a house-hold name that holds value in the world of college football.

Texas A&M and Missouri Leave for the SEC 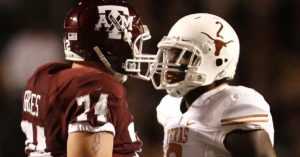 From the mass skepticism and rumors of potential departures, Texas A&M decided to take the opportunity to get out of the Longhorn shadow and leave the Big 12 for the SEC. Immediately after, Missouri made the decision to leave the Big 12 as well and they both begun competing in the SEC by 2012.

The Big 12 was able to hold onto their biggest money makers, Texas and Oklahoma but by this time they had suffered four major losses. Nebraska, Colorado and Missouri are all the major universities of their states and Texas A&M was a sleeping giant. By adding the Aggies, the SEC finally had a pipeline into the most fertile recruiting territory, Texas. Houston, the largest city in the state and biggest recruiting city in the US, was now between A&M and LSU, a hotbed for SEC recruiting. 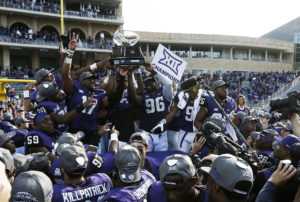 For competitiveness, TCU and West Virginia were both good additions to the Big 12. Unfortunately, those were the only additions the conference made after losing 4 teams. This left the unfortunately named Big 12 with only 10 teams. In 2016, the Big 12 was actively seeking to add two new teams to the conference. They even narrowed their list down as the 12 potential schools, mostly comprised of MWC and AAC teams, made extensive proposals. Unfortunately for the candidates, the Big 12 chose to remain a 10-team conference for the time being. 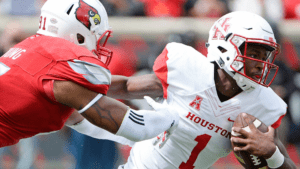 In hindsight, the Big 12 could have avoided this entire situation if they would have simply maintained satisfaction among all the teams. Assuming Colorado’s departure was inevitable though, losing Nebraska to the Big Ten would have been nearly unavoidable. The biggest mistake the conference made however was letting Texas A&M go. Not specifically for what the conference would have gained from the Aggies but what they lost to the SEC. Maintaining dominance over the heavily sought-after Texas recruiting was important and having to share it with arguably the best conference in college football was the worst-case scenario.

Let’s assume for a minute, losing all four of these teams was inevitable. In that case, the best option for the Big 12 was to expand. They started off on the right foot by adding TCU and West Virginia. The mistake they made however was stopping there. At the time of the Big 12 expansion, there were still plenty of quality Big East teams up for grabs, such as Louisville. Unfortunately, the conference missed their opportunity when the ACC added the Cardinals. In hindsight, the Big 12 should have added Louisville and Houston to combat the SEC assault on that important chunk of Texas recruiting territory. This would have also given the newly added West Virginia program an old Big East rivalry to easily get behind. In my opinion, the Big 12 would currently be on par with the Big Ten with those additions.

Of course, this is all merely hindsight and only what the Big 12 could have been. Nevertheless, here we are today with a 10-team Big 12 conference that is constantly rumored to consider adding two more teams that will likely never come to fruition. 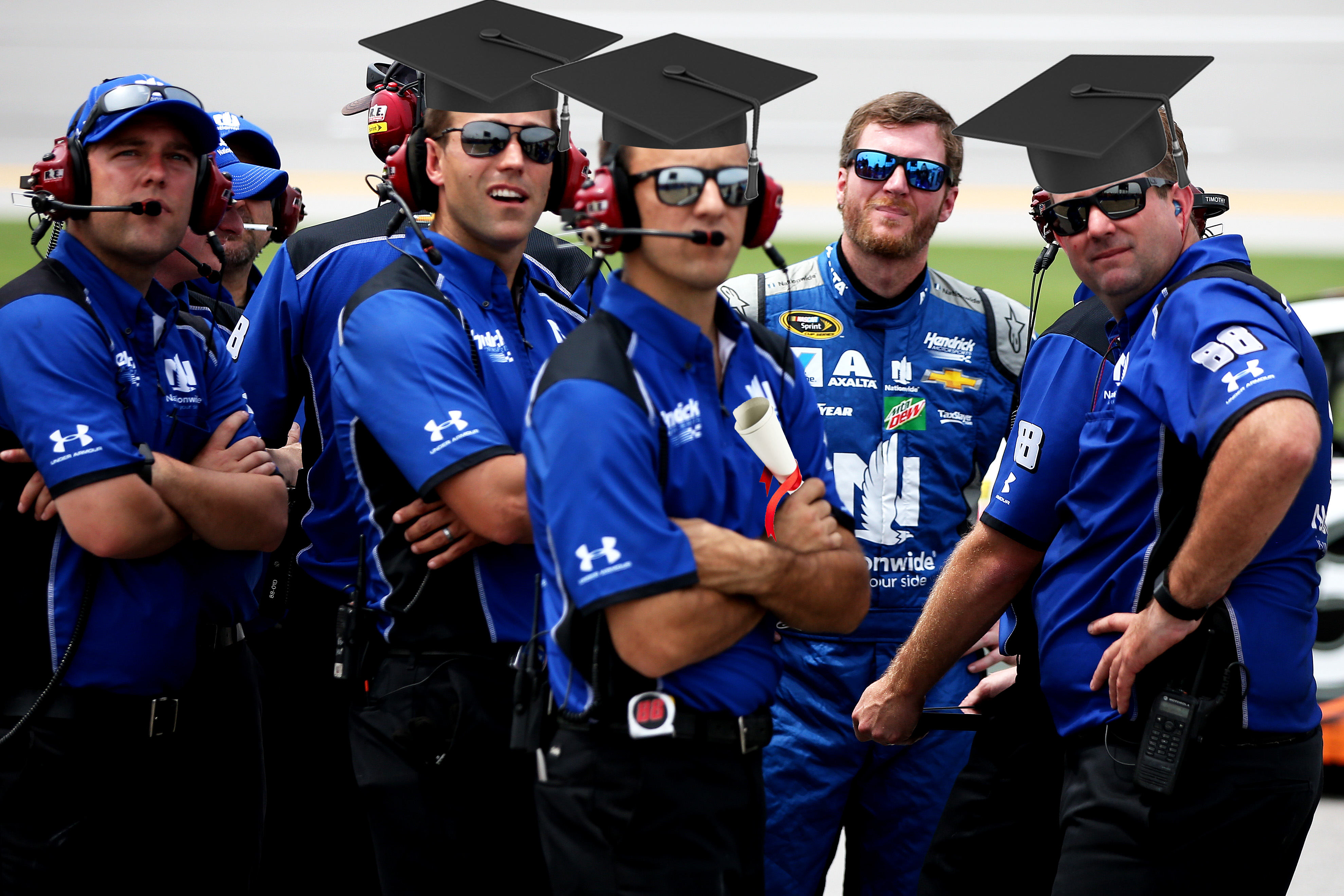 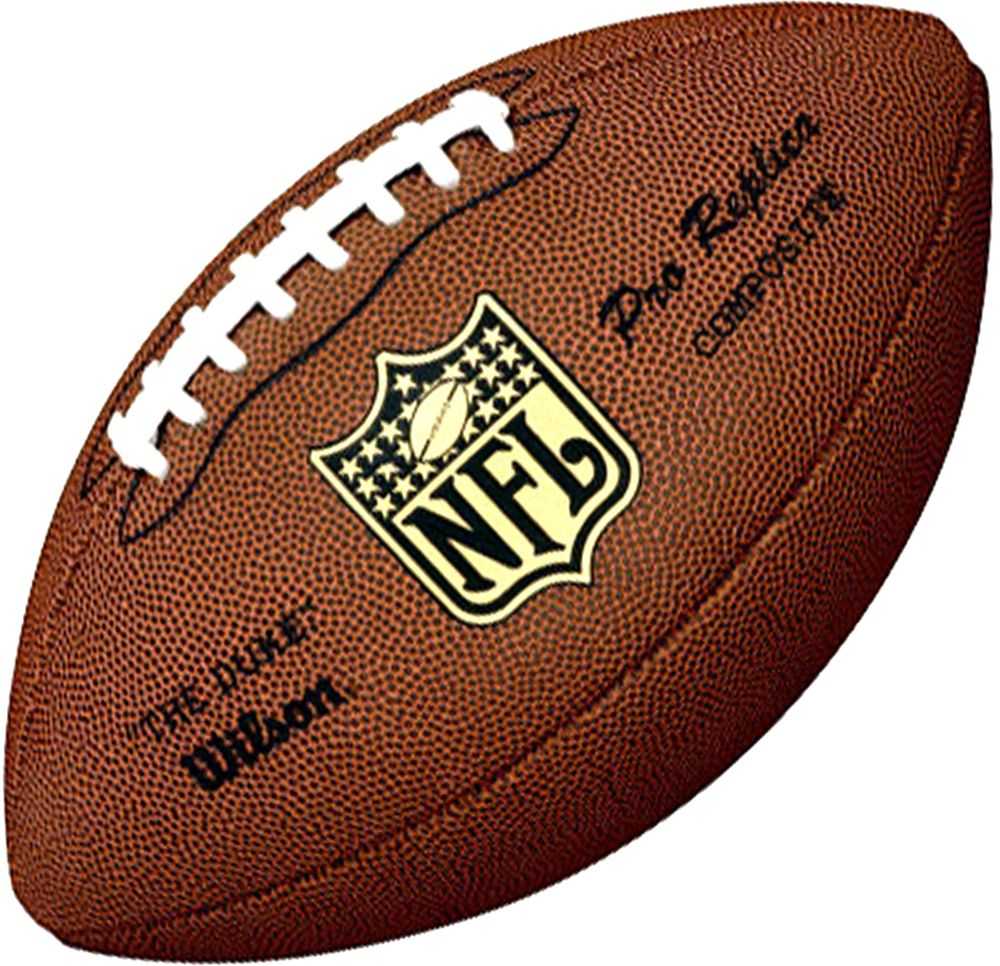