Go on with your bad self, pulling for your number one team. We all have those boys we practically suit up on the couch with when they play. Sometimes, though, you need something to do in the off-season. After all, sports don’t have to be taken seriously at all times. Could it be, you’re new to sports? Maybe none of your hometown teams have a shot at winning anything *cough* Phoenix *cough*. Perhaps you just like sports 24/7 and, let’s face it, your teams can’y play every night. I’ve put together 10 commandments to live by in order to be a tolerable bandwagon fan when duty calls.

1. Thou Shall Not Bandwagon a Team w/ Fans

This is number 1 because it is the most important. There are certain teams out there that just don’t need more fans. The list below includes all teams that must be avoided, no exceptions:

Remember, this is just for bandwagoning purposes. If you are from one of these cities, feel free to support your team. However, if you root for any of these teams regularly and you have no affiliation with their city, you’re the sports fan no one invites to a game. That’s why Yankees fans are run-of-the-mill folk. There’s just so many of them, no one is unique. Thou shall not be run-of-the-mill.

2. Thou Shall Not Bandwagon a Team w/ Recent Success

This defeats the fun of it. Nobody likes a person who will jump on the Washington Capitals bandwagon just because you’ll get to experience numerous wins. First, you didn’t suffer through the tough times, so nobody will care how you feel when victory comes. You are more than welcome to celebrate, that’s the beauty of sports. Just don’t expect anyone to give you the time of day when you rejoice. If they do, just know they aren’t listening.

The best way around this is to pick a team with no success, but with some future. I, myself, jumped on the 76ers bandwagon three years ago. With they way things have trended, I should reap the benefits here, shortly. Sometimes you win, sometimes you lose. ‘Tis the beauty of the bandwagon. If you pick a team with recent success, you’re a cheater. Real fans will have no regard for your sense of loyalty. Do not confuse bandwagoning with fair-weathering.

3. Thou Shall Always Claim To Have Been a Fan Since Birth

So, I just broke this commandment above by telling you when I became a 76er, but this is an extenuating circumstance. Normally, you would catch me wearing my Sixers gear and if you asked me about it, I would stick to my guns. “Oh yeah, my whole life. Trust the Process, babyyyy!” The point is to conceal your bandwagoning.

You should always be proud of being a fan. Never let someone belittle you for being a bandwagon fan. They are weak. They are jealous. However, if you go around advertising your banwagonness, you may lose credibility when it comes to measuring competitiveness. Bottom line is, act like you’ve been there before.

4. Thou Shall Purchase and Don One Piece of Apparel Minimum

If you collect jerseys, hats, neckties, or anything else, you’re set. If you don’t, you must purchase one piece of apparel of the team you wish to bandwagon. You are then not allowed to avidly root for your new team unless you are wearing at least one piece of apparel. It can be the purchased piece, but doesn’t necessarily need to be. This is important because no one is a fan without proof. If John Doe claims to be a die-hard Dodgers fan, but Mr. Doe never stunts in Dodger gear, then Doe is a liar. Thou shalt not lie. This is a straight forward rule, just buy the gear. You’re not a fan without it.

5. Do Not Abandon Mid-Game

Mid-game is also a euphemism for mid-season. Sometimes an attempt at a bandwagon jump goes unsuccessful. Nobody’s perfect. I once joined a Missouri football bandwagon. Did it pan out? No. Did I give up after two seasons? No! The point of a bandwagon is to absorb some of the pain you inevitably experience when your hometown teams suffer. Because of this, many people are looking for the quick fix. Don’t be that guy. The bandwagon effect will allow you to suffer for fewer years than normal (I suffered over Mizzou for four years, as opposed to the MSU Spartans my entire life), but it is not there to be abused. If your bandwagon team is down BIG at halftime, you’re still a fan. You don’t get to hop wagons whenever you so please.

6. Do Not Waffle Back and Forth

Just as we discussed, things are not always successful. However, if you choose to abandon a bandwagon for another one, you may not go back. No exceptions. You might as well burn every bridge you cross. I am a die-hard Red Wings fan. I have seen many a folk come through our bandwagon when we were good, and I welcomed them with open arms. However, nowadays we are no good, and those people have left. If they try to come back, the arms are no longer open. You may not come and go as you please. This is not a buffet.

7. Do Not Attach Yourself Emotionally

This. Is. Not. Your. Home. Team. Do not treat it as such. This is to protect you, and you only. As I mentioned earlier, I’ve been a Sixer fan my whole life, but I do not allow their struggles to pull at my heart strings. The bandwagon offers a relief from the hometown squad, let it be just that. Once you become an emotional follower of your bandwagon team, you’ve stripped yourself of all stress-relief they offer. I see this happen far too many times, because guys think, “Nah, that won’t happen to me.” Then it does. I won’t go parading when Philly wins its NBA Championship in three years. They’ll be my team, by all means. And I will make sure people know that. But, I will not invest my free time in their name. Clear?

This one should go without saying, but Jesus never held back so neither will I. There will be bandwagoners around you. There will be day-one fans. You may even encounter fair-weather fans (they don’t apply here). It is imperative you treat them all equally (excluding fair-weather). You are all present for the same reason, to watch your team win. It matters not where you came from. It matters not how you got here. What does matter, is that you band together with your fellow fans. All of them. A fan base is a family. If you join a bandwagon with an attitude that will divide the fan base, you will be ostracized. No fan is better than thee, and thou is better than no fan.

9. Thou Shall Not Escalate Arguments

There are certain rights reserved for day-one fans. This is one of them. Participation in escalated arguments is always encouraged. However, when a bandwagon fan starts the escalation, it makes for skewed content. Let’s all be honest with each other, the day-ones know their shit. If they want to get heated about their hometown team, by all means, let ’em. You’re not allowed to get emotionally attached. Now, you may argue heavily for the sake of backing your team, just be careful not to become so emotionally invested that you are the one taking the argument to a new level. Let the day-ones do that and you can slide right through the open door behind them.

10. Thou Shall Always Prospect New Fans

Remember, just because you are a bandwagon fan, does not mean you have zero responsibilities. See a guy on the fence? Is he asking you who to pull for this game? My goodness son, close him down like there’s no tomorrow. It’s up to him to follow the commandments, so don’t worry about bringing in a terrible fan. That’s not on you, it’s on them. Chances are, though, it’s a desperate plea for a home. Give them that home.

The main thing we all want as fans is to have more fans to celebrate with, cry with, rage with, even just to crowd around a TV with. The larger out fan base is, the more we can rejoice together. So welcome the bandwagoners. And to the bandwagoners, just follow the rules. That’s all we ask. Don’t be an annoying fan who knows nothing. Know your stuff, represent hard, and bandwagon on. 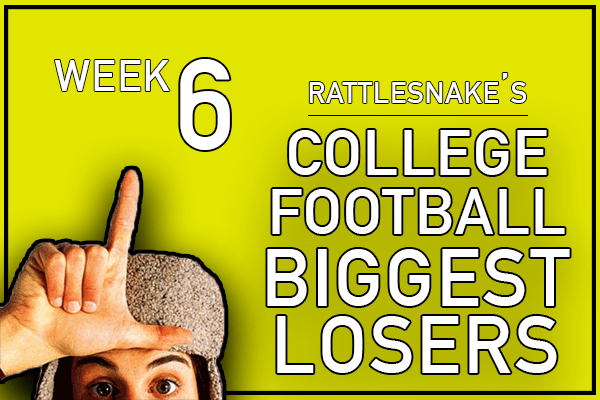 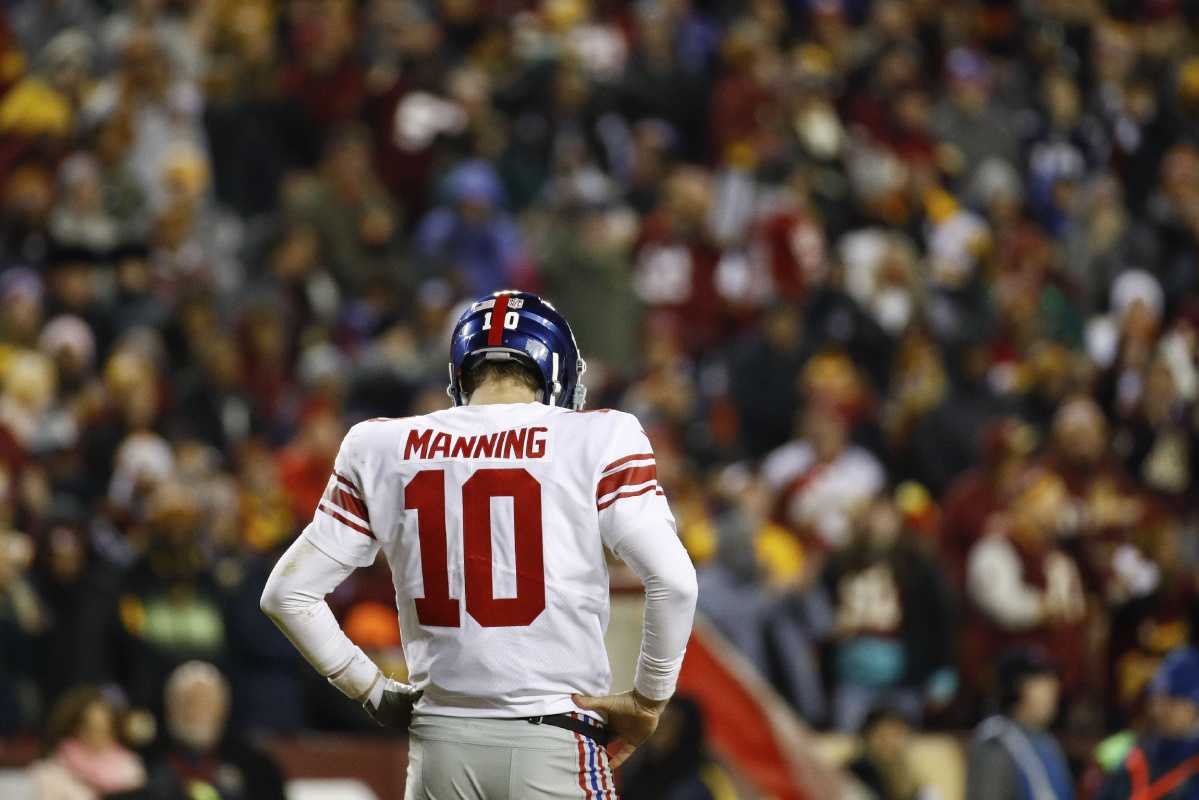 Horns Down Penalty & Why Herman is

WARNING: Reading This Article May Result in a Penalty The unofficial