Never did I think when I woke up this morning that we’d be in the mist of a spitting conspiracy theory situation that has captivated the world and has everyone asking; did Rajon Rondo really spit on Chris Paul as Paul says he did that started a brawl, or maybe just maybe was there someone else entirely who is the real culprit of #SpitGate? Like we’ve seen in past, slightly more famous conspiracy videos where the American people were unsure of exactly who fired the lethal shot, we have a grainy tape to view that is inconclusive but raises a whole vat of questions.

After a play where Brandon Engram shoved James harden after a layup, the major players in this conspiracy got in position.

After the incident, ESPN’s Rachel Nicholas who was broadcasting the game said Chris Paul said “this all started because Rajon Rondo spit in his face.”

Upon viewing the tape, you can clearly see Rondo and Paul having words then Paul put his finger up in Rondo’s face and then that’s where Rondo unleashed his inner Rondo and decided to take matters into his own hands. That’s when he started throwing hands and the brawl was on. Even one of the elders down on the floor corroborate Paul’s version of the incident.

Some spit was thrown. Such an effortless sentence that has such a powerful indictment.

Here you can clearly see Paul wipe his nose as if he got struck with spit. I believe that Paul was in fact hit with spit because I don’t believe that you would wipe your face like this before sticking your finger in the face of a person like Rajon Rondo, a man who is known to be a bit of a loose cannon to say the least, unless you feel he did something that truly crossed the line or that you had a bunch of guys with you.

Currently, the mainstream world have concluded that Rondo is the one who spit on Paul, no questions asked, investigation over lets dish out punishment. I mean, who else could have spit on Paul? No conceivable reason to think otherwise right? This is where the conspiracy, for me, a man who doesn’t accept the party line sees things a little bit differently. Fortunately, I’m not alone in my quest for the truth.

Yes, “spit was thrown” but it wasn’t from Rajon Rondo. There in fact was a 2nd spitter in play and in plain sight and that was Carmelo Anthony.

The video by @World_Wide_Wob does a very good job breaking down what I feel exactly happened here. Furthermore, the positioning of everyone involved makes sense to the theory that Anthony is the one who spit on Paul. Notice Paul wipe the left side of his face with his left hand. From where Rondo was standing, for him to spit on Paul and hit him on the left side of his nose would be a near impossibility unless physics gets broken. The fact that Paul’s head is slightly turned to the left also backs up that part of the theory. Basically, the guy couldn’t do the spitting. I don’t care if you line up 100 of world’s best spitters, no one is going to land spit on the left side of a face if the face in question is turned in that direction. But, you know who could? A person standing over that face turned to toward them. A person with the opportunity to pull of such a cue. A person with motive.

Oh you’re not sure why Carmelo Anthony would spit in the face of his now teammate Chris Paul. Well, let me tell you of a little team from the north east called the new York Knicks. Back in 2011 Anthony was campaigning to have any of his elite basketball friends to come to NYC and join him. Every single person, including Paul thought better of it and went elsewhere leaving Anthony to fend for himself in New York. The result was the Knicks and Anthony getting Smush Parkered into oblivion and the butt of every bad team NBA joke there was. You know who else wouldn’t come to New York to join Anthony, who made his home debut last night against Anthony and the Rockets? Lebron James that’s who. Anthony politiced hard to get James to go to New York while James never had the faintest idea of going to the Knicks where he would be somehow more frustrated than he was with Kevin Love in Cleveland.

So, a stewing Anthony concocted this masterful plan of signing with Houston, knowing Lebron would go to LA and waited for the right moment to cause chaos. Ingram getting into Harden was the perfect smoke screen to implement his plan and implement he did. Tip your cap to Carmelo for staging such a charade in plain sight and without conclusive evidence that he in fact was the one who spit on Chris Paul.

Oh and you want more reason to suspect Anthony was the one who orchestrated this whole thing?

Getting out in front of it. That’s how a conspiracy works. 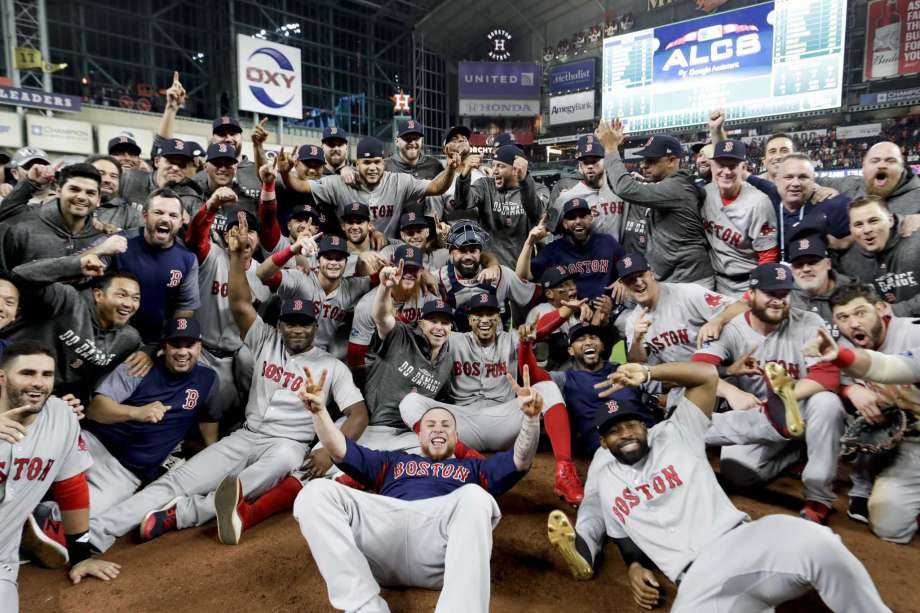 THE RED SOX ARE GOING BACK TO THE WORLD SERIES! DO DAMAGE