I’m not a UFC guy by any stretch of the imagination. I’m not against it but if I want to see two guys go at each other then I’m going to need a little bit more substance. That’s why I prefer a more real product like WWE. But last night’s fight between McGregor vs. a guy named Khabib, who from extensive research was the party that McGregor tried attacking with a hand truck. Apparently, that didn’t sit well with Mr. Khabib so they decided to settle their disagreement inside an 8 sided cage. Nothing wrong with that. I really am not sure who the favorite was nor do I really care. In the end, Khabib made McGregor say Uncle. But it wasn’t until after the scheduled fight that the fight everyone is talking about on this fine day occurred.

Pretty neat ending to what seemed like a pretty good fight. Now I’m sure there are some real UFC purists out there who say this is disgraceful and this isn’t what UFC is all about and to them I say is when your product is having two guys with no shirts or shoes in a cage whose sole purpose is to beat the life out of each other then you’re going to have some instances where it spill out into audience. A real ‘can’t make an omelette without cracking a few eggs’ type situation. And I really don’t think Dana White and the rest of the UFC brass are that upset about this. I’m writing a blog about a UFC fight and I couldn’t give a rip about UFC.

This is one of those moments that gets brought up when people think of the best moments from the past that you wish Twitter and social media was around for. This was like as if aliens came and landed and everyone saw it because  no one ever saw something like this before. Fights on the field or court between players? Sure, we’ve seen that tons of time. But players running into the stands to square off with commoners? Never thought of before. Not until some dumb idiot threw a beer on the at the time deescalating Metta World Peace. It was bedlam after that. Stephen Jackson rolling in and laying haymakers. Jermaine O’Neal using his supreme reach while sliding on the hardwood floor like he was Sub-Zero and delivering a pinpoint accurate strike right to a man’s head giving him loads of CTE. Bill Walton besides himself at what he’s witnessing. The beautiful nature and freeness that he believes basketball was all about was shattered in front of his eyes. And my favorite moment from the whole situation was this.

I’d love to know what this guy was thinking. Was he even trying to fight Artest in the first place? Did he just get moved on to the court because of everything that was going on and just so happened to be wearing a Pistons jersey standing in front of a battle charged Artest? If he was looking to fight Pacer players, why go after the Artest when Austin Crochere is probably 20 ft. away? But hey, at least he can always say and I’m sure he does when hits up the bars in Detroit, “I got my ass kicked by Ron Artest and I’m not a dead person.”

The Khabib fight in the crowd was alright but it was Khabib vs. McGregor’s posse, not the fans or Drake which is good because a UFC fighter taking on regular folk is probably not what UFC would want at least not publicly.

So to Khabib and the rest of you newly arrested entourage, good work with everything, have a splendid go with the rest of this fallout. I’m sure you’ll have more fights, win most of them. Best to just head to the Winchester, have a pint and wait for all of this to blow over. Finally, thanks for the trip down memory lane. I didn’t think I’d wake up today and watch the video of the Malice At The Palace but I’m glad I did.

PS- Anybody up for making a Malice At The Palace or the Musical on Ice? 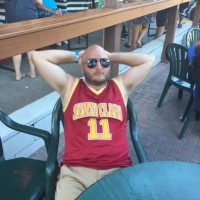 In what was a rather low-key weekend in MMA and Boxing,