This is our weekly installment of NHL Power Rankings. Editors @BellyUpYake and @BellyUp_KJ will do most of the heavy lifting. Editor-In-Chief @BellyUpZachMac will offer his rankings as well, and now that the new pod is up and rolling, he might just offer some insight. We are also working on episode 2 of our new Puck Puck Pass Podcast. Episode 1 will be released very shortly so stay tuned! Without further ado, let’s look at this week’s NHL power rankings.

There is a very good chance this team will not be this high come next Monday but for now they still deserve this spot. I will wait for them to prove all the “haters” wrong and show that they can still hang at the top of the leader board and our power rankings. A Nylander signing sure would help them right about now. Any chance his stock has gone up? I think so.

The biggest jump on my list is obviously this team. This is what happens when a team with chemistry all start to click. That is all I will say about this team.

Currently sitting with a 3 game win streak its hard to argue that they are not on a role right now. McDavid is putting together insane plays just like we know he can and his support staff is playing well around him. Look for this team to keep up the winning and continue to climb my list.

This team is surprising a few people with a 3 game win streak. I believe this team is better than their record states. I’m not foolish enough to think they are a playoff team but I do think they could make a push for a spot. A few more streaks like this and they could find themselves accidentally sitting in a wild card spot in November.

They deserve nothing but this last spot with lack luster performance after lack luster performance. A complete embarrassment! The 31st spot isn’t low enough for the way that they have played. I would like to put Seattle, Atlanta, Hartford, Quebec City, Cleveland Monsters, Bowling Green State University, and a flock of Canadian Geese all above them as well.

The Avalanche are hot, and their first line is no exception. They’ve been scoring at an unreal pace, and the support on the back end has been enough to give them the best goal differential in the league. Landeskog, Rantanen, and MacKinnon are leading the charge and Colorado is not a team you”ll want to face down the stretch.

The Leafs suffered a major blow to their offense with the news that star F Auston Matthews will miss the next month with a shoulder injury. It’s up to John Tavares, Mitch Marner, and the rest of the high powered Toronto offense to pick up the slack in Matthews absence. I’m confident, however, that as soon as Auston is inserted back into the lineup, the Leafs will be right back up at the top of our rankings.

Connor McDavid is still on a record breaking pace for TOI for a forward, and is showing no signs of slowing down. Edmonton is on a three-game win streak and have grabbed at least a point in seven of their last eight games.

Calgary has lost three in a row, including a 9-1 clubbing at the hands of the Penguins. However, things started to look up after a marathon game against Washington in which you could start to see the coaches and players alike start to find their footing again after a great start. Give Calgary a little more time, and they’ll be fighting for a top-10 spot soon enough!

With the amount of firepower, and lack of defense on this Stars team, you’d expect them to at least lose high scoring games. That’s not the case, after a 4-2 loss to the meddling Detroit Red Wings, it seems like Dallas is nearing rock bottom, and might find themselves there sooner rather than later.

A unanimous #2 on our lists, Nashville has shown no rust as they enter this season. Poised to make another run at the Western crown, the Predators have the skill, physicality, and chemistry to be a threat all season long. Bridgeston Arena is also becoming increasingly more difficult to play in. Giving this team home ice advantage could be very dangerous.

KJ’s team cracks my Top 10 for no other reason than he would have called me out if they weren’t. And I’d have no argument. I’m not the type of guy to have no argument. And they deserve this spot. For now. Can’t wait until they fall off. Until then, my hat’s off to Kane, Toews, and DeBrincat. ‘Nuff said.

I haven’t given up on this team yet. They can still match up with the best of ’em on any given night. You’ve ever been hungover after a night of partying? Yeah, okay. Now, turn that night into a summer. And turn the next morning into a 82-game hockey season. That’s the life of the Capitals right now. I maintain my mercy for the time being. Stay tuned.

Not surprised whatsoever by this team’s performance so far this year. They were a fluke last year and I have no problem with that claim. They won’t tickle the Top 5 of these rankings for a few years. They’re right where I expected them to be this season. Not a threat with little talent. Don’t expect these guys to make a run anytime soon.

My boys are fighting, and fighting hard. Unforchhh, this isn’t a fighting power rankings. It’s NHL. And they’re dead last. I’m still a fan, and I will be for life, but these fellas can go dozens of shifts without a scoring chance. No exaggeration. It’s tough to watch. It doesn’t surprise me that they can’t fill seats at the moment. Here’s to hoping they can lift themselves from this spot at some point this year.

**Be sure to follow us on twitter for daily pick advice and competitions. Also give our brand new account @BellyUpNHL a follow. It’s a one stop shop for all things NHL, including our Puck Puck Pass Podcast dropping any day now!** 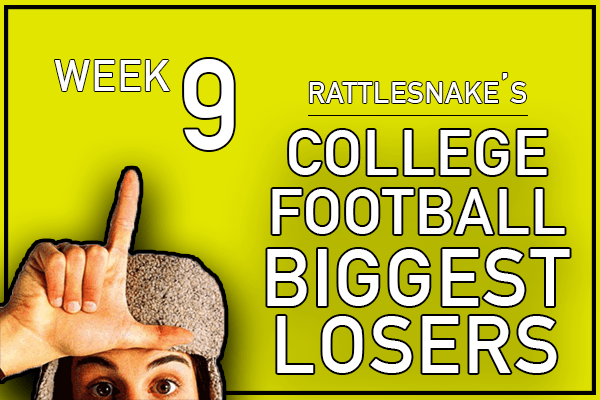