Most fantasy players can agree that the most difficult part of managing your fantasy team is optimizing your lineup each week. When setting your lineup, it’s essential to take into account injuries, matchups, and probable game scripts. Before we take a look at this week’s best start/sit options, let’s see how accurate my predictions were from Week 7:

Andy Dalton (CIN v TB) After a rough performance against Kansas City in Week 7, where Dalton managed  to throw for just 148 yards, he’ll get a favorable matchup at home against Tampa Bay. The Bengals will get to face the worst ranked passing defense in the Buccaneers, who have allowed 328 passing yards a game. Although he had a tough time in Kansas City, I wouldn’t shy away from putting Dalton in your starting lineup Week 8 with a great matchup against the struggling Bucs defense.

Must Sit:
Eli Manning (NYG v WAS) Eli was listed as my start of the week in Week 7, when he passed for 399 yards and one touchdown pass late in the game against the Falcons. This week, the Giants play the Redskins defense that has allowed the 13th fewest passing yards per game at 238. Manning will only be a streaming quarterback option for bye weeks or injuries the rest of the 2018 season.

Running Backs
Must Start:
Kerryon Johnson (DET v SEA) The Lions finally have a run game! Going into this season, the Lions hadn’t had a 100 yard rusher since Reggie Bush in 2013, but that changed Week 4 against the Patriots when Johnson had 101 yards. He topped that rushing effort in Week 7 against the Dolphins, rushing for 158 yards. Johnson is averaging 6.4 yards per carry so far this season, and looks to continue his impressive rookie season against the Seahawks, who have allowed 120.7 rushing yards per game.

Must Sit:
Jordan Howard (CHI v NYJ) Howard has slowly been losing playing time to Tarik Cohen, and rightfully so as Cohen is helping the Bears move the ball more efficiently in Matt Nagy’s creative offense. This far into the season, Howard is averaging just 3.5 yards per carry and has 2 total touchdowns. I expect Cohen to continue eating into Howards touches as he helps creates matchup problems for opposing defenses. Until Howard starts seeing more touches, he can stay on the bench.

Must Start:
Jordy Nelson (OAK v IND) Amari Cooper has been traded to the Dallas Cowboys, leaving the Raiders with questions about who’ll become the team’s primary receiver. Nelson seems like the logical answer as he’s 2nd on the team in receiving yards with 323, and 1st in touchdowns with 3. Nelson should see his targets increase with the absence of Cooper, and could prove to be a great start in Week 8 against the Colts, who have allowed 264 passing yards a game.

Must Sit:
Alshon Jeffery (PHI @ JAX) Jeffrey has been a bright spot in the Eagles’ offense since returning from injury in Week 4, as he has gone for 306 yards and 4 touchdowns on 25 catches. Those numbers look really good, but the last time the Eagles played a defense with a true shutdown corner was against the Vikings in Week 5, when Xavier Rhodes shadowed Jeffery and held him to just 2 catches for 39 yards.

Jeffery should expect similar treatment from Jalen Ramsey this week in London. The Jaguars’ defense is allowing just 180 passing yards per game, which is a league best, so it might be best to bench him if you have any other options.

Must Start:
Jared Cook (OAK v IND) Cook has been having a great 2018 season, with 2 touchdowns and a team high 400 receiving yards. Cooks should see an increase in targets, as a result of the Raiders trading Amari Cooper to the Cowboys.  Cook has a decent matchup against the Colts defense, which has been the 10th worst against opposing tight ends this season.

Greg Olsen (CAR v BAL): Greg Olsen had just 5 yards last week but managed to save his fantasy day with a touchdown. Constantly battling injury, Greg Olsen has not caught more than 4 passes in the few games he’s played this season. I would expect this trend to continue this week in a bad matchup. It could be wise to sit Olsen in Week 8 as the Ravens have the second best passing defense, allowing just 190 pass yards a game. 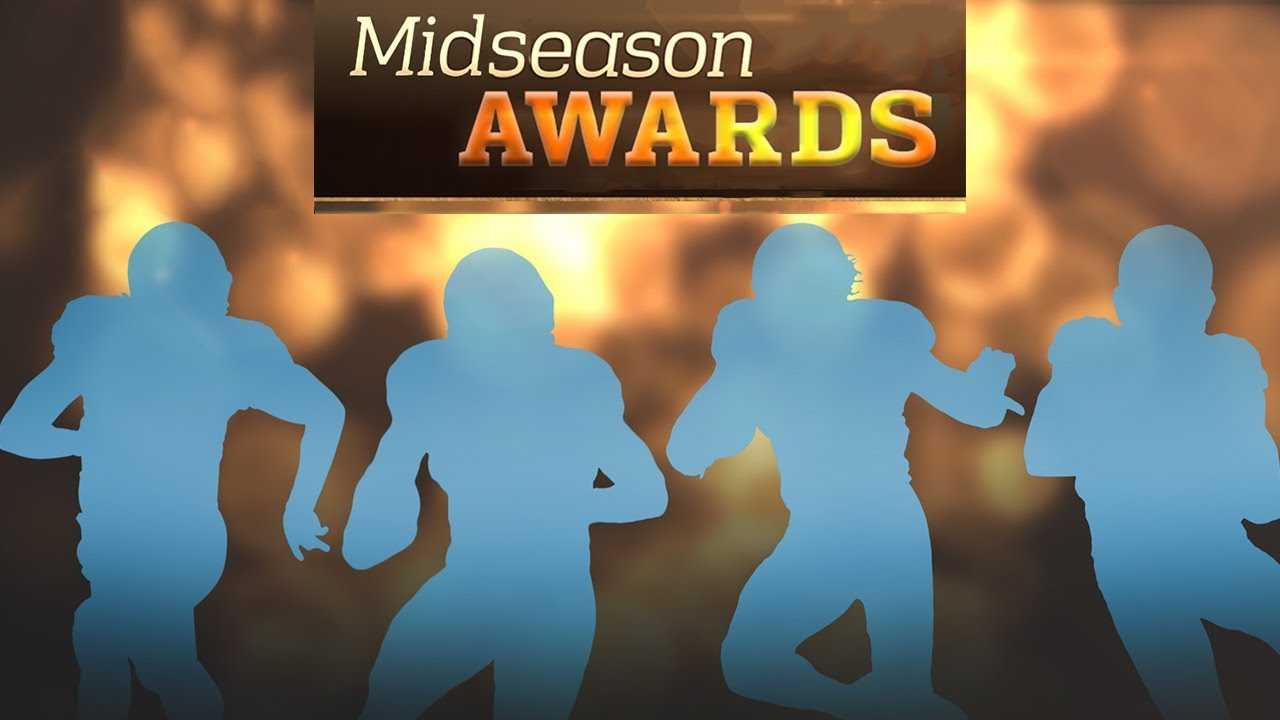 The Halfway Point Of No Return Mid-Season Awards