These are your Western Conference front runners at the moment. Well okay, they’re tied for that honor with Jets of Winnipeg, and they’ve played one more game than the Jets have, BUT LET THEM HAVE THIS DAMMIT. In all honesty, though, the Calgary Flames have been extremely fun to watch this season. Not only that, but they’re also one of the few teams who have consistently improved over the course of this season. If they’ve flown under your radar… well… let’s upgrade that radar.

Ahh, I’m kidding. It’s completely normal to forget about an Iginla-less Flames squad, but make no mistake, they’re the real deal. They’ve won three straight, eight of their last nine, and have a 12-2-1 record in their last 15 games. Scorching.

The Calgary Flames have struggled to have that household name in the blue paint since the exit of Mikka Kiprusoff in 2013. This year, they’ve rotated Mike Smith and David Rittich, with Rittich actually posting the more impressive numbers to this point in the season.

Mike Smith, a 13 year veteran, is playing in his 2nd season with the Flames. Although not terrible, his numbers certainly haven’t been where he wants them to be this year. Smith has started 19 games and ammassed a 11-7-1 record. He allows just a whisker under 3 goals per game with a GAA of 2.99, and a save percentage of .888. The record isn’t awful, but his GAA and SV% are not championship caliber numbers. Last year, Smith finished with 2.65 GAA and a .916 SV%. He’s going to want to get this year’s numbers closer to those of last year, or he’ll be in jeopardy of losing his starting job.

Speaking of which, David, “Big Save Dave”, Rittich has been Smith’s relief this season, and boy has he stepped up. It is so important to be able to play two goalies in the Western Conference. There is much more traveling involved compared to the East, so team’s are often required to rest their netminders, especially during long road-trips that include one or more back-to-backs. Rittich has started 15 games, with a 11-3-1 record. His personal stats look a little better than Smith’s do, though. He averages 2.21 GAA and a has a SV% at .925. Those are championship numbers. Look at every goalie that has won the Stanley Cup in the last 10 years. I bet their numbers look something like those. Rittich, just 26 years old, has a bright future ahead of him, and if he can continue to show out, he may just put Smith out of a job.

Someone poured gasoline on these boys because they are absolutely roaring on offense. The Calgary Flames can boast five (5!!) guys with at least 35 points so far this season. No other team can claim more than three, and a handful of teams don’t even have one. They just came off a game in which they scored a touchdown (PAT was GOOD) in St. Louis for the first time since the Rams moved to LA (too soon?). With the likes of Skinner, the Avalanche first line, and Ovi lighting up the score sheets, these Flames have danced beneath the coals.

Johnny, “Johnny Hockey”, Gaudreau leads the way with 45 points this season (15G, 30A). Johnny, 25 years old, was drafted in 2011 and has since been the cornerstone around which Calgary has built. He has been a consistent leader, both statistically and emotionally, and he has the Flames in a place to contend. He averages over 20 minutes a game on the ice, which is pretty impressive for a forward. Not to mention, he’s +12 in +/-, meaning his ice time has been well deserved. Gaudreau was the franchise player since his inception. Now, though, they’ve started building around him.

What’s better than one young buck? Well yes, snickerdoodle cookies are better than most things out there, but that’t not what we’re talking about. YES, two young bucks, that’s right. Matthew Tkachuk, 21 years old, trails only Gaudreau for team points with 40 (15G, 25A). Tkachuk has shown a ton of promise on the ice this season, and his ability to keep pace with Gaudreau is a big reason why they have the most points in the West right now. His turnover numbers are great compared to the points he puts up, and he is also very solid on the power play. His 6 PPG are second on the team, behind only Sean Monahan.

The glory stat! We touched on the two hottest point getters for the Flames, but as you may have noticed, their assists are doing most of the heavy lifting. So, if not Jarome Iginla, who is putting these pucks in the net? So glad you asked. Sean Monahan is the team’s leading goal scorer, and third leading point getter (39P – 20G, 19A). Sean plays just under 20 minutes a game, and he leads the team in PPG with 8 tallies on the man advantage. Oh, he’s also only given the puck away 25 times while snagging 42 takeaways so far. Coach has to love that. It remains to be seen if he can eclipse the 40 goal mark, but he’s got a fan in me. Monahan was the first flame to blaze through that 20 goal milestone, but I’m sure he won’t be the last.

Elias Lindholm is right on Monahan’s tail, with 37 points (17G, 20A). Lindholm is the only other forward, besides Gaudreau, who is averaging over 20 minutes of ice time a game, and he’s actually a tad ahead of Johnny. He, like Monahan, is just 24 years old, so the Flames are looking to ride this core for as long as possible. Lindholm has 5 PPG, just a tally behind Tkachuk and sits third best on the team. The most impressive thing about Lindholm, though, is his +/-. He’s tied for best on the team at +21. The Flames may be looking at +/- as a key factor when deciding ice time, because Lindholm and Gaudreau are excelling in that category and getting plenty of ice time.

Mike Giordano won’t be left out. Giordano rounds out the 35 point club right at 35 points (6G, 29A). He is also the man who, by far, gets the most ice time for the Flames. Surprise, surprise, he’s also the man tied with Lindholm for the best +/- on the team, +21. Giordano is solid support on the blue line. There just isn’t much wavering with him. When he suits up for your team, you know what you’re going to get. He won’t “wow” you every night, but he also won’t cost you. That presence on the back end, I’m sure, is a huge support for the young guys going 110% on offense.

As far as I’m concerned, they’re an absolute lock. They don’t have that streaky type of play or inconsistent spread of wealth that we saw with the Sabres’ run earlier this season. I think the Flames have really figured out what works best for them and they are hitting it as hard as they can. They have an upcoming game in Dallas that I think will be fun to watch, but I would encourage to turn as many games on as you can for this team goiing forward. If they can stay healthy, they may take some teams by surprise in April and May. 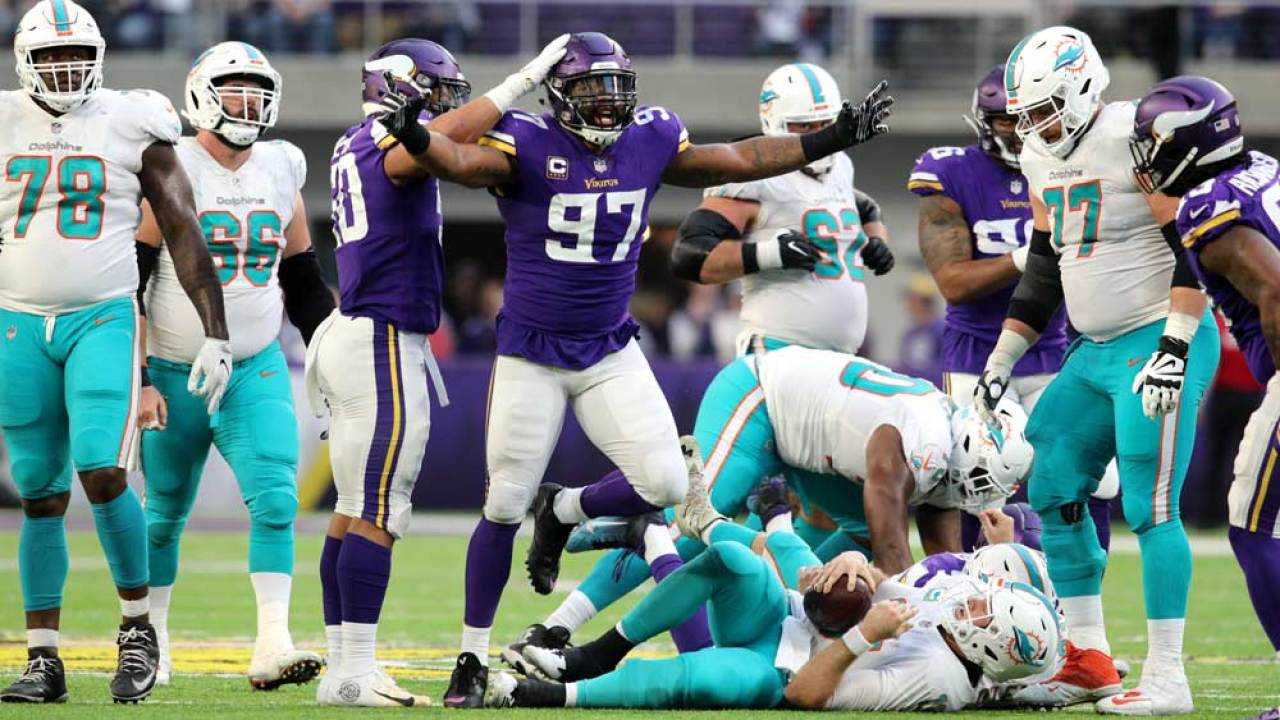 Dolphins vs Vikings: I Was A Bit Off 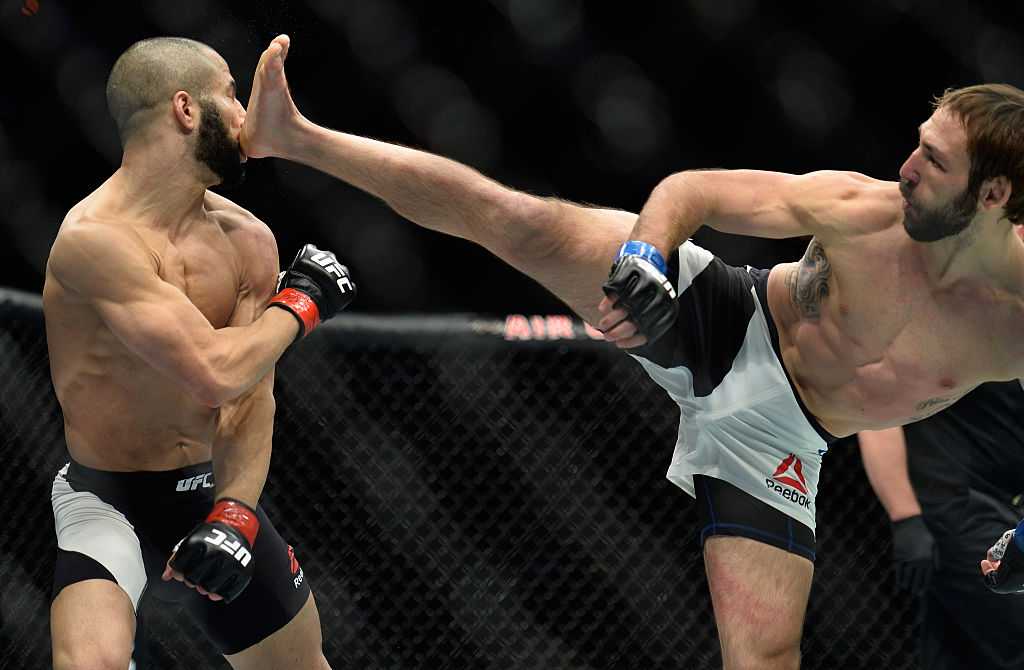