If you haven’t heard about the new CSGO update then you either live under a rock or you definitely don’t play enough CS. But before you go off to play to patch your shattered pride, you’ll probably want to finish reading or you might get yelled at more than usual. If you have heard about the update then you do play enough CS, good job! However, you’ll also probably want to keep reading because I’ve taken the time to crunch the numbers and make some pretty diagrams.

As the new voice for Belly Up eSports, I will be breaking down each update from lowest impact to highest because if I list the good stuff first you probably won’t scroll down and read about the new directional voice chat features (don’t worry, I wouldn’t either).

Valve added a new feature that you can turn on that will play your team mates in-game voice in the direction they are relative to your location in the virtual space of Counter-Strike. While this is a pretty cool feature in theory, in practice it’s actually just confusing and annoying. On top of the fact that there is already enough trouble balancing voice volume with game sound volume, general screaming, and teammates discussing the finer features of your mom, it will also distort the direction of every other sound you hear. So if a teammate starts yelling about someone at B while you’re at A and you hear footsteps coming, you might think they are coming from a completely different direction. 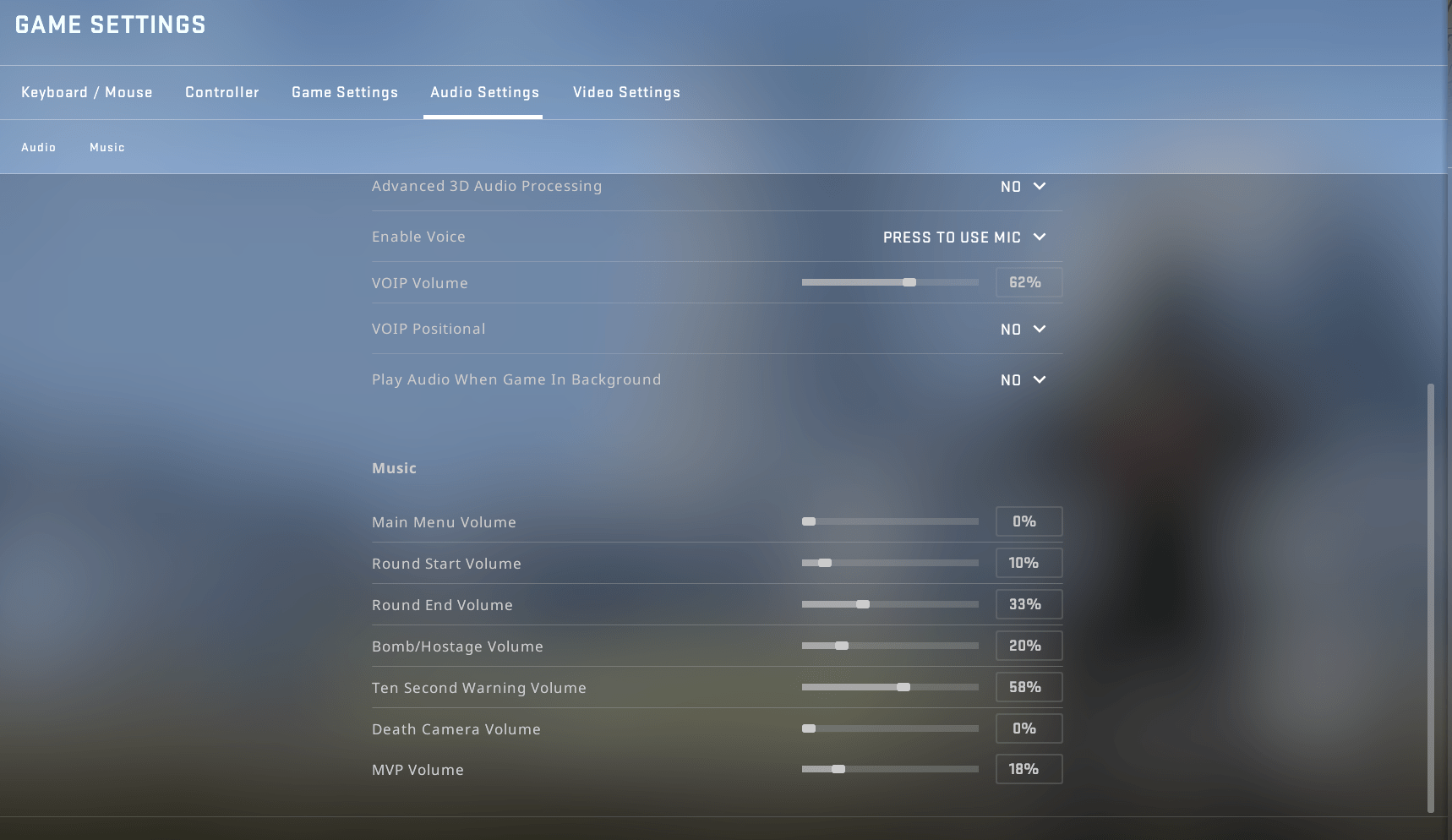 Have you ever had one headphone in your ear while you heard a weird noise and freaked out trying to figure out where it came from? Yeah, it’s kind of like that. On the other hand I suppose this feature could improve teamwork. They should have voice sound be directional only when a teammate is close to you. Then when someone says “flashing” and you hear it out of your left ear, you’ll know they are right behind you and flashing for you.

If you didn’t already know about these updates then I have very good news for you, they removed de_canals from the competitive map pool! I can’t tell you how many times I queued with friends who wanted to roll the dice on the map pool and we ended up on that terrible map. Now if valve would just take it out of the game completely, that would be great.

The map has been replaced by de_austria, which isn’t nearly as bad as canals. I still don’t think it’s up to par with any of the current maps in the professional Counter-Strike pool, but at least I won’t get queued up in de_canals again. 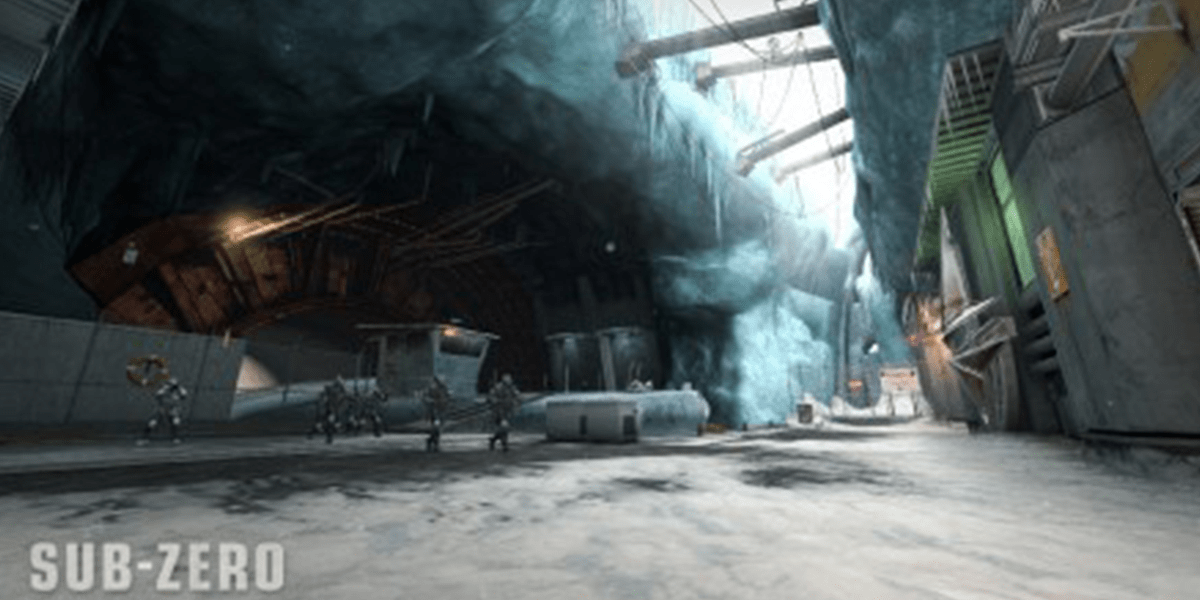 They also added two new maps in the casual map pool, Biome and Subzero. Personally, I think Subzero actually has some serious competitive map pool potential as far as layout goes. Both of these new maps are beautiful and neat. I recommend trying them out.

So the gun changes are actually pretty massive. They finally nerfed the CZ, which looking at the update was actually ridiculously over powered. Before the nerf you didn’t have to control the recoil of the first 5 bullets at all. I think they left it like this because they were trying to balance the pistol rounds and give the losing team a chance at winning. But now with the economy changes, they no longer think a ridiculously over powered pistol is necessary. 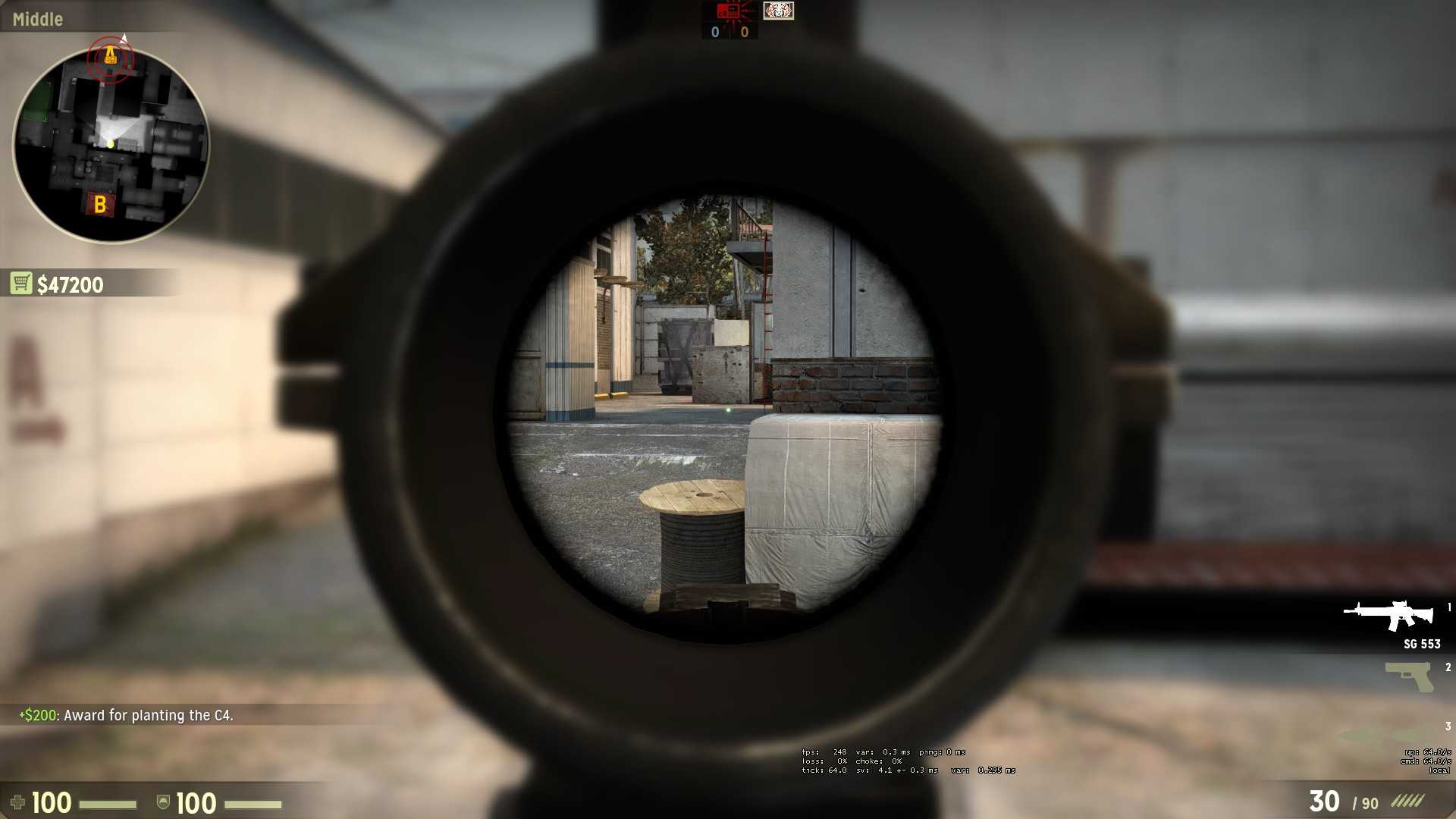 They also buffed the Tech 9 by reducing the inaccuracy and increasing the recovery rate. So if you used to love running around doming people with the Tech 9, then you’re in luck. I’ve already switched by to the Tech 9 / Five-seven combo.

They also reduced the price of the SG553 (krieg) and the Aug so that both guns are now only $50 dollars more than their primary counterparts (AK/M4). This makes them a lot more viable than they were, and note that the SG is actually better than the AK in almost every single way except movement speed. It’s very likely that you will start seeing these weapons more and more as people get used to them in deathmatch servers. I’ve personally seen pros use them to an extreme advantage quite a few times in pro league. One example was Elige in pit on dust_2, he just zoomed in a popped a head. The AK only has a 50% accuracy at that range, while a scoped in krieg has a 100% accuracy (that means that even if your crosshair is perfect you only have a 50% chance of hitting them with the AK).

Okay now you’re ready for the big boy changes. Honestly, if it wasn’t for this update I would probably have said this was a pretty huge update but with these changes, this is an unprecedented update. Valve changed the economy so that after the first round pistol of each half, the losing team is already on a second round loss bonus. So instead of receiving $1400 second round and then $1900 losing third round, you will receive $1900 and then $2400! 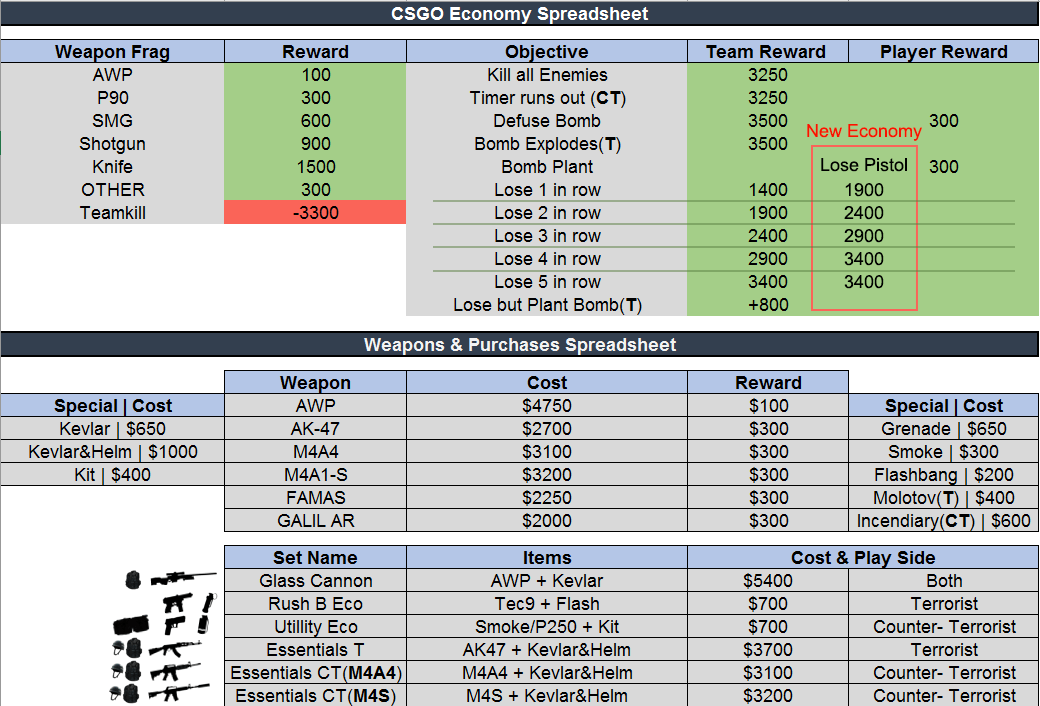 So now you’re seeing teams scrambling to figure out which rounds they should save or buy. For example, Cloud9 (with Golden and Flusha) did this super weird save on overpass where they did basically an eco buy after winning the first round of CT side but when they lost the round they did not have enough to buy anything and ultimately it cost them the game. I’m noticing a trend with this new change and that is that the T side is now way stronger than the CT side.

For example, on the T side you can buy nothing ($800) and rush to plant the bomb giving you the $1900 loss bonus, $800 for planting, and the $800 already in your account. That’s $3500! Which means, if you get one kill on pistol round you can get an AK and full head armor on the second round! So now the T’s have just as much money as the CT’s on the second round, but keep in mind that the terrorist side is a lot cheaper.

My advice is that if you’re on the CT side, do not let the T’s plant the bomb on the pistol round. If they do plant the bomb, do not lose the next round. Saving your money on the second round CT win will end up costing you more than just buying all out and trying your best to win. Take it from Cloud9, they tried it and lost. There’s nothing you can do, but try as hard as you can to stop the bomb plant and win the second round. 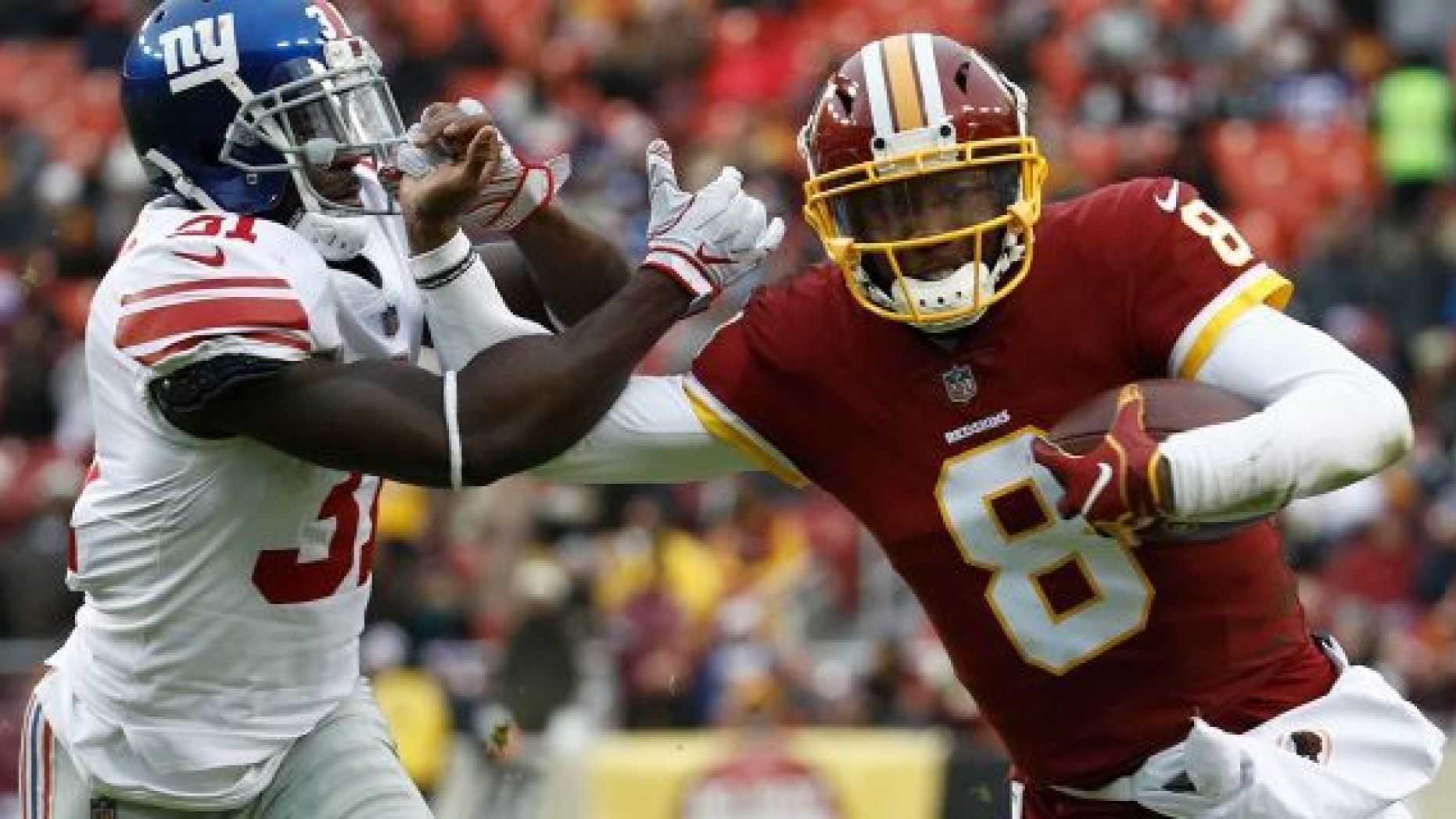 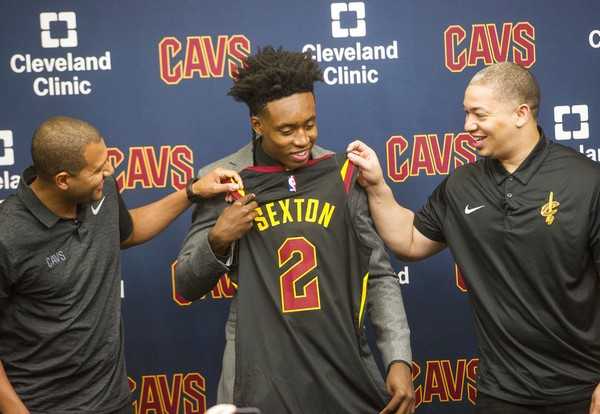 Why Labelling Collin Sexton a “Bust” was Wrong