Most fantasy players can agree that the most difficult part of managing your fantasy team is optimizing your lineup each week. When setting your lineup, it’s essential to take into account injuries, match ups, and probable game scripts. Before we take a look at this week’s best start/sit options, let’s see how accurate my predictions were from Week 12:

Must Start:
Case Keenum (DEN @ CIN) The Broncos came out of Week 12 with a tough win against the Steelers where Keenum threw for 2 touchdowns. This win allowed the Broncos to stay in the AFC wild card picture. In Week 13, the Broncos are taking on a Bengals defense that surrendered 258 passing yards and 4 passing touchdowns to the Browns in Week 12. The Bengals have been one of the worst defenses this season, allowing the 2nd most passing touchdowns (25) and the  2nd most passing yards per game (292), giving Keenum and the Broncos a great match up that should keep their playoff hopes alive.

Must Sit:
Matthew Stafford (DET v LAR) The Lions offense has taken a few hits this season after trading away arguably their best wide receiver to the Eagles and losing another top receiver in Marvin Jones to IR. Stafford is not having the best of seasons himself, throwing for just 17 touchdowns which leaves him tied for 16th and 10 interceptions, which is the 8th most between all quarterbacks. With a tough match up on hand and against former teammate Ndamukong Suh, I expect the Rams to have Stafford running for his life, causing him to make poor decisions and throw errant passes.

Running Backs
Must Start:
Austin Ekeler (LAC @ PIT) Melvin Gordon will not be playing for a few weeks, leaving the Chargers with Austin Ekeler and Justin Jackson at running back. Against the Cardinals in Week 12, Ekeler rushed 5 times for 35 yards and a touchdown while hauling in 10 catches for an additional 68 yards. Philip Rivers and the Chargers love to use their running backs as receiving backs, which gives Ekeler huge upside for this Week 13 match up against the Steelers.

[Author’s Note: Bonus:
Spencer Ware (KC @ OAK) The Chief’s cut star running back Kareem Hunt Friday after a video surfaced off him attacking a woman this past February. This event propels Spencer Ware into a top running back option through the rest of the season. If you are fortunate enough to have Ware on your team, he is a must start option from here on out.]

Must Sit:
Jordan Howard (CHI @ NYG) Jordan Howard has become a touchdown dependent player, losing playing time to teammate Tarik Cohen. In the last 3 weeks, Howards has totaled just 97 rushing yards and 0 touchdowns. The Bears should look to continue to get Cohen the ball, especially in the receiving game as they try to control the game with short passes to the shifty running back. He was a high draft choice for many making him a tough sit, but I don’t expect Howard’s struggles this season to end anytime soon, so I would recommend leaving him on your bench for Week 13.

Wide Receiver
Must Start:
Josh Gordon (NE v MIN) Josh Gordon has just two touchdowns since joining the Patriots this season, but with a match up against the Vikings and Xavier Rhodes likely to miss the match up, Gordon is a great start. Harrison Smith should be lined up on Gronk or James White out of the backfield (similar to how the Eagles put Malcolm Jenkins on White in Super Bowl LII), giving Gordon a favorable match up against either Trae Waynes or Mackensie Alexander. If Xavier Rhodes is able to suit up, I would shift my attention to Julian Edelman. Either way, this should be a great match up with the Vikings trying to get a wild card spot and the Patriots trying to keep hold of the #2 seed.

Must Sit:
Allen Robinson (CHI @ NYG) The Bears are missing out on Trubisky for the second straight week due to injury, making Allen Robinson hard to trust for this Week 13 match up against the Giants. Last week against the Lions, Robinson had just 2 catches for 37 yards. With Chase Daniel in at quarterback, Robinson is a tough guy to start in your lineup.

Tight End
Must Start:
Eric Ebron (IND @ JAX) Jack Doyle’s return from injury clearly impacted Eric Ebron’s production. After Doyle was placed on IR, Ebron’s production was evident in Week 12 as he hauled 5 catches for 45 yards and 2 touchdowns. Ebron’s usage was trending downward when Doyle returned, but now with Doyle out of the picture for the remainder of the season, Ebron is the answer for the Colts at tight end. He should have steady production from now on, making him a guy you can trust to help you into the fantasy playoffs.

Must Sit:
Chris Herndon (NYJ @ TEN) Herndon has been an unexpected bright spot for the Jets this season, averaging 13.1 yards a catch with 3 touchdowns on the year. However, he has a tough match up this week against the Titans defense that has allowed just 338 yards and are the only team to not allow a single receiving touchdown to opposing tight ends. This tough match up makes Herndon a sit for Week 13. 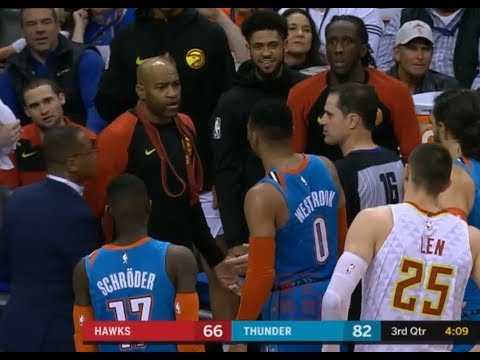