With the 2019 season of NASCAR quickly approaching, it’s only fitting to breakdown anything we possibly can about what may happen. This offseason has been chalk-full of interesting NASCAR driver changes that should surely mix up the 2019 season and how teams will fair. So, here is my prediction ranking of the best NASCAR teams for 2019.

The 2018 Championship team is returning with the same level of competitiveness, if not more so. 28-year-old Joey Logano is a driver that seems to find a way to finish in big races and he sure did so in 2018 with his first Monster Cup Series Championship. Brad Keselowski and Joey Logano are now both cup series champion drivers that could easily contend for another in 2019. 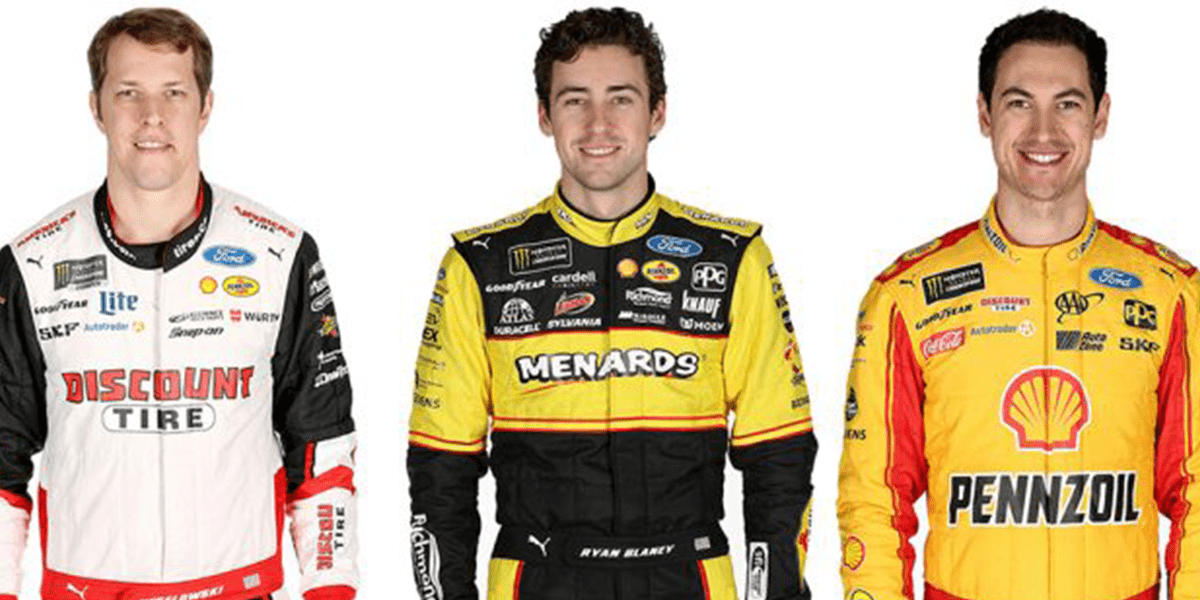 Penske also seems to have their future in good hands with their 25-year-old young gun. With two wins and 16 top-five finishes, Ryan Blaney is one of the most promising young drivers on the track. Assuming the transition from the Ford Focus to the Mustang goes smoother than Chevy’s mishaps with the Camaro last year, Team Penske will likely be contending for a championship in any given season for the foreseeable future.

JGR was a team that already had a consistent championship contender with Kyle Busch but over the offseason added one of the few others, Martin Truex Jr. Busch and Truex Jr. have both won a championship in the past 4 years and both participated in the Championship 4 race the last two seasons. Based on the outcome of the past few years, half of the 2019 Championship 4 race in Miami might be comprised of just one team, Joe Gibbs Racing. 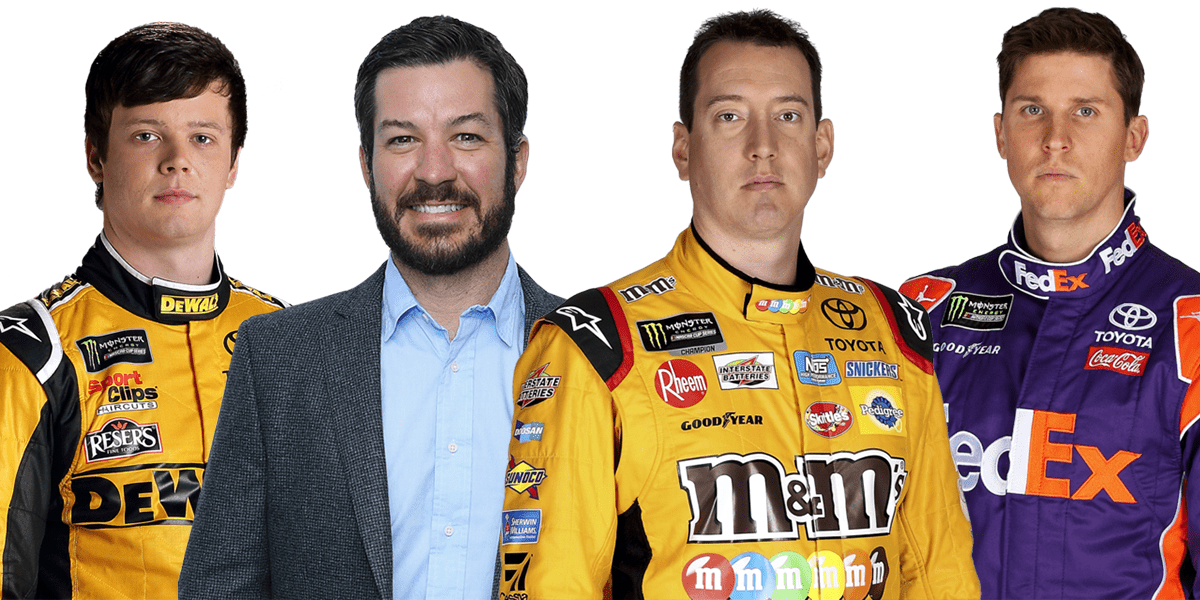 The JGR team also has Denny Hamlin who has 31-career cup series wins and could definitely contend for a championship any given season. They also claim one of the hottest up-and-coming young guns, 22-year-old Erik Jones. Joe Gibbs Racing has two – if not three – of the best drivers in the sport today and is stacked to possibly have every driver of the team in the playoffs and likely win a another championship very soon.

Last year appeared to be the perfect season for Stewart-Haas Racing to claim another championship with Kevin Harvick’s incredible year-long performance but unfortunately couldn’t quite get it done. Nevertheless, Stewart-Haas surely won’t let that slow them down. There’s no reason to believe Harvick won’t return with a similar performance in 2019. Stewart-Haas did however lose their championship veteran driver Kurt Busch to Chip Ganassi over the offseason but picked up Daniel Suárez from JGR as his replacement. 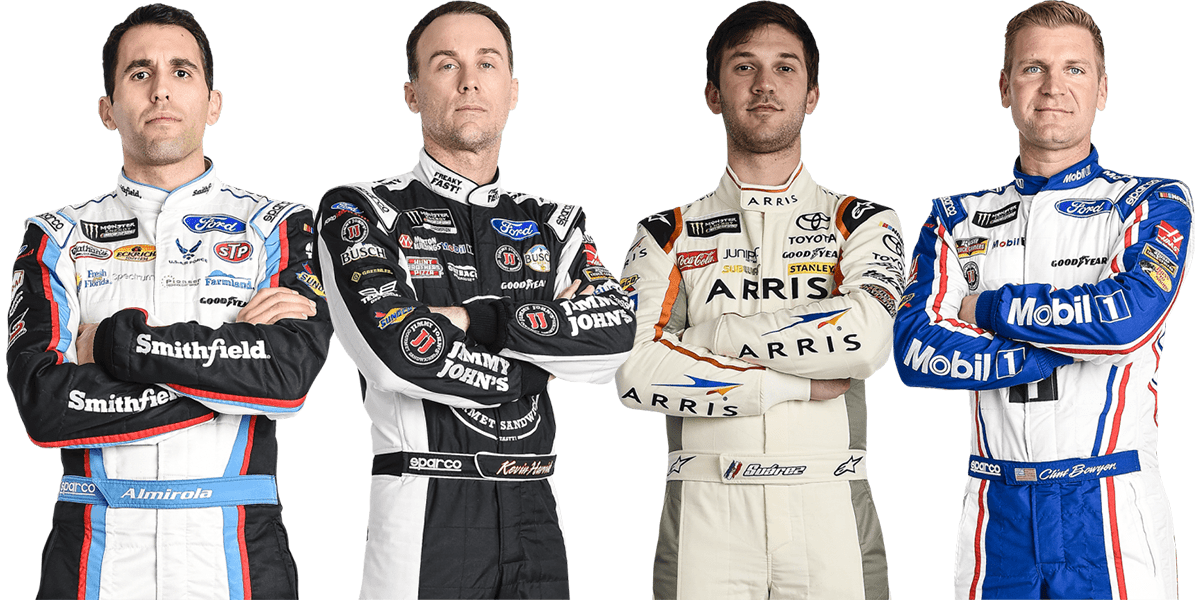 With Clint Bowyer and Aric Almirola still on the roster, Stewart-Haas now has 3 drivers who are possible playoff contenders as well as a championship driver who is eager for another shot. Replacing Kurt Busch with a young, marketable driver is a good plan for the future. However, I personally don’t think Suárez is a championship contender like Kurt Busch still is – even if he only has one or two more seasons left.

Chip Ganassi had a rough 2018 season with a combined performance of 27 top-ten finishes, 17 top-five and 0 wins between two excellent drivers. This could have been attested to the struggles the Chevy teams saw during the transition to the Camaro. Regardless, Chip Ganassi chose to part ways with veteran driver Jamie McMurray as he retires to the broadcasting booth for racing commentary. They have replaced him with another veteran however, Kurt Busch. 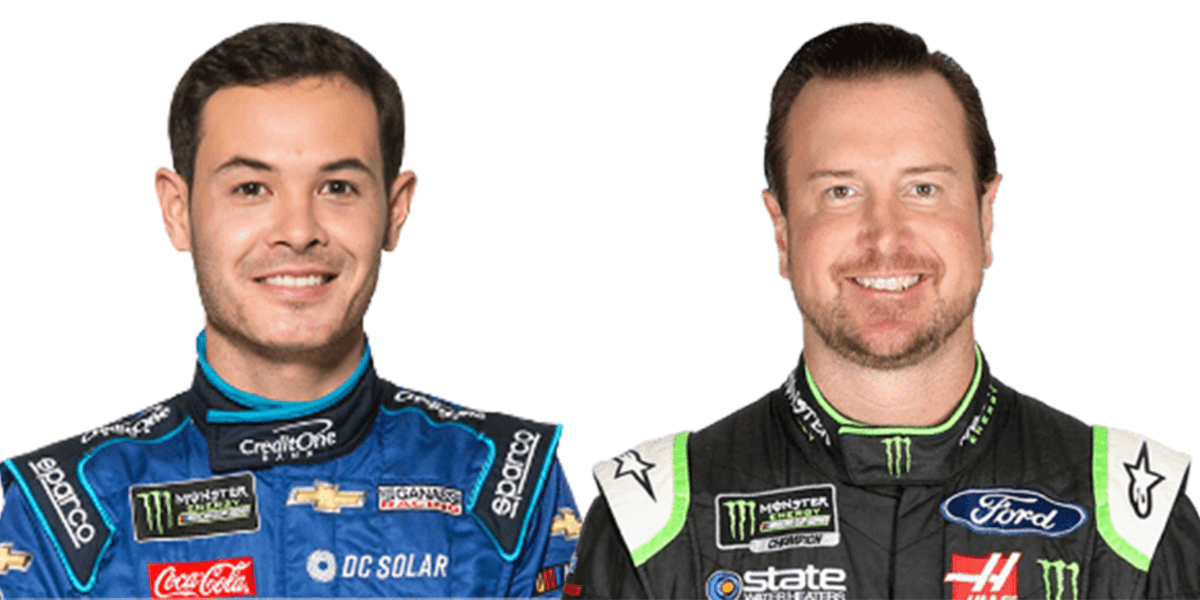 26-year-old Kyle Larson appears to be a future cup series champion – regardless of his 2018 performance – and championship-driver Kurt Busch might be exactly who he needs as a teammate to get the job done. Assuming the Chevy teams have figured out the kinks with the Camaro, Chip Ganassi appears to be the most promising team for 2019 with the largest potential to turn things around. This is my sleeper pick for an underdog 2019 championship team.

Regardless of all the issues the Chevy teams had in 2018, Chase Elliott had a standout year. He not only got his first career cup series win but rather, three in just one season. All signs point to Chase Elliott winning a championship at some point in the near future. The problem however is that their 7-time champion, Jimmie Johnson, went completely winless for the first time in his full-time cup series career. Johnson is currently tied at 6th for the most cup series wins of all time but unfortunately his career might be coming to an end. 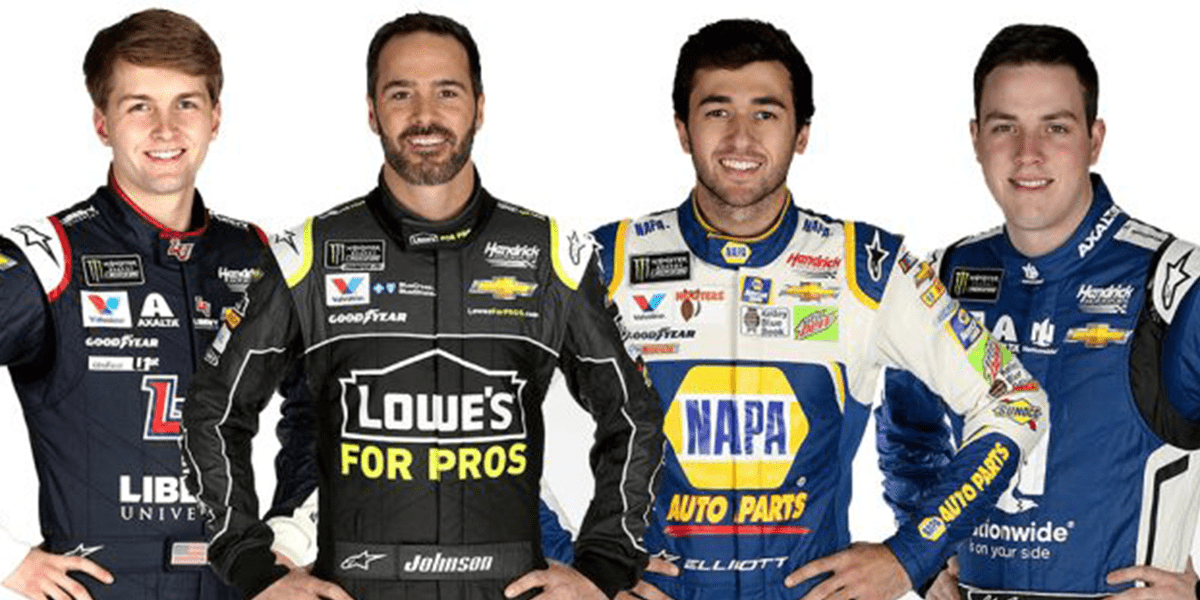 Hendrick chose to place Johnson’s championship crew chief Chad Knaus with their hopeful young star, William Byron, who was named 2018 Rookie of the Year – regardless of only having 4 top-ten finishes. Alex Bowman on the other hand, saw 3 top-five finishes during his first season driving full-time for Hendrick and could potentially be a playoff driver in the near future. Nevertheless, Jimmie Johnson not winning a single race is detrimental to the Hendrick Motorsports team but Chase Elliott looks like a serious contender for the 2019 championship.

RCR kicked off the 2018 season hot with a win at the Daytona 500 from Austin Dillon. Unfortunately, that was the only win the team claimed all season. Ever since Kevin Harvick left after the 2013 season, he took his 23 wins with him and the team hasn’t been the same since. RCR parted ways with their veteran driver Ryan Newman during the offseason and replaced him with Xfinity Series driver Daniel Hemric. This 2-car team is now comprised of drivers that are 27 and 28 years old, making them the youngest full-time cup series team with more than 1 driver in NASCAR. 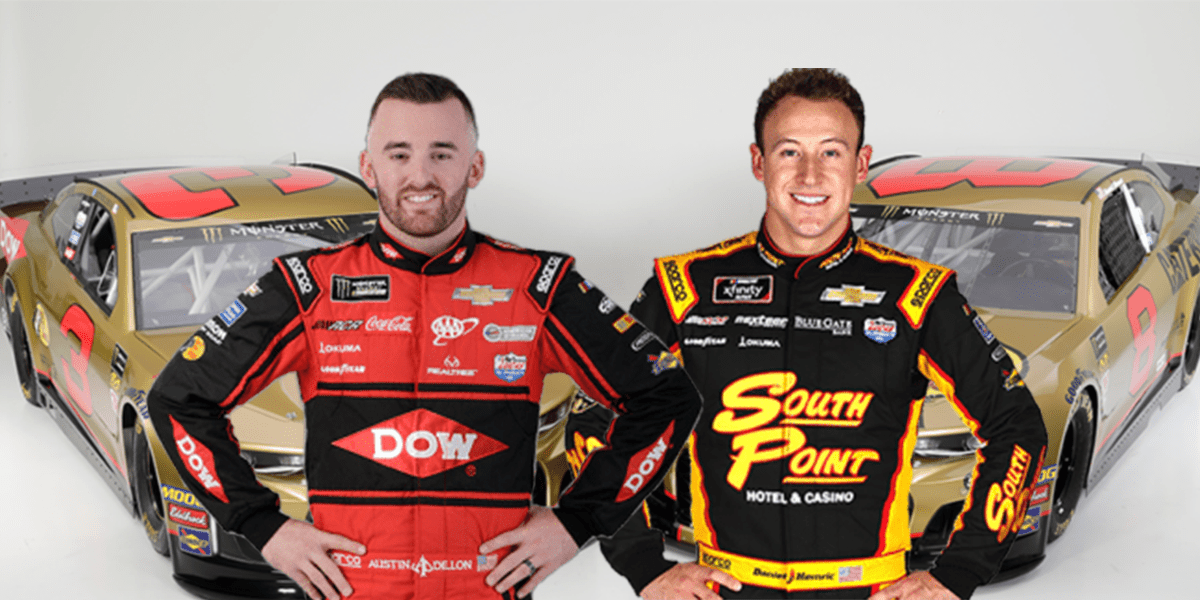 With veteran Newman out of the way, Richard Childress Racing can focus its energy on their young, premier driver Austin Dillon who put together some solid top-ten finishes in the second half of the season. If Daniel Hemric can come out swinging big with a couple solid finishes in his first season and Austin Dillon gets more than 1 win, this young team will be playoff contenders for years to come.

Throughout the 2000s, Roush was the largest team in NASCAR. They won back-to-back championships in 2003 with Matt Kenseth and 2004 with Kurt Busch during a time when legends were still roaming the track. Somehow, that seems like a lifetime ago now. In 2015, Roush put a lot of eggs into the Trevor Bayne basket hoping he would be a future star. During his 3 years of driving full-time for Roush however, he only claimed 4 top-five finishes and 13 top-ten finishes. After sharing his ride part-time last season with the team’s retired champion Matt Kenseth, Roush finally parted ways with Bayne over the offseason and has replaced him with the 41-year-old veteran Ryan Newman. 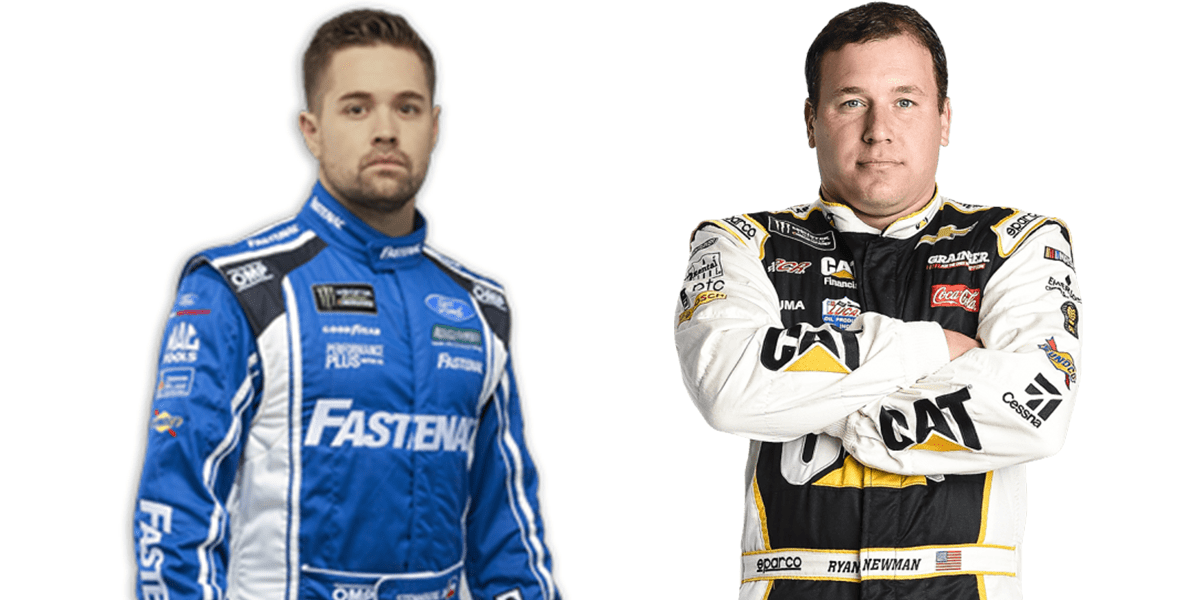 With the 19-seaon cup series vet as his new teammate, Ricky Stenhouse Jr. might get the assistance he needs to get past his career-high of two wins. Then again, if Kenseth couldn’t push him do it, I’m not sure who could. Roush Fenway Racing is the perfect example of a once-juggernaut team in NASCAR, now left with no young up-and-comers or championship contenders; two things that any team needs at least one of.

This is a young multi-car NASCAR team that does not have a victorious history. Forget championships; JTG Daugherty Racing only has one cup series win as a team, which was in 2014 at The Glen by AJ Allmendinger. In fact, Allmendinger has been the highlight of JTG since they started competing in the cup series full-time in 2009. He joined the team in 2014 and contributed 1 win, 6 top-five finishes and 27 top-ten finishes. During the offseason however, JTG parted ways with 37-year-old AJ Allmendinger as he retired to the booth to become an NBC race commentator. 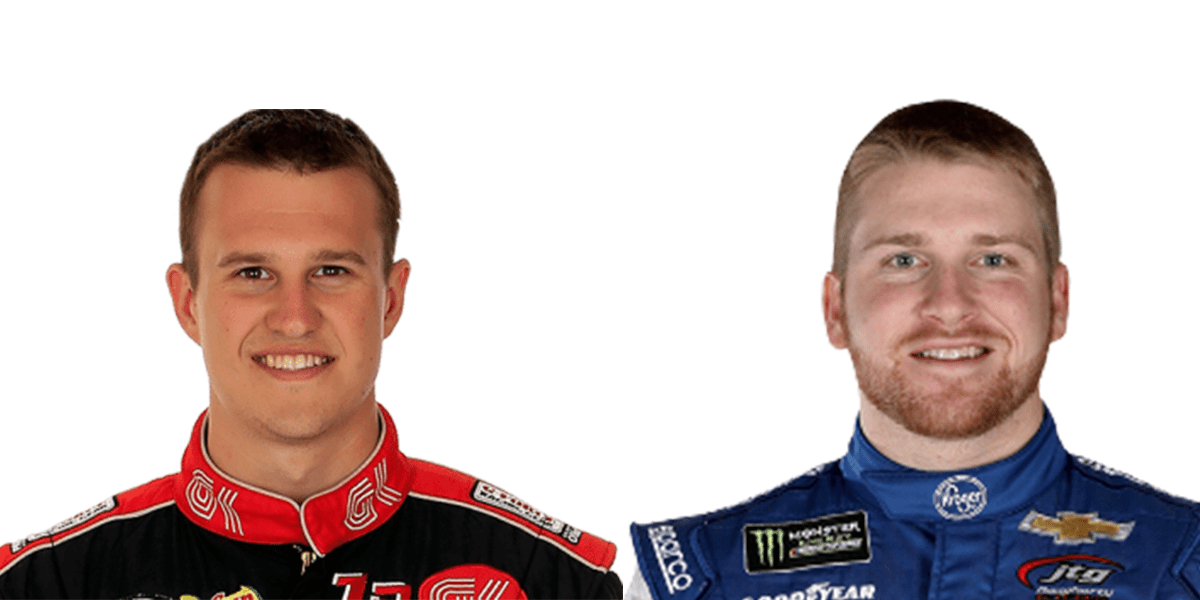 JTG Daugherty Racing replaced Allmendinger with 28-year-old Xfinity Cup Series driver Ryan Preece. He will be accompanying JTG teammate Chris Buescher who has been with the team since 2017. In his two seasons as a full-time JTG driver, 26-year-old Buescher has only claimed 2 top-five finishes and 6 top-ten finishes. He did however get 1 win in 2016 at Pocono with Front Row Motorsports which leads me to believe that the JTG team does not have the equipment suited for winning. Hopefully, for JTG’s sake, Ryan Preece is actually a future star of NASCAR but at the moment, I don’t see JTG Daugherty winning any more races anytime soon. 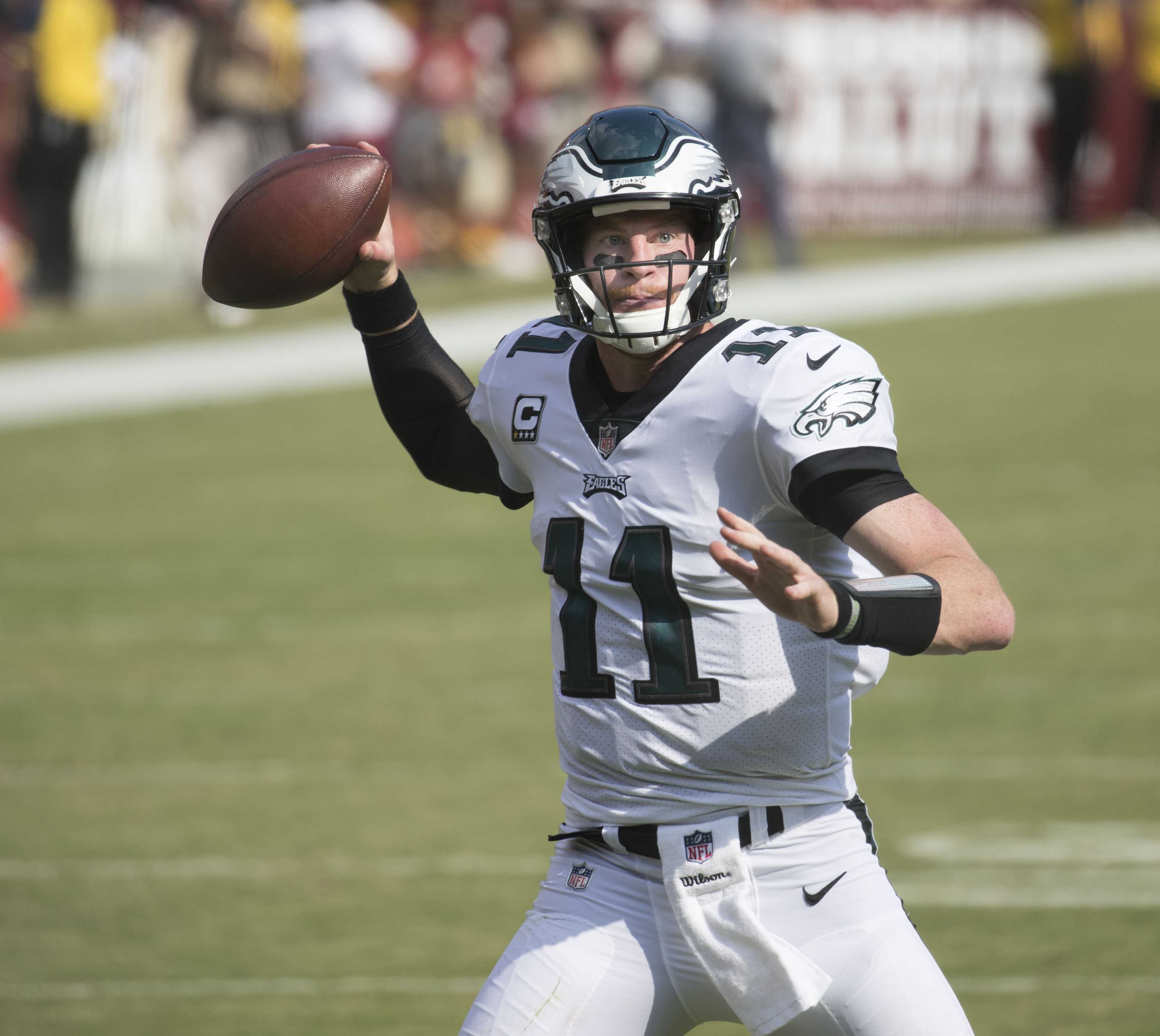 Putting to Bed the Wentz/Foles Debate 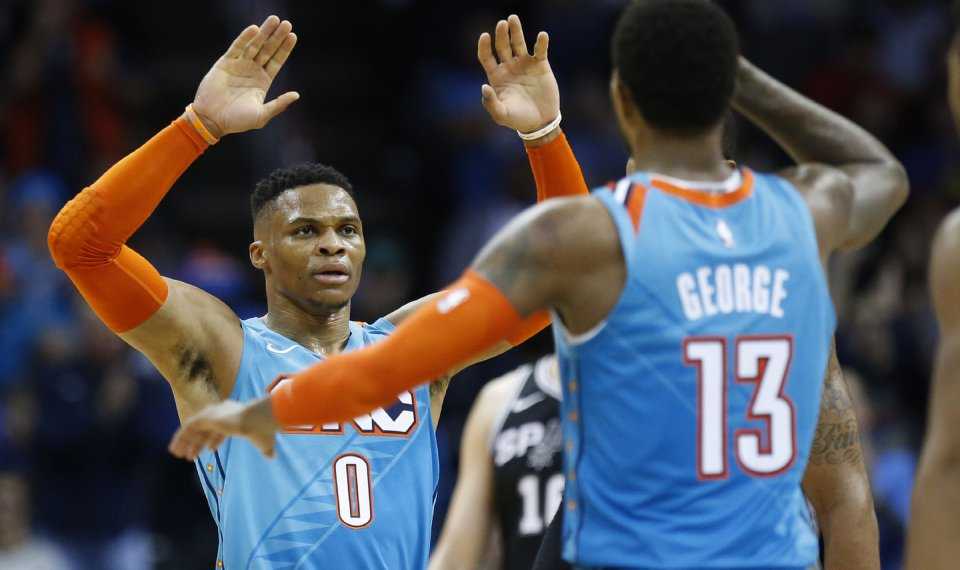 Are the Thunder for real?