We, the Hot Shots faithful, have stood with this team through everything right from the beginning. We’ve been here for all the good times, and we’ve been here and have felt the bad times. Right now, we’re experiencing a level of bliss that Hot Shot’s fans have never felt before. The Alexa Bliss I speak of is due to the Arizona Hot Shots, our Arizona Hot Shots, who are undefeated after beating down those low life, devious sinners from Salt Lake last week to go 1-0 on the season. It was a controlling victory, where the Hot Shots were never challenged. This is a new week that brings new obstacles, but like the Phoenix, the Hot Shots will rise up and vanquish anyone who stand in their way. The Arizona Hot Shots welcome everybody of the Awesome As Fuck League to the year of the desert.

As I’m sure many of you have your thumb on the pulse of the AAF have seen, your Arizona Hot Shots are on top of the majority of power rankings out there. Can’t really blame anyone who watched the games this week to go any other way. I’ve seen some that had Orlando or Birmingham at the top, but even a simple brain can recognize which squad looked the sharpest. Fortunately, the Arizona Hot Shots are not surprised nor bothered with power rankings. The only rankings they care about are the ones they hold themselves too and I can tell you, they are as high as Everest.

Against the sorry Stallions, the Hot Shots clicked on all cylinders. They deked the hell out of Salt Lake by switching starting QBs before the game. So right off the bat, the Hot Shots were the ones dictating terms. They let the Stallions and the rest of the league know that when you’re playing Arizona, that they are the ones calling the shots(you like that).

John Wolford stepped in like a cagey veteran and comfortably lit up the defense time and time again. The key word is comfortably because Wolford had a nice, cozy pocket to stand in and deliver crisp, surgical strikes whenever he felt like due to the big boys up front who treated the Salt Like d-line like they were their little brothers.

Those boys upfront made it easy for Jhurrel Pressley and Larry Rose lll to knife in and balance out the Hot Shots offensive attack. That’s going to be the key for the Hot Shots; balance. It’s a very Thanos like approach to the game, but it’s one that is a simple calculus and will pay off in time of possession, keeping the defense guessing, and ultimately will allow the Hot Shots to set up their haymaker which is play-action. The Hot Shots have skilled players at the receiver position, which is led by Rashad Ross. Ross had 5 grabs for 103 and a TD on only 7 targets. This makes him the guy that needs to stopped. In my best Liam Neeson voice, good luck because if you try and take him away, the Hot Shots have Josh Huff on the other side. Huff wasn’t used much more than a decoy last week, but we know that at any time he can change the game.

On the other side of the ball, the Hot Shots defense executed a simple game plan, which was to tackle, gang tackle, force mistakes and make impact plays. They did all that in spades as their grip on the Salt Lake offense only tightened as the game went on. It started upfront for the Hot Shots, as it always will, by stuffing the Stallions run game in its tracks right from the get go. They set the tone on the Stallions first possession and let Matt Asiata and Brandon Oliver know that this isn’t the NFL anymore.

With the big guys up on the front d-line taking care of business, it let the back 7 feast on all the QBs the Stallions had to offer. It didn’t matter who was throwing the ball for Salt Lake because they were never given a chance to get comfortable. And when they did feel a hair safe, the Hot Shots, led by ball hawk Robert Nelson, ate them up and took the ball away.

This is is where the Hot Shots are going to bury the Memphis Express, through their defense. The strategy of the game for the Hot Shots should be to let Express QB Christian Hackenberg try and do his job. Case in point,

The former PSU grad finished the day with a mighty 10-23 for 87 yards and an INT. I don’t think I’m breaking any ground here with this game plan, but let him come to you and he will. Hackenberg can’t help but serve it up to the defense. Let him try and do his job and he will make you look great at yours. I wouldn’t be surprised if Memphis turned to their backup QB, Zach Mettenberger at some point, who might be a clone of Christian Hackenberg.

The guy that the Hot Shots need to stop is running back Zac Stacy, who looked pretty good last week. Control him early and Memphis should be a pushover. No amount of Mike Singletary pulling his pants down pregame will save the Memphis Express from the beating of a life time. They didn’t score a point last week and somehow I feel the Arizona Hot Shots are going to make that look like a good outing.

Offensively, the Hot Shots need to stay balanced and run the ball to set up the pass. LBs in the NFL can’t guard backs out of the backfield making it seem impossible that LBs in the AAF could do it, so building off Pressley’s 30 yard TD catch last week is something Arizona should continue to take advantage of.

The Hot Shots come into the game with the all time leading QB in TDs and yards passing in AAF history along with the kicker, in Nick Folk, who has the longest FG in history of the league. That’s a lot of weight to carry but it’s nothing for these stalwarts.

You might be thinking that I’m taking the Memphis Express lightly. If you’re thinking that than you’re exactly right. I have no respect for that rag-tag group of a football team. They don’t deserve to lick the dirt off the Hot Shot’s cleats let alone play on the same field as them. So on Saturday night at 8PM, in Memphis, the Hot Shots are going to drop the Express like a Jerry Lawler pile driver. Make sure you tune in and be witness the next step in the next great dynasty. 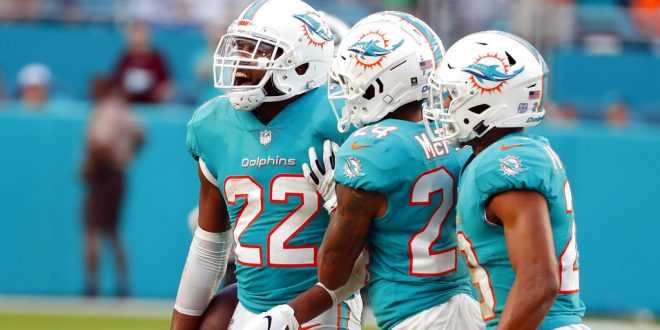