Has it been two years already? Two long years since one of the greatest segments in the history of Monday Night Raw took place at T-Mobile Arena in Las Vegas, Nevada, where we saw 6-time WWE Champion, Chris Jericho and then-Universal Champion, Kevin Owens, put on one of the most entertaining, comedic and heart-breaking segments in all of television history.

But before we break down what happened on that night, we must start from the beginning. In July of 2016, WWE creative made the decision to book Chris Jericho & Kevin Owens as a tag-team in a match against then-up and coming tag team, Enzo & Big Cass, who as we all know, have fired by the company. After being victorious at SummerSlam as a tag-team, WWE decided to roll with the pairing, as it was only 8 nights later, where Kevin Owens would be crowned the new Universal Champion, after Triple H made a shocking return to help the prized fighter, turning on his protege, Seth Rollins, in the process.

In the leading months, the ayatollah of rock n’ Rolla would aid Owens in cheap victories in feuds with Seth Rollins, Roman Reigns and even Braun Strowman. Jericho would also develop his latest gimmick in the process, with some saying it was his greatest run ever in the company. Y2J would develop new catch-phrases such as “Drink it in man”, “Ya Dig?”, “You better watch….IT” and the ever so famous “You just made the list!”

Jericho’s promos were quite comedic, as Owens continued to be the vicious heel in the whole angle. Owens, who is known for being a great comedic on the mic as well, sat second to Jericho, who was constantly putting people on his list, and telling them to watch “it”, while drinking in the gift of Jericho. Chris would also refer to most of his possessions as such, saying “The Scarf of Jericho” or “The Hug of Jericho” among other things.

The two became television gold over an eight month period, with their hilarious backstage interviews with Tom Phillips (or was it Mike), their constant bickering with then-Raw General Manager, Mick Foley, being co-captains for Team Raw at Survivor Series, not to mention Kevin Owens even helping Chris Jericho capture his first United States championship against Roman Reigns along the way.

However, after eight long months of pure comedic entertainment, fans knew that I turn was coming, whether it be Jericho or Owens, as all great wrestling pairings tend to turn on each other sooner or later. Though, WWE pulled off something that has been very difficult to do in the new era, and that is shock their fans and pull off something that they did not expect.

When the “Festival of Friendship” was announced a week prior on Monday Night Raw, WWE fans were expecting another glorious and comedic segment from Chris Jericho, and boy, did they get one. The festival of friendship had everything: Las Vegas showgirls, a painting celebrating “the creation of Kevin”, a $7,000 dollar sculpture made by Ralph Guggenheim showcasing how their friendship was “intertwined”, as well as “friendship” the magician (who would be added to the list of Jericho after not pleasing Kevin Owens).

The segment also featured the return of “Gilberg” as Kevin Owens was set to defend the Universal Championship at the Fastlane Pay-Per-View against Goldberg in just a matter of weeks. After all the shenanigans, which seemingly embarrassed Owens, Kevin would hand Chris a gift of his own, with the WWE universe anticipating what the gift might be.

Jericho would reach inside the wrapping paper, and discover that Owens had purchased him a brand-new list of Jericho, getting a resounding pop from the crowd. Though the WWE universe would soon realize the fate of the Jericho/Owens angle, as Jericho would slowly bring his microphone to his mouth saying, “Why is my name on this?”

Jericho would then lift the clipboard, showing the WWE universe why exactly his name was on that list, as the graphic read “The List of KO” signifying the end of the partnership, and a massive heel turn for Kevin Owens. Owens would then beat down Jericho, smashing his head into the seemingly expensive Jeri-Tron uttering the words, “I hate you” right before he did it.

While the WWE universe stood in shock at the T-Mobile Arena in Las Vegas, Nevada, I stood shocked alongside my brother as I watched from my living room in Long Valley, New Jersey, as we both looked at each other in disbelief. WWE creative, for the first time in years, had pulled one over on their fans. In a generation where the internet leaks spoilers and rumors regarding the storylines, Jericho and Owens were able to keep this angle under wraps, making the segment that much more legendary.

This angle would sideline Jericho for a number of weeks, though, he would make his return the night of Fastlane, in order to distract Owens in his title fight against Goldberg, allowing the future hall of fame juggernaut to spear his way to his first world championship in over a decade. Kevin Owens would go on to defeat Chris Jericho for the United States Championship on the grandest stage of them all, at WrestleMania 33 in Orlando, as the culmination of a nine-month run came to end, with Owens walking out as United States Champion.

Though times have passed, this run alone will go down as one of the most successful in both the careers of Kevin Owens and Chris Jericho. With this run, Jericho has been able to re-juvinate his career at 48 years of age, going on to wrestle in some of the biggest matches of his career in New Japan Pro Wrestling, against the likes of Kenny Omega and Tetsuya Naito, even holding the IWGP Intercontinental Championship in the process.

Y2J even created and successfully hosted the “Jericho Rock N’ Rager At Sea”, which hosted a variety of different events, including wrestling matches from NJPW, ROH and TNA, as well as rock shows, including Fozzy, Blizzard of Ozzy and Corey Taylor. It was also the home to multiple live podcasts including Talk Is Jericho, where Chris sat down with multiple wrestlers, rock stars and comedians over a 4-day span, which culminated in a main event, that saw Chris Jericho team with the Young Bucks (Matt & Nick Jackson) to take on Kenny Omega, Cody Rhodes and Marty Scurll in an Alpha Club versus Bullet Club match-up.

Despite becoming a 3-time United States Champion and working highly-promoted bouts against the likes of Vince & Shane McMahon, AJ Styles, Sami Zayn and Daniel Bryan, the prized fighter has not had the success his former best-friend has had, as he has battled injuries along the way, as he is currently sitting on the shelf, hoping to make a return before WrestleMania 35 in New York.

As KO looks to rebound from his current injury, and hopefully make it to WrestleMania, Chris Jericho is set to face off against Kenny Omega on May 25 in the same city where Kevin Owens betray him, in Las Vegas, Nevada, for All Elite Wrestling’s first official Pay-Per-View event, called “Double or Nothing”. With Jericho re-inventing himself in AEW, and Owens looking to find his ways again in WWE, it does not seem as if we will see these two in the same ring again anytime soon.

Although with Kevin Owens storyline plans seeming to lack any type of excitement, don’t be shocked if the prized fighter makes a transition to AEW one day to face off against his former best-friend one day. 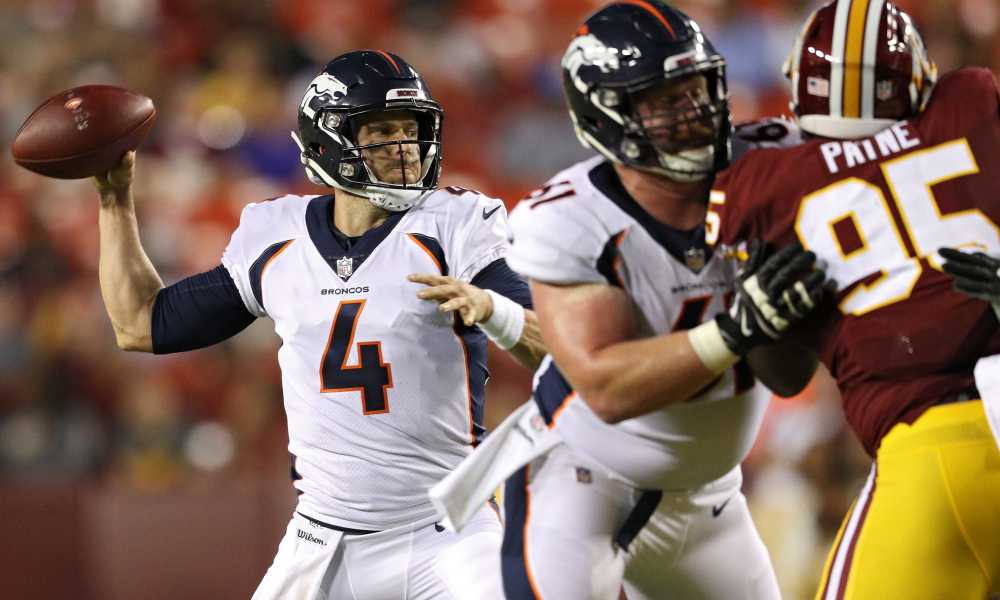 Making the Case for Keenum 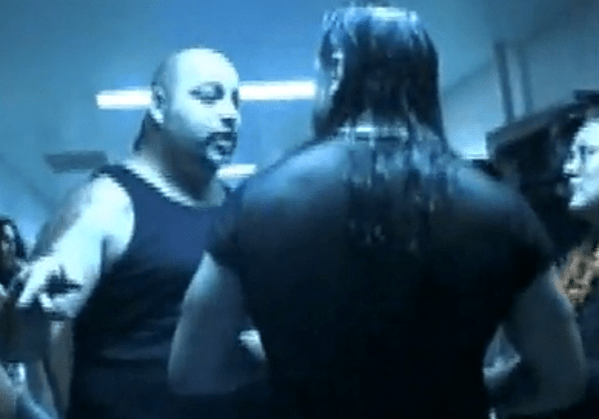