Austin Dillon Is Actually a Good Driver on a Bad Team

When it comes to some of the most hated NASCAR drivers, fans are in no short supply of finding reasons to loath someone. Usually, it seems like the best drivers are the ones that garner the most hate, such as Kyle Busch or Jimmie Johnson. Austin Dillon however, receives his hate for a completely different reason and if I’m being honest, I completely understand why.

He’s been called the Silver Spoon Kid for his privileged life and Austin has done little to separate himself from that negative stereotype. From cussing-out his crew chief to constantly complaining about his car, AD has unfortunately managed to perpetuate his image of being a spoiled brat in the eyes of plenty of NASCAR fans. The same fans that already thought he was metaphorically spitting on Dale Earnhardt’s grave – the most beloved driver in the sport –  by driving his No. 3 car.

All this has accumulated to a disdain for Austin Dillon among a large portion of the NASCAR community – and understandably so. While there are plenty of reason to not like Austin Dillon however, there is a key issue that these haters are reluctant to admit but appears obvious.

There’s no question Austin Dillon was pushed up through the ranks to get into a cup series ride. His fate in the industry was set the second his father married his mother and brought Austin into the Childress family. That doesn’t mean Austin didn’t earn his ride however.

In 2010, Austin entered the Truck Series – claiming 2 wins and awarded Rookie of the Year. Just one year later in 2011, he claimed 2 wins, 10 top-5’s and 16 top-10 finishes that earned him the Truck Series Championship. By 2012, Austin was awarded Rookie of the Year in the Nationwide Series (currently Xfinity Series) and again, a series championship just one year later in 2013. After earning Rooking of the Year and a championship in both series within four seasons, moving up to the cup series was inevitable, regardless of lineage. 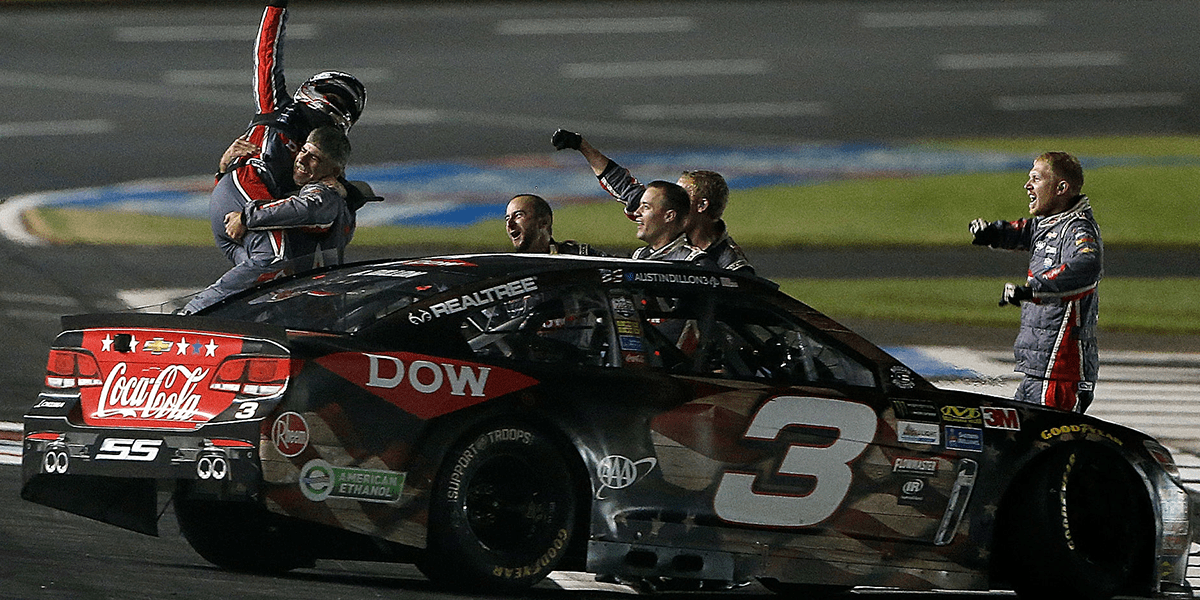 Austin Dillon’s former teammate, Ryan Newman, had four consecutive seasons with a win until he joined RCR. Once joined, he only claimed 1 win and 19 top-5 finishes in the four years he was on the team. I’m not claiming Newman was at the top of his game in 2014 like he was in 2003 but he was clearly still able to get wins prior to Richard Childress Racing. While on the same team, Austin was able to get 1 more win and only 8 less top-5 finishes than his 18-win veteran teammate.

Since leaving RCR at the end of last season, Ryan Newman has managed to finish in the top 15 in three of the four races so far in 2019, driving for the increasingly mediocre Roush Fenway Racing. All the while, Austin Dillion and his rookie teammate Daniel Hemric have yet to finish in the top 15 this season. Which leads me to my next point – Richard Childress Racing has become a bad team.

After Dale Earnhardt’s sudden and tragic death at the Daytona 500 in 2001, Richard Childress Racing managed to maintain a level of success on the track with their young driver, Kevin Harvick. From 2001 to 2013, Harvick earned the team 23 wins in the No. 29 car, as RCR temporarily retired Earnhardt’s No. 3. During that time, Robby Gordon earned 3 wins and Jeff Burton 4 in the No. 31 car and Paul Menard had 1 win in the No. 27 car.

RCR made some serious changes for the 2014 season however. The 12-year, 17-win veteran Ryan Newman replaced Jeff Burton in the No. 31 car and Austin Dillon replaced the RCR-star Kevin Harvick, as well as his No. 29 car with the resurrection of Dale Earnhardt’s No. 3. After the team only earned 2 wins in three seasons – Austin Dillon and Ryan Newman in 2017 – Paul Menard announced his departure from RCR to replace Ryan Blaney in the No. 21 car for Wood Brothers Racing. 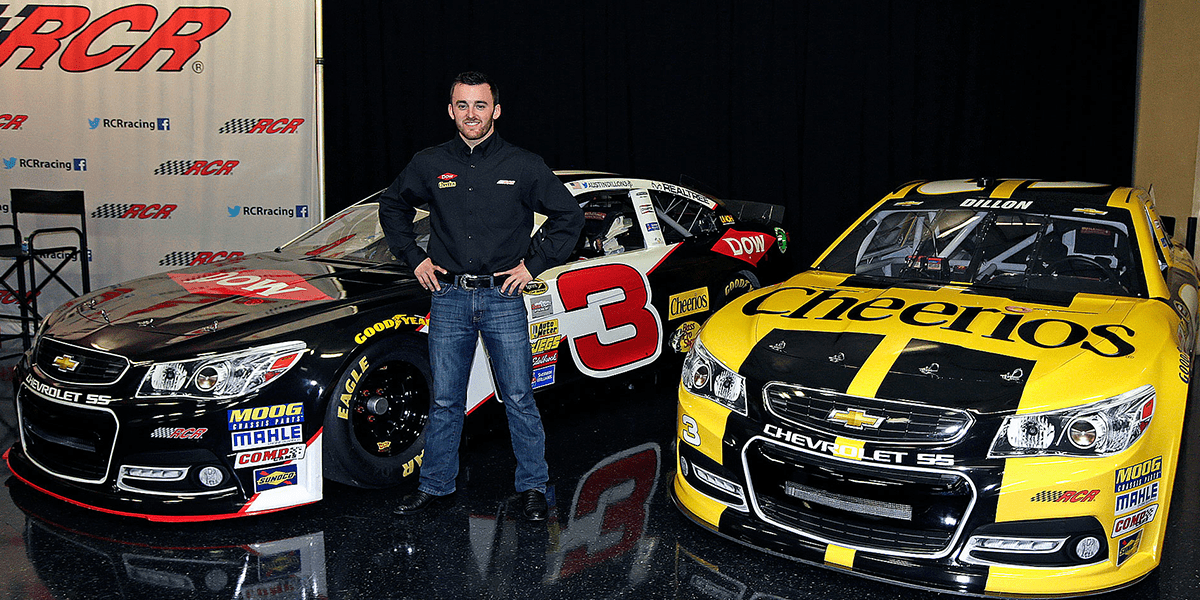 Without a backup plan – or possibly the right finances in place – Richard Childress Racing decided to temporarily sit the No. 27 car. That is, until it made its short-lived appearance recently in the 2019 Daytona 500 by Casey Mears with RCR affiliate, Germain Racing. Nevertheless, this left the premier team of RCR with only 2 cars full-time, similar to what we saw from Roush Fenway Racing in 2017. In their first year with only 2 cars in 2018, RCR saw 1 win and 2 top-5 finishes from Austin Dillon and only 9 top-10 finishes from Ryan Newman.

When Dale Earnhardt joined Richard Childress Racing full-time in 1984, he delivered the team 67 wins and 6 championships – becoming one of the most successful and well-known NASCAR drivers of all time. After Dale’s death in 2001, RCR managed to accumulate 36 wins from Kevin Harvick, Clinton Bowyer, Jeff Burton, Robby Gordon and Paul Menard. After the changes the team made in 2014 however, RCR has only claimed 3 wins in five full seasons. One of which came from Ryan Newman, who left after 2018 to join Roush Fenway Racing.

So far in 2019, Richard Childress Racing looks even further from their championship days of Dale Earnhardt. Although Austin Dillon and rookie Daniel Hemric have shown promise in their qualifying times, neither have managed to produce success on the track during a race. In fact, based on my NASCAR Team Ranking, RCR is currently in 7th out of the 8 teams I have ranked. Here are the RCR finishes for the 2019 season so far:

While I tend to avoid placing blame on anyone but the driver for poor outcomes on the track, it seems apparent a lot of the issues Austin Dillon has been facing so far this year has come from his team. During his race in Atlanta, AD vocalized his frustrated with his team’s decision to trim his car rather than what he wanted and it clearly showed in the car’s ability throughout the race.

In Las Vegas, Austin started 4th and looked really fast as he was running in 2nd early in the race, until he was penalized for having too many pit crew members in the box. Most recently in Phoenix, he was running in the top 5 with only 6 laps to go in the race until he ran out of gas, clearly an error that should have been resolved in his last pit stop. So while an article is written about fans blasting Austin Dillon for his “entitled attitude” base on some angry reddit threads, I feel his frustration as been fairly warranted.

RCR Is Lucky to Have Austin Dillon

As an RCR fan, this is difficult for me to admit but it seems apparent Richard Childress Racing is currently performing at the lowest level compared to the other premier teams. Obviously RCR has suffered greatly since losing Dale Earnhardt – even more so than NASCAR fans – but their problems only seem to be getting worse. 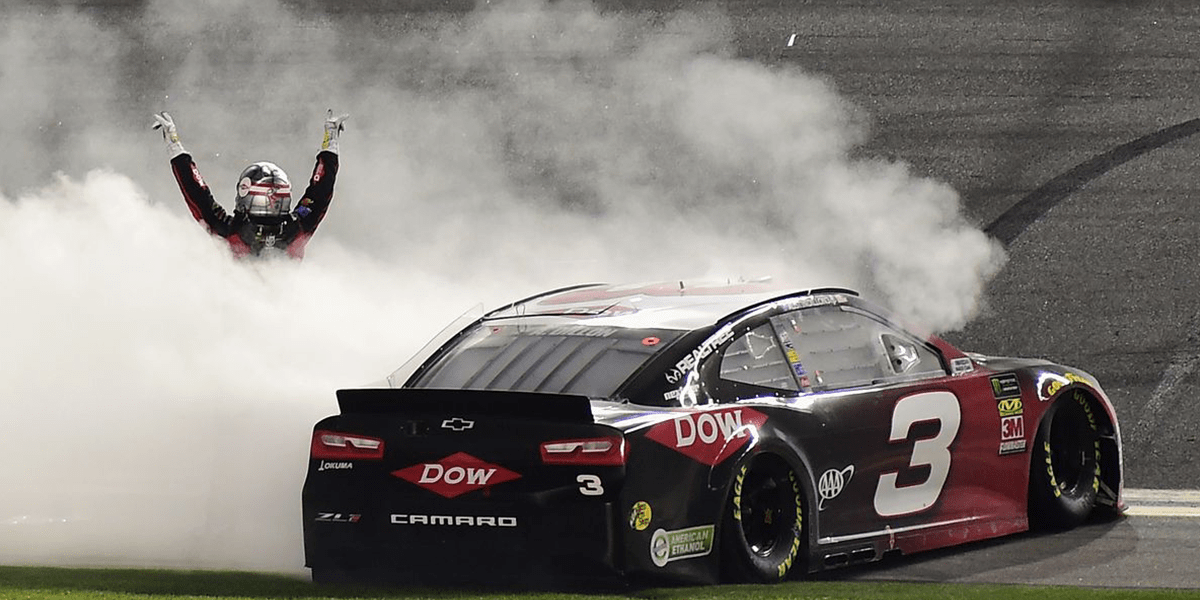 A majority of Austin Dillon’s critics have emphasized his privilege of being born into the Childress family but the fact is, Richard Childress Racing is actually lucky to have Austin Dillon. While he’s no Kyle Busch or Kevin Harvick, he has proven to be a talented driver that is capable of winning and regardless of his questionable attitude, winning is what’s most important. With the current mediocre state of RCR, any other driver with Austin Dillon’s level of talent would leave at the first offer from a better team.

Contrary to the belief of the Austin Dillon haters, his family ties are actually benefiting the RCR team more than it does him. His loyalty to his family is what will keep Austin Dillon on the sinking ship that is Richard Childress Racing, when any other driver would abandon at first sight of shore. He may not be one of the best currently in NASCAR but nevertheless, Austin Dillon is actually a good driver on a bad team, regardless of what his haters might say. 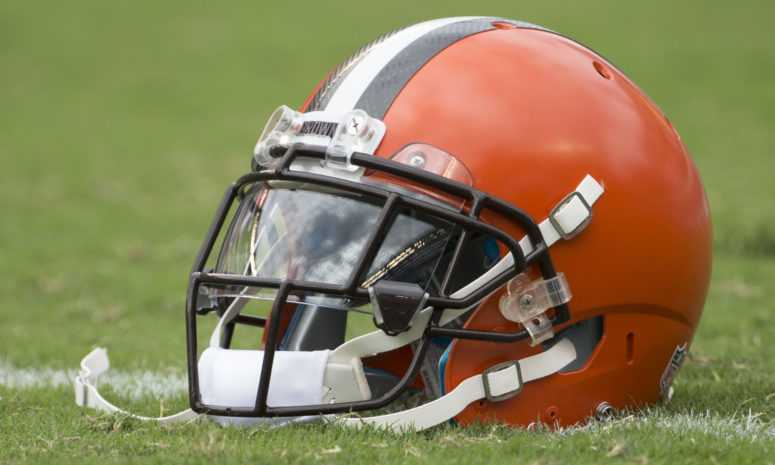 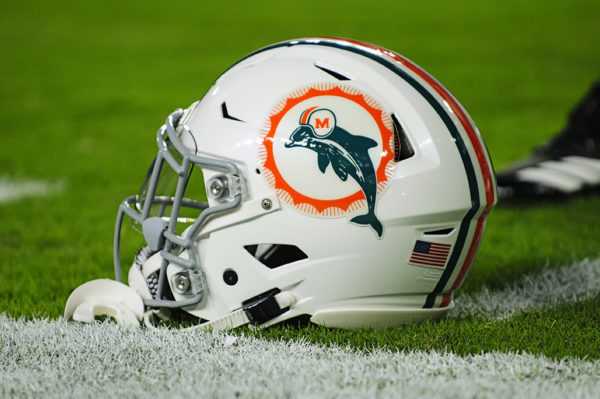