2019 NHL Playoff Preview and Predictions: Round 1

Here we are. Time for the 2019 NHL playoff preview. It’s a little bittersweet as we have to wave farewell to half the league as they take their talents to the golf course. However, the job is only halfway over for the teams who qualified for this year’s postseason. Preview and predictions to come across every round this postseason, so we’ll start with round one in the Western Conference.

Game 1 – 8:00 EST – Wednesday, April 10th – The Winnipeg Jets are back in the playoffs for the second straight year. This time, with a chip on their shoulder, I would imagine. The St. Louis Blues fought their way in after missing the playoffs last year and having a dismal start to this season. When it was all said and done, Winnipeg and St. Louis tied for second place in the Central division this year with 99 points apiece, each just a point behind Nashville’s 100 which clinched the top spot. Winnipeg, though, will have home ice advantage by virtue of the tiebreak and that may just be enough for this one. Look for Winnipeg to tire out the Blues physically. A toss-up series goes in favor of the team with the sour taste in their mouth. Winnipeg in 6.

Game 1 – 9:30 EST – Wednesday, April 10th – I have advocated all season long, for those who don’t follow me closely, that this Predators team is a pretender more than it is a contender. I still stand by that notion, but I also don’t see Dallas bouncing Nashville in round one. The Stars have put together a rather inconsistent season, to put it mildly. They were able to stay afloat long enough, though. With the West not boasting powerhouse teams like the East, they found a way in as the top wild card team. Nashville, at least, has been considered a top team in the West since the beginning of the season. The saving grace for Dallas might be the play they have been getting from Ben Bishop in net lately. However, I don’t think it’s enough, I’m giving Nashville this series in 6.

Game 1 – 10:30 EST – Wednesday, April 10th – Three months ago, we looked at what the playoffs would look like if they started at the halfway point. These two teams would have been playing each other then, and they’re matched up against each other now. The only thing that changed was the seeds. San Jose was able to grab the second place spot in the Pacific with Vegas filling in at spot number three. This was a second round match-up last season after both teams swept their first rounds. Vegas got the upper-hand in six games last time, but their fortune is much different this time around. The chemistry on the Sharks’ side will be too much for the Knights to handle. San Jose skates off with this one in 5.

Game 1 – 10:00 EST – Thursday, April 11th – This first round series is going to be the one to watch in the West. Don’t be fooled that it’s top dog in the conference versus they-who-barely-crept-in. The Colorado Avalanche were in this exact spot last season when they dropped the opening round in six games to Nashville. However, they have that type of lineup that can explode at a moment’s notice. It doesn’t help that they are a little banged up. On the other side, this is foreign territory for Calgary. They did not make the playoffs last season, but they’ve been hot all season long this year. I think this series has the ability to go back and forth quite a bit. Calgary escapes with it in 7.

Game 1 – 7:00 EST – Wednesday, April 10th – The Tampa Bay Lightning tied the ’95-’96 Detroit Red Wings for most wins a regular season with 62 this year. Some are wondering if they had too much success in the regular season, or maybe they just aren’t built for the playoffs. While that may be under speculation, I don’t think this first round series is. It’s unfortunate that the Blue Jackets bought, bought, bought at the deadline, and now they’re forced to play the Tampa Bay juggernaut in the opening round. Look for Kucherov too stay in form and the Lightning will be on a mission. I’ll give Columbus a game, but Tampa walks out unscathed in 5.

Game 1 – 7:30 EST – Wednesday, April 10th – I made a prediction in the State of the NHL Address, said the Penguins would finish 1st or 2nd in the Metro. Well, I was wrong, they fell to third while the New York Islanders took second place behind Washington. That means home ice advantage goes over to New York in this series, but it won’t much effect the outcome. I still think Pittsburgh is getting better every day, and the lack of experience on the Islanders’ squad will be exposed. Barry Trotz is a genius, though. If there’s a coach who knows how to control a game, it’s him. I’m waffling on this series, but I also don’t think it goes 7. I’ll take Pittsburgh in 6.

Game 1 – 7:00 EST – Thursday, April 11th – These two were also matched up with each other at the halfway point this season. Just like the Vegas/San Jose situation, they too have flip flopped home ice advantage. At that point in time, I said Toronto easy, possibly even a sweep. However, as the season has progressed, and the home ice advantage has switched, so does my pick. Boston has grown much stronger since the midway point of the season, and Toronto has struggled at times. I’m not convinced this is the year for the young Toronto Maple Leafs team. Look for Boston’s top line to create a lot of issues for the Leafs. We’ll get a repeat of last year, Boston wins, at home, in 7.

Game 1 – 7:30 EST – Thursday, April 11th – What a classic match-up. The reigning Stanley Cup champions against a bunch of celebrating jerks who just ended the NHL’s longest postseason drought. The Washington Capitals are back in the playoffs after last season’s championship run, trying to defend their crown after a slow start to the season. The Carolina Hurricanes also started out slow. But, they Canes were able to spur huge support from their fan base in a push for the playoffs. Now, they’re in for the first time in nine years. It’s been a fun season to watch from the Hurricanes, but I think it ends here. Capitals advance in 6.

**Follow me on twitter for continued hockey content throughout the playoffs. My team is out again this year, and I’ll be focusing a lot of attention on all the series out West. Let me know where you disagree on Round 1 and I’ll own up if I’m wrong when Round 2 of the 2019 NHL Playoff Preview rolls around** 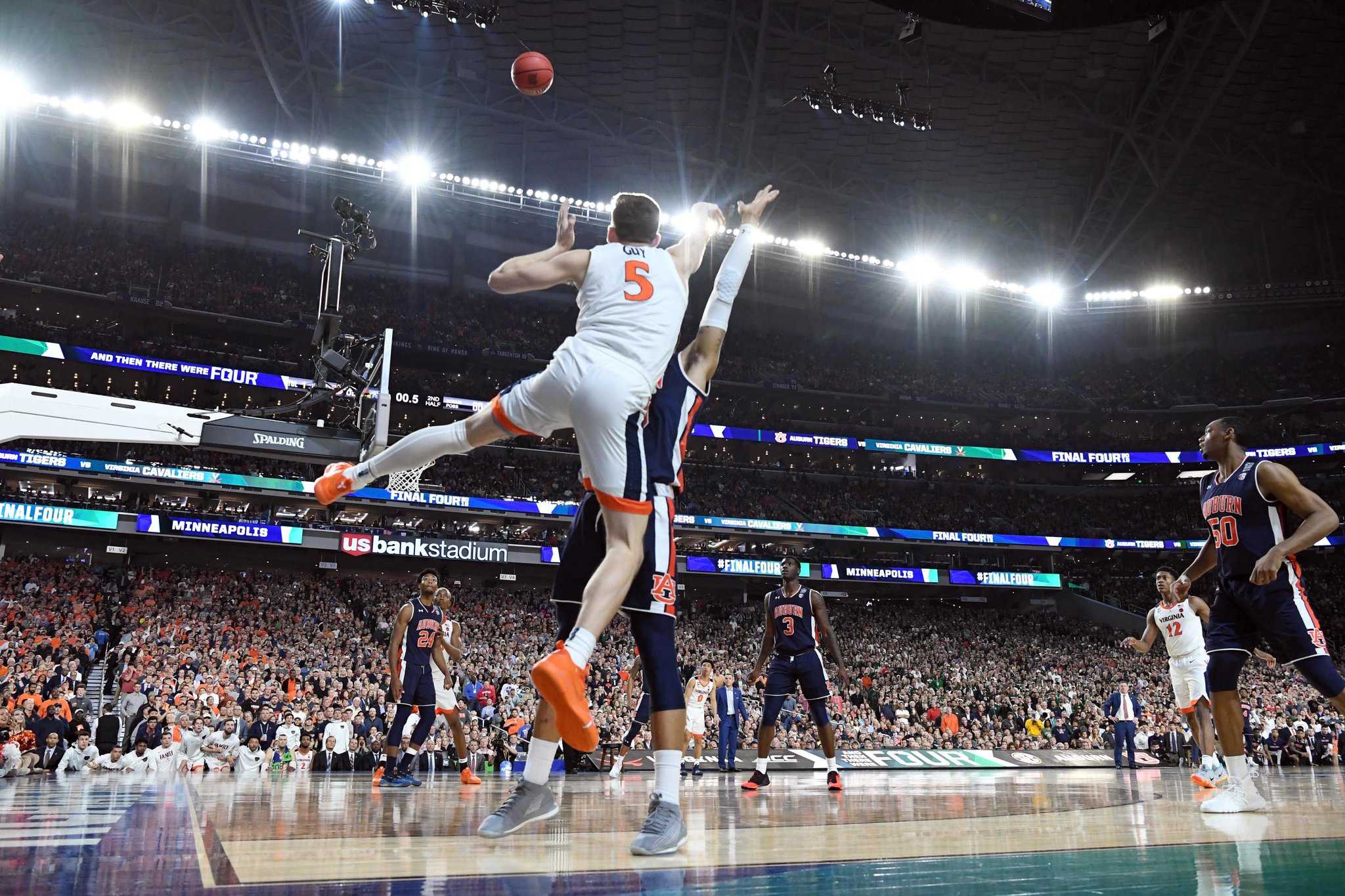 Did the NCAA Rig the Final Four for Virginia? 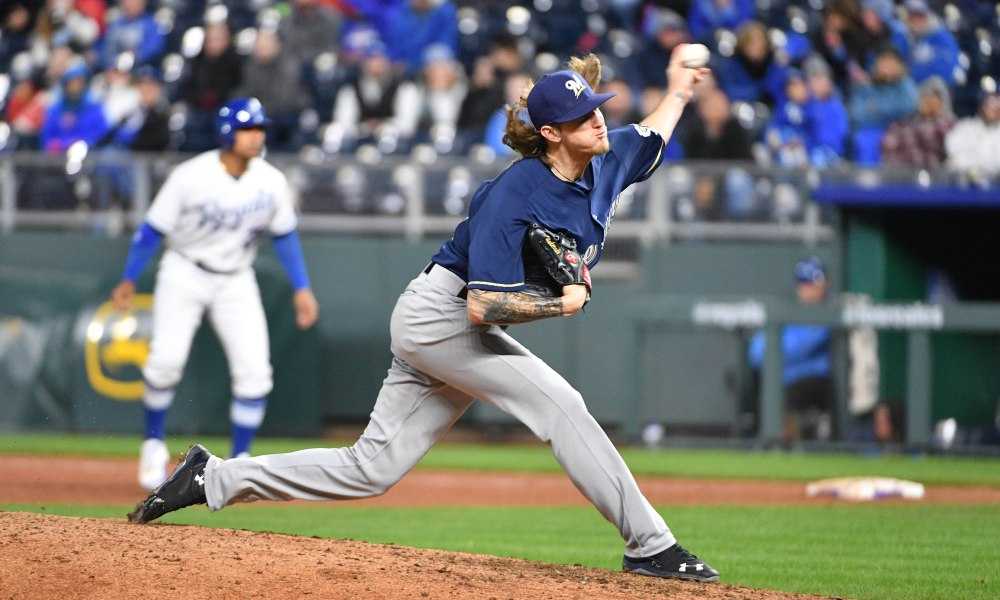