As a life long baseball fan, I felt the need to put out my opinion on bat flips, which thanks to White Sox shortstop Tim Anderson, has become a popular point of discussion among the baseball world.

Off the bat, I want to make it clear that I fully endorse the art of bat flipping, it has provided hitters with another route to express their passion, and I don’t think that there is ever any intent to disrespect the pitcher when a batter hits a ball over the fence.

What’s all the fuss about?

To catch you up to speed if you are unsure why this topic has reared its head among the baseball world again, this past Wednesday, in the bottom of the 4th inning during the last game of a three-game set between the White Sox and the Royals, Tim Anderson uncorked a no-doubt homer off of Royals pitcher Brad Keller and followed with an emphatic bat flip, well more of a bat throw:

Brad Keller, catcher Martin Maldonado, and Royals manager Ned Yost all weren’t too fond of the flip by Anderson, and as per what tends to happen through the traditional unwritten rules of the game, Anderson was thrown at in his next at-bat:

The benches then cleared, Ned Yost and White Sox manager Rick Renteria got into it, but nothing major ensued afterward.

Keller was given a five-game suspension for throwing at Anderson, Anderson received a one-game suspension for apparently using “racially charged language” which by the way, is such an awful decision, why is Anderson being penalized for having a baseball thrown directly at him, at almost 100 MPH?

To get back to the point of this article, obviously, the main people who are against the art of the bat flip, are the purists of the sport who have been around forever and ever and don’t want to see any change to the great game that they grew up watching, and well, pitchers.

My main response to a pitcher who is against bat flipping and those who see it as disrespectful is… wait for it… KEEP THE BALL DOWN IN THE ZONE!

Don’t let the batter take you deep if you have that big of an issue with it. And if they do, tip the cap, and get yours back the next time he’s at the plate.

When I say get yours I don’t mean bean the guy the next time he’s at the plate either, get him to chase a breaking ball down to a knee, blow him away with some cheddar up top, win the next matchup!.

This isn’t a game that revolves around the machismo and masculinity of a player, this game is mental, and hitting the guy the next time he’s up is only going to light that same fire underneath the guy that just took you 400-feet to the second deck.

Is flipping the bat unnecessary?

Now I understand why people may think that flipping the bat is unnecessary. Yes, this is a game in the middle of April between two teams who aren’t going to the postseason, I get that. I also understand the “act like you’ve been there before” aspect, but to Tim Anderson, until this season, at the plate, he really hasn’t been there before!

At this very moment, Anderson is leading the MLB in batting average, swinging .422 with an OPS of 1.096. Yes, again, I know it’s the end of April, that isn’t the point I’m getting at. Over the course of his young four-year career, Anderson is a lifetime .264 hitter with a .713 OPS, so it is safe to say that he’s feeling himself so far at the dish in 2019. This newfound success at the plate is foreign to him, he’s been an amazing defender and can swipe some bags for the Sox, but he’s struggled to get on base over his career.

Why is flipping the bat deemed “not OK” by some?

I am failing to see how flipping a bat and admiring your work is any different than a defensive end celebrating after a sack, or Russell Westbrook’s rocking the baby celebration after a tough bucket. It’s been deemed as OK in other dimensions of sports, so why not here? Why do we always have to shun change in baseball?

Don’t get me wrong, when it comes to pitch clocks, and automated strike zones and things of that nature, I am totally against it, baseball is a game filled with true, impactful human error, but that is what makes it so special and so different from other sports, there is no time limit, and there are so many layers to the game in every direction that you look, and no-one should change that quality of the game. Let me not get ahead of myself however, this is a topic for another article for another day.

Couldn’t it be viewed as disrespectful?

I don’t view a bat flip as a sign of disrespect towards a pitcher. It is clear that that isn’t the intent a majority of the time when a hitter flips the lumber. I understand why pitchers and opposing teams would view it as such in the heat of the moment, but at this level, in Major League Baseball, there is almost never a sign of any bush-league antics, everyone knows the drill at this point.

If a pitcher takes offense to the bat flip, then that’s on them, THEY got beat, THEY lost that battle, if their best response to that loss is to retaliate by hitting the guy in the ribs, instead of focusing on their stuff and trying to strike the batter out the next time, then they clearly aren’t in the right mindset, and are more focused on the past rather than the present, which isn’t a recipe for success.

Does it matter who is flipping the bat?

It shouldn’t matter if it is a star, or someone the caliber of Tim Anderson, double standards should not exist.

Any time Bryce Harper flips the bat, “oh, that’s just the swagger one of the game’s greats carries!” Any time Yasiel Puig does well… a Yasiel Puig thing, “That’s what makes Puig Puig!” or another classic… “Manny being Manny!” If Anderson pimping a tank isn’t okay to some, then there is no reason that we see the same people praising the stars of the league for doing another version of the same act. Zero reasons.

What do other players think?

I respect both Blue Jays outfielder Randal Grichuk and Reds pitcher Amir Garrett for voicing their opinions on Twitter, I for one think that baseball could use more player opinions and personalities, the sport is often criticized for it’s “boringness and blandness” by casual sport fans (which by the way we don’t need in the baseball community, if you love the game, you’ll follow regardless, if you don’t, odds are there isn’t much that is gonna get you into it.)

Is this even that big of a deal?

In closing, I could write about this forever, but I’ll leave with this:

Baseball is a changing sport. If you don’t like the art of the bat flip and you won’t accept it, then I’ve got some bad news for you, it is gonna be the least of your worries when robots are calling balls and strikes, the game is on a time limit and wait for it… this one is gonna hurt some people… the DH is in the National League.

Feel free to reply to this article, let me know what your take is! Let me know if you agree or disagree with me on Twitter @HunterWS11 and don’t forget to follow BellyUp and become apart of a forever growing sports brand. 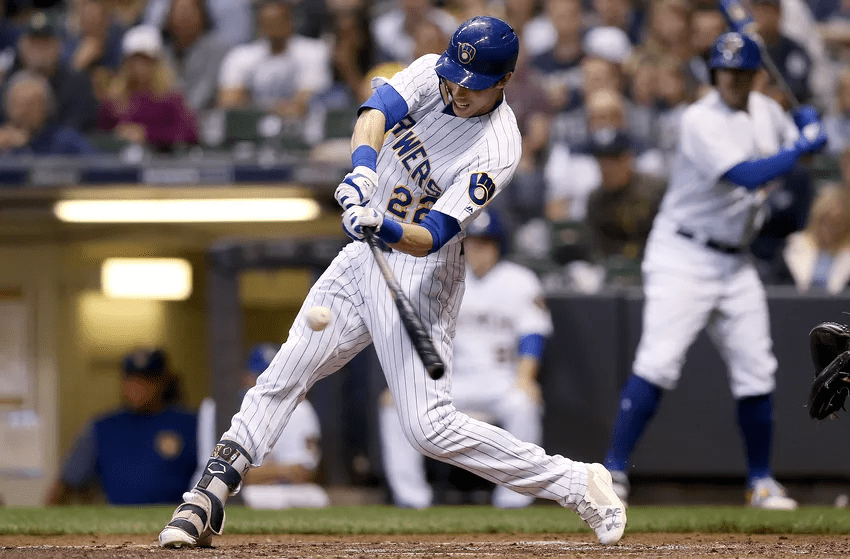 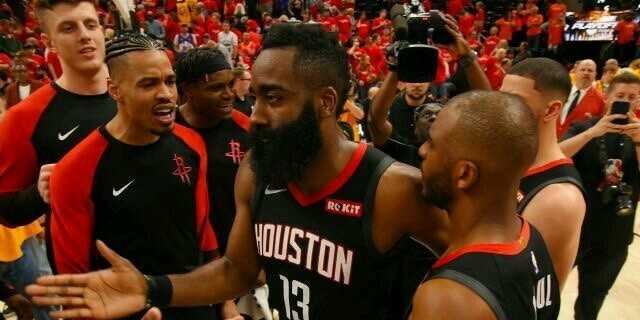