I want to start by giving Columbus their due credit. I’ve considered them to be highly underrated since the trade deadline, and they played a hell of a series. They had the faith in themselves to come back in game 1 from a 3-0 deficit and rode that momentum all the way to a sweep over what many considered to be the best team in the NHL. I do not mean to take any credit away from the Blue Jackets. I simply want to shine a light on an often overlooked part of the Lightning team.

Jon Cooper’s mediocrity has been evident to a few people like me. However, to most, it has been largely covered up, so if you’re saying, “But Jackson, a bad coach can’t win 62 games in a regular season,” I will explain why Cooper can be mediocre (not BAD) and still have success in the regular season. There are a few cases of this but the two most obvious are defensive layering and offensive breakouts.

Once you get past the very aggressive and effective Lightning forecheck, it’s pretty easy to generate at least one chance. Columbus accomplished this by gaining possession deep, drawing a couple of skaters and then kicking it out to the point and going from there. This works because Tampa’s defensive zone play is entirely based on getting to loose pucks first. This worked well for them throughout the regular season, when there’s much more space in the zone and you don’t have to take a hit to get nearly every loose puck.

Columbus exploited this by approaching the Lightning defense differently than you would approach most defenses. They didn’t jump on passing/shooting lanes as soon as they appeared. They instead waited until they were challenged for the puck and then looked for an outlet because they knew that there would be no second layer most of the time. The Jackets’ second and fourth goals in game 4 are prime examples.

In the second goal, the puck is at the point. Clendening holds it until he’s challenged at which point three Lightning skaters are caught with their pants down because they all went for the loose puck when it was kicked out to Panarin. Across the board, there is only one layer and the pass to the hash marks is clear, generating the chance leading to the goal. The fourth goal is much simpler but still telling. Again Clendening holds the puck until Joseph takes one stride too many. Gourde doesn’t cover the cross-ice pass that Joesph left open and from there it’s tic-tac-goal.

Another example of poor layering by the Lightning. The puck gets kicked out to the point and of course, the Lightning wants to use their speed so they overcommit hoping it creates a turnover. A tape-to-tape pass to Werenski, a shot low far side and there is no second layer to pick up Duchene.

I could show plenty of further examples but the point is clear. When the Lightning is in their own zone, they play the puck instead of the attackers. They commit to pucks, but then no one ever picks up the slack left by whoever is trying to make a play. This has nothing to do with the skill level of the players. This falls solely on Jon Cooper’s shoulders, who appears to have no idea how to organize a team defense. His system is good enough to work in the regular season but come playoff time it gets exposed big time.

There isn’t necessarily a stat or set of replays that will make this clear. That said, if you watched the series you noticed that Tampa was having trouble getting into the attacking zone cleanly. This is once again because of Jon Cooper’s coaching.

The Lightning was praised all season for their highly explosive offense. Don’t get me wrong, they were explosive, but their method of carrying the puck into the offensive zone made them look a lot scarier than they actually were. I imagine when Jon Cooper broke down their neutral zone approach he said something along the lines of, “Defensemen carry the puck to the first blue line and then give it to a streaking forward who can skate into the zone very fast.”

It is obvious why this works well in the regular season. Regular season games tend to involve much more free skating. In the playoffs, teams become much more focused on taking away time and space. Not only that, but with a coach as good as John Tortorella, the forechecking layers are going to be way too good to be able to run right through with one player. Trying to pass the puck while streaking through the neutral zone was clearly a problem for the Lightning, and accounts for their struggle to gain the offensive zone as well as the fact that when they did get into the offensive zone cleanly they showed signs of the Lightning team we saw all year.

Jon Cooper Failed To Make Any Kind of Adjustments

It’s the same thing that happened against Washington last year. Once a team figures out how to beat the Lightning, Jon Cooper has no answer. Against Washington, we saw the same approach regardless of the fact that in game five the Capitals began to shut the Lightning down and didn’t stop until the end of the series. Against Columbus, we saw trouble from the second period of game one. The only adjustment we could see from Cooper was putting Stamkos, Cirelli, and Kucherov together during game four and it was too little too late. I’m not saying definitively that Cooper sat around doing nothing while the Lightning choked their season away, but if there were adjustments they had next to no impact on the series.

Cooper also failed to light a fire under this team, which should have been 100% locked in out of anger by game three, even game two. I don’t know how you fail to motivate a team that won 62 games in the regular season and was then in the process of getting swept by a wild card team. The Lightning laid down and just died to the Blue Jackets. They showed no fight from the second period of game one until the second period of game four. This matters a great deal just look at Tortorella’s pregame speech in game 1.

What he says is 100% correct. To be successful in the playoffs it’s much more important to have heart and be unwilling to give up ground than it is to be talented. This is the perfect pregame speech for the situation that this Blue Jackets team is in. They can’t beat the Lightning with skill, but they can with a never-say-die mindset, especially with how clearly terrible Jon Cooper is at inspiring a team.

Tampa Has No Other Options For Head Coach

Tampa’s problem is that they just gave Jon Cooper a big extension. They could fire him, but there’s really no point in firing him when the coaching market is as dried up as it is. They’re stuck with him so if they want to win a cup in their current window, they’re going to have to play in his system and hope it works out. You can do a lot worse than Jon Cooper.

After all, Jon Cooper is not the sole reason the Lightning lost this series. I just can’t help to think that they would have won this series handily with better coaching.

Also now that their greatest contender is out, my Bruins better not mess this up. I’m seeing visions of 2014 when a game 7 against Montreal was pretty much the last thing standing in our way of the cup.

The State of NASCAR: Past vs Present 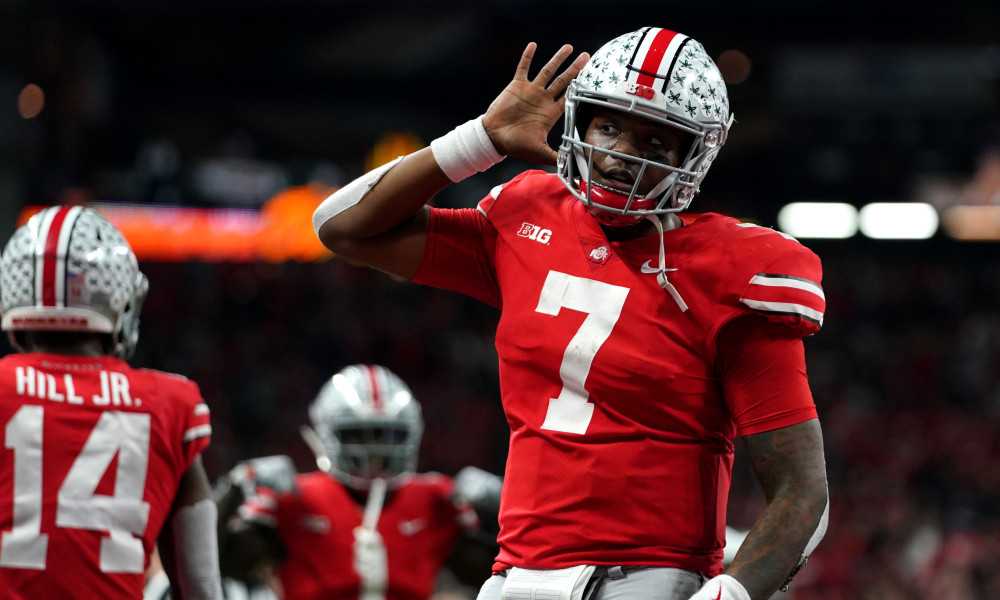