Good news Eagles fans, thanks to Howie Roseman we won’t have to see Zach Brown sack Carson Wentz this year. We’re reviewing this signing and some of the other major acquisitions by the Eagles since the 2019 Draft.

Okay, so this one isn’t exactly post-draft, I know. But! He wasn’t technically a draft pick so I’m including him because I make the rules. So the Eagles traded the Colts their 7th round pick (256) for the former 4th round pick out of Texas. I like this move because it’s a low-cost option for depth behind Fletcher Cox, Timmy Jernigan and Malik Jackson. With the Eagles rotation on their D-Line, it never hurts to have a young player with some experience behind the veteran core. At 24 years old, Ridgeway is in the last year of his rookie contract, costing only $720,000 so if he doesn’t have the impact we are looking for, we’re free of him after the season at the cost of a 7th rounder.

So we took the Redskins top inside linebacker, this is great on so many levels.  After we lost Jordan Hicks we had a massive hole at Inside Linebacker, with options like Paul Worrilow, and TJ Edwards we needed help BADLY.

Over the last few seasons, it seemed as though Hicks couldn’t keep himself on the field due to injury. Meanwhile, Brown has played 16 games in 3 of his last 4 seasons. Brown also averages almost a tackle more per game over his career than Hicks, Brown averaging 4.7 solo tackles per game, Hicks with 4.2. I get it, replacing a 26-year-old with 29-year-old sounds counterproductive; this is a good move though because it is a cheap contract. Brown signed a one-year deal worth $2.5 million, with only $1 million guaranteed. Jordan Hicks cap-hit for the Cardinals is $6.275 million. Sounds like Howie is doing his magic to upgrade the team while saving money again.

This move got even better after the Reuben Foster news on May 20th. I never like to hear about injuries, and I wish Foster all the best recovering from his torn ACL. But without him, the Redskins now have absolutely no depth at ILB. Now their move to release Zach Brown looks even worse. 20-20 hindsight right Bruce Allen?

Do you ever see somebody and think, I’ve seen this person before… That is Blake Countess for the Eagles. A 6th round pick in 2016 for the Eagles, they tried to put him on the practice squad but he ended up in LA where he played in all 16 games the last two years. This including the Rams pitiful excuse for a Super Bowl against He Who Shall Not Be Named.

Now for the grade, it is the lowest grade so far but still passing. C’s get degree’s right? The main reason for the low grade is how deep we already are at Defensive Back. I know, we thought we were fine last year and then ended up playing 15 DB’s in 2018… FIFTEEN?? They simply couldn’t stay healthy. There was Wide Receiver’s playing Cornerback in practice, it was atrocious.

It’s not 2018 anymore though. Through the darkness comes the light, as the Eagles had some young corner’s really show that they can play last year. Maybe we didn’t find a shutdown corner, but we have options. Countess makes 16 DB’s on the roster currently, only 5 are listed as Safety’s so we have 11 Corners. We know Ronald Darby will be the #1 CB after resigning him this offseason. Behind him, there are the usual suspects of Sidney Jones, Jalen Mills, Avonte Maddox, and Cre’von LeBlanc. While there are obviously questions about the majority of these players, they all have their strengths. We’ll save that for another article though.

In the end, the question for Blake Countess is where does he fit, the good news here is that he is VERY low cost. Countess is on a two-year deal, though 2020 is an option, and for 2019 only $150,000 of his total $1.05 million contract is guaranteed. So while I like how cheap this is for the Eagles, I wonder where he will fit in.

Another familiar face on the list, the Eagles re-signed Stefen Wisniewski to a one year deal. The Eagles offensive line is an enigma, it has been one of the better O-lines in the league the last two years with one glaring hole. Left Guard. With a mixture of Wisniewski and Isaac Seumalo somehow it has worked out, but it hasn’t been pretty. It seems like every game you see consistent holding calls on the Left Guard, whoever is starting that Sunday. The Eagles needed depth inside and that is exactly what this is, however ugly it might be.

The one bright side here is the depth the Eagles have at Tackle. While Peters is 37 and probably retiring soon, heir-apparent 1st-Round pick Andre Dillard is in the room now. So the starters at Tackle are clear with Lane Johnson at RT and Jason Peters (until he gets hurt/retires) then Dillard. That leaves Big V and the ‘thunder from down under’ Jordan Mailata. While I am absolutely not a big fan of Vaitai, he seems like the best option to cross train at Guard. This is especially true with Brandon Brooks having torn his Achilles. (Going out on a limb to say he will not be ready week 1). Moving Mailata inside now seems like it would stunt his growth and would be a bad choice. Learning a new game and trying to change positions a year into the game is like reverting back to day 1.

This move doesn’t have much meaning to me, we waived AFL standout Luis Perez for this, but why? Our QB room currently stands at Carson Wentz, Nate Sudfeld, Clayton Thorson, and now Cody Kessler. It seems as though there is a lot of decision making going on over who will be the #2 if Wentz goes down again. Honestly, that is a terrifying thought.

Sudfeld has played about up to my expectations in his time on the field; in week 17 of 2017, Sudfeld went 19 for 23 with 134 yards against the Cowboys starters. Considering most of the Eagles starters were sitting that game, those stats don’t seem too bad. There have also been glimpses of a decent long ball from Sudfeld in the pre-season. But this doesn’t bode well for the front office’s confidence in him carrying a team like Big uh… Nick.

Thorson is another interesting option in the QB room. While showing promise in college, he doesn’t seem to be an NFL starting caliber QB. With Doug Peterson as his coach though, he has plenty to learn. I believe Thorson will develop better than Drew Lock if he is given the opportunity. That is, considering Joe Flacco flat out refused to help Lock. The Broncos also haven’t been able to develop a QB since Payton left.

So that leaves Kessler. Starting 12 games over 3 years, his career 64.1% completion percentage doesn’t sound awful, considering it is up with the likes of Steve Young (64.3%), Russell Wilson (64.2%), and Tom Brady (64.0%). But Kessler’s 8 TD’s to 6 interceptions does not bode as well. But hey, maybe he can learn from Doug as well, he played well at USC after all. Since USC has such a pedigree of NFL QB’s… Matt Leinart, Mark Sanchez, Matt Barkley, Matt Cassel. Note, I left Carson Palmer out of that list because I felt bad including him in that group of players… If it weren’t for the ability of the Eagles coaching staff to develop a QB, this would be graded an F, but I reserve hope for Doug and his ways.

Overall, Howie is doing Howie things. Clearing cap space and upgrading, all while adding depth. Yes, the Eagles still have a few places they could upgrade a bit more. These additions do address many of the positions that were not addressed in the draft itself. The good news is, the Eagles have one of the most complete rosters in the NFC, especially compared to the rest of the NFC East. 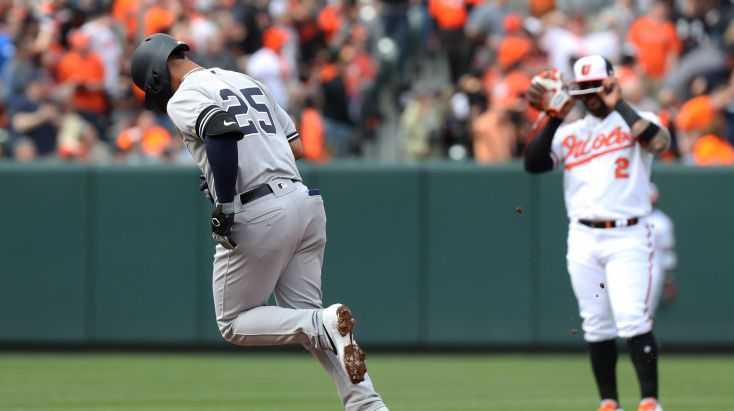 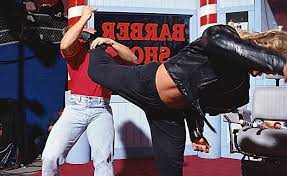