Jack’s Judgement: Why Rob Pelinka Is The Frank Underwood Of The Los Angeles Lakers

“Democracy is so overrated”, and apparently so are Magic Johnson’s comments towards Los Angeles Lakers General Manager, Rob Pelinka, saying that Pelinka “stabbed him in the back”.

The 5x NBA Champion sat down with Stephen A. Smith and Max Kellerman on ESPN’s “First Take”, Monday morning to discuss why he decided to step down as President of the Lakers.

Johnson would explain that Pelinka told people both inside and outside the Lakers organization that he wasn’t working hard enough as the team’s president of basketball operations.

Rob Pelinka would respond to the comments made by his former President at Frank Vogel’s press conference, where he was introduced as the next head coach.

“It’s saddening and disheartening to think he believes things are a misperception,” Pelinka said. “I think all of us in life have been through things where maybe there’s third-party whispers or he-said, she said things that aren’t true.”Well, I say poppycock (Frank Underwood reference).

In the current situation that the Los Angeles Lakers, Jeanie Buss, Rob Pelinka and Magic Johnson are in, the only man with nothing to lose is Earvin “Magic” Johnson. While serving as Jeanie Buss’s President, Johnson had many other things on his plate, not to mention owning the Los Angeles Dodgers, the 2-time defending National League Champions.

On and off the court, Johnson has developed a reputation of excellence and determination that only a few possess. Meaning that even though the 5x champ technically answered to Jeanie Buss, it was Jeanie Buss who wanted Magic as President, to begin with.

In his interview on First Take, Johnson explained that if he were to take on the role of being “El Presidente”, he would not be in the office at all times, due to his prior obligations, saying he’d be “in and out”. Johnson also explained that he was granted power to make team and executive decisions from Buss, resulting in arguably the biggest signing in franchise history, when Johnson inked LeBron James to a 4-year contract in July of 2018.

After wanting to fire Luke Walton after 2 seasons in Los Angeles, Johnson was denied by the higher-ups, signifying that he did not possess the power he once thought he had, on top of ongoing rumors that his General manager, Rob Pelinka, was potentially questioning Johnson’s work commitment to the team behind his back.

After winning five NBA Championships, becoming part-owner of one of MLB’s premier organizations, as well as the Los Angeles Sparks of the WNBA, and Los Angeles Football Club of the MLS, on-top of taking on the duties of President of the Los Angeles Lakers, does Magic Johnson really have anything to gain by making false claims about Rob Pelinka’s loyalty?

Johnson’s sudden departure from the Lakers last month left many fans wondering what the dirt potentially could have been, and it’s hard not to believe a world Magic said on Monday morning when referring to Rob Pelinka as a “backstabber.”

What should Lakers fans expect to hear when Pelinka is asked by media personnel about Magic Johnson’s comments? “Your damn right, I did it!” No. Rob Pelinka said the only thing that he could’ve said during Frank Vogel’s introductory presser on Monday. Magic Johnson held the reputation of an already questionable Lakers front office in his hands on Monday morning, and he did damage.

Where does House of Cards’ Frank Underwood (Kevin Spacey) fit into all of this? Look no further than at Rob Pelinka, who has been in question one too many times in La La Land over the years.

Frank Underwood, notoriously known for being played by Kevin Spacey, in Netflix’s original series, House of Cards, was arguably the greatest bad guy in television history, with Breaking Bad’s Walter White (Bryan Cranston) in that discussion (obviously), but I digress.

Underwood started out as one of many congressmen in the Senate, before manipulating and blackmailing each of his advisories before ultimately becoming Vice President and eventually the 46th President of the United States of America. Though a Hollywood scripted character, Frank Underwood could potentially share certain attributes with the Lakers’ GM.

With Underwood starting out as one of few congressmen in the Senate, it would be remiss if we didn’t mention that fact that Rob Pelinka also worked his way up the corporate ladder, starting out as a player agent, most notably for Los Angeles’s premier superstar, Kobe Bryant.

Pelinka also represented Carlos Boozer, who was involved in a complex negotiation with the Cleveland Cavaliers back in 2008, which saw Pelinka and SFX Agency both resigning as apart of Boozer’s team. However, Pelinka would shortly be rehired by Boozer the following season after starting his own agency, The Landmark Sports Agency.

After many years serving players, including Kobe Bryant, James Harden, Avery Bradley, among others, Pelinka was chosen to become the next General Manager of the Los Angeles Lakers in February of 2017, in an attempt to shake up the front office, which also saw Jeanie Buss bring in one of LA’s most beloved heroes, Magic Johnson.

After nearly two years of working together, it became apparent to Magic Johnson that Pelinka was out for his job as President, as Johnson explained that after nearly 40 years in the business, he had friends and allies everywhere, telling him negative things about the Lakers current GM.

Time will tell whether or not Rob Pelinka, and Jeanie Buss for that matter, are really out to get Magic Johnson, as Jeanie Buss will now ultimately have to find a permanent replacement as President, and if that man is Rob Pelinka, then Robby P is without a doubt the Frank Underwood of the Los Angeles Lakers. 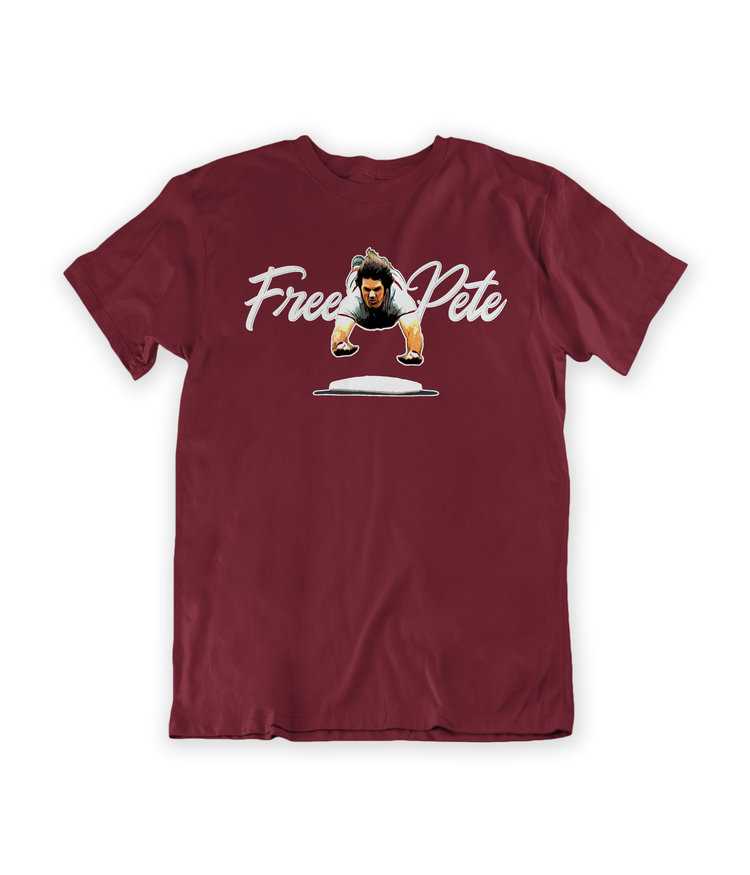