Why This Season For Kyrie Irving Is His Best And Maybe His Worst?

The Boston Celtics are now looking at a 3-1 deficit in a second-round series against the Milwaukee Bucks. After winning the first game and ultimately being guaranteed to win by none other than Paul Pierce, this series slipped from them. It has been a long season for the Celtics, a lot of ups and downs. Being that I am a Celtics fan myself, it has been mostly a stinker.

What has really been frustrating for me is a lot of things. Brad Stevens has seemed to be at a loss for figuring out rotations and handling egos. Gordon Hayward wasn’t that second All-Star that they were hoping for. Young players like Jayson Tatum, Jaylen Brown, and Terry Rozier all took steps back in figuring out their role. However, that isn’t the most infuriating part about this season’s Celtics team.

Leader and Celtics point guard, Kyrie Irving, has been the most frustrating part about this team. A lot of things happened this season that have caused this team to play as poorly as they are. But if there was a main cause of it, it’s on Irving. You can consider this his best season and you can also consider it his worst season.

When you look at the statistics for Irving this season, it is definitely his best. He is averaging 23.8 points, 6.9 assists and five rebounds a game, all while shooting 48.7% from the field and 40% from three. Irving is playing his most efficient basketball ever, all while playing some very solid defense. He has become a great play-maker, while also being able to score the ball and grab some rebounds along the way.

His hustle is at an all-time high as well in the games he plays very well or even decent. Irving has become a great facilitator for this team as well, moving the rock and collecting assists at a rate I have never seen from him. He has had multiple games where he has had 10-plus assists and closed games with his scoring.

Remember in mid-November against the Toronto Raptors where he dropped 43 points on 26 shots and having 11 assists? What about the 40-point game against the Philadelphia 76ers on Christmas day? How about the time against the Raptors again where he dropped 27 points and had 18 assists? Or when Irving also hit a three to make the game out of reach and grabbed his jersey and pointed it to the crowd? How about the 30 point triple-double against the Sacramento Kings? There were some really great moments for Irving this season, along with monstrous games. Unfortunately, they were out-weighed by the bad.

It all started in October before the season where Irving said he would love to sign with the Celtics long-term. Doesn’t that feel like forever ago? Well, that is because there is a long list of complaints from Mr. Irving that have made this season hard to deal with. He set this team up with a lot of expectations that he never met this season. Do you remember the quote about how the Celtics practices are insanely close? Now that I have watched this bench all season, I worry how the starting lineup lost to the bench.

But really, the complaining started one night in Orlando where they lost to the Magic after having the lead. He went to the media and suggested the young guys aren’t playing hard the full 48 minutes. Now, to his credit, he did say it was on him, but even still there are things you can keep within the locker room. Brown certainly didn’t appreciate it when he said ” We can’t make comments. We can’t point fingers. We just gotta empower each other. If we don’t everybody’s going to go into their own little shell.”

Very well said by Brown, that kind of thing should stay in-house. Do you remember that Raptors game I talked about where Irving dropped 27 points and 18 assists? That was the beginning of the end of the Irving and his “leadership” this year. After the game, Irving decided to announce that he had called LeBron James and apologized for the way he acted in Cleveland. At first glance, it seems like a step in the right direction. However, as time went on, all it proved was that it was a smoke-screen in the events that would soon come.

After that, the Celtics started to win some games and seemed to get past their inconsistencies. But surely there were more to come. Before a game in New York against the Knicks, Irving decided to put Celtics fans on notice with the quote “Ask me July 1st.” Surely, he was probably tired of the same, old discussion about leaving Boston. But he certainly didn’t put the fire out with that quote. In fact, all it did was ignite it and make Celtics fans start to worry about the future. The culture of the team certainly changed after that.

Between that, losing to the Los Angeles Lakers at home on a Rajon Rondo buzzer-beater, and getting interviewed by Rachel Nichols about the media, it was a dumpster-fire. If you weren’t a Celtics fan, you can see the writing on the wall for this season. Irving made playing for Boston difficult with the way he handled the media and things going on with the team. In that interview with Nichols, he talks about how the media has broken up locker rooms before and they will do it again. The interview aired the last day of All-Star break, and shortly after that they went on a four-game losing streak.

The worst being against the Raptors, where he took just 10 shots in 27 minutes. A disgruntled Irving being on the bench said it all about the 2018-19 season for the Celtics. Boston was bound to make disappointment the ultimate theme, and they hit the nail on the head with that.

“This is Why Boston Traded For Me.”

The Celtics were limping to the post-season, praying for playoff time to start. Especially Irving, who was emphatic on proving to the world that he can lead the Celtics in the playoffs. “This is why Boston traded for me,” Irving said. He has shown in recent memory that he can hit the big shots in the playoffs and can be super effective when it comes down to it.

Against the Indiana Pacers in the first-round, he didn’t really show it. Sure, he had moments of making great defensive plays and hitting shots, but his teammates were a big help in that series. Tatum was shooting lights out from the field, Hayward had a big game four, and Brown was incredible on both sides of the ball. Irving had a big game two, shooting 57% from the field and hit six threes that led to 37 points. The rest of that series, he would fail to shoot 40%. In fact, game four he was abysmal, shooting 30.8% and had to rely on Hayward to save the day. Going into the Bucks series, he would have to be better.

In game one, Irving played a fantastic game. He scored 26 points, dished out 11 assists, and grabbed seven rebounds in a resounding start to a difficult series ahead. That isn’t the case the next three games, however, as he has shot 30.8% and quite frankly shot the team out of those games. Whenever the going got tough, Irving and the team folded and you can see it with their energy. They gave up before the game ended and the players looked defeated in game three. Irving complained about Giannis Antetokounmpo going to the free throw line so many times, yet he took 12 free-throws himself.

The Future Of Kyrie Irving And The Celtics

In game four, the same thing happened. The team looked defeated in the second half. They had no answer for Antetkounmpo and Irving had another disastrous shooting night. After promising never having another 8/22 shooting night, he backed it up with a 7/22 shooting night. All looks lost for this season, as they look at a 3-1 deficit going to Milwaukee. The presumption is that this will be the Celtics last game, and Irving’s last game as a Celtic. It has been more-so a disappointing season for a team filled with promise.

I was told that I over-reacted to saying Irving is the worst leader in the NBA back in January, and all he has done since is prove me right. There has been incident after incident, complaint after complaint with Irving this year. He has proven to NBA fans he can’t lead a team successfully. And sure, not all of this season is on Irving’s shoulders. The young guys look distraught and Stevens has done a hopeless job coaching this team. It can’t go unnoticed that Irving’s leadership rubbed off on this team that needed a true-leader.

Irving put the nail on the coffin when he said he should have taken 30 shots as opposed to 22. Celtics fans all over Twitter (including myself) are hoping Irving does walk. When things got tough, Irving only put gasoline on the fire and made it a wildfire. When it’s all said and done, I will look back on this season and think “why did we trade away Isaiah Thomas?” Sure, Thomas was hurt and he was looking for max-money, but there is a difference. Thomas was a true-leader and he deserved that money being that he was an MVP candidate. I can’t say Irving has done the same; it was his best season and certainly his worst season. 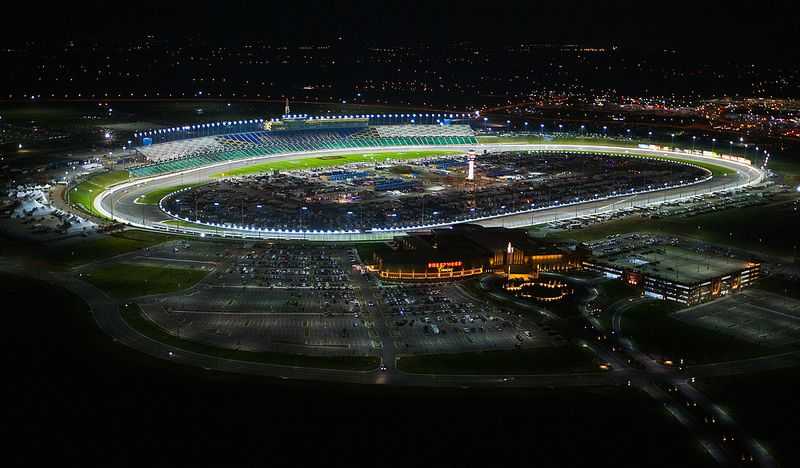