UGF Pandas: The Greatest Dynasty No One’s Heard Of

In the state of Georgia, the Bulldogs reign supreme. With head coach Kirby Smart and QB Jake Fromm, they are an exciting team to watch. However, what if I told you there was a better team over in Fairburn? That school, of course, is the University of Georgia at Fairburn. With NFL legend Tony Romo at the helm, the sky was the limit for the UGF Pandas.

First fielding a team in the 2013 NCAA season, the Pandas first competed in the Sun Belt Conference. The UGF Pandas started with “a bunch of bums,” and the first season showed it. Going 4-8 during their first year, while not horrible, was not an indicator of future success. The next season, the Pandas showed great improvement, going 10-3. The following season they did even better, with an 11-3 record and a Sun Belt championship. Over those two seasons, the team had some great players. Will Horton at quarterback was unstoppable on the ground, but somewhat ineffective in the passing game. Luckily, he had some help. A CB converted to running back by the name of Jeff Warren was a beast, eventually winning the Heisman for the Pandas. Rounding out the backfield, a stud fullback by the name of Tom Adamo cleared the way for Warren. Adamo was so good, the Pandas nickname became “Full Back U.” After winning the Sun Belt, the UGF Pandas moved to the ACC, and that’s when the magic happened.

When a team moves to a better conference, a dropoff is expected. Not for the Pandas, however. The team went 11-3 in 2016, their first year in a new conference. During that season, Jeff Warren rushed for over 1,500 yards, with 654 receiving yards and 32 total touchdowns. While running through opposing defenses, Warren also ran his way to the Heisman ceremony, winning it with 567 first place votes. Horton and Warren went out with a bang, beating Bama in the Chick-Fil-A bowl to close out their first season in the ACC.

The following season, the Pandas had some holes to fill. Will Horton, Jeff Warren, and the leader of their defense, MLB Erick Tyson, all graduated. This transition was helped by signing the eighth best recruiting class in the country, but also some players coming back from redshirts. Jimmy Williams, a redshirt sophomore, was a big improvement over Will Horton in the passing game. At running back, the Pandas replaced Jeff Warren with a speedy, redshirt senior by the name of Raishaun Tanner, who was also a return specialist. Tanner’s signature spin, dubbed the “Raishaun Tanner Special,” was used by UGF fans whenever a Panda managed to evade tacklers with a spin.

After a 14-0 2017 season, the Pandas faced the Clemson Tigers in the ACC Championship game. In a game that featured Tanner rushing for 107 yards, the team won by a score of 30-10. This helped the UGF Pandas reach their first National Championship Game. It was speculated that the Pandas would be facing off against in-state rival Georgia, but after they fell to Auburn in the SEC Championship, the LSU Tigers snuck into the game with a 9-3 record (no SEC bias, right?) over the 11-2 Michigan State. Down by one with 2 seconds left on the clock, kicker JP Stevenson trotted out onto the field to attempt a 14 yard field goal, and like he would go on to do throughout his career, Stevenson lived up to the moment. On the back of Stevensons leg, coach Tony Romo won his first National Championship for the UGF Pandas. Once again, however, the Pandas’ roster would see a lot of change.

Even More Turnover for the Pandas

After the Natty, big changes came for the Pandas. After dominating the conference, the ACC wanted UGF out. The SEC voted to keep them out, fearing the same fate, and thus UGF became independent. In addition to being without a conference, both starting QB Jimmy Williams and stud WR Sam McDonald declared for the draft. Couple this with Raishaun Tanner’s graduation, the Pandas once again had some holes to fill. Luckily, Daniel “The Colonel” Sanders returned for his senior season, helping fill the hole left by McDonald. Redshirt junior Marcus Holley, Dan Vescio, and freshman Justin Thomas all replaced Tanner in the backfield, as Romo decided to use a running back by committee approach for the 2018 season. The QB position is central to any offense, and the Pandas had a QB controversy. Two QBs were fighting for the starting job: Andre Avery and Ken Burks. While Avery was a better passer, Ken Burks was faster and more athletic. With the decision to focus more on the ground game, Romo eventually gave the nod to Ken Burks. This would lead to Avery’s decision to enter the transfer portal, resulting in him sitting out the 2018 season.

UGF Pandas Go Back to Back

The Pandas had one of the toughest schedules in the country in 2018. Even with two bye weeks, the Pandas only had two home games all season: Southern Miss and Georgia. In the first five games, the UGF Pandas had to play at #15 Washington, #8 Nebraska, #3 Auburn, and #9 Notre Dame. Even with this ridiculous schedule, the Pandas went 12-1, with their only loss coming at Auburn. The Pandas’ stellar season gave them a chance to defend their crown, once again against LSU. Down 13-3 at halftime, it appeared as if the Pandas grueling schedule had taken its toll. Needing a score on LSU’s 37, Ken Burks found Daniel Sanders on a ten yard out route. Sanders evaded the LSU defender, and took it to the house, bringing UGF within three. After an LSU FG, UGF’s Justin Thomas punched it in from six yards out, and JP Stevenson hit the extra point to give the Pandas the lead. After this, the defense stepped up and held LSU scoreless the rest of the way. This gave the UGF Pandas their second title in as many years with a score of 17-16.

Did Someone Say Threepeat?

After their second BCS title, UGF gave HC Tony Romo a five year extension. While Ken Burks, Marcus Holley, and Justin Thomas all were returning, the Pandas lost a lot of players to the draft. Daniel Sanders, starting CB Mike Marquardt, and both starting safeties, “The Fresh Prince of Fairburn” Will Smith and Reggie Manning, all left for the draft. One bright spot was Beau Henderson, who, after deciding to leave, was convinced by Romo to stay one more year. The Pandas also added Richard Brown, who was recruited as an athlete. Romo decided to utilize him as a “gadget” player, and Brown would see time at QB, RB, and WR for the Pandas in 2019. With the roster set, the Pandas looked to build on their success the prior season.

As the season started, the Pandas had a problem. Starting running back Marcus Holley struggled to start the season, and could not get it going. This led to the Dan Vescio being the starting running back, with Justin Thomas coming in when Vescio needed a break. The Pandas started the season 5-0, but fell to Northwestern at home by score of 38-31. This snapped UGF’s 25 game home win streak. After winning out, the UGF Panda’s still made it to the title game. Their opponent was another SEC tiger team: Missouri. Mizzou had a familiar face running the offense in Andre Avery. Avery was the Heisman Trophy winner in 2019, after passing for 4,657 yards with 57 total TDs.

The Pandas went into the game ranked #2 in the country, with Mizzou ranked #1 after winning the SEC. With a four point lead going into halftime, the Pandas looked to hold on for their third consecutive National Championship. Avery had something to say about that, however. Late in the fourth, he hit Danny Brooks on a quick slant to tie the game up 27-27. With their season in the balance, the UGF Pandas went back to their namesake, handing it off to FB Brandon Nichols on the one to pound it in for a score. This cemented UGF’s legacy as “Full Back U.”

As Mizzou looked to respond, Andre Avery made one of his few mistakes all season, throwing a pick to LB Taylor Smart, who returned it to the Tiger’s 14. After a JP Stevenson kick, the Pandas found themselves up ten. However, Andre Avery still would not quit, and showed why he won the Heisman. With some clutch passing, he marched Mizzou down the field, and found Marques Garner for the one yard score. Down three with 17 seconds left, Mizzou went for the onside kick. With their season on the line, the Pandas recovered the kick, and made history. They had done what no team had done since Minnesota in the 1930’s: won three consecutive National Championships. This three season stretch made the UGF Pandas the greatest dynasty you’ve never heard of.

The Real Story of the UGF Pandas

If you’ve made it this far, I applaud you. Along the way, you were probably a little confused because you have never heard of any of these people, aside fromTony Romo. No, the University of Georgia at Fairburn is not a real school. No, the UGF Pandas did not threepeat as National Champions. The UGF Pandas were part of a series of videos created by Drew Morris on Youtube under the account name “Not The Expert.” After winning the 2019 National Championship, Drew decided to end the series, and I wanted to pay tribute in the best way I know how: by making you read the ridiculous things that go on in my head.

As a last note, I know I didn’t mentioned some UGF players. This was a quick history, and if you want to learn more about these great players, give the series a watch. 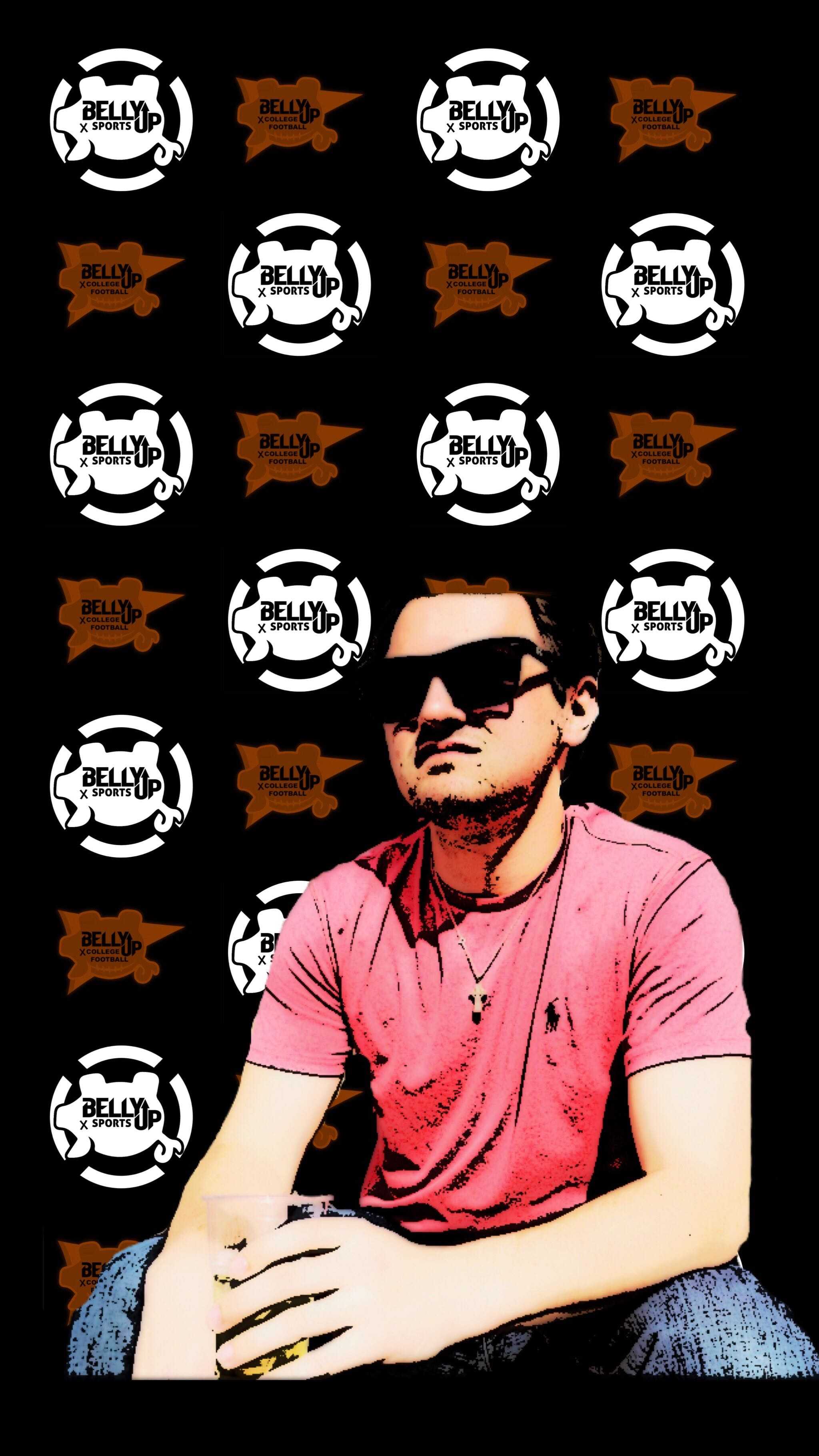 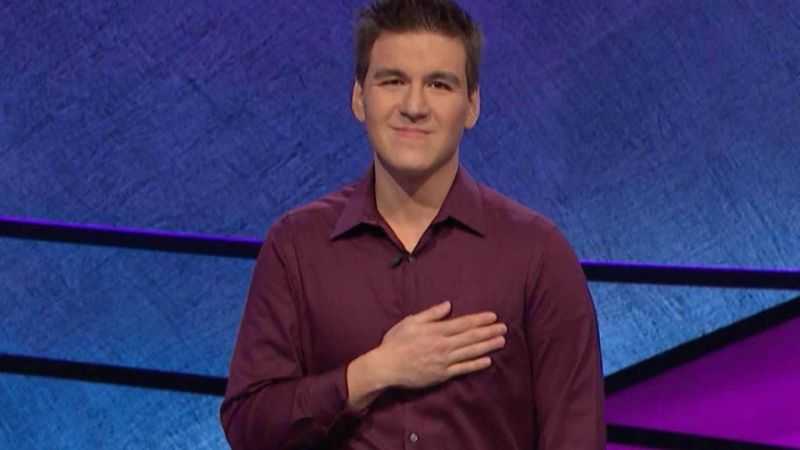 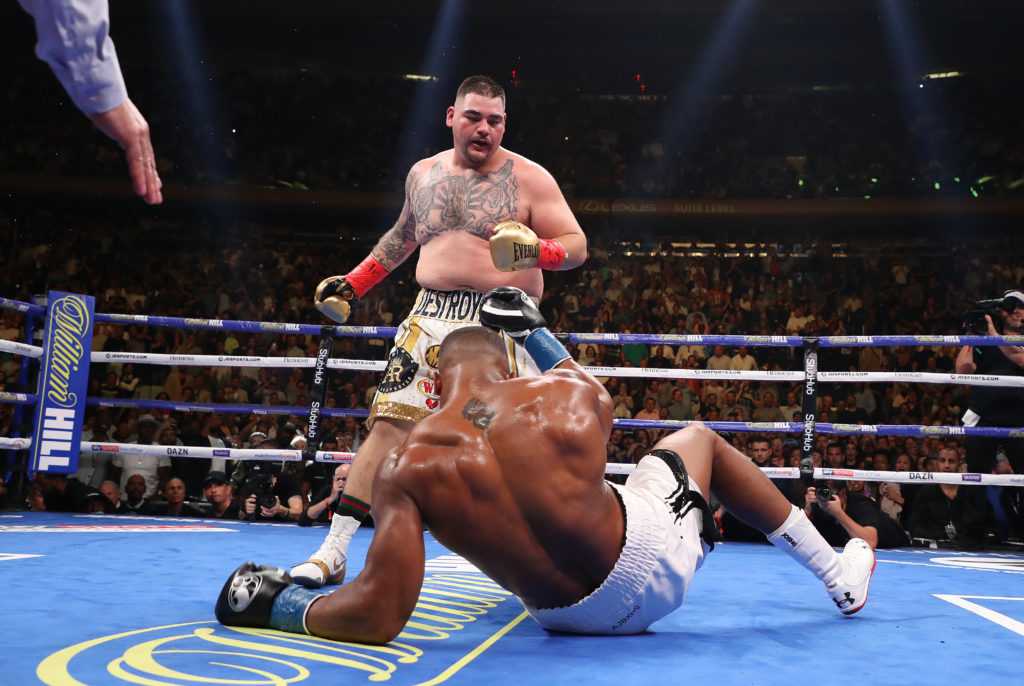 Biggest upset in sports history? Is Ruiz Jr. on the list?