We’ve hit a pretty brutal hole in the 2019 TV lineup. If you have even a morsel of self-respect you’ve finished Stranger Things by now. Big Little Lies is only a few days away from their finale (check out my episode 6 recap here). Euphoria gives me so much anxiety I can hardly watch a full episode in one sitting.

Basically, nothing is going on. Last night I resorted to watching 4 straight hours of “Slobby’s World” on Netflix and to be honest, I didn’t hate it. But that’s all beside the point because the rest of 2019 is loaded with new shows and great shows returning with new seasons. Below is the list of the best shows coming out in the rest of 2019. If I missed your favorite show I’m sorry you have such bad taste.

The Boys follows a group of vigilantes who are on a mission to take down superheroes that abuse their powers. I’m not going to sit here and tell you this show is going to be great, my guess is that it will be okay at best. I felt like I had to include it on the list strictly because Amazon is DUMPING money into marketing this show and if it does happen to be good I want to be able to take credit for being on it before it even came out.

For how absolutely shitty the DC movies are (except for the Dark Knight obviously) the TV shows have actually been pretty decent. Gotham was a great take on the Batman universe, following a young James Gordon and Bruce Wayne before either of them grew to the prolific crimefighters that they are later in life. We also get to see the origin of Catwoman, the Joker, Penguin, and plenty of other villains like we never have before. Now comes Pennyworth. It’s pretty much Gotham, but even further back in time. Batman’s trusted butler Alfred is a special forces officer working for the Waynes before they are murdered in an alley outside of the theater. Sorry for the spoiler, I guess Alfred isn’t very good at his job.

I watch a lot of TV. When I say that I mean, I watch A LOT of TV. Yet somehow I still miss out on some great shows. Succession is one of them. Everyone loved season 1 and I doubt season 2 will let anyone down. I’m hoping I can catch up by the premiere so I can blog about season 2, but we’ll see. If you don’t know, Succession is about a really fucking rich family that are constantly at each other’s throats over who should run the family business…I think.

Oh baby, am I pumped for season 2 of Mindhunter. In a time where everyone is infatuated with true crime, murders, and documentaries about police investigations it only makes sense to have a show about the people who coined the term ‘serial killer’. Netflix’s ‘based on true events’ saga of Holden Ford and Bill Tench interviewing incarcerated killers to find out what makes them tick is as interesting as it is chilling. I binged season 1 in a day and you can bet your ass I’ve already cleared my August 16th schedule.

Trailer: https://www.youtube.com/watch?v=evdxH50J3rs
(they don’t have a season 2 trailer yet, so this is the show trailer)

If I’m clearing my schedule for a day for Mindhunter, I’m clearing it for a month for The Righteous Gemstones. Hands down the show I am most excited for in the rest of 2019. Talk about a Fearsome Foursome – Danny McBride, John Goodman, Adam Devine, and HBO. My apologies to the actress in this photo, but I have no idea who you are and truthfully it doesn’t really matter because there’s no possible way this show isn’t amazing. Oh, I almost forgot to mention, Walter Goggins who stared opposite of McBride in Vice Principals also has a role.

IMDB.com describes The Righteous Gemstones as “A TV series that follows a world-famous televangelist family with a long tradition of deviance, greed, and charitable work.” I’ll shoot you straight, I had no idea what televangelist meant. Looked it up – it’s pretty simple. Evangelist preachers that appear on TV often. So this show is about a family of fake television preachers that are just using their religious messages to get rich and famous. Hilarious. I can’t wait.

This Is Us is another show that I don’t watch. Not because I missed it. Not because I didn’t have time. Nope, I skipped This Is Us because I love myself and I refuse to get depressed for an hour every week. However, I did include it on the list because people love it and it puts up monster numbers. Whatever, have fun crying for the next three seasons losers.

I hate judging shows on a season to season basis, but Modern Family is the exception. Seasons 1-7 are immaculate. Every single joke hit, the writing was unbelievable, and excluding Lily the acting was perfection. Modern Family was what every network show strived to be. Lately, though, they’ve fallen off. So much of the beauty of the show came from the contrast in characters. Jay was so old school, always said what was on his mind, and was by no means politically correct. On the other hand, you had Mitch and Cam who were more sensitive in what they said and voiced more modern views but were still laugh-out-loud funny in every episode. Unfortunately, in the later seasons, NBC execs must’ve been breathing down their necks and pushing the PC culture into the scripts. Since then the show has been scared to offend causing them to take fewer risks and play it safe with their plot points.

I know I just bashed the 3 most recent seasons of the show, but I couldn’t not include it on the list. I hold this show near and dear to my heart and it’s their last season. Please show some respect and tune in for at least a few episodes.

Also, shout out to my girl Sarah Hyland for getting engaged.

Really it’s season 14, but there is no other show on TV that has stayed as consistent for as long as Always Sunny. Last season we saw them do a Seinfeld parody, this season it looks like we are going to get an office parody. I can’t even begin to guess what scene they’ll do or who will play who because the options are endless. It’s great to see how creative Sunny has gotten over the last two seasons. They’re coming up with some wild and awesome ideas that are unlike anything else on TV and every episode is right on the mark.

Ahh, The Good Place. I fucking love The Good Place. I love it even more because I wasn’t expecting it. When I first saw the commercial I was like “eh, okay. Here’s another network TV show that’s going to try too hard to be funny and fold after one season.” I couldn’t have been more wrong. Yes, the first few episodes are really networky, but at least they’re good networky. Then, once you hit the second half of season one this show takes off. I tore through seasons 2 and 3 in two days, I couldn’t get enough of this forkin’ show. Also, I’m in love with Kristen Bell. Not to mention, Ted Danson is back in a big way. This is a top 3 underrated show of the last 5 years.

The Mandalorian is going to be one of Disney’s biggest selling points of the Disney+ streaming service. I like Star Wars, but I don’t LOVE Star Wars. With that said I think this is going to be a badass new storyline in the Star Wars universe. It follows a gunfighter, The Mandalorian, as he travels around the far reaches of space, away from the laws of the New Republic. With Jon Favreau at the helm, starring Pedro Pascal as the Mandalorian himself, and costing over $100M to make I think Disney will have no problem getting people to subscribe to Disney+.

There has only been one trailer and it was shown to only those at the Star Wars Convention. Here is some more info on the show: https://www.gamesradar.com/star-wars-mandalorian-tv-show-release-date-trailer-cast/

Inject this shit not just into my veins, inject it directly into my left ventricle. This is one of the best trailers for any show I’ve ever seen. I’ve seen The Watchmen movie, it wasn’t bad. Some people love it, some people hate it as happens with all book adaptations. The thing about The Watchmen is that the people who didn’t like it essentially all didn’t like it for the same reason: everything felt rushed. They tried to cram the whole story into two hours when really it needed much longer – sounds like a pretty easy sell for TV. I don’t know much about the story besides what I saw in the movie, but just from reading other people’s comments, I can tell it’s is going to adapt to a series VERY well.

Have you ever just completely missed the boat on something? I mean no matter how many people tell you how great it is or beg you to try it, you just feel like you’re too late. That’s Narcos for me. Not just Narcos: Mexico, all of it. Narcos, Narcos: Mexico, Narcos: Disney World – everything. So, excuse me while I speak out of my ass here (as if I haven’t been doing that the entire time). Narcos: Mexico has lived up to its predecessor as it tackled a brand new cartel. It’s everything that we loved about Narcos with some Mexican flair and big-name actors like Scoot McNairy (True Detective Season 3), Diego Luna (Rogue One), and Michael Peña (literally so many good movies I couldn’t decide which one to include so I’ll go with his most recent: Dora and the Lost City of Gold). Narcos: Mexico lives up to the hype.

This is an incredible snag for Netflix. The Witcher 3 was one of the highest-rated games to come out in recent memory and fan loyalty runs deep. Between the books and games, there is a ton of lore and story-driven plot behind The Witcher series. It’s really Netflix’s to fuck up at this point.

I’ll admit the trailer didn’t dazzle me. I like Henry Cavill playing Geralt of Rivia, although there has been an uproar over his lack of facial hair (can relate). With the completion of Game of Thrones, it feels like The Witcher is coming at the right time. Geralt plays a monster hunter in a mystic world that dives far deeper into fantasy than Thrones ever did, but expect to see similar landscapes, costume designs, and sword fights. If Netflix can get even a fraction of the viewers that are looking to fill the medieval fantasy hole left by GOT, The Witcher will be a huge success. 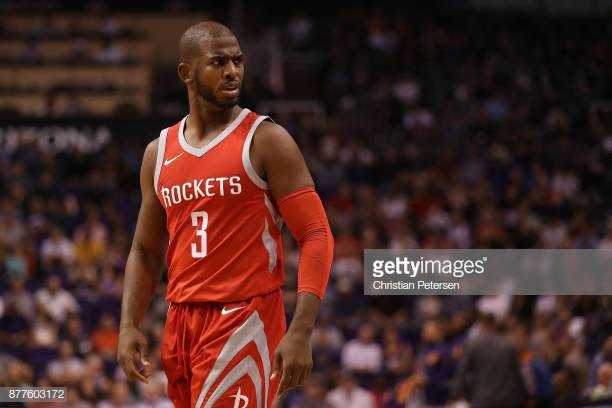 Chris Paul likely To Stay In OKC, Or Will He? 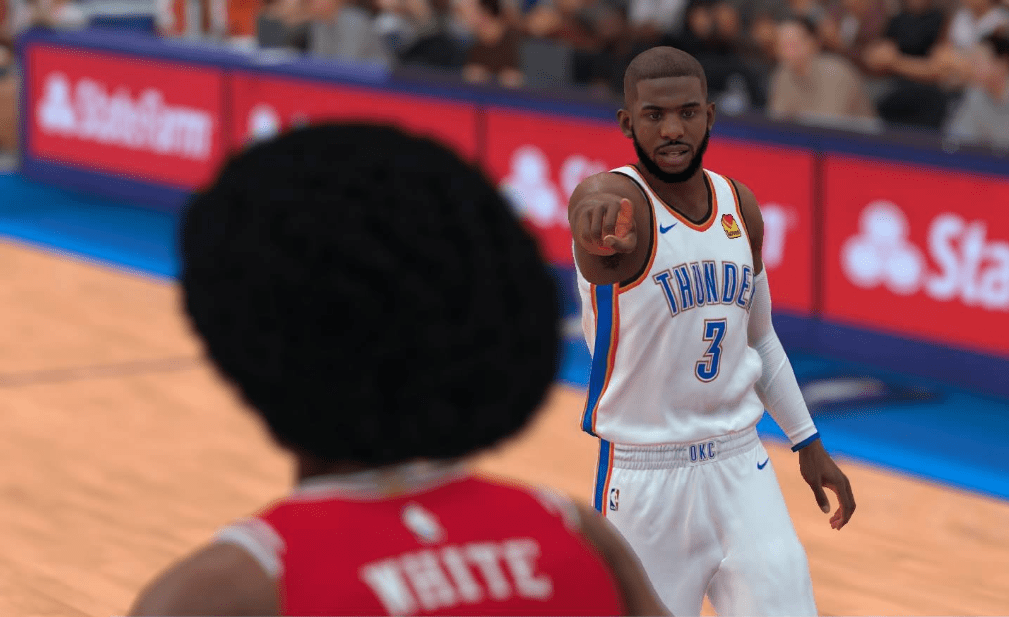 What If? Featuring Chris Paul Powered by NBA 2K19