For months (even years), basketball fans in New York dreamed about the possibility of adding two of the top talents in the National Basketball Association (NBA) today, as Kevin Durant was rumored to be leaving the Golden State Warriors after the 2019 season, as Kyrie Irving has always dreamt about playing on his home turf, as the 2016 NBA Champion is bread out of Orange, New Jersey.

Well, basketball fans of New York, you’ve got your wish. Just not in the way you thought, or wanted.

For almost 46 years, Knicks fans, including Stephen A. Smith, have been starving for a championship caliber team, led by one or two marquee talents, as the Knickerbockers haven’t sniffed gold since 1973.

Ever since Kevin Durant was rumored to be leaving Golden State following the 2019 season, last summer, James Dolan, the New York Knicks, and their fans have been salivating over the idea of adding the one player that could single-handedly change the disaster that is the organization’s current culture.

For years, Knicks fans have shared their displeasure with management as James Dolan’s club has been said to be failing the Knicks fanbase for what feels like two decades now.

More recently, the Knicks have suffered through failed experiments, such as hiring Phil Jackson as the team’s President in 2014, who damaged the Knicks brand even worse, by alienating players and strong-arming coaches into submission.

During the midst of a rather successful 2011 campaign, the club added Carmelo Anthony in a blockbuster trade with the Denver Nuggets, teaming him up with Amar’e Stoudemire, in the hopes of reaching the promised land for the first time in nearly 30 years. The team followed the path of teams before them and fell short.

Missing Out On Zion Williamson

After finishing their season, tying their franchise-worst, 17-65 in 2019 (17-65 in 2014), the Knicks faithful would get their hopes up one more time, eyeing the No. 1 pick in the 2019 NBA Draft, with Zion Williamson, Duke standout Forward, being the headliner in this year’s event.

“If they drafted me, I’d love to play for the Knicks,” Williamson told New York Post’s Zach Braziller, as Zion’s step father, Lee Anderson, happened to be a huge Bernard King fan.

Hopefully, Lee is also a big New Orlean Pelican fan, because that is where his step-son is headed after being drafted No. 1 overall by the Pelicans in the 2019 NBA Draft, as the dream for Knicks fans would fall short again, snatching the No. 3 overall pick, which they would use on Zion’s Duke teammate, RJ Barrett.

Though New York came up a bit short when it came to landing Zion, the hope in Times Square was that the Knicks would still be able to land NBA’s premiere star, in Kevin Durant, while also being able to reel in Kyrie Irving to join the 2x NBA Finals MVP in the process to bring winning basketball back to the big apple.

Things became so confident in New York, that Actor/Comedian, Adam Sandler, even took it to NBC’s Saturday Night Live, pleading his desire for KD to wear the orange and white:

Even with Durant going down with an Achilles tear in this years NBA Finals, and a year on the sidelines in his future, the Knicks would feel great about their future, with arguably the face of the NBA in their pocket moving forward.

Well, this week it happened. Kevin Durant, after winning multiple championships with Golden State, made it officially known he was leaving the Bay Area and making his way towards the big apple. Just not Times Square.

In the same period, Kyrie Irving made it clear that he was committing to the big apple, as well. However, just like Durant, not in Times Square.

On June 30, 2019, the basketball world was stunned when Kevin Durant and the Brooklyn Nets had come to terms on a 4-year/$164.3 million dollar contract, with Kyrie Irving, the Orange native, following suit with a 4-year/$142 million dollar deal of his own.

Not to rub salt in the wound, the Nets would also come to an agreement with former Knick, DeAndre Jordan, who has signed a 4-year/$40 million dollar contract with the boys in Brooklyn, as the Nets topped off their free agent spending with one the most elite rebounders in the game.

The Brooklyn Nets shocked most of the basketball world during the 2018-2019 season, with a 42-40 overall record, clinching the No. 6 seed in the Eastern Conference. For months, many considered the Nets the more “suitable” landing spot for Kevin Durant if he decided to enter the “concrete jungle”, as they were way better positioned for success than James Dolan’s squad, with a solid young core and coaching stage hungry for success.

In choosing Brooklyn over New York and Los Angeles, Durant and Irving avoid making a “cliche” decision by joining the two cities, instead, choosing their own path in which they can carve out their own legacy together with an organization that is equally as starving as the New York Knicks, for an NBA Championship.

Despite losing out on arguably the top two most prized players in the game today, Knicks President, Steve Mills, spoke positively about his team’s direction moving forward:

This statement has not been taken lightly by Knicks fans, however, as the fanbase will now have to be even more patient in years to come, with Mills current plan to rebuild through draft picks and current available free-agents, which will make for an even longer process going forward, with some of their division rivals making notable splashes this week.

With the loss of Kyrie Irving to Brooklyn, the Boston Celtics wasted no time in finding a suitable replacement, in signing Kemba Walker to a max-contract, worth $141 million dollars.

When speaking to ESPN’s Scott Van Pelt about his signing with Boston, Walker said, “Aw man, when you think of the Celtics, you think of championships, you think of winning, and that’s what I’m about. I’m about competing for championships and winning. That’s something I haven’t been able to do throughout the early years of my career. I haven’t been a consistent winner in this league and I just felt like Boston was the best fit for me to try and accomplish those goals.”

With this move, Boston remains as one of the eastern conferences’ top contenders, alongside the Philadelphia 76ers and defending champion, Toronto Raptors, as Brooklyn would also likely be in the mix with the edition of Irving during the 2019-2020 season.

This leaves massive question marks about the Knicks and their future, despite the recent signing of Julius Randle, who inked a 3-year contract with the club following Durant’s decision to join Jay-Z’s powerhouse in Brooklyn.

With their lineup potentially set at the moment, here’s how the starting five is shaping up in Times Square for the 2019-2020 campaign:

James Dolan and Steve Mills have some more moves to make, as the Brooklyn Nets have officially claimed the title of New York’s No. 1 basketball team with the recent turn of events. 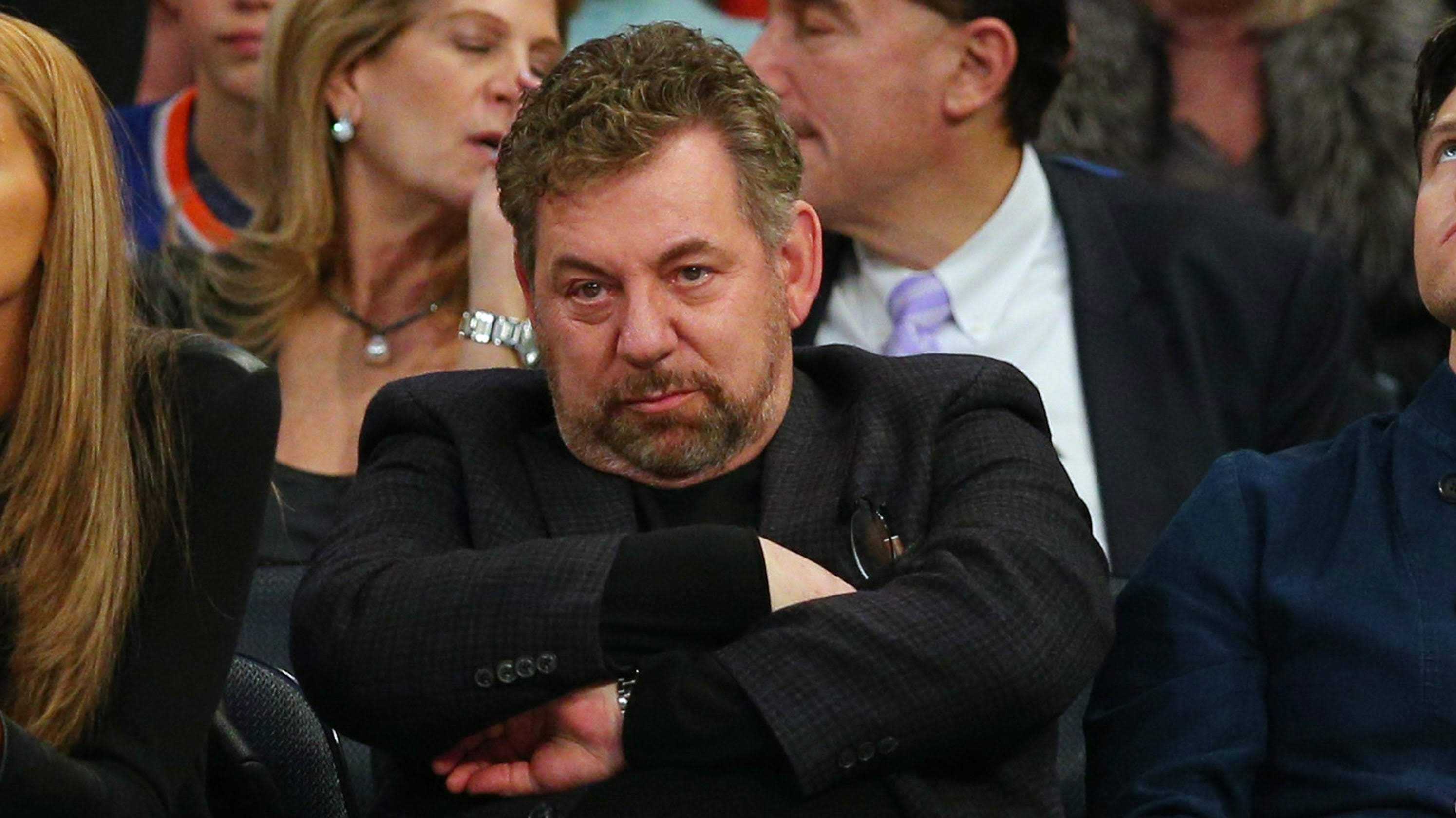 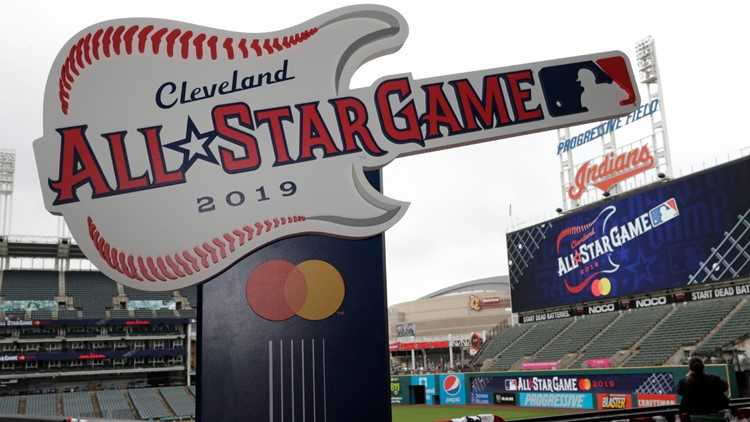