You never forget your first time right? Your first taste of a alcohol or that first driving trip by yourself after getting your license. Or maybe even your first trip to a race track you have never been to before. Wait what did you guys thinks I was talking about? This is a race article after all, I mean come on guys. Seriously though I was able to attend my first race weekend at the birth place of NASCAR, Daytona International Speedway. While the weather didn’t exactly cooperate perfectly, I was always told one of the worst places to attend a race was a super speedway well I beg to differ after my first time.

Friday night was the first taste of Daytona I got for the weekend. It was me and my wife attending our first race together. It was my first time ever being infield at a race track of this size. We showed up quite early to go infield due to us having infield passes to the UNOH Fan Zone. Let’s first off get this out of the way we had no clue what we were doing and probably walked a lot more than we had too that day. We were told to enter thru the Sonoco gate which was closest to our parking lot. So without knowing we walked all the way over to the gate before being told to get to the infield we had to walk all the way back to turn 4 tunnel.

Also did I mention it is Florida in the middle of Summer? Anyways, we made it to the fan zone and I was pleasantly surprised. The fan zone gave you access to the top of the cup garages, viewing windows to see into the garages and actually gave you an up close view of the inspection station for cup cars. The twenty five dollar price tag for the fan zone wristband was well worth it in my eyes. Because even if you didn’t get to attend the cup race you still got to see the cup cars and garages from a distance.

So, we got to walk out onto pit road and then onto the infield grass or swamp as it felt like under our feet. Then we got to sign the start finish line and got to access our seats from the infield. We got into our seats in section 323 Row 5 seats three and four. That section choice was a little bit off the track, but gave us a complete view of the whole track which was awesome. After getting settled in our seats and getting our driver scanners set up right before the driver intro’s unfortunately we got rained on for a good while.

After the almost two hour drying period of the track we were able to get some driver intro’s in and drivers in the cars. My first time hearing the roar of those engines at Daytona is unlike anything you’ve ever experienced even if you had been to a prior race at another track. The fact you knew these young drivers where about to turn laps of 180 plus miles per hour is just exhilarating as a fan. The on track product was leaps and bounds better than what we witness from the February race.

Watching GMS driver John Hunter Nemechek slide thru the infield and not tear his car up was a site to see live. Then to see pole sitter Tyler Reddick get involved in a wreck, fall laps down and then be right there back in contention at the end was awesome. Honestly hearing on his scanner the back and forth between his crew chief and spotter I was pretty disappointed at the end when he had to pit. Over all I would say even though the delay put a damper on things. The race finishing with Kaulig Racing finishing first thru third (before Aj’s disqualification was announced) and seeing the water melon man Ross Chastain celebrate in his home state was a perfect way to finish the night. It left me overly excited for the cup race the next day.

One of the traditionalist favorite races, the 4th of July Daytona race. You get a crazy fireworks show, and fast cars with raging driver tempers. Not to mention this is the last time we would have some super speedway racing on the weekend of the 4th at least for the foreseeable future. After lighting and crappy weather in the area the field was set by the books due to qualifying not occurring. That means right off the bat all of your big name players were up front for my first time seeing a cup series race at Daytona. Saturday started off better though, with another trip into the fan zone with my dad accompanying me to this race for his actual first in person race. It was awesome being able to witness the excitement he had along with my own.

Inside the fan zone I was able with my prior nights experience show him around the garage. Then we went straight out onto pit road and once again into the swamp, I mean infield grass area. Upon walking down the front stretch as far as allowed we noticed the rain coming and quickly putting a damper on our attitudes. It was almost a similar experience to Friday night. We got up into the stands and about the time we got into cover, the sky’s opened and it down poured on everything and everyone. So, after a good almost hour and half of waiting NASCAR made the decision to post pone until Sunday. Let me tell you after sitting under the stands for almost two hours watching the radar not improve any the decision was met well by me.

Here we go bright and early Sunday morning. It was sunny and hot. When I say hot I realistically mean one of the hottest live sporting events I’ve ever been too. The best part though was it wasn’t raining at least not for a good while possibly almost until the end of the race. The drivers walked across the stage and loaded into the cars and before we knew it those horses where roaring. It was time for the day I as a cup series fan had been waiting for almost two months since ordering tickets my first time seeing a cup series race in Florida. These drivers where about to run 200 plus miles per hour inches apart on this behemoth of a track.

My dad and I sat a lot closer to the track than my seating Friday night. We sat at the entrance to pit road section 126, row seven seats twenty three and twenty four. That put us seven rows from the fence you could see the cars as they went by, exhaust backfire and all. The smell of race fuel and burning rubber if it was something I could gather into an air freshener weirdly enough I would spray some every day just to enjoy that feeling again. It’s was like I said just exhilarating to experience that at the legendary Daytona International Speedway.

While we received the first notification of lightning and vacated the stands, my dad was able to get us an invite up to the suites under the red flag some how with his personality skills I guess honestly. Just in the little time I was able to set up there before leaving the track, if you have the money to blow that is the way and spot to watch a race at Daytona. My seats in no way shape or form were bad seats, but the suites supply food, drinks, A/C, and just about anything else you could imagine a race fan would need. The placement of those suites allowed for full view of the track and pit road.

After the stray lighting strike me and my dad called it a day and headed back to our condo with the impending eight hour trip home approaching the next day. Also we could see the track was about to be lost to rain. Which we both predicted correctly no less that 15 minutes after leaving that track they called the race. The decision to call the race has been met and was met with a lot of criticism even at the track. You had fans calling for them to dry the track and run it under the lights. Realistically NASCAR couldn’t do that once they lost the track in my honest being there in person opinion.

After hearing different opinions about attending a race a super speedway track. I was really torn on whether or not it would be worth the money. Well let me tell you if you have any hesitations about attending a race at Daytona, throw them out the window. The weekend experience over all was amazing especially it being my first time. The exhilaration of hearing those cars fire up each race, the smell of the race fuel burning was amazing. Each time the pack ran by us running 200 plus miles per hour inches from each other. The experience was well worth the almost eight hour drive, and the weather delays. While I didn’t technically get to see two full races, my weekend was well worth all the struggles. 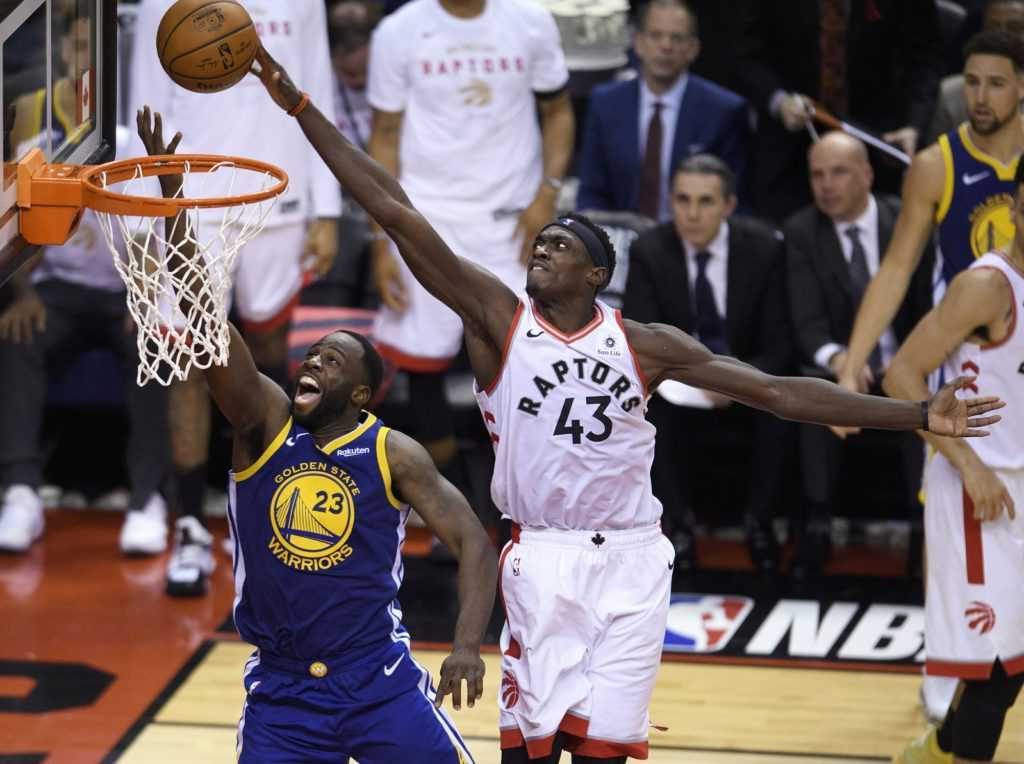 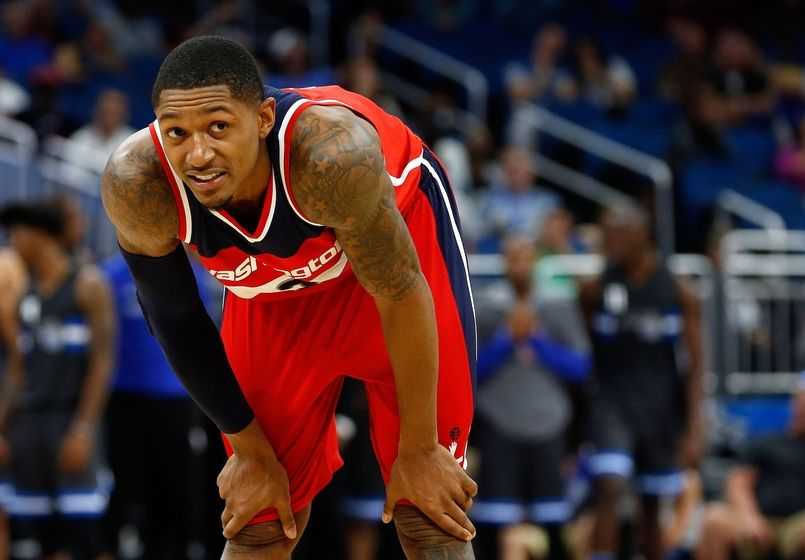 Should The Wizards Trade Bradley Beal?