The Seahawks haven’t had a losing record since 2011. In 2012 they drafted Russell Wilson, and since then there record has been 75-36-1 (nearly a 70% winning percentage), and there’s no sign of them slowing down any time soon.

The Rams have found their identity under the leadership of HC Sean Peyton, making a Super Bowl appearance in his 2nd season as HC. They have franchise cornerstones on both sides of the ball in QB Jared Goff and DL Aaron Donald. When RB Todd Gurley is healthy, he’s one of the most dominant RBs in the league.

The Cardinals and 49ers are trying to find their identities. Since acquiring Jimmy Garoppolo prior to the 2017 season, he’s only appeared in 9 games for the 49ers, leaving a “there’s always next year” feeling lingering over fan’s heads. The Cardinals are hoping that new signal-caller, Kyler Murray, and new HC, Kliff Kingsbury, can turn things around in Arizona.

Let’s have a look at some of the most anticipated training camp position battles that will help shape the NFC West in the upcoming season.

With 2019’s first overall pick, Kyler Murray, and offensive weapons David Johnson and Larry Fitzgerald, the Cardinals hope to be set on the offensive side of the ball. The majority of their position battles will take place on defense, and the most interesting one may be at inside linebacker where four players will be vying for one starting position. The candidates are: Dennis Gardeck, Joe Walker, Dante Booker, and Tanner Vallejo.

Gardeck was an undrafted free agent in 2018, and the 24 year old played in all 16 games primarily on special teams. He’s a little undersized at 6’2”, 218 lbs, but the Cardinals love his tenacity.

Walker and Vallejo are the veterans of the group, both having played 2 seasons in the NFL. Walker may have the edge over Vallejo (6’1”, 230 lbs) however, as he’s already played a season with the Cardinals and he’s slightly bigger at 6’2”, 240 lbs.

Booker only has an outside shot at the position. He was an undrafted free agent pickup but played five seasons at Ohio State, where he was coached by Cardinals linebackers coach Bill Davis.

It seems like Gerald Everett has been battling with Tyler Higbee for snaps ever since he was drafted in the 2nd round of the 2017 NFL draft. Higbee played more than twice as many snaps as Everett last season (Higbee 788/Everett 380), but Everett got the majority of the snaps in the playoffs.

The numbers that both players have posted have been almost indentical. Over the past 2 seasons, Higbee has recorded 49 catches, 587 yards, and 3 TDs. Everett has recorded 49 catches, 564 yards, and 5 TDs. With that being said, it’s hard to argue that the Rams wouldn’t get more receiving production out of Everett than Higbee if he had played the same amount of snaps. Higbee has been the better blocking option however, and the Rams will continue to rely on bell-cow RB Todd Gurley as a feature in their offense.

IF Everett improves as a blocker, he’ll most likely become the #1 option. He’ll have training camp and the preseason to prove it.

In the Cover 3 single-high safety scheme, it’s important to have a free safety that can read and react in coverage. This is something the 49ers have failed to find since defensive coordinator, Robert Saleh, installed the system three years ago.

Two of the options at the position, Adrian Colbert and Jimmie Ward, have both failed to 1. Show consistency and 2. Be healthy enough to play a full 16-game season. Hopefully one of them can step up and show that they’re up for the challenge. If not, there’s a third option: D.J. Reed, who will be converting from CB to safety this year. Reed is undersized for the position though (5’9”, 190 lbs), and will have to show elite athleticism in order to make up for what he lacks in stature.

Free safety is one of the most important positions in the 49ers’ defensive scheme, and if they can’t identify someone in training camp who can play the position reliably it will be a long season for San Francisco’s defense.

In the wake of Doug Baldwin‘s retirement, the Seattle Seahawks must find someone to replace his production on the field. He was one of Russell Wilson’s favorite targets, hauling in 297 passes over the past four seasons. Tyler Lockett played a decent amount of time in the slot in Baldwin’s absence last season (due to a lingering elbow injury) and when the offensive alignment called for it, but his value as an outside receiver can’t be overlooked.

In the second round of the NFL draft, the Seahawks selected DK Metcalf with the 64th overall pick, but at 6’4”, 230 lbs he’s hardly suited to play a lot of time at slot receiver.

Two contenders for the position will be David Moore and Jaron Brown. Brown is 29 years old and is entering his 7th season in the NFL. He was named the No. 3 receiver on the depth chart by HC Pete Carroll prior to the start of the regular season last year, but he didn’t see much action on the field. He was only targeted 19 times all season, but he did haul in 5 TD passes.

David Moore spent the majority of his rookie season on Seattle’s practice squad, only appearing in one game in 2017. He showed some promise in 2018, however, hauling in 26 receptions for 445 yards and 5 TDs. But with a catch % of just 49.1, he’ll need to develop better chemistry with Wilson if he wants to spend more time on the field in 2019.

One of these players will need to step up because Russell Wilson needs a reliable target in to fill in where Doug Baldwin was a staple for the first seven years of his career. 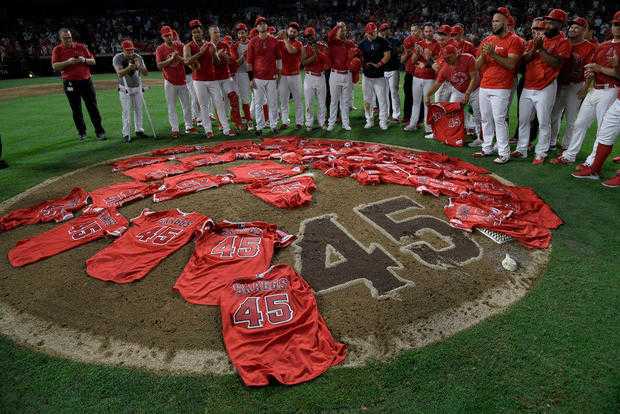 Angel On The Mound: Angels Tribute to Tyler Skaggs 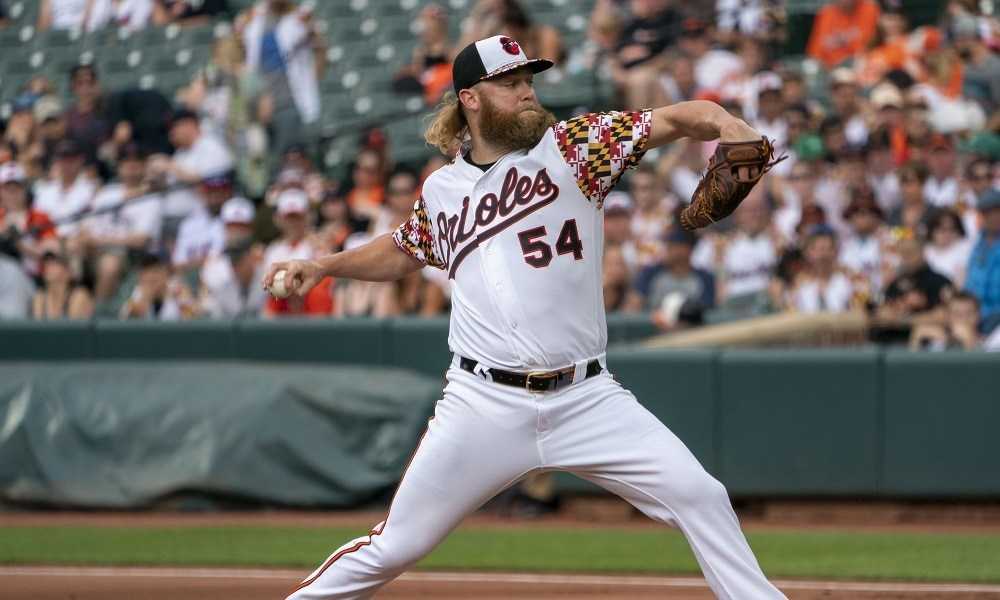