Congratulations, you’ve done it! It was a tough six months, but fantasy football is just around the corner! No longer do any of us have to waste our weekends sitting through meaningless baseball games. Football is going to be on every weekend from here on out until 2020. All that’s standing between the NFL regular season and another annual draft is the dress rehearsal that is Preseason Week Three. Ok, technically there’s a fourth week. That should in no way shape or form have any immediate impact on your fantasy draft prep though. Preseason Week 3 is cram week though, so here is your last second fantasy football prep.

If you’re new to fantasy football, welcome. You’ll get tips here that will give you a leg-up on your competition. Whether it’s a new league with your friends, a pool at work you decided to join, or maybe you’re just seeing if it’s for you, fantasy football is a great way to build new friendships and strengthen existing ones. Warning, it may get competitive in there. Don’t take it personally if someone gets angry that their entire team scored 38 points in an entire week (true story about my team one year) think of it as you throwing a blue spike shell at your friend in first place in Mario Kart.

For those of you that are grizzled veterans of the fantasy football world, I know there are a multitude of ways you or your league members prepare and formulate strategy.
I’ve seen the entire spectrum. If nothing else, maybe this will serve as a quick refresher and an opportunity to fine tune your draft preparations. This will be my 7th consecutive year in my league with my best friends and my two brothers. We have had a different champion every year. I aim to be the first repeating winner, and these tips are just a little bit of my strategy. We haven’t drafted just yet, so I have to keep some secrets just a little longer. It doesn’t matter if you’re a custom excel sheet curator, a gut pick only guy, or a casual researcher. Winning a league is possible if you follow these simple, tried and true steps.

It may seem obvious, but please know your leagues format before you draft. The worst thing you can do is walk into the war room with a great strategy for a PPR league and then realize it’s a standard one. Double check with your commissioner about the scoring, amount of bench spots, and starting roster positions. Make sure you plan ample time for your draft, don’t think you’ll get an online one done in an hour. For a live draft, certainly give yourself at least two to three hours. It’s much more enjoyable to take your time and make sure you’re comfortable with a pick instead of rushing yourself (and others) the entire time.

The last necessity is just to double check on the health of all players you’re interested in and fantasy studs. Any player’s best ability is availability. An injury to a star player (or holdout if it’s bad enough, were looking at you Melvin Gordon) instantly changes the draft position of the top players, and you may or may not be the beneficiary. So don’t forget to check and draft someone that’s out for 2-3 weeks to start the season. Do this and you’ll start in a hole that’s hard to dig out of.

Don’t Lose the Draft in Rounds 1-4

You can go straight chalk and take the best player available in these rounds and still be okay. While I don’t suggest doing that, you’d be at least stacking your team with certified points producers. The first four rounds are the foundation of fantasy. Fun to say, and a handy mnemonic device to remember. DO NOT GET CUTE IN THE FIRST FOUR ROUNDS. As a general rule, you should be able to get a top ten player in his position during these rounds. Save the draft day hero work for later. I’m a diehard Kansas City Chiefs fan, maybe you’re fanatical about your team, I’m not picking Mecole Hardman or Sammy Watkins with my first four selections.

Everyone in your league should be drafting along the same guidelines early in the draft, who’s going to score a majority of my points this year? If you ever ask yourself in your first picks who the starter is at whatever position, reconsider. You’re not going to win your draft in these rounds, but you can destroy any and all chances of winning your league if you get cute. Even if your super creative, hilarious, stand-up career starting team name depends on drafting a specific player, don’t ruin your draft for that.

Win the Draft in Rounds 5-9

This is the fun part of the draft. This is where all of the off-season research, all the training camp visits, the recorded fantasy advice shows, and fantasy savvy is put on display. Your draft strategy will be tested in the middle of the draft, and this is where you can win it. If you have a late round pick, think about wrap around value (by wrap around value, I’m talking about a snake draft format. Whoever picks last in the previous round would select first in the next round. I highly suggest this drafting format). If you’re middle of the pack, project who you think will be available based on any patterns you pick up from the wrap around picks. If you’re waiting a while between picks, protect yourself and take who you want. Chances are you won’t get another shot at them.

This is also a fantastic point in the draft to (if you’re in a live draft league that allows it, which everyone should at least try one year) take advantage of trading up or down. Draft day trades are an exciting wrinkle to introduce to your draft. Want a specific pair of players in round 6 but don’t have a pick for a while? Strike up talks with someone in your league and think about trading your 7th and 9th round picks to get two 6th round selections. If you have a strategy all laid out, be prepared to adjust on the fly. Somebody you have ranked as a 7th round talent in your personal rankings, another person may take in the 5th. You have a little more freedom in these rounds, so take advantage of it, build off your foundation, and have your starting rotation built by the 9th round.

This is where you can get risky and look like a fantasy fortune teller. Now, I’m not advocating to pick random third string running backs that you swear you have a hunch on in all of these rounds. But, if you want to take a chance, this is the point of the draft to do that. Especially in leagues that have freezing options for the next year. This is a great spot to project out young talent. Perhaps your favorite team has an unheralded talent, or maybe there’s a couple of players you’ve done your own research on and can give you that extra edge you need to get you over the top.

Picking a strong sleeper here can give you an enormous advantage in your league, with the added bonus of infinite “I told you so” value. If gambling on sleepers isn’t in your plans, these rounds are ideal for handcuff options. For the new fantasy owner, a handcuff player is a backup to the starter or maybe even a part of a positional group that equally split targets or carries. The hope is they will score more fantasy points if something happens to the starter or another player.

A prime example of this from last year would be James Conner of the Pittsburgh Steelers. While LeVeon Bell was the obvious starter there, Conner was no doubt talented and could step up if needed. As it turns out, Bell didn’t play at all, and Conner was the starter. He just missed 1000 yards rushing , scored 12 touchdowns, AND in weeks 1-13 last year broke as many tackles as Saquon Barkley. Now, I’m not promising that every handcuff is going to work out in that dramatic of a fashion. At this point of the draft though, picking a player with that hope won’t hurt you. Worst case scenario, it will free up a bench spot for bye weeks. Speaking of bye weeks…….

Rounds 16 and 17 and for these purposes only: defense and kicker. People are going to start picking kickers and defenses in rounds 13 or 14, it happens every year. You know who has won their fantasy league solely because they picked an “elite” kicker earlier than everyone else? Nobody. As for defenses, it is incredibly hard to repeat as the number one defense in the NFL. It is also impossibly hard to project the amount of points a defense is going to consistently score for you on any given week. It’s a week to week matchup for defenses, and there may be one or two super defenses a year, and I’m not knocking what the Bears did last year. It’s hard to imagine that they will be able to be that dynamic for a second straight year.

Your best bet is to pick a defense you like, has a good schedule, and not get married to them. Be prepared to stream defenses throughout the year and go with whoever has the better matchup. Like literally anyone who will play the Dolphins or Bengals.

One last thing to mention is bye weeks. Don’t psyche yourself out of a top tier player just because they have the same week off as another one of your studs. That’s what rounds 5-9 are for, as well as your in-season waiver wire. The only time you should be concerned is if you pick four or five players with the same bye. You don’t want to be fielding half a roster. But don’t worry about needing one or two fill ins, injuries will force you to do that way more often than bye weeks.

Now you’re ready! I hope I’ve helped give you all a blueprint for success in your fantasy football league this season. Have fun with it! Whether there’s a little money on the line, a trophy, or just bragging rights, the point of fantasy football is to have a good time with your friends. For the most part… The rest of it is about winning and cementing your status to your league that you are a fantasy genius and eternal glory. I’ll be covering projections from week to week once we get in full swing. Look out as well, I will be dropping insights from my own drafts that are coming up. As usual, please hit me up on Twitter with your thoughts/comments and even your own fantasy stories and questions! Good luck everyone!

Here’s to another year of never drafting an Oakland Raider! 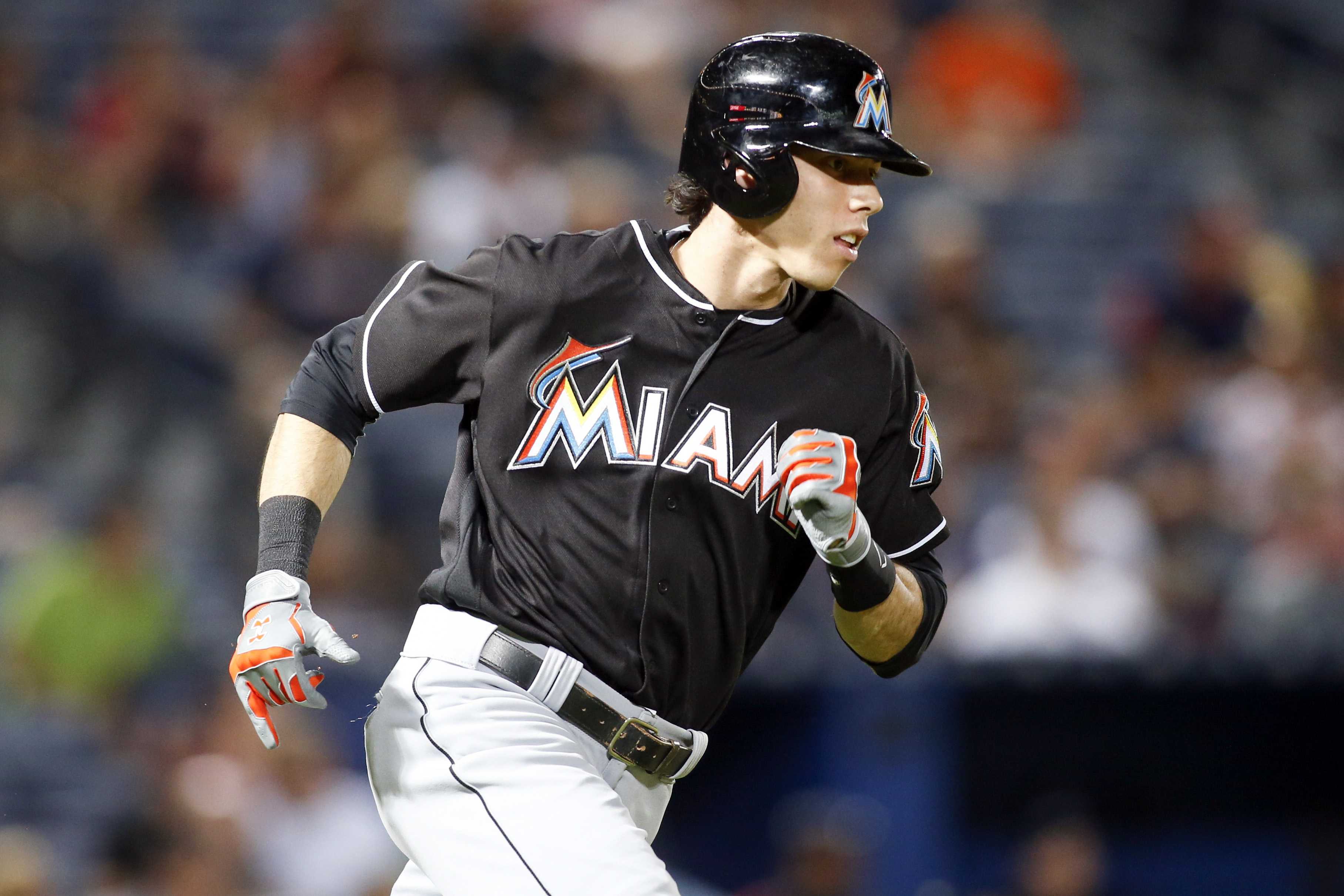 Should The Miami Marlins Have Kept The Band Together? 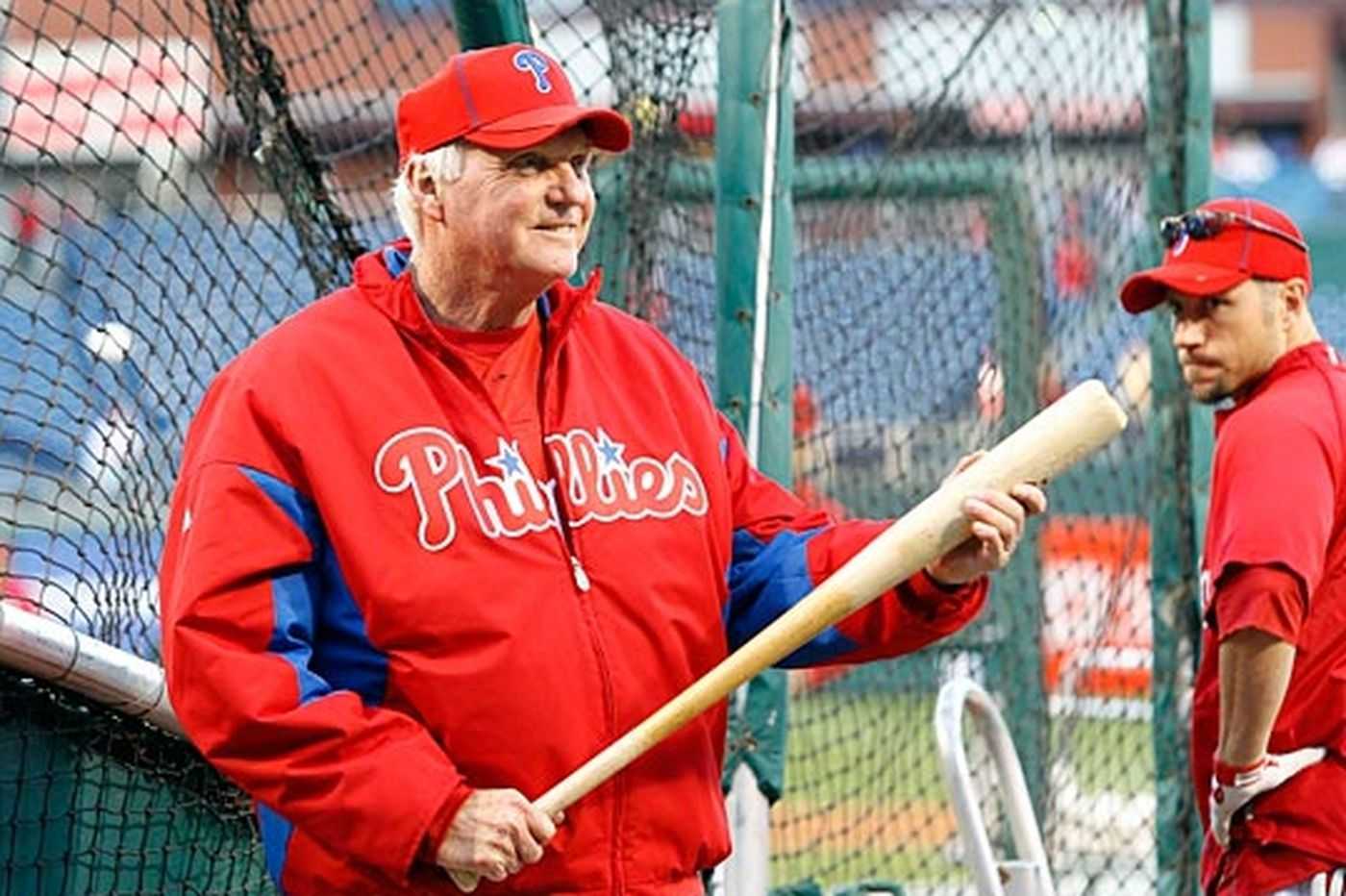