The WNBA season concluded on Sunday; all 12 teams were in action. Now with the season over it is WNBA playoffs time. The Washington Mystics and Connecticut Sun clinched double byes and the Los Angeles Sparks, and Las Vegas Aces will get first-round byes. Here is a preview of the first-round single-elimination matchups. Let’s take a look at the WNBA Playoffs First Round Preview.

No. 8 Phoenix Mercury at No. 5 Chicago Sky

The Chicago Sky won the season series against the Phoenix Mercury 3-0. Sky has a lot of talent on their team, led by Diamond DeShields who leads the Sky in scoring averaging 16.2 points per game. Courtney Vandersloot runs the point and averages 9.1 assists per game. Allie Quigley is the second-leading scorer for the Sky with 13.8 points per game. Cheyenne Parker is another critical player; she will play a significant role with Jantel Lavender being out for the season.

The Phoenix Mercury have two of the top five leading scorers in the WNBA. Brittney Griner (20.7) and DeWanna Bonner (17.2) points per game. Leilani Mitchell is third on the team in scoring averaging 12.8 points per game.

In a one-game elimination, the Mercury could be a dangerous team with their duo of Griner and Bonner. A wild-card for the Mercury could be Diana Taurasi, who knows if she will be able to play. Taurasi just got back from injury and went back out due to a hamstring injury. Even if she plays, there is no telling how effective she would be, Taurasi has struggled since her return. The Sky will have to slow down Griner and Bonner to win the game and play good team ball as they do. Chicago will rely on their balanced attack and strong bench play to pull this one out. For the Mercury to win, they will need to get more bench production for their bench players.

The Seattle Storm won the season series against the Minnesota Lynx 3-1. The Storm feature one of the best players in the WNBA Natasha Howard. She averages 18.1 points and 8.2 rebounds per game, Howard also averages 2.2 steals and 1.7 blocks per game. Jewell Loyd is their second-leading scorer with 12.3 points per game.

I look for Natasha Howard to come out and try to take this game over; it will be up to Napheesa Collier to try to slow her down. Howard will need som help Jewell Loyd and Jordin Canada to pull this one out. The Lynx offense will go through Fowles as it should. Sims and Collier will need to play outstanding as well. The Storm’s Mercedes Russell will have her hands full with Fowles. This game will be a great game i can see it going down to the final two minutes.

Those are the WNBA Playoffs First Round Preview. 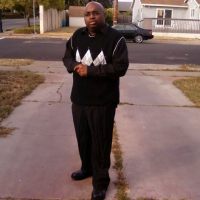