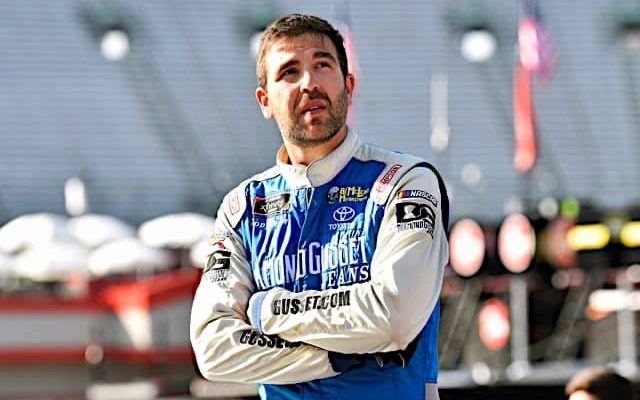 In the short amount of time I’ve been a part of Belly Up Racing I have got to speak with some awesome people. Most of them being employee’s, but a few have been super cool and laid back racers. That is no different with this next guy, Tommy Joe Martins. If you don’t follow the lower series like the Xfinity or Truck series you may not know much about him as a driver. I was lucky enough to get the chance to talk back and forth with him on Twitter the other day. Before I get into that conversation though I wanted to give you guys a small bit on information about Tommy.

On December 7, 1987 the man you know as Tommy Joe Martins was born. He got started kart racing but later on in life unfortunately he quit racing to graduate high school and start college. He went on to pursue his journalism degree with Ole Miss University in his home state and his passion for racing was soon reignited running a 350Z with his dad in the SCCA T2 division. The team of him and his dad went onto win five national events and six regional events. Tommy was able to race late models at Nashville Fairgrounds Speedway. He went onto race in the truck series having limited success, then making the jump to the Xfinity series where he is currently now. While Tommy hasn’t won a race yet in either the trucks or Xfinity series one thing you can not take from him is the things he has done with the under funded equipment and cars. None the less lets get to it maybe you will learn something things.

The Questions and Answers

1. A lot of time as a fans we don’t really get to see who you are: we see the racer Tommy more than the person. So, tell me one thing as a fan I wouldn’t suspect about you? Like what do you like doing outside of racing if anything?

1A. As far as hobbies I think im a pretty typical guy. I live in Las Vegas and travel to the races so I play poker and golf. I watch sports -especially anything Ole Miss related. I also play a lot of sports video games and go out to have the occasional beer. Overall, life outside of racing is pretty boring.

2A. Stop having those dreams. Really. I actually had a couple of kids here in Las Vegas that met with me about that recently. I had to sort of tell them there was no Santa Claus. Racing is very expensive. It’s better to understand that on the front end. It doesn’t matter how good you are, nobody is going to pay for you to do it. You need to find a way to get some money behind you to move up the ladder in the sport. For me, that was my father he has paid for nearly all my forays into NASCAR..very expensively. It’s cost my family hundreds of thousands of lost dollars. I regret it in a lot of ways. I want people to understand the realities of it before they ever decide to go down the path that I’m currently on. Age has nothing to do with it-you can start at any age you want – you just need to make sure you have the backing necessary.

If you look at racing like a fun hobby and stay within your means, it’ll never disappoint you. If you look at it like Jeff Gordon-you’re in for a really upsetting time. If you don’t have money, learn to work on a car. That’s your best shot. Guys like Josh Williams and Jordan Anderson come to mind. They work on their own stuff and get paid as mechanics – not as race car’s drivers. That’s another path but still extremely difficult.

3. You seem to be as much a driver as you are a fan. So, with all the talk about schedule changes in the near future. Which tracks would you like to see added to any of the three schedules? Which would you love to even take some laps around?

3A. Nashville Fairgrounds Speedway is the obvious one. It was my home track as a late model racer starting out and I really think it’s the perfect size facility for NASCAR competition. 5/8 mile track with high banking, worn out surface, and a lot of history it would put on a fantastic show. Plus the Nashville market is the perfect place for NASCAR. Which might be why we’re moving the awards banquet there this year.

4. Since you’ve been racing whether it be trucks, or Xfinity cars who has been one of the best competitors? When I say best I mean in a sense of attitude and over all talent.

4A. That’s really tough. There have been so many great drivers I’ve been able to race against. I think Landon Cassill is one of the best guys out there, period. I raced against him briefly in late models and knew immediately that he was the guy I needed to judge myself against. Jordan Anderson and I had a lot of battles in the trucks in 2016, same with Travis Kvapil. He’s a champion and really taught me how to race one of these things that might not be the best thing on the racetrack.

In the Xfinity the last few years, BJ McLeod has taught me a ton. I always knew Garret Smithley was good but I’ve been able to see that up close, same with Ross Chastain. Ray Black, Josh Williams, Grey Gaulding, Jeremy Clements, and I mean I could just keep going. The midfield in that series is so, so deep. Like at road courses when Alex Labbe comes out or Scott Heckert – I mean those are championship road racing guys that I get to compete against. Timmy Hill, my teammate now at MBM, he’s so underrated. It’s just an awesome, competitive group that doesn’t get a lot of credit they deserve.

5. Out of all the drivers you have raced against or even watched race who would you say that your driving style relates to the closest?

5A. I’ve always thought of myself a lot like Terry or Bobby Labonte. Loved how those guys raced. Patient, took care of their stuff, always a championship threat at the end of the year because they were so well rounded at so many types of tracks. Maybe didn’t win every week but always got the most out of it. Aggressive when they needed to be but patient enough to wait for the right opportunity.

6.So, last question if Tommy Joe isn’t racing full time or even part time for a career what is he doing? What would be the thing to get you out of bed and say for instance get that fire lit to start your day?

6A. Thing is, I’m not racing full time. That’s something a lot of people don’t understand about our sport. I don’t make ANY money doing this. It takes every dollar just to try and compete. The only time I’ve been payed by MBM this year was for a start and park at Darlington- that’s it. I work a normal job just like everyone else in between these races, at Ron Fellows Performance Driving School here in Las Vegas. Racing is the full time job that doesn’t pay me.

If I can find a way to get a sponsor and make some money off of it, thats the dream for me. A lot of dreams have came true, I’m extremely blessed. I think I’ve proven that I can compete at this level. Getting paid to do it is the one dream I’m still waiting on. Given the current state and direction we’re headed where driver funding is even more prominent, I don’t see it happening anytime soon.

So there it is races fan. I’ll end this little article like this in just a minimum six question conversation with Tommy he was able to teach me a lot about a sport I know and love. Being a stock car racer isn’t all rainbows and sunshine especially for the middle of the pack drivers we all like to give a hard time. The thing though is these guys are out there doing what they love, they don’t want to run week in and week out multiple laps down. They want to be in the top ten competing unfortunately the sport doesn’t allow for everyone to do that week in and week out.

I really once again want to express my gratitude for Tommy Joe Martins taking some time out of his day to just answer a few questions. I am not quite sure how many more races we see Tommy Joe Martins run this year if any, but I will be looking for him week in and week out on the score boards. Even if he doesn’t win a single race which I really hope isn’t the case he has gained a new fan in the media with just being himself and remaining humble enough to talk to an up and coming media group writer.

Once again, make sure you go and get entered into our final four championship contest. Also if you get some time I would highly recommend checking out Tommy Joe Martin’s website and give him a follow on twitter. He is the example of a driver who loves what he does and with more drivers like that this sport will always remain great. 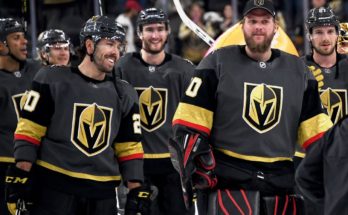 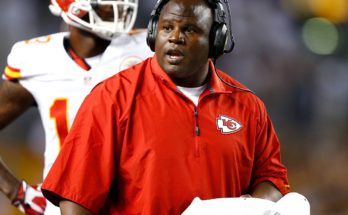 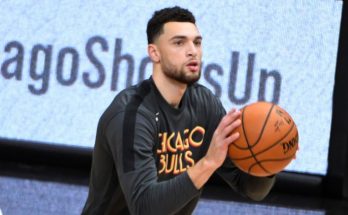 Zach LaVine is Playing the Best Basketball of his Career

What's up, everyone? My name is Chris Prince. I have been a part of Belly Up sports for a little bit now. I am the head of the best department which is the racing department. When I am not writing articles and editing them I am a full-time 911 dispatcher and a full-time racing fanatic. I have a beautiful wife in which you all get the gift of seeing in my picture, and i have two awesome sons in whom I am trying to instil the love of motorsports. If you want to know anything else feel free to ask!

View all posts by Chris Prince → 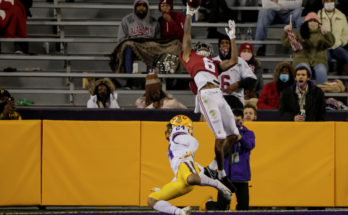 Back in December, T-Bob Hebert was waxing poetic about the difference between Alabama and LSU fans on ESPN 104.5. Alabama fans were having a field day. They pointed out how …