Radness is not something easily defined. Thankfully, I am a rad expert and certified to qualify rad-levels. What makes something rad you might ask? Well, put simply rad is a way of life. It’s the light beer drinkin’, reflective shades wearin’, Hawaiian shirt rockin’, mustache toutin’ way of living that separates the rad from the sad. As part of my personal campaign to #MakeNASCARRadAgain, I hope this article will help encourage more rad behavior in NASCAR that was once so common in this great sport. 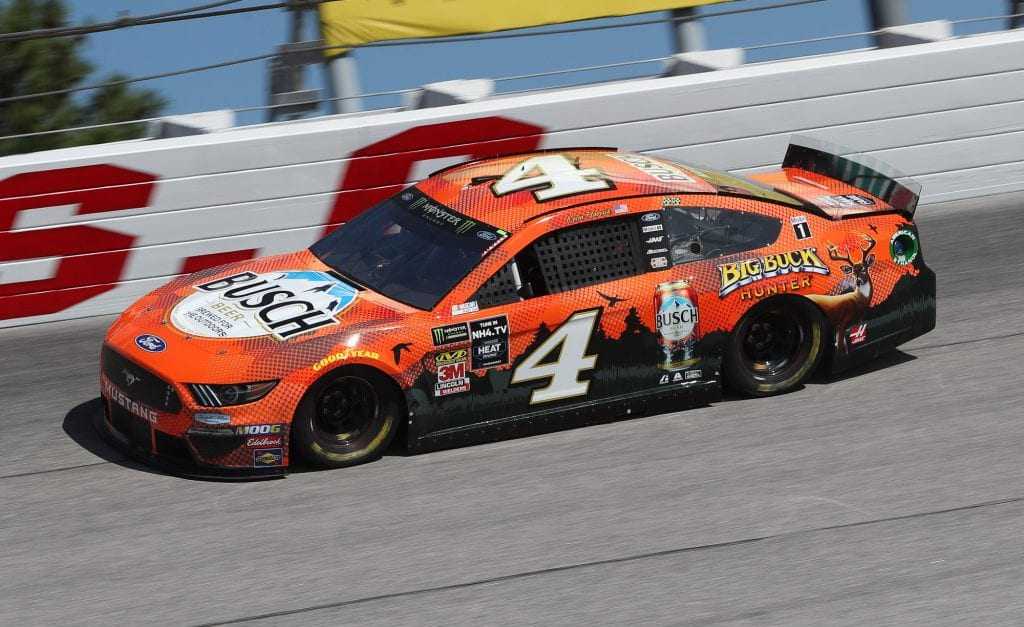 You know what’s rad? Video games. You know what’s even more rad? A video game designed for drinking at a bar while virtually hunting. Kevin Harvick may not have had a throwback paint scheme for Darlington this year but he had the next raddest thing, an orange car covered in beer logos and Big Buck Hunter. 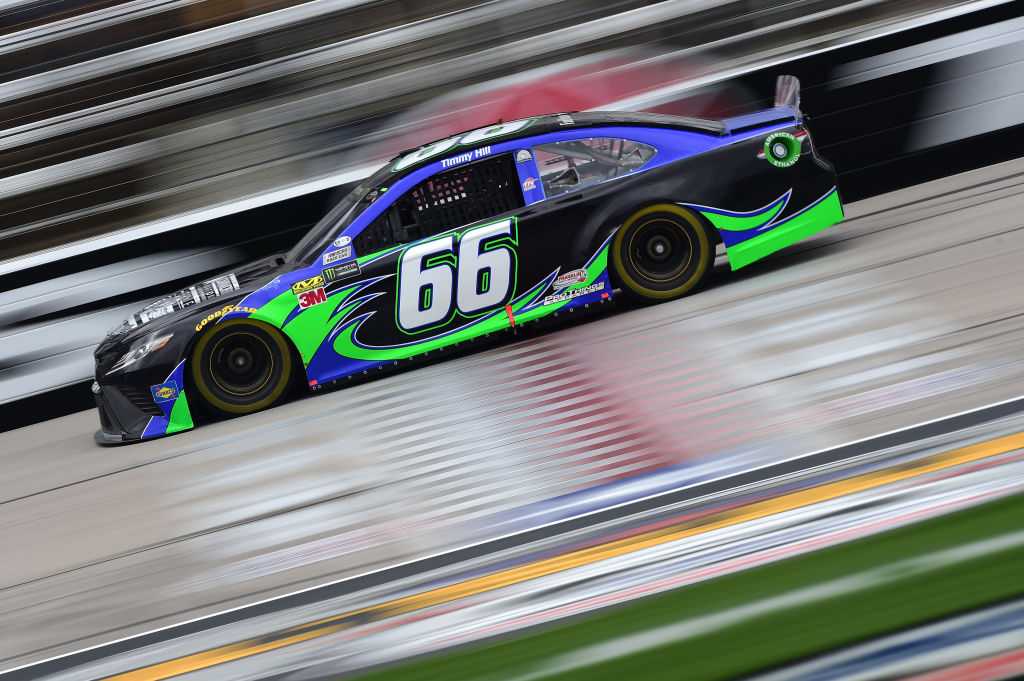 You may not recognize this No. 66 Toyota from MBM Motorsports and trust me, you wouldn’t be the only one. Nevertheless, when Timmy Hill took the track for the O’Reilly Auto Parts 500 in Texas this year, he did it in style – sponsors be damned. Even in the back of the pack, it’s hard to miss those radical waves of neon green and electric blue crashing on the black base. 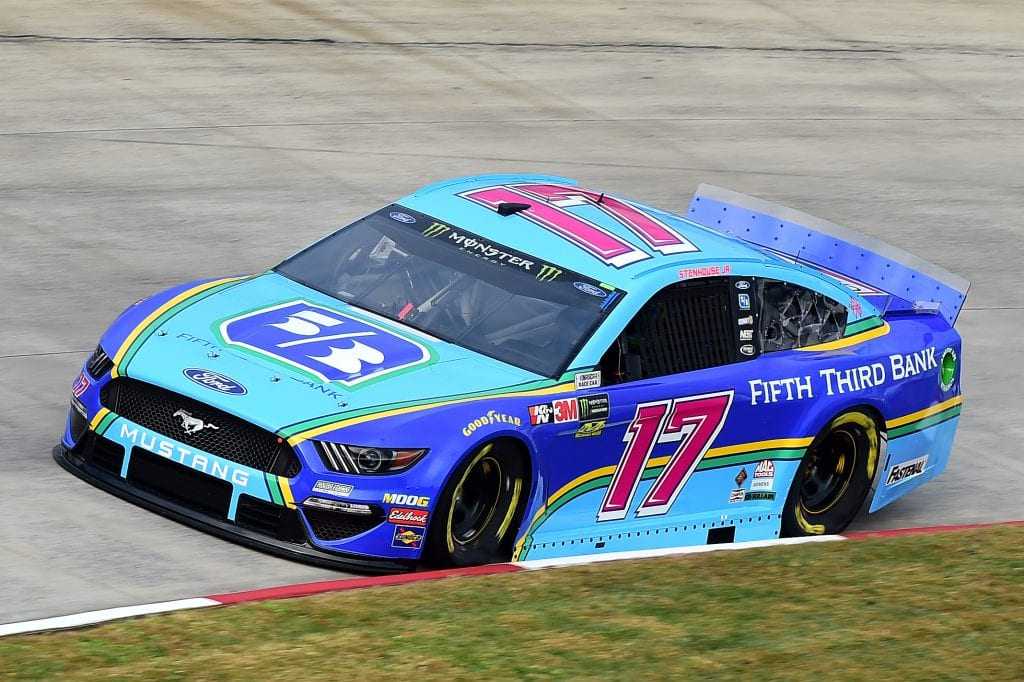 Ricky Stenhouse Jr is a pretty rad dude that is unfortunately not known for the raddest of paint schemes. For the First Data 500 at Martinsville Speedway this year however, Stenhouse was rocking a paint scheme that closer fits his mullet lifestyle. If the green, yellow and blue strips on a light blue base wasn’t wild enough, the No. 17 roundhouse kicks you in the eyes with those bright pink numbers. 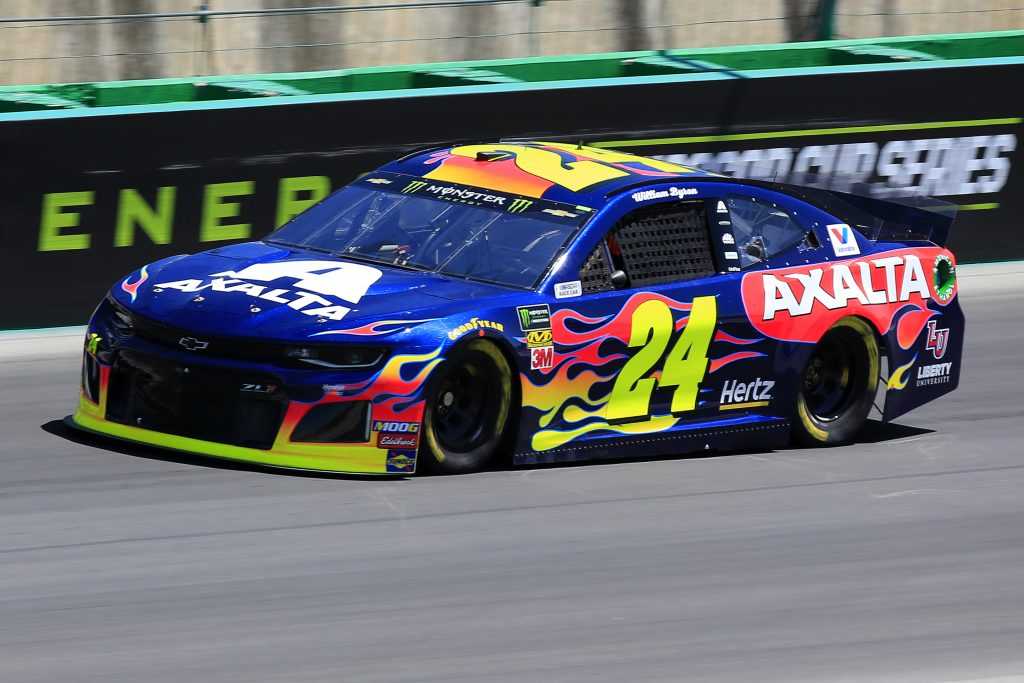 This paint scheme is like a rad level cheat code. Sure, it may not be an original paint scheme for William Byron but when you’ve already designed one of the raddest paint schemes in NASCAR history, why change? Besides, everyone knows copying the homework from an older guy that took the same class a few years before is a super rad move. 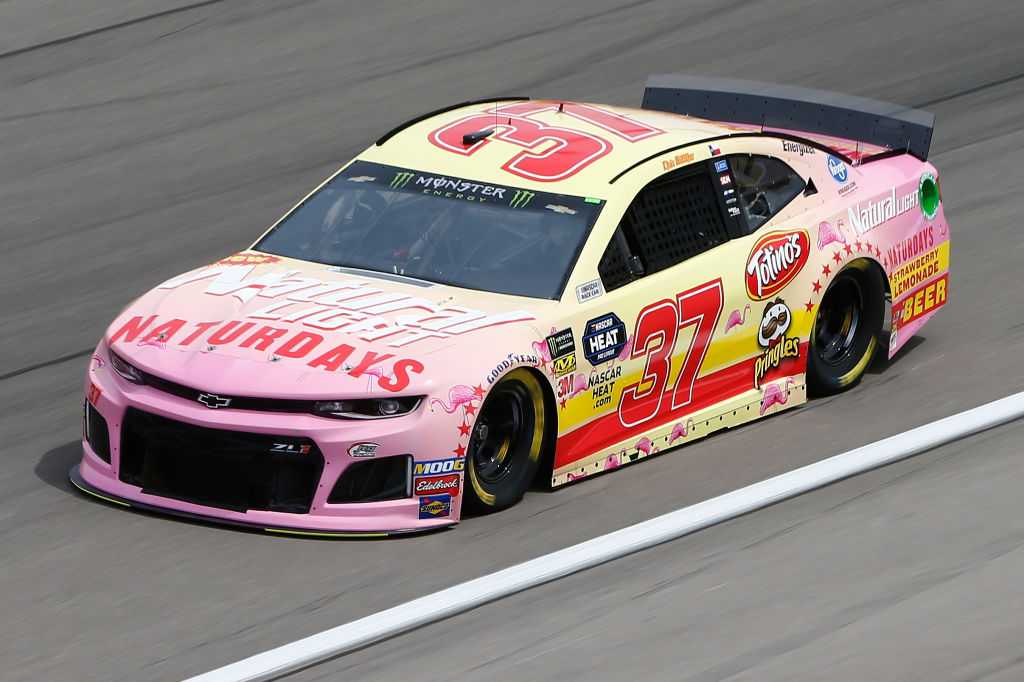 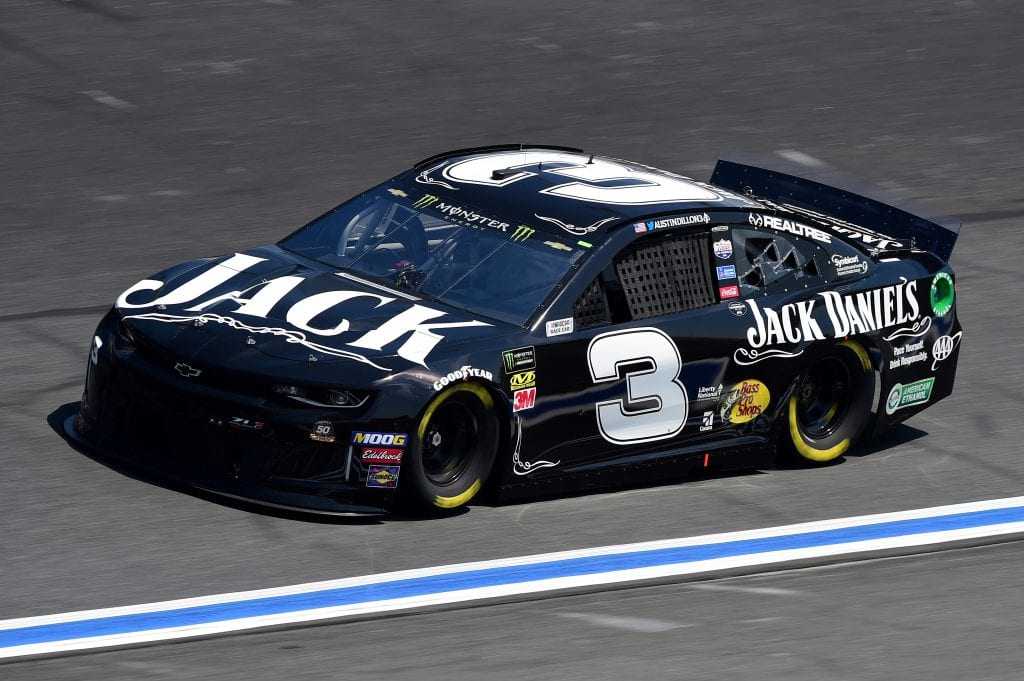 Sure, this car doesn’t necessarily fit the traditional mold of radness. Where it lacks in bright colors and lightning bolts however, it makes up for in a rad lifestyle. For the Bank of America ROVAL 400 at the Charlotte Motor Speedway Road Course, Austin Dillon drove essentially the car version of a bottle of Jack Daniel’s – and that’s very rad. 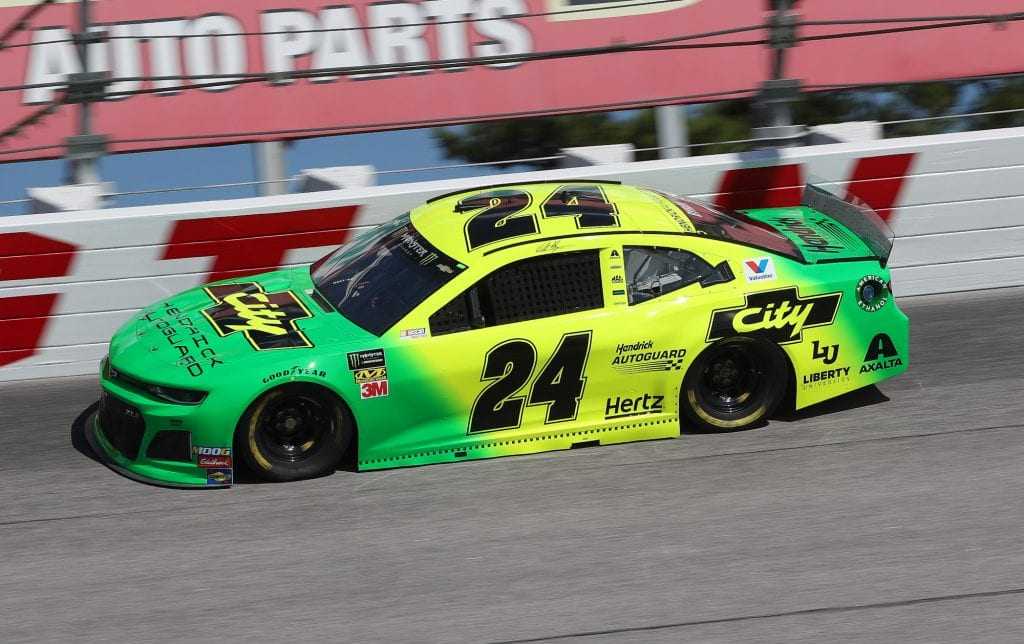 While other drivers and teams were diligently trying to honor past legendary drivers at Darlington this year with throwback paint schemes, William Byron said, naaahhh were gonna drive that car Tom Cruise drove in that NASCAR movie from the early ’90s. They even made a Days of Thunder parade video for this paint scheme reveal. You know what they say, raddin’ is racing 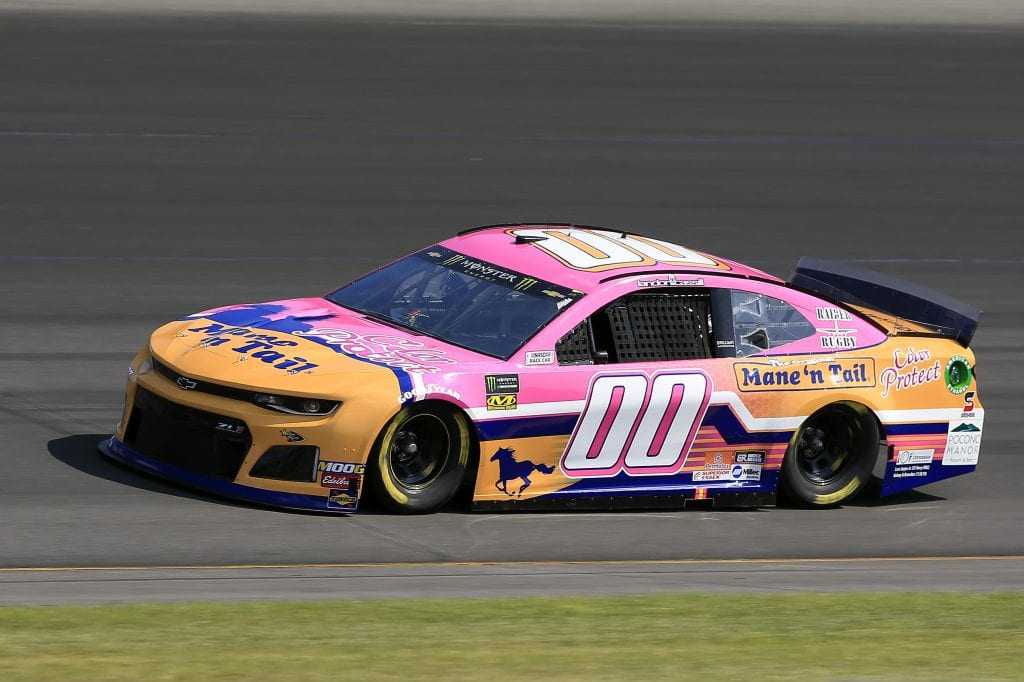 In the Gander RV 400 at Pocono Raceway, Landon Cassill looked like he had just drove a stock car back to the future from the 1975 music video set of the Glen Campbell hit single, Rhinestone Cowboy. If the retro western design wasn’t rad enough, the sponsor is a horse shampoo company. And everyone knowns, if you want to shine like the raddest male figure skater ever to grace the ice – Chazz Michael Micheals – Mane N Tail will make your hair shine like Orions Belt. 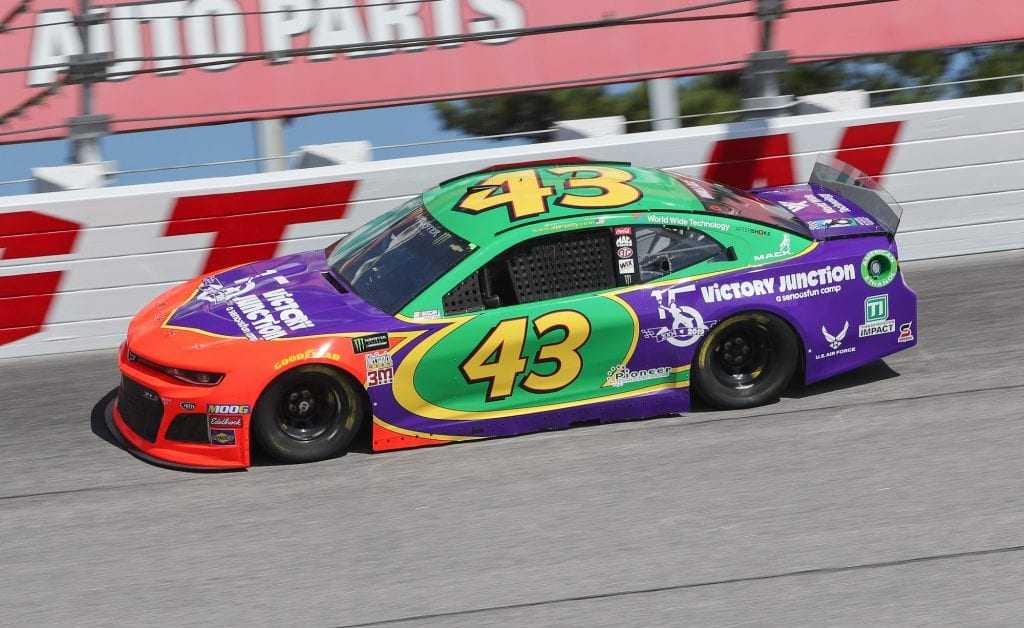 If you want to design something super rad, a basic formula to follow is taking something classic and adding a lot of bright colors to it. This year at Darlington, Bubba Wallace did just that in this Richard Petty throwback honoring the late Adam Petty. Swapping out the blues on the classic Petty 43 paint scheme with bright colors is rad but honoring your boss’s late grandson is the raddest. 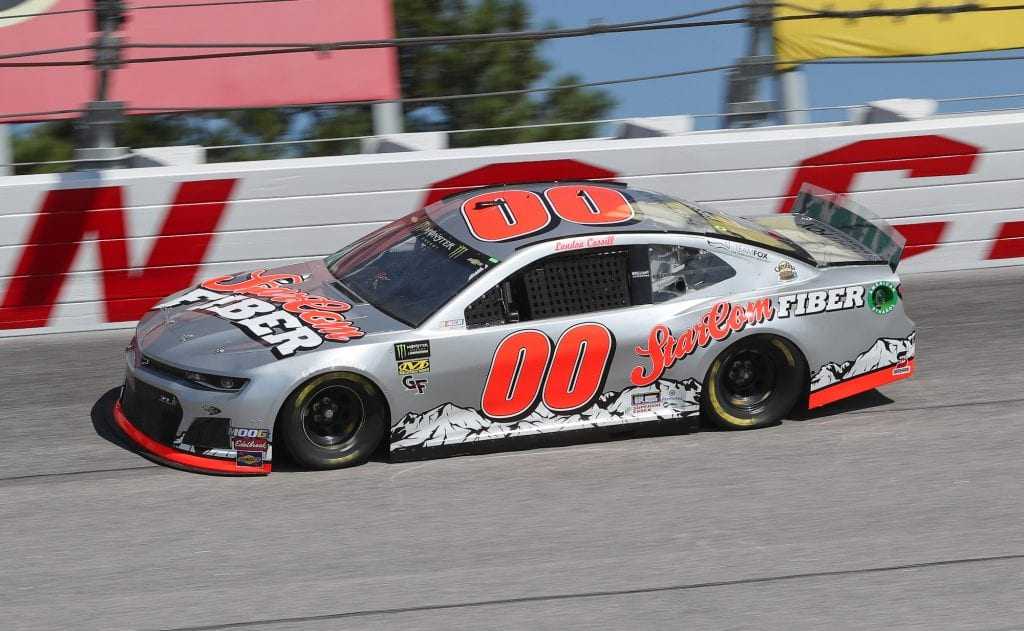 Coors Light is definitely one of the raddest beers on the market. Even if this car isn’t actually sponsored by Coors, Landon Cassill graced all of us at Darlington with an incredibly rad throwback paint scheme of Sterling Marlin’s Silver Bullet. Regardless of your opinion on Rocky Mountain nectar, this Silver Bullet reminds all NASCAR fans of a much radder time. 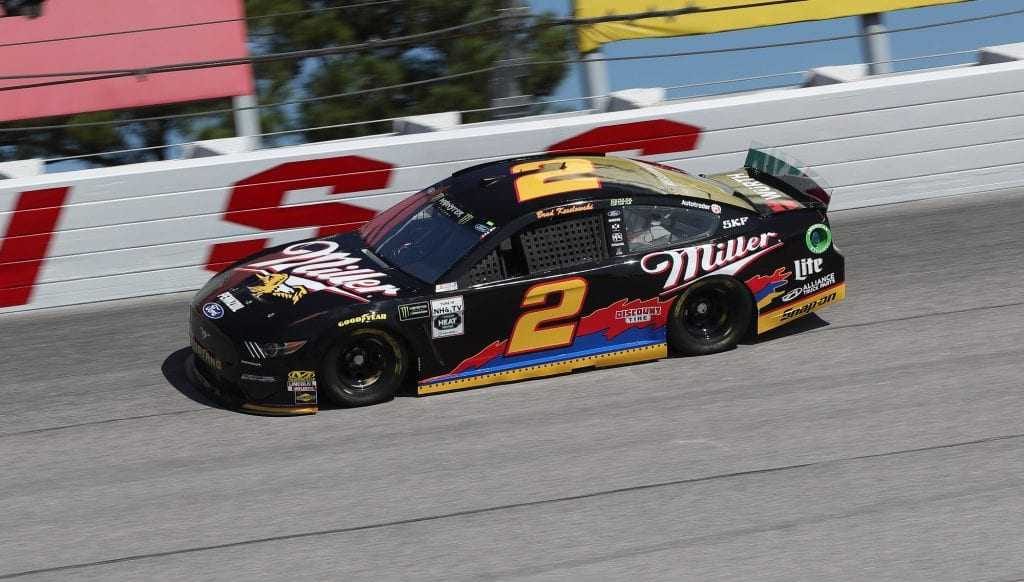 Sure, maybe it’s a little unfair to rank this paint scheme in 2019. The fact is however, this Miller Lite throwback that Keselowski drove in Darlington this year is easily one of the raddest paint schemes in NASCAR history. Like Austin Dillon, Keselowski’s had the pleasure of enjoying some great throwback scenes but I personally think this is the creme de la creme of Rusty Wallace. The fact that Penske has kept the same sponsor for the No. 2 all these years just makes the rad-o-meter go off the charts for this throwback paint scheme. 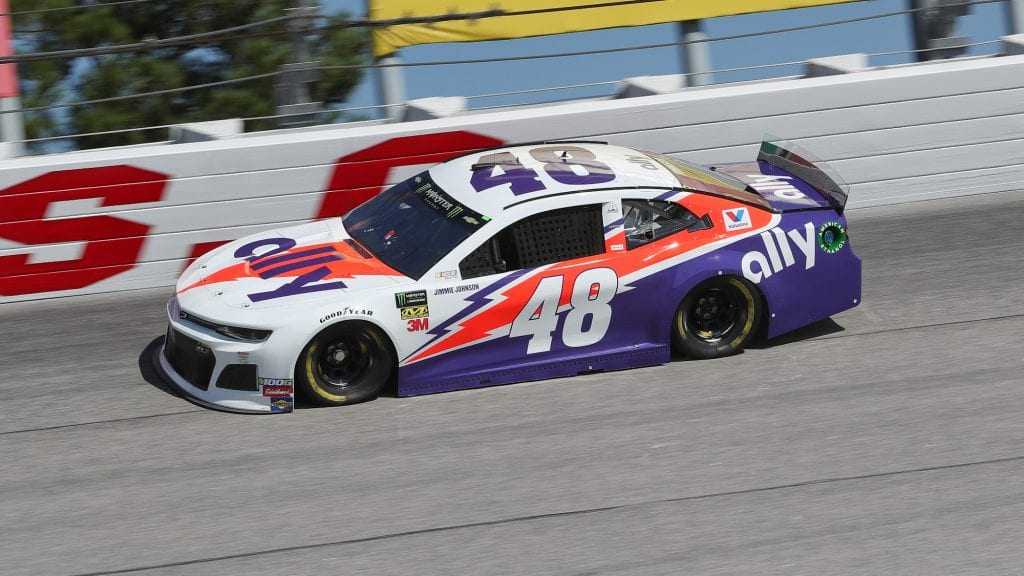 Orange and purple lightning bolts; at first glance this Jimmie Johnson car was essentially the model for rad paint schemes. What makes this car truly rad however isn’t just that Jimmie chose to throwback to himself for Darlington this year but that its a throwback to a 1990 Chevy Thunder Sportside that Johnson drove in the Baja Truck series. He literally named his Baja truck, Butch. This paint scheme is radical on wheels. 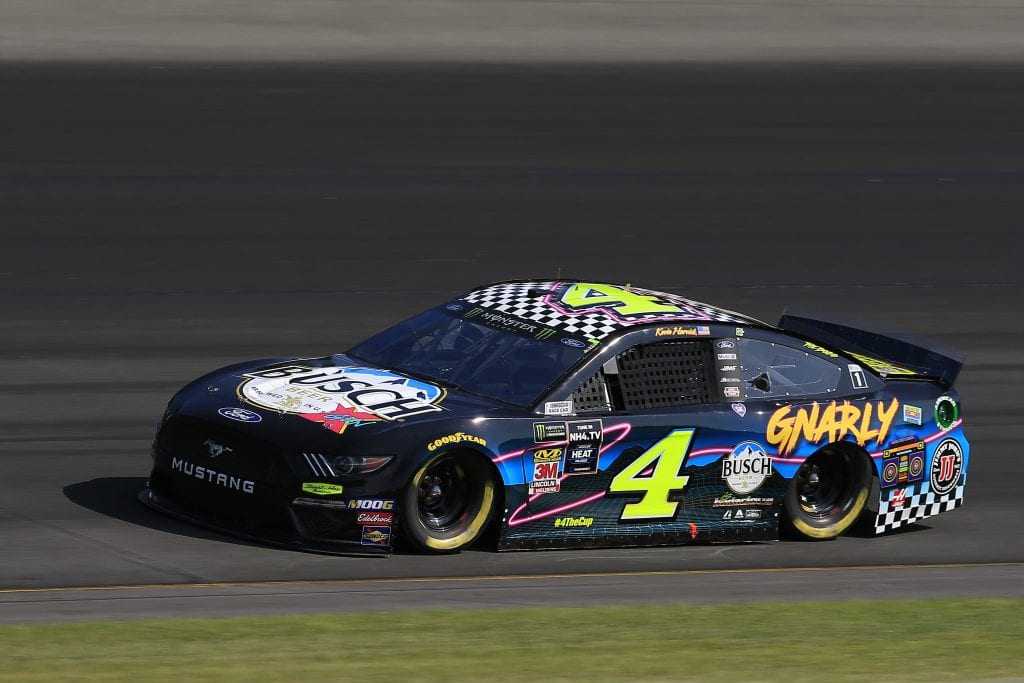 In all fairness, this list was never really a fair competition. This was just a skirmish of the underlings to see who could possibly come in second behind this radocalypse of a vehicle. But there’s nothing fair about being rad.

“I weep for the future.”
Take a chill pill. Gen X has got this.#4TheCup pic.twitter.com/IquHeb597N

This cluster of rad-cells was birthed as the response to a physical meme. Notorious for his hatred of all things younger than himself, Kevin Harvick agreed to cover his car in millennial nonsense (or at least whatever boomers think that might be) if he didn’t win the 2018 championship. Thankfully for every NASCAR fan, that didn’t happen and Harvick drove one of the ugliest/funniest cars of all time.

Of course, the joke couldn’t just end there however. At the Gander RV 400 in Pocono, Harvick drove the Gen X car. This paint scheme was essentially just created by googling the word “rad” to copy and past images on the car. I mean, the damn thing literally says radical on the back. There were plenty of other rad cars this year but the raddest NASCAR paint scheme was clearly a no brainer. 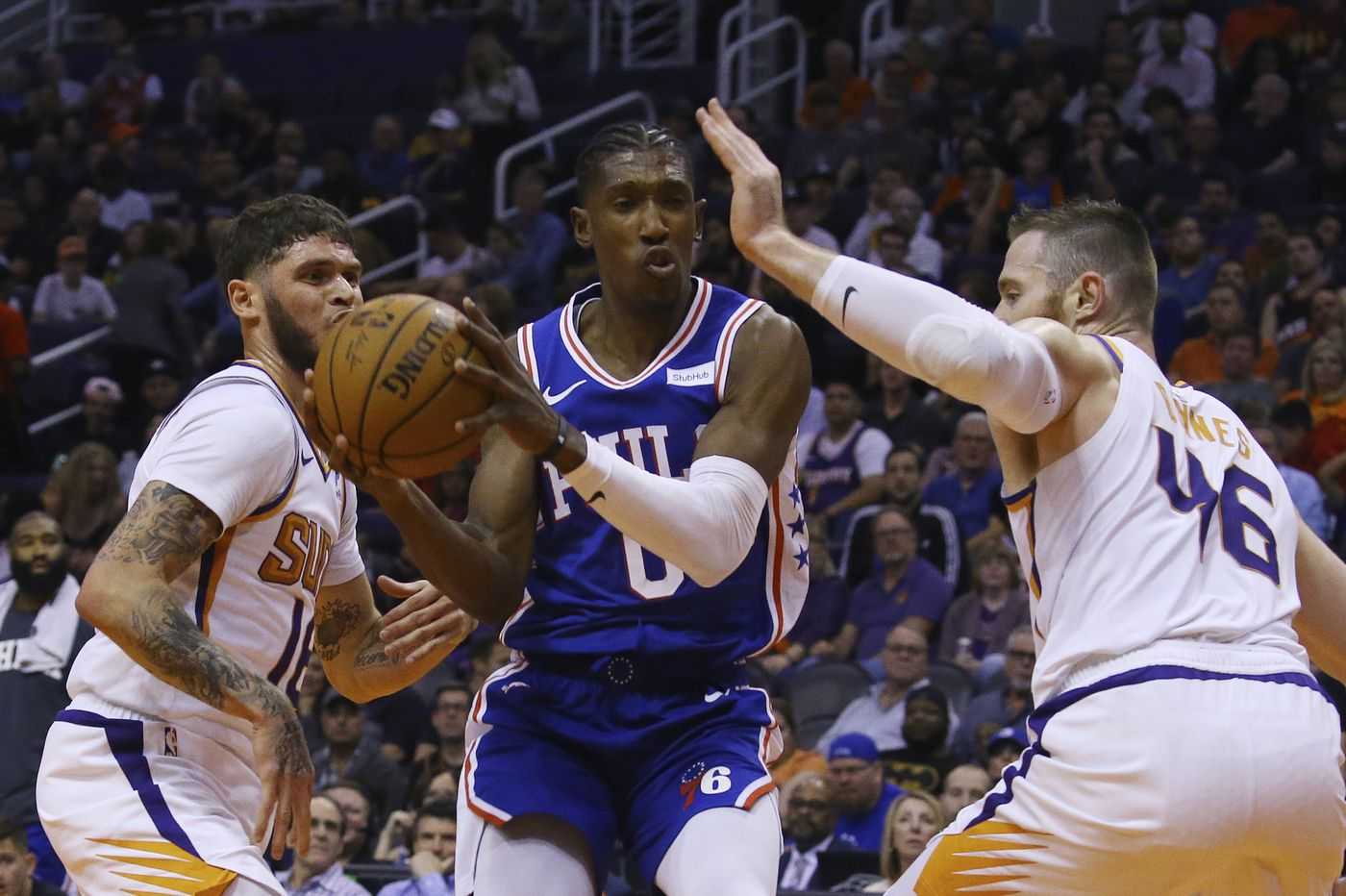 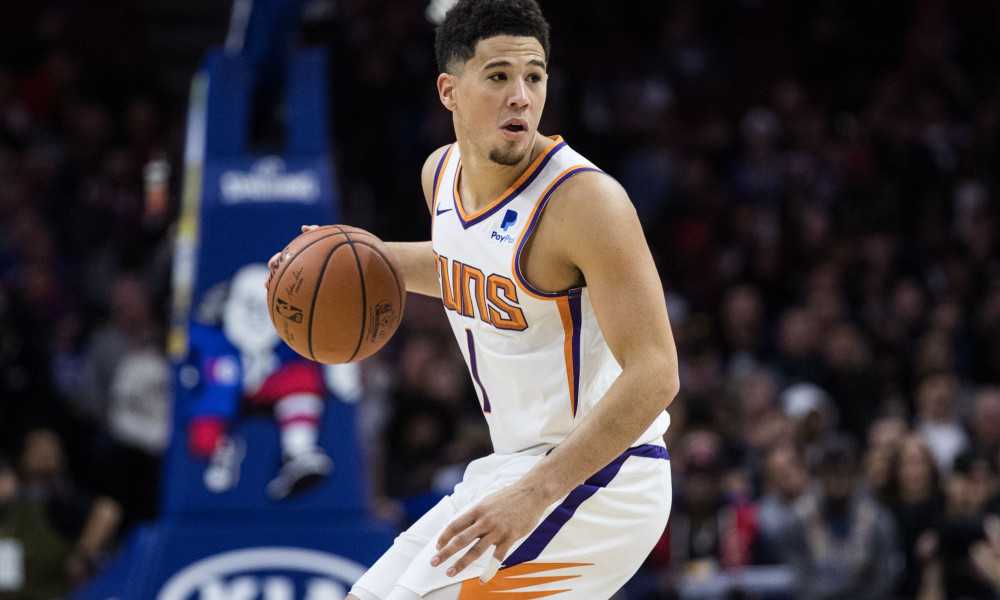 The Rise of the Phoenix Suns