So, there I was. It was Sunday night. I’d had a pretty lazy weekend trying to fight off the flu. The Pelicans/Warriors game is on in the background while I cruise #NBATwitter. Because let’s face it. I was really just killing time until the Lakers/Hawks game. My twitter timeline was aflutter with news that Jonas Valanciunas, C.J. Miles and Delon Wright will not be receiving championship rings from the Toronto Raptors.

So I thought to myself, ‘How do I feel about this information? DO I feel any kind of way about this information?” I mean, like most Raptors fans, I had wondered about the resolution of this particular question in the months since the Raptors secured their very first NBA Championship. It turns out, now that there is an answer, I’m surprised at what side of the debate I landed on.

They Shouldn’t Get Rings

My view is that JV, Miles, and Wright should not get championship rings from the Toronto Raptors which puts me in the minority. Well, according to this Twitter poll and the conversations I saw. And before you start with some crazy reasoning around the bias I must have to take this stance, just know that Jonas Valanciunas has been and still is my favourite NBA player.

Would it have been cool for the Raptors to give those guys rings? Sure it would have. There’s not really another answer to that question. But to say that the decision is “baffling”? That’s taking things a step too far for me.

Because They Started the Season with the Raptors?

Some of the logic I’m seeing for why they should get rings has obvious potential to get out of hand very quickly. Once some of these cans are open, where do you draw the line?

This one for instance:

So, every player who was ever traded from a team that went on to win a championship the same season should have championship rings? I was curious who some of the other names on this list could include so I did some checking. By the above logic, all of the following players should have rings. (I did not include players who were traded during the offseason)

You’re looking at some of those names and scratching your head trying to remember who they are, right? Good! That was my point.

It opens the door to ridiculosity to say that because a player was tradable in a year that the team they started the season with won a championship they deserve a championship ring. And sure, you can say that the number of minutes or games should be taken into consideration. But all that does is create convolution in a situation that really should be straight-forward.

The decision the Raptors have made is standard. There was only one instance of a player receiving a ring after being waived by a team that went on to win an NBA Championship that I could find. That player was Anderson Varejao. Varejao had a wildly unique set of circumstances. If you follow the link above, you can see the article that spells out just how unique his situation was.

Another example brought to my attention by a fellow hoops fan was Elgin Baylor. Baylor played 14 seasons for the Lakers between their homes in Minneapolis and Los Angeles and appeared in 8 NBA Finals where the Lakers never won. The year the Lakers finally did win, injuries forced Baylor to retire midseason.

The three former Raptors are in very different positions than were Varejao and Baylor. Both were the very ends of their careers. Both had missed championships by a hair. They didn’t have years left in their careers to actually contribute to their teams’ win by being on the floor. But Delon Wright with the Dallas Mavericks and C.J. Miles with the Houston Rockets are both currently on rosters with the potential to make an NBA Finals appearance this season. (Depending on who you ask.) And Jonas Valanciunas conceivably has many years left in his NBA career.

The misconception appears to be that because other professional sports teams award rings to players who were traded midseason, the assumption is that the NBA does so as well. Or perhaps that they should. I don’t personally have knowledge of other sports teams handing out rings to every person who was on the roster at any point in the season. But Twitter sports fans are sure that is the case. In the NBA, this has never been standard practice and the stories of Varejao and Baylor are the exceedingly rare exceptions and not the rule.

Now the Regular Season Matters So Much?

Secondly, can we as basketball fans please decide as a group that either the regular season matters a lot or it doesn’t matter very much. Collectively, we let our stance on this bounce around like Ross and Rachel’s relationship status.

The Raptors were a joke to much of the NBA’s fanbase because they couldn’t get it done in the playoffs. No one cared about the regular-season record. And a note to Raptors fans specifically. Come on, guys. We know we weren’t trying to hype up Toronto’s regular-season record all those years after we watched as LeBron James’ exposed us in the postseason. We had zero interest in propping up the regular season record then. That logic has to work both ways.

The fact that MLSE and the Raptors organization landed on the decision they did is because to them, this logic does work both ways. MLSE’s only goal in hiring Masai Ujiri was winning an NBA Championship. Not giving rings to players that the organization decided had to be moved in order to achieve that goal is 100 percent on brand when you remember that for the organization it was never about the regular season.

“But why, for the love of basketball, is this even a story?” Was my next question to myself. I can’t remember this kind of conversation ever happening in connection with players who were traded from other championship teams. I’m not saying it never happened, but I would bet that it’s never been this big of a deal.

I think there are two parts to the answer. Kyle Lowry asked Jonas Valanciunas for his ring size back in August. This made the Lithuanian center ‘hopeful’ that he would be getting a ring. Raptors fans wondered immediately whether the organization would acknowledge the contributions of JV, Wright, and Miles to the team’s first-ever championship. If the exchange between Valanciunas and Lowry had been kept private, I doubt that Raptors GM Bobby Webster would have been asked for a direct answer to this question.

I think the reason this decision by the Raptors is coming as such a surprise is a result of the Raptors’ special organizational culture. There are no egos to be found anywhere within the organization. Everything every person does is for the benefit of the team. This characteristic is the least appreciated aspect of the Raptors’ success.

If we were talking about the New York Knicks or the Los Angeles Lakers (The Knicks in an alternate universe, of course) we’d be saying…

No, I have to rephrase this.

We wouldn’t be having the conversation at all. I don’t think the question of if traded payers were going to get rings would have been asked in the first place. At the very least, there would have been no surprise or outrage directed at those organizations for a similar decision. But the reality is that the Raptors have adopted standard operating procedures created by the NBA Champions who came before them. If you’re outraged over this decision, it’s really only the tip of the iceberg. 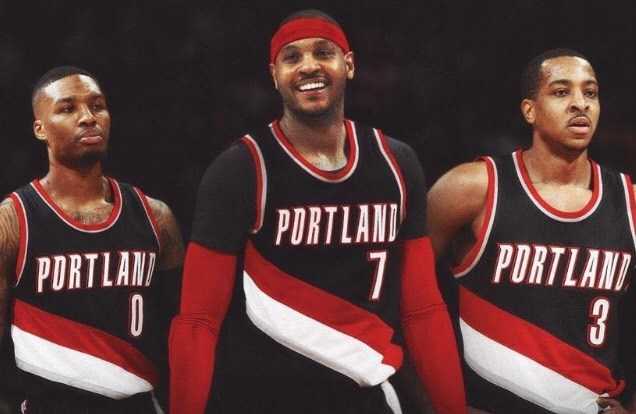 Gone but Not Gone