The best time of the year is almost at an end with the 2019 NFL season coming to a close. People might be relieved of the stressors that fantasy football tolls on the mind, while others are itching for more. The fantasy re-draft leaguers will have to wait until August-September to get their hands on their summer sleepers. Although, the fantasy football community involved in dynasty leagues do not have to wait as long. This article is specific towards the early 2020 Dynasty QB rankings and how well these QB’s fared in 2019.

Over the next few articles, we will break down positional rankings for those who are starting up a dynasty and will be drafting soon after the NFL draft. The goal of a dynasty team is to have young stars that will help you be successful for the next 5-10 years. Players like Tom Brady and Ben Roethlisberger don’t hold as much value as upcoming studs like Josh Allen and Kyler Murray. Here are our 2020 Dynasty QB Rankings:

The 2018 NFL MVP turns 25 in September. The Kansas City Chiefs are preparing to offer Mahomes a contract that would exceed over $40 million a year. Mahomes is surrounded by targets like Tyreek Hill who can stretch the field and is under contract till 2023. Mahomes also has 2019 All-Pro Tight End Travis Kelce under contract till 2022. Not many quarterbacks can throw for 4 passing TD in a quarter like he has done time after time. Mahomes can easily dominate the league for the next 10 years barring any injury.

Lamar Jackson? You mean the guy everyone thought should play wide receiver. Lamar Jackson took the league by storm in 2019. Jackson was a First-Team All-Pro Quarterback and is the favorite to win the 2019 NFL MVP award. He threw for 3,127 yards and league-leading 36 passing TDs. Better yet, he ran for 1,206 yards and added 7 TD on the ground. The only concern for him is the lack of the receiving core around him. Mark Andrews emerged as his top target last season. The Ravens will still need to target other pass catchers for Jackson this offseason. His style of play will make it hard for defenses to prepare for him in years to come.

Deshaun Watson is entering his 4th year as the starting QB for the Houston Texans. Besides for a non-contact injury he suffered his rookie year, there have been no doubts about the player he is. He has led the Texans to the playoffs in 2018 and 2019. In 2018 and 2019, he was selected to the Pro Bowl. Watson’s favorite target is All-Pro receiver, DeAndre Hopkins. Watson also has young talent in Will Fuller and Kenny Stills. Watson adds a rushing upside and had 7 rushing TD in 2019. He is a young star that could easily emerge as the top QB on this list.

Dakota Prescott is coming off his best season with the Cowboys statistically by throwing for 4902 yards, 30 TD, and 11 INT. These numbers crush his previous three years by averaging more than 1000 yards throwing and 8 more TD. The offensive explosion was due to their newly acquired OC Kellen Moore and many wonder how the hire of Mike McCarthy is going to bode with Dak. There should not be any panic as of yet, as long as Moore is still with the team, the combination of him and McCarthy will produce fantasy gold for the Dallas Cowboys in 2020.

We all watched Josh Allen start his playoff debut with the opening drive of a lifetime. The only thing he didn’t manage to do that drive was throw it. In fantasy, yards are yards and touchdowns are touchdowns however they may come.

The two strengths of Josh Allen are his legs and his arm which may be confused for a poor-mans Lamar Jackson. But, Josh Allen‘s weaknesses prohibit him from being one of the great QBs in this league. His accuracy is mediocre, which kills extended drives and fails to put points on the board. Another weakness of Josh Allen is composure. When the going gets tough, he and his fellow draft classmate start to see ghosts. However, Allen’s young age and physical attributes are still getting settled into the NFL, and I believe with more offensive weapons he can easily be a top 5 QB for years to come.

Wilson signed a 4-year extension with the Seahawks before the 2019 season. Wilson lost one of his favorite receivers in Doug Baldwin when he retired the last offseason. The team went out and brought in a physical specimen out of Ole Miss with D.K. Metcalf. Wilson is 31 and in the prime of his career. He has two great receivers in Tyler Lockett and Metcalf. He can also escape the pocket and added 342 yards on the ground in 2019. The only downside is that Pete Caroll loves to run the ball. The emergence of Chris Carson and Rashaad Penny has hurt Wilson’s fantasy stats as he doesn’t have to beat most teams with his arm. Wilson is still fantasy viable because of his true ability and the receivers around him.

The 1st overall pick in the 2019 NFL Draft had a solid rookie year. He started all 16 games for the Arizona Cardinals in 2019. A Heisman winner out of Oklahoma known for his ability to make plays with his legs as well as his arm. The Cardinals hired Kliff Kingsbury to be their head coach and it soon felt that Murray and Kingsbury would be a hit together. Murray was behind a poor offensive line in 2019 that gave up 48 sacks. Murray has Larry Fitzgerald returning for his 17th season and Christian Kirk as his top options in 2020. The Cardinals will need to look for more pass catchers to surround Murray within 2020. He is primed to take a big jump in Year 2 as we have seen with Patrick Mahomes and Lamar Jackson.

Matt Ryan has been a consistent QB in the league over the last 5 years. Ryan had his best year in 2016 when he was named the NFL MVP. He finished as the 11th fantasy QB in 2019. He also has been a consistent top 10 QB most of his career, however, he lost his slot receiver, Mohamed Sanu, who was traded in Week 8 to the New England Patriots. I feel this is the reason Ryan moved out of the top 10 in 2019.

Ryan still had his favorite receiver, Julio Jones, as he finished with 99 catches for 1,394 yards and 6 TD. Even at 34, his consistency makes him a great target in dynasty leagues. Not to mention a regular schedule of the Saints, Falcons, and Panthers twice a year which usually ends up as the highest scoring games on the week. Don’t be afraid to target Ryan in your drafts, you will be thankful for the return he has.

Coming off a Super Bowl appearance in 2018, Goff and the Rams seem primed for a great 2019 season. Goff underperformed in 2019 in most people’s eyes and I would agree. He threw 10 less TD and 4 more interceptions in 2019 than he did in 2018. They couldn’t seem to get the offense going in the right direction all season. Goff would have a solid outing just to see him disappoint the following week. Goff’s receiving core was banged up for most of 2019, however expecting a healthy Kupp, Cooks, Woods, and Higbee in 2020. Goff is only 25 and with the weapons around him, he could surely bounce back in 2020.

Jimmy G coming into the 2019 season recovering from an ACL tear seemed like he would have a sub-par year. He doesn’t dazzle defenses or fans with anything out-of-the-ordinary, but he managed to put together a rather impressive 2019 campaign. The 6th year quarterback finally played a full season and managed to throw for 3978/27/13. His stock will increase going into the 2020 season with a team that is red-hot and players that are buying into their role under Kyle Shanahan.

Jameis Winston may be the worst-best fantasy QB we have ever witnessed. In 2019, Winston threw for 5,109 yards and 33 TD. Yes, those stats sound great if you play in leagues that don’t penalize you for turnovers and sacks. Winston threw 30 interceptions and fumbled the ball 9 times in 2019. So how can he help your team? He has a two-headed monster receiving core in Mike Evans and Chris Godwin. They both were on a tear before becoming injured. Evans had 67-1157-8 and Godwin had 86-1333-9. Godwin finished as the WR2 and Evans as the WR8 on the year in standard leagues. If Winston can minimize the turnovers in 2020, we may be in store for a great season. 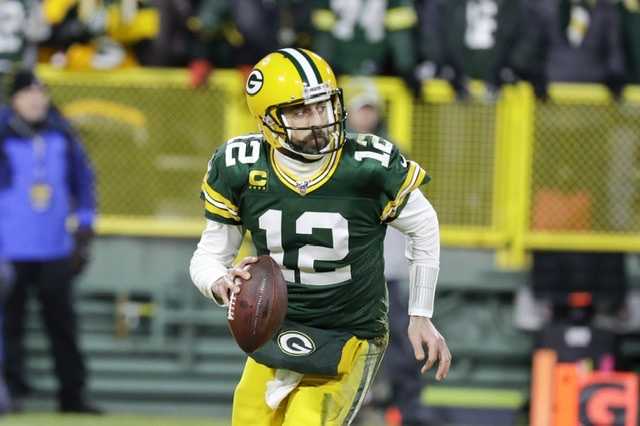 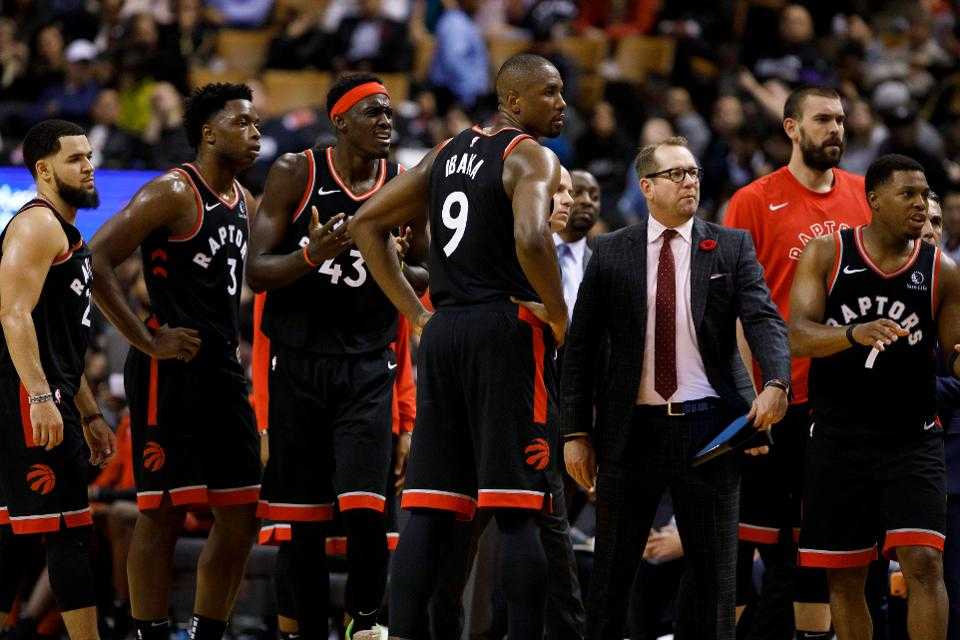 Can the Raptors Make a Second Seed Push?