In the last article, I listed the top options for the 2020 dynasty QB rankings in startup drafts. The QB’s in this list are young but still have much to prove on the gridiron. These players have shown bright spots in their game, but have also struggled at times. This list has older options like Drew Brees and when starting a dynasty team searching for youth is important. Brees has been a great fantasy QB his whole career; however, there are questions on how many more seasons he has left.

Targeting younger players that will produce fantasy gold for the next 5-10 years is key. QB’s will have longer careers than other position players so finding the next best QB is a difference-maker for winning. Players like Carson Wentz and Baker Mayfield have much to prove, but maybe worth the risk if they can take the next step. Here is my second set of 2020 Dynasty QB rankings 12-21:

Carson Wentz is the type of player for the Eagles that will ball out, but as soon as they need him the most, he ends up on the sideline. Weak offensive weapons have been the keynote for the Eagles since week one when DeSean Jackson was out for the year. Alshon Jeffery was in and out the whole season and Agholor was dropping crucial catches. I believe there is the Carson Wentz that was once the MVP front-runner before a late-season ACL tear that can return to that high-level of excellence. Including the 2020 draft and free agency, I would expect the Eagles to make personnel changes to help relieve pressure off of Carson.

Coming off a National Championship at LSU, Burrow is projected to be the first overall pick in the 2020 NFL Draft. Cincinnati would be foolish to not take the QB that just threw for 60 TD this season. Burrow will be welcomed by Tyler Boyd who has shown that he could make the transition much smoother for the Heisman winner. There still is question if A.J. Green will return to the team. Green has been riddled with injuries over the past 3 years but can produce fantasy points if healthy.

I would assume that Burrow won’t be the only offensive rookie to be drafted by the Bengals as they will try to bring in one of the stud wide receivers in this draft class. Will the Bengals be able to bring in Justin Jefferson, Burrow’s top receiver in college? Burrow could be one of the league’s brightest stars in the coming years. Geaux Bengals! At Burrow’s ADP, he has one the best value among the 2020 dynasty QB rankings.

Baker Mayfield was the 2018 Rookie of the Year. The Brown’s offseason addition of Odell Beckham Jr. made many fantasy players happy with what Mayfield could do for them in 2019. Mayfield was a disappointment in 2019. He threw for 22 TD in 2019, however also had 21 interceptions. The Browns just hired Viking’s offensive coordinator Kevin Stefanski to become their next head coach. Stefanski believes that “the sky’s the limit” for his new QB. If OBJ and Landry stay in Cleveland, Mayfield could have a good chance of turning his career around. Mayfield is only 24 years old and could provide high upside if you were to take a chance on him in your draft.

Brees failed to make it to the promised land once again in 2019. However, in 2019 Brees became the all-time leader in passing TD breaking Manning’s record of 539. Brees continues his strong case to be selected to the Hall of Fame with the help of the league’s best receiver, Micheal Thomas. Thomas was Brees’ go-to man which you have to be when you catch 149 balls in a season. It is not a question of what Brees can bring to your fantasy team, however, at age 41 there are much better options in a startup dynasty draft. Brees would be a solid pick in SuperFlex or 2QB leagues.

Ryan Tannehill surged into the starting lineup after the Titans decided to switch personnel because of the lackluster performance of Marcus Mariota. Tannehill threw for 22 TD and 6 interceptions in his 10 games which exceed many expectations of him during his Miami days. I believe the Titans have found their franchise quarterback for the next 5-7 years. Tannehill under coach Vrabel will serve fantasy production in 2020 and should be targeted as a low QB1 or high QB2.

There is no doubt that there is inconsistency in Darnold’s game. He finished as the 27th fantasy QB in 2019 behind guys like Mitchell Trubisky and Jacoby Brissett. His stats may be a little skewed due to missing some weeks early in the season due to being sick with mono. Darnold is only 22 years old and has shown at times that he can be a starting QB in this league. I feel that Adam Gase is holding him back tremendously. The Jets have many missing pieces on their offense. Their best offensive piece in Le’Veon Bell isn’t liked very much by Gase. Darnold’s age makes him an interesting option as a deeper option in a startup dynasty league.

After taking over for Jalen Hurts in the second half of the 2018 National Championship, many soon knew how great of a player he could be. Tua has had an unfortunate time with injuries the past 2 years, however, I don’t believe that it has hurt his draft stock. After undergoing hip surgery, Tua will be ready to throw for teams in April. I see Tua Tagovalioa being selected by the Miami Dolphins with the 5th overall pick in the 2020 Draft.

Tua will get most likely get some young talent alongside him with the Dolphins having 2 more selections in the 1st round. He will also be welcomed by DeVante Parker who was a fantasy stud that helped owners win fantasy championships in 2019. Not to mention young receivers in Preston Williams and Mike Gesicki. There are concerns if Tagovailoa can remain healthy, however, if he can, there is a good chance that he can be a star in this league. Taking Tua at the right spots in drafts could pay off those who believe in him.

Danny Dimes was a hot pickup off the waiver wire when he torched the Bucs defense for 336 yards and 2 touchdowns. After this hot start, he sizzled down and was a plug-and-play fantasy QB. For this upcoming year I would expect Daniel Jones to be fully ready to become the Giants starting QB for a handful of years. Jones eclipsed the 300-yard passing amount in 5 f his 13 games which is rather impressive for the talent level he had. The question mark that could possibly fold Danny is his fumbling problem. Jones fumbled the ball 18 times– which is the most of any player in the NFL. If Jones can minimize these rookie mistakes he could be a steal in dynasty drafts.

Despite what it seemed to be a down year for Rodgers, he still finished as the QB 10 in 2019. Rodgers was without his top target, Davante Adams, for four games after leaving with an ankle injury in week four against the Eagles. Just a few years ago, Rodgers was the first QB off draft boards in most leagues. Injuries and lack of the receiving core around him have made him fall later in drafts. Rodgers is 36 and I have a feeling that if the Packers bring in some pass catchers for him, we could see some top 5 seasons from him still. Rodgers is a good target for those who won’t want to spend up at QB early in dynasty drafts.

It seemed that Gruden had brought in a new fancy target for Carr to flourish with. There is too much to talk about with the off the field problems that Antonio Brown has. Nonetheless, Brown was out of Oakland not very long after. Carr is a huge question mark in terms of what he can be in this league. He has loved throwing to his TE as we saw one of Jared Cook’s best years in 2018 and 2019 we saw Darren Waller become a top-five fantasy TE. Carr is 28 years old and you have to believe he will continue to be Oakland’s starting QB next year. Gruden will continue to push to bring better pass catchers to the Raiders. Carr holds more value in a SuperFlex or 2 QB league. Carr as a late-round target may pay off if people are willing to take the risk. 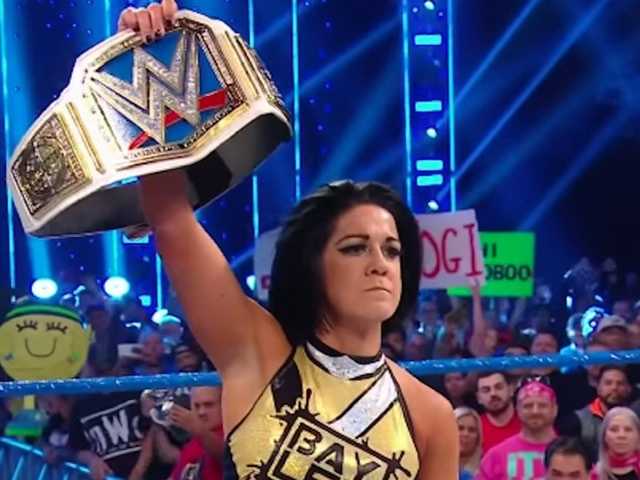 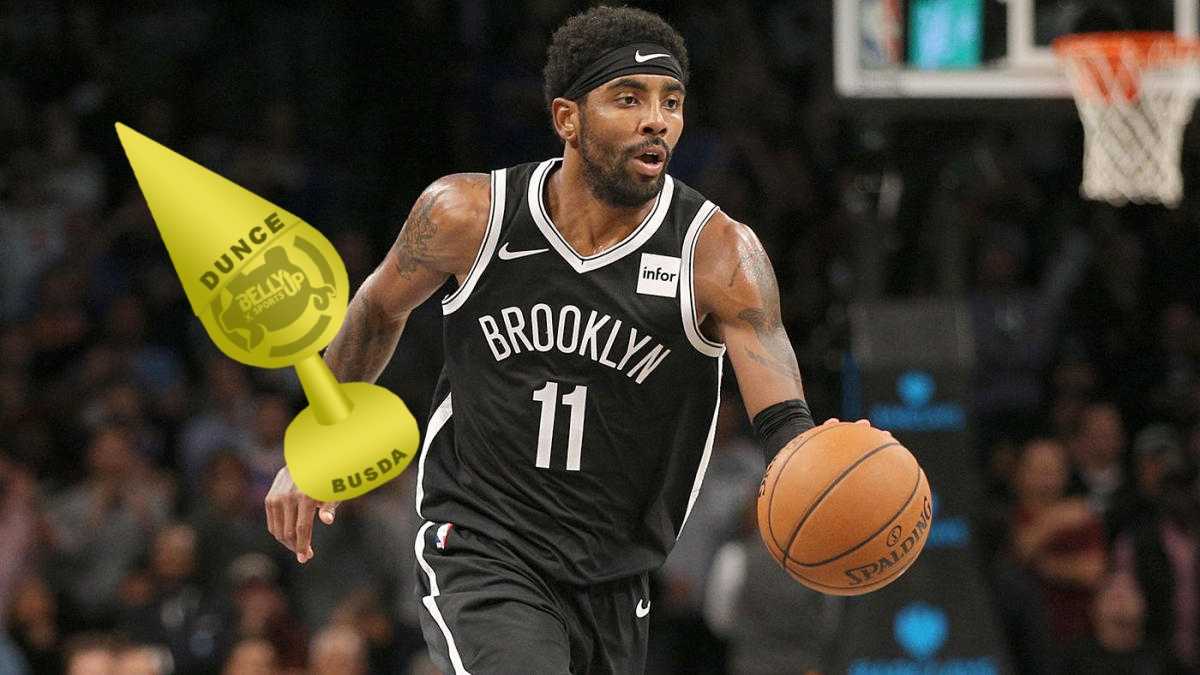