AFC or NFC – Which Conference Has an Upset Brewing?

I’m so proud of you all. Through the cheek-clenching, white-knuckled seat grabbing, and sometimes power napping (whenever the Eagles had the ball), we made it through Wild Card weekend. The likes of Tom Brady and Drew Brees couldn’t even do that, *Insert obligatory “golfing now” joke*. Look at us. Who would have thought?! Not me.

‘Twas actually a wild weekend. The pun was not intended there but I’m too lazy to remove it. Of the four wild card teams, three of them pulled off the upset. The Buffalo Bills were the only road team to fall short, and even they pushed their game to OT with the Texans. Maybe if they would have bought less folding tables and more drives ending in a TD (rather than a FG), we’d have a different story. But here we are. And this begs the questions, where is the next upset brewing? In the NFC or AFC?

Welcome in the Packers of Green Bay and the Niners of San Fran. They took the Wild Card week off as they awaited their opponents-to-be because, well, they earned it. Coming off their respective bye weeks, San Francisco will host Minnesota on Saturday afternoon, while Green Bay will host Seattle on Sunday evening. According to mytopsportsbooks.com both home teams are sizable favorites in the NFC’s Divisional round. The 49ers are laying a touchdown at home against the Vikings while the Packers are four-point favorites over the Seahawks in Green Bay. Road teams have not fared well in recent years in the Divisional round, especially Wild Card teams like Seattle and Minnesota. They are, after all, on the road for a second straight week against a top-two seed coming off a bye. No Wild Card team has even advanced to the Conference Championship Game since the 49ers in 2013-14.

With that being said, I could see both Wild Card teams threatening to cover. Now, I’m no gambling man, so take that for what it’s worth. Cousins will have to play as poised as ever. I don’t see the Niners being unprepared for Dalvin Cook and the run game. The Niners defense is straight ferocious and that could cause a problem for Mr. Kirk. On the flip side, Minnesota was the six seed. They knew all along if they were to beat the Saints, they would play the Niners, regardless of what else happened. One game at a time, as they say, but they were never worried about playing anyone but those two teams. Might be an advantage. You can never count Russell Wilson out, and with Beast Mode in the backfield again, Seattle/Green Bay is a straight toss up for me. The upset might be right here in the NFC.

A round of applause for the Ravens of Baltimore and the Chiefs of Kansas City (Missouri, I’m fairly certain). Coming off their respective byes, also well earned, the Ravens will host the Titans on Saturday night, whilst the Chiefs will be hosting the Texans to kick of postseason play on Sunday afternoon. Both these teams are favored by 9.5 points, and I’m not even sure that’s enough. Again, not a gambling man, but when you give Lamar Jackson and Pat Mahomes a week off to prepare against anyone, look out. Not to mention, both the Titans and Texans saw rather lackluster offenses in Wild Card weekend. If they are the least bit unprepared for an offensive onslaught, it could get ugly quick. Real ugly. Real quick.

The silver lining in these match-ups, though, deals with the offenses on the Wild Card teams. The Titans came out victorious over the Patriots, who, over the regular season, ranked first in yards allowed per game and first in points allowed per game. The Texans came out on top over the Bills, who, in the regular season, ranked third in yards allowed per game and second in points allowed per game. Essentially, they knocked off the two best defenses. Now that’s very bare bones, I get it. But I think you also get my point. It should only get easier for these offenses. The Ravens, yes, are right there as far as top 5 defense go, so I don’t like the Titans odds as much. But if Derrick Henry shows up to play and the passing game gets going, who knows! All in all, I’m saying no upset in the AFC.

Follow me (@bellyupzachmac), articles and podcast episodes coming your way rather often. Peace! 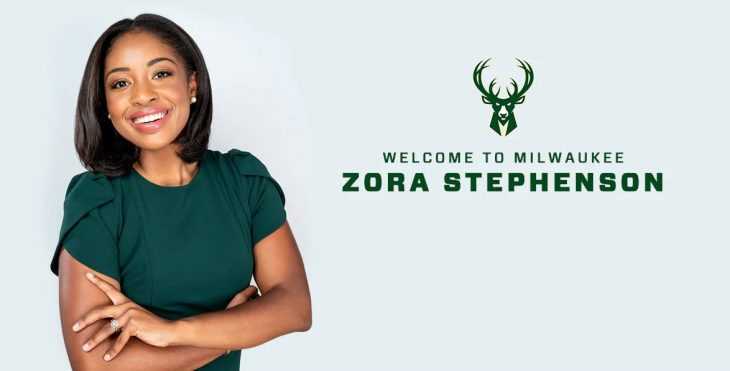 Milwaukee Bucks Sideline Reporter, Zora Stephenson on her Journey from being an Elon WBB Student-Athlete to the NBA

Tessa Blanchard Will Make History At Hard To Kill