One and done, the FBI, pay for play, scandals with strippers, scandals without strippers (I prefer those with) – all had lethal potential for college hoops, but yet it survived.

Even horrible luck couldn’t kill it. Right before last season’s huge Duke-UNC game, Jay Bilas announced, “This game never disappoints.” And 34 seconds later, once in a life time mega-star Zion Williamson, busted his knee and Nikes. I think there’s a word for that – disappointing.  But yet college hoops survived.

Then this season the #1 NBA prospect, James Wiseman opted to leave as the result of an issue concerning improper benefits. I did hear that wasn’t Wiseman.  (Then again, I could have actually heard, “that wasn’t wise, man.”) Regardless, college hoops survives.

For now. Coming soon is a whole new threat – the XFL.  Yup it’s college basketball versus XFL. Why would the rebirth of a league that has literally become a joke, possibly lead to the demise of college hoops? Well, below are my reasons and fears.

I love few things as much as college hoops. During college basketball season, my daughters are not allowed to hang their “art” on the fridge.  Why? Because I cover it with magnets depicting all 353 college teams. But that’s not all – I order every one of them according to their ranking. As for Selection Sunday, well that’s a bona fide holiday in my house. My kids say it’s second only to Xmas. They are wrong – it’s #1.

Yet I have to admit, I will almost definitely tune in to the XFL. And if I’m going to do so, that has to mean that many other college hoops crazies will too. As Americans with TVs we’re pretty much compelled to want to watch as much football as possible. I mean how else can you explain the country’s need to start prepping for the Draft in February? And to catch meaningless pre-season games in July? And to have a show called NFL Live air 35 times a day – all year long? Maybe we’ve been brainwashed by ESPN and the NFL Network – which I’m often convinced are the same thing. Regardless, most are wired to believe the more football, the better.

COLLEGE BASKETBALL VERSUS XFL : VINCE IS ON A MISSION

So you are thinking, “Hasn’t the entire alphabet been used up by the plethora of prior failed football leagues, including the XFL itself?” Well, that’s true. But this isn’t your father’s XFL. It’s going to be legit and stripper-less. (There may be evidence that I was a fan of the stripper-full version.)

More importantly, the fact that the prior XFL tanked provides even greater reason for college basketball to fear a plummet in its ratings. Vince McMahon has been lamenting the debacle of XFL 1.0 for about 20 years. It’s a humiliating stain on his otherwise success-filled resume. And he knows that to prevail this time he needs to grab a huge chunk of viewers away from March Madness. You have to bet the WWE tycoon is going to do everything possible to pile drive into submission anything in his way – including college hoops. If the NCAA had any brains, they’d immediately start selling jerseys that say “He Hate Me.”

When the XFL announced its comeback it looked likely that its games would be shown via some pay-perview online option. Boy has that changed. First, they landed the FOX networks. Remember that FOX is the home of the Big East? Even if you do, there’s a decent chance that once the XFL kicks off, you will forget.

Big deal you say? You could be right. XFL has, however, wooed an animal a bit more important than the fox. That, of course, is the mouse.

The XFL’s deal with Disney comes not only with games on ABC, but also with the continually growing array of ESPN channels. Odds are that ESPN execs are currently trying to justify showing “XFL Live” on its fledgling ACC Network. And if they do, we will watch because we do what ESPN tells us to.

I mean, I’m not a soccer fan, but maybe I actually am a soccer fan – because ESPN tells me I should be. Just a few years ago, ESPN rarely, if ever, even showed a soccer highlight. Things amazingly changed once ESPN signed deals with the Premier League and UEFA. Now 5 out of the top 10 SportsCenter plays everyday are of folks kicking a ball in Europe. And next thing I know I’m rooting for teams in something called the Bundesliga. Although I must admit it is fun to say Bundesliga. (Almost as fun to say as Francisco – someone should tell Will Ferrell.)

And what do you think ESPN is going to tell us to do all winter? Watch the XFL, or watch the NCAA Tournament which airs on 4 of the few channels ESPN doesn’t own? And getting us to choose the XFL might not be that hard. You can probably rattle off your channel numbers for ABC, ESPN, ESPN2, and FOX in about 3 seconds. But come March the #1 question on the minds of college hoops fans isn’t whether the 15 seed can beat a the 2 seed. It’s “Where the hell is Tru TV?”

To be clear, I’m not saying the colleges will cease to have basketball teams. Nor do I think the NCAA Tournament will vanish anytime soon. But college hoops is at one of its weakest and most vulnerable states ever. And big Vince knows it. He’s sure that people are ready to care more about the XFL which, by the way, stands for nothing, than the NCAA which, by the way, stands for hypocrisy and exploitation.

So what can be done? Well, you know the NCAA’s incredible $19.6 billion deal with CBS (and 3 others) for the Tournament. The NCAA should go find it and do their very best to tear it up. What?!

They should somehow find a way for ESPN to buy that out and take over. Though I often take shots at ESPN, anyone who remembers when that channel had the first two rounds of the tournament will tell you nobody has done it better. They produced absolutely stellar coverage. And while Charles Barkley and Kenny Smith are entertaining, CBS doesn’t offer much else. In fact, one of the nicest things my wife ever said to me was, “You are actually not as useless as Greg Gumbel.” So like them or not, there is no denying the ESPN is the king of sports broadcasting. Please NCAA, make it happen. Either that or get some strippers.

If by chance you enjoyed College Basketball Versus XFL and you’d like to read more of Dave Barend’s spew check out his website www.collegehoopshumor.com or Belly Up Sports’ college basketball page. 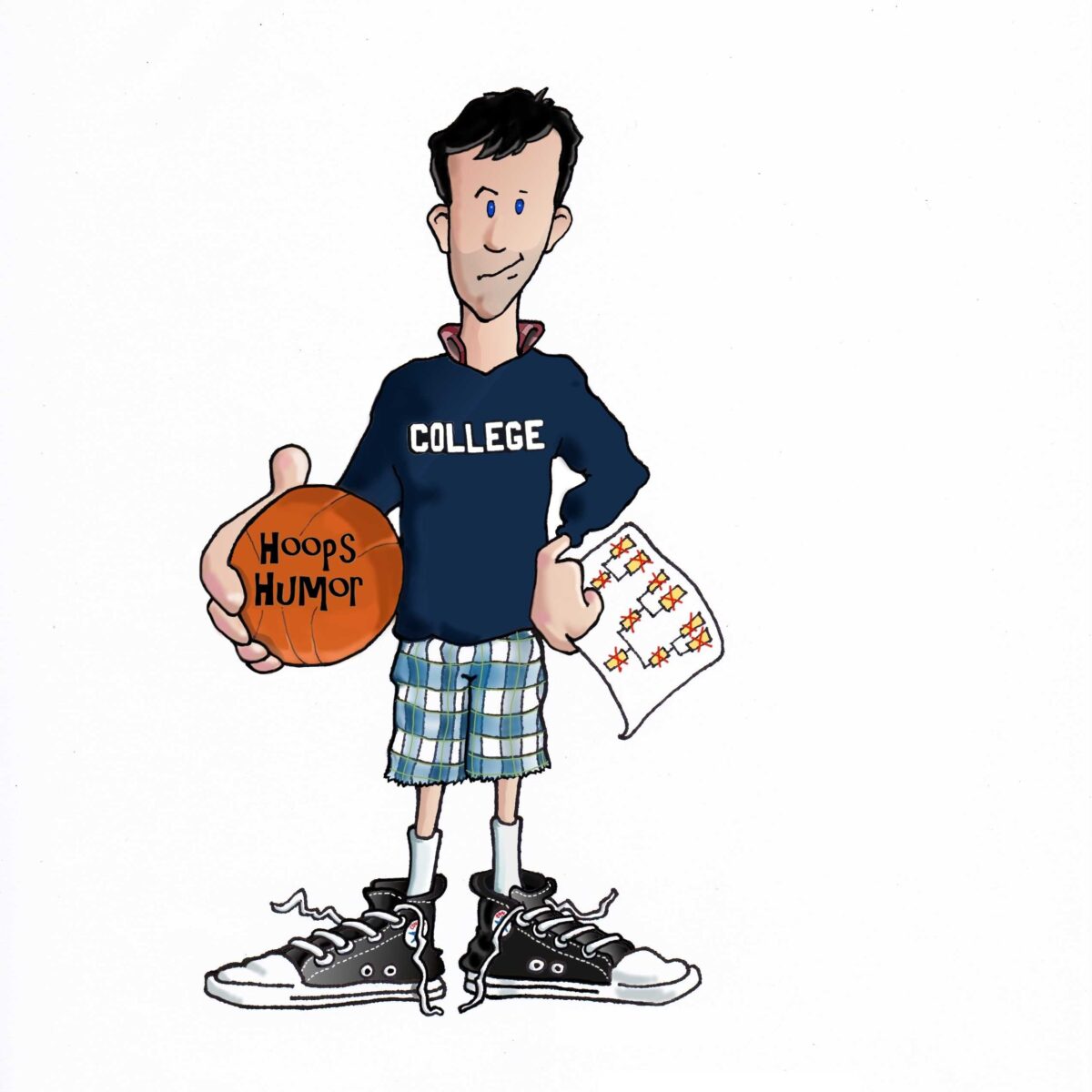 I'm the head comedy writer for Belly Up Sports as well as the owner of collegehoopshumor.com. You can also find my jokes on Twitter @collhoopshumor - though if you go there and don't find jokes, well, that's a bummer. I also co-wrote the "Things That Might Annoy . . ." joke book series with comedian Paul Nardizzi. 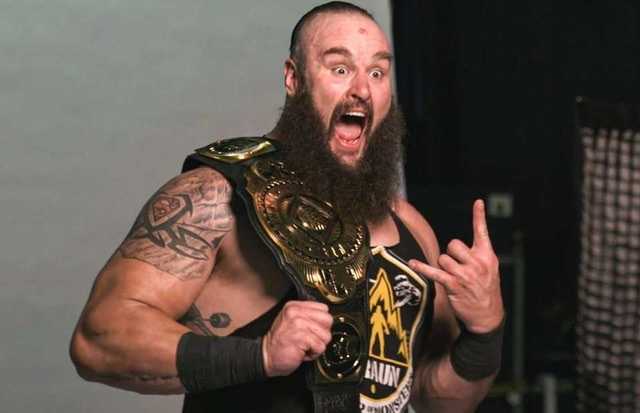 GET THESE HANDS!!! Braun Strowman Wins the Intercontinental title. 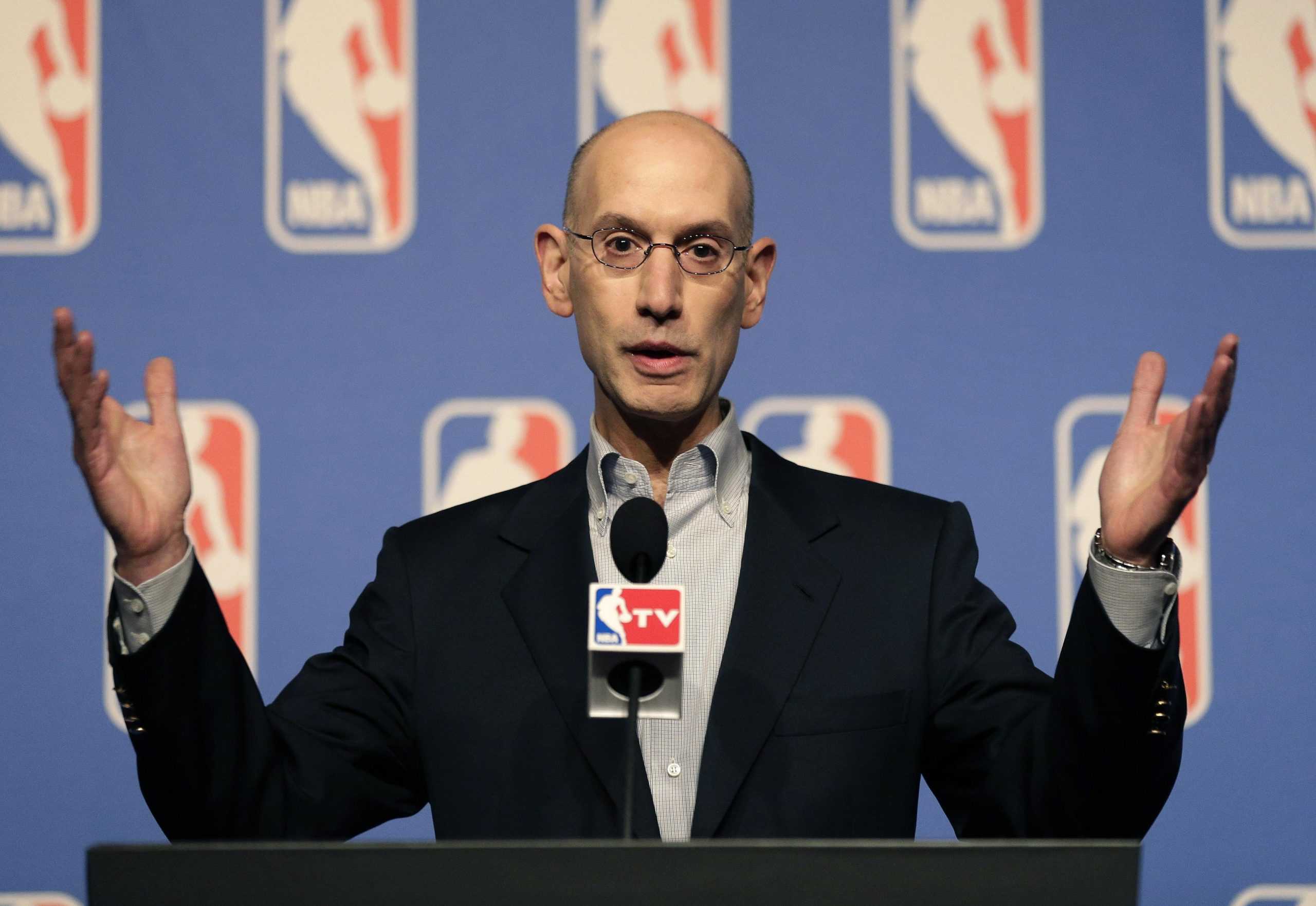 Has Adam Silver lost his Mind?