The ERSCA season finally got kicked off last night after being put off for a week after the Ryan Newman incident last Monday. The action started with the drop of the green flag and continued caution-free for the next 75 laps. This despite the fact that cars were loose and erratic the whole way, but every driver saved their ride and we even saw green flag pit stops with no issues. Except Christian Eckes being slammed into entering pit road. The final 25 laps were far more hectic. Including two large crashes that reshaped the finish. Let’s take a closer look at how Josh Adams made it into victory lane.

I hate to give Rattlesnake any more of an ego boost than he needs, but his car was the talk of the first half of the race. The real star power of that team, driver Christian Eckes, was able to lead a large chunk of laps with drafting help from Sheen in the #5 after starting near the rear. Then pit road happened. Eckes and company entered pit road in a cluster and the leader was on the receiving end of a blow to the back bumper as he tried to make his stall. ” I got into pit road really well, but screwed myself and couldn’t get to my box” Eckes commented. “I had to make an aggressive move down to the box in front of cars and it was too hectic”. There still was some hope for the 69…nice car until Eckes and others were collected in a big wreck on the front stretch.

Daytona reared its ugly head the last quarter of the race. The first “Big One” was typical. Similar to cars on an ice rink. However, that changed as Nick Masse was up front and was hooked before barrelling down the front stretch. Unlike the green flag stretch, the field was bunched up for the last portion of the race. Familiar names that were up front all day, Adams, Lightle, and Key, were also up front for overtime. Ultimately, the race ended under caution crushing Lightle’s hope of a win. If you were under a rock last night, you can watch the race replay on SYM TV here. Also, check out Puck Puck Pass host KJ’s piece on ERSCA and iRacing. ERCSA will continue next week our first bit of short track action at Richmond!

Since ERSCA doesn’t have a real physical victory lane, I am dedicating the last part of my post race articles to the winner. A spot for shameless plugs, thank yous, and whatever else our drivers want to let the fans know. Below is what Josh had to say about winning the first race of the season.

“Honestly, I went in expecting a crash-em up type race and was pleasantly surprised by how long we were able to go green. I want to thank all the league partners at Belly Up, Pristine Auction, and ProtechApp. All my teammates at Rubbins Racin Motorsports that ran a flawless race with the green flag stops and maneuvering to the front before the wreck happened. I’m happy to win because I think we really have something good coming with ERSCA and I’m glad to be the first race winner.” 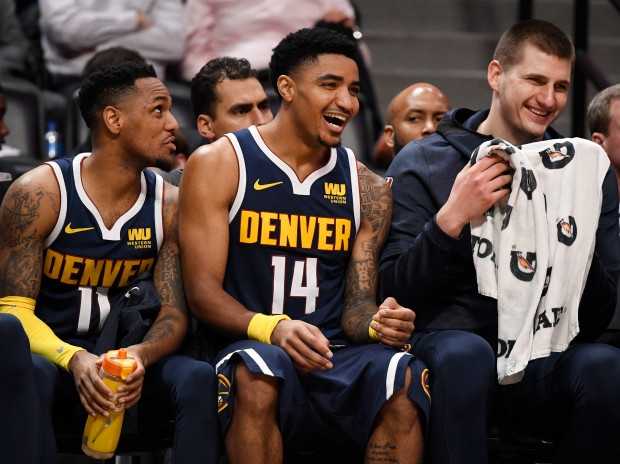 Are the Denver Nuggets Ready for Title Run?