Joe Burrow. Many of you that watched his senior season at LSU know how laser-precise his passing is. His leadership and intangibles are some of the most polished I’ve seen from a rookie. Great frame for a pro QB, mobile in and out of the pocket, and great at identifying defenses. This young gunner may have big things in store for the league. But how did we get here? From Joe Burrow, longtime backup QB at Ohio State. To Joe Burrow. National champion, Heisman winner, multiple NCAA passing records, and likely number one overall pick in the 2020 NFL draft. How did we get here you ask? Hard work, hard work, and elite confidence in himself.

Joe Burrow: How Did We Get Here?

Athens, Ohio. Home of annual top party college Ohio University, and Mr. Joe Burrow. Just a few short years ago Burrow was a four-star dual-threat quarterback prospect. Ranked the number seven Dual-threat QB nationally, and number 10 overall in the great state of Ohio. One would think that coaches would show interest in the young gunslinger. (Follow this link for a look at Burrow’s highschool scouting report.) Somehow, the big-time offers Joe desired were scarce.

He received 17 scholarship offers total, mostly from mid-tier programs. Cincinnati, Kentucky, West Virginia, Virginia Tech, and Minnesota to name a few. That elite level confidence, and willingness to work and learn led him to choose THE Ohio State. With the depth chart well stocked, it was a risky gamble. In the world of sports, more often than not, hard work will pay off.

In the seasons of 2016 and 2017 Joe Burrow held steady as the backup QB. J.T. Barrett held that starting spot for most of his career as a buckeye. Barrett showed no signs of slipping up for Joe to take any meaningful snaps from him when healthy. Things were looking to change in 2018 with Barrett graduating. Throughout spring and summer workouts head coach Urban Meyer kept the name of his week one starting QB out of the media. Burrow found himself competing with another young bull, redshirt sophomore Dwayne Haskins.

Approaching the first game of the season, college football fans seemed split on their prediction as to who would lead the scarlet and grey. Many were delighted to see the fresh face of Dwayne Haskins run on to the field to break the huddle. Others were left wondering what the long-term backup had done wrong.

Similar to the last couple years of backup duty, Burrow found himself again in the shadow of a Big Ten record-setting signal-caller at Ohio State. With Haskins declaring for the draft after his lone season as a starter at Ohio State and Joe Burrow with one year of football left, it was now or never. In early 2019 news broke that redshirt freshman, and 2018 number one overall recruit, Justin Fields, was on his way to Columbus. It didn’t take long for the hype to follow. Burrow then made his decision in March to transfer south to LSU, and test his might against the SEC.

With this past college football season still fresh in our memories let’s just review what he did once he earned his shot.

Well here we are. The year is 2020 and Joe Burrow may be the hottest prospect in this year’s draft. The team most likely to select him? His hometown Cincinnati Bengals. Oh, the beloved Bengals in southern Ohio. 2-14 last season, aging stars, small market, poor ownership, with holes throughout the roster.

But let’s talk about the positive side instead. Joe Mixon is a great runner/receiver that could help the new QB adjust to life under the brightest lights in football. Tyler Boyd has shown flashes of great play as a pro. A.J. Green should be back next season hoping to bounce back after missing 2019-20 with a nagging lower leg injury. 2019 first-round draft pick, offensive lineman Jonah Williams is in a similar boat after missing all of last year after shoulder surgery. There is a lot of optimism that the olé’ Alabama lineman can bring some solidity to the front lines of Cincy

Let’s not forget about longtime starter Andy Dalton. The Red Rocket. A career full up ups and downs have led a lot of people to believe Dalton is on his way out of southern Ohio. Is history repeating itself? Call me crazy but I feel like we’ve seen this before. Flashback to 2003, the first overall pick of the NFL draft belonged to the Bengals. With that pick, they chose USC QB Carson Palmer, also an NCAA champ and a Heisman winner.

Myself growing up an hour from Cincinnati I’m constantly outnumbered by local Bengal fans. There is the belief that if Palmer didn’t go down during the 2005 playoffs the Bengals were almost shoo-ins to win the Super Bowl. Maybe its fueled by the fact the hated Steelers delivered the low blow. But hey, we’re never gonna know. Are the stars starting to line up for one of the more unfortunate franchises? Could Joe Burrow be the savior of southern Ohio? I for sure am a total supporter. The Bengals may be just a couple of key players away.

LeBron brought a title home to Cleveland. Former UFC champions Stipe Miocic and Cody “No Love” Garbrandt, both from northern Ohio, brought the belts home to the buckeye state. Ohio State won the natty in 2014 while stomping out the Crimson Tide in the process. Therefore, I feel It’s time to bring some gold to the southern part of the state. Hopefully, Joe can bring life back to Cincinnati and restore the one last roaring question, “WHO DEY??”

Follow me on Twitter @RandyPerry25 and check out other NFL articles by the Belly Up Sports team. 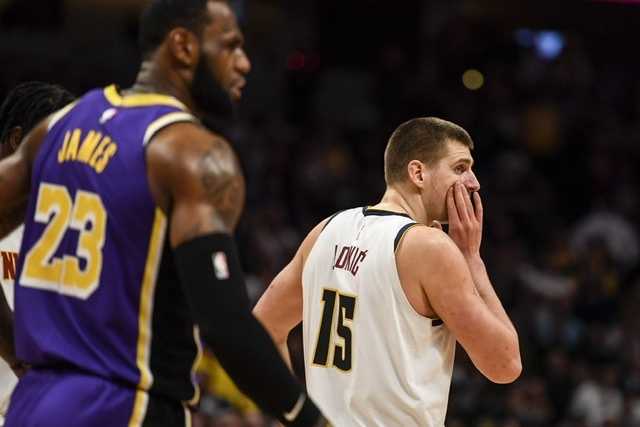 Seventh and Eighth Seeds in the NBA Playoffs: Is it Worth the Effort?