What If…The Monstars Defeated Michael Jordan And The Tune Squad?

Would Michael Jordan Return To The Bulls? Would Bugs Bunny Ever Recover?

Welcome to the What If… series. In this column, we will discuss hypothetical situations from all avenues of sports and entertainment. We will examine what would have happened to the major players involved. On this trip down the hypothetical highway, we pretend Space Jam was a real-life event and ponder what if the Monstars prevailed over Michael Jordan.

Before we get head on over to our What If… imagination land, allow me the dubious distinction of setting up a good ole-fashioned dose of– How tf did we get here?

Please pause while I put on my serious journalist hat.

On October, 6th 1993, Michael Jordan retired from the NBA to play baseball with the Double-A Birmingham Barons. Jordan credited his father’s death three months earlier and his lack of desire to play basketball as the reason behind his decision. He would later rejoin the Chicago Bulls in March of 1995 and win 3 more NBA championships. Before I continue let’s just go ahead and wipe those out of the history books.

Space Jam was released on November 15th, 1996 becoming the number one movie in North America. It was presented as a fictionalized account of what happened between Jordan’s retirement and his return to the Bulls. In the film, His Airness teamed up with the likes of Bugs Bunny, Daffy Duck, Bill Murray, and Shawn Bradley (more on this later), to help the Tune Squad defeat the bastardly…ahem, dastardly Mr. Swackhammer and the Monstars.

Author’s Note – After watching the film for the first time in 10 years, Swackhammer really was a bastard.

Are we caught up now?

Great. Now I’m taking the serious hat off so let’s get to it.

Oh, wait I forgot one thing.

Do me a favor, please. I need you to imagine that Looney Tunes are real. In this timeline, the game between the Tune Squad and the Monstars actually happened. Space Jam became an epic event that is still talked about to this day.

Thank you. Here we go.

Really quick and totally unrelated, but the next episode of Monster Jam airs this Saturday at 11:30 PM Eastern on NBCSN. Set your DVR’s. 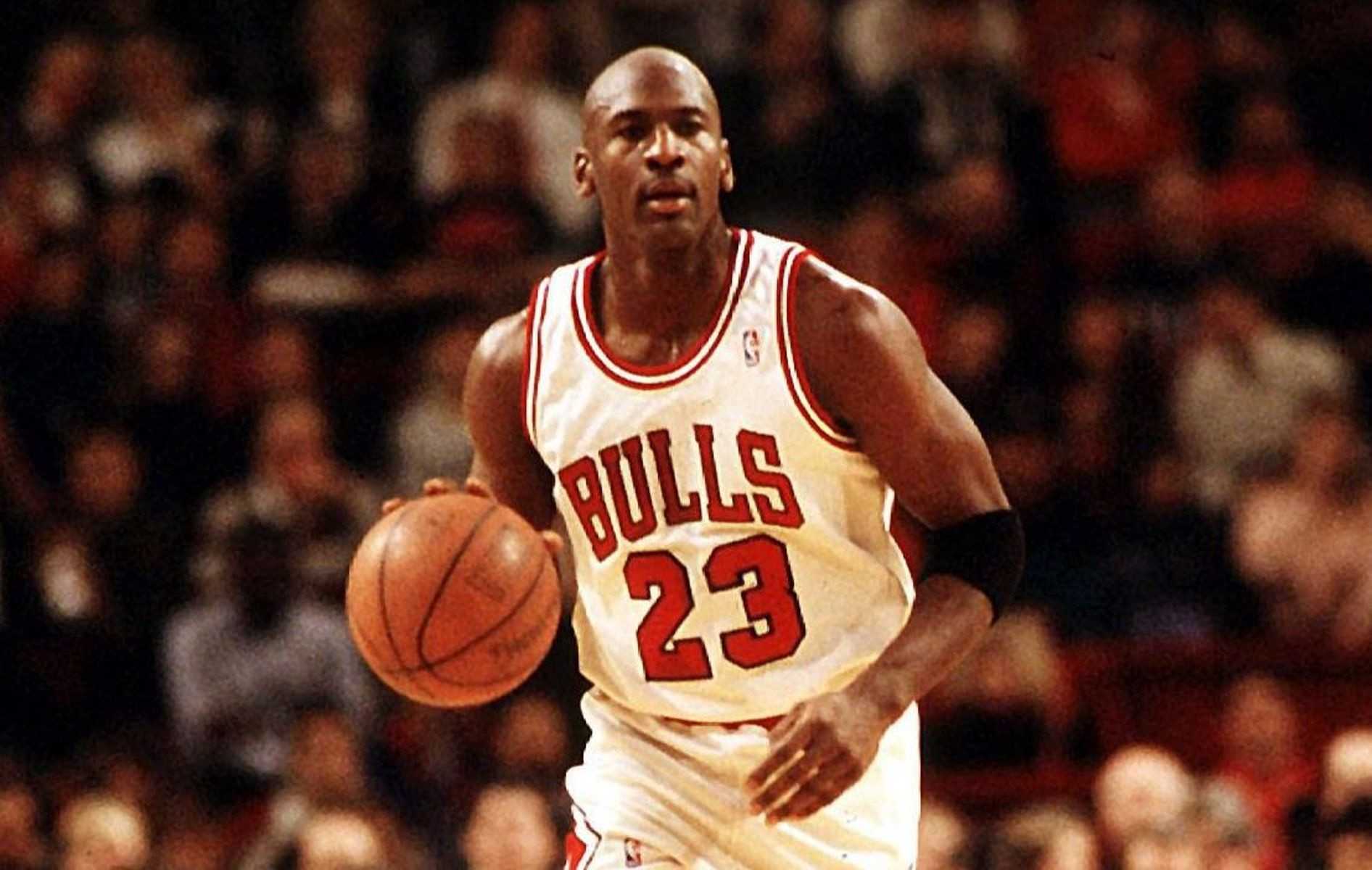 Embarrassed by the defeat to the Monstars, Micheal Jordan immediately goes on a profanity-laced tirade throwing blame at his teammates, specifically one Bugs Bunny, even being quoted as calling him a “Thuffering Thucking A**hole.” Can’t make this up. Okay I know I did but clearly cartoon physics had yet to leave his system. This would ruin the friendship between the two superstars.

As promised MJ, would go on to be the main attraction at Moron Mountain for the next 10 years, therefore denying the Bulls that second three-peat. So who gets the titles? The Orlando Magic would grab the first, led by Shaq and Penny and The Mailman would lead the Utah Jazz to two straight, but let’s get back to Mr. Jordan.

His shoe empire would suffer slightly but not enough to make any type of dent as he would return home to a total worth of over $1 billion thanks to the Moron Mountain High III’s!. Which means yes to the Charlotte Bobcats. And hell yes to Adam Morrison and the porn-stache.

What do we miss out on?

Michael Jordan would still end up in the Hall of Fame with his jersey retired and a statue outside of the United Center making money hand over fist on the daily. Not bad for ten years as a moron. 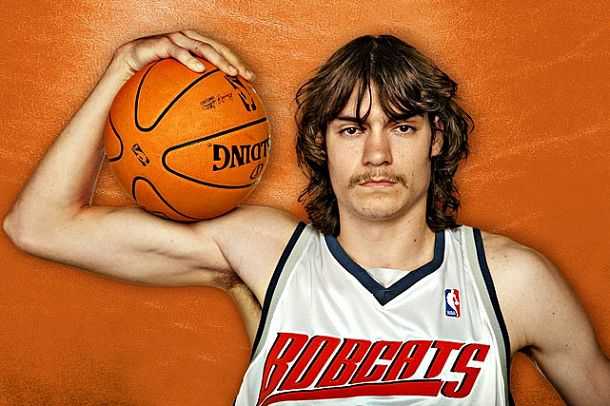 Author’s Note – You are so thucking welcome for this picture.

Now, what about his co-star?

What’s A Fall From Grace, Doc? 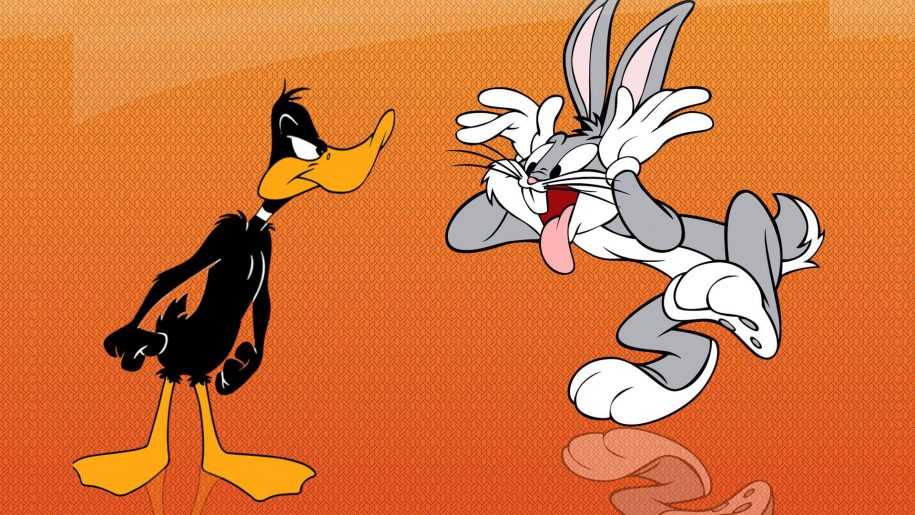 No one suffers more from the fallout of Space Jam than Bugs Bunny. Due to some underhanded tactics from Daffy Duck the blame for the loss falls squarely on the shoulders of the artist formerly known as Hare Jordan. Fired immediately by Warner Bros., Bugs would begin binging on alcohol and women. He would go on to star in a short-lived reality series with Charlie Sheen and Corey Feldman called, Hollywood Parties: Bugs and Drugs.

After cleaning up his act, the famous rabbit would be offered a job at Disney where he would be cast alongside Mickey Mouse in Fantasia 2. An on-set altercation in which Bugs Bunny allegedly made a comment about Minnie Mouse caused his immediate dismissal from The House of Mouse. Lately Bugs Bunny has enjoyed a career resurgence as the winner of The Masked Singer.

Daffy Duck would go on to finally become the star of Looney Tunes before a mistake while filming Duck Season with Elmer Fudd caused him irreparable harm and forced him into retirement. They never could get that beak turned back around. 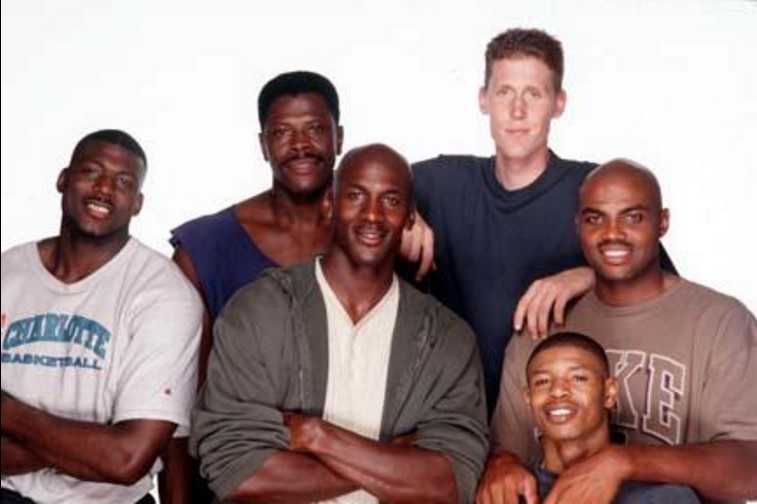 Would The NBA Ever Be The Same?

In the film, the Monstars steal the talent of several prominent NBA players… and Shawn Bradley. So if the events of Space Jam actually happened then that means that those NBA players would have lost their ability forever right? Here’s the rundown.

Patrick Ewing – We get deprived of the glorious sight of those loud, orange, blue, and white Ewing sneakers in every cool re-sale shoe store in the mall. He would go on to a less than stellar career in coaching so not much changes.

Muggsy Bogues – Would immediately retire and become the Mayor of Charlotte, also owning a Shoney’s off the interstate.

Charles Barkley – Unfortunately Charles would continue to try and play for three more seasons with no talent, eventually winning a ring with the Utah Jazz filling in garbage time for Karl Malone. He then would join the broadcast team at TNT and continue to annoy us for years to come.

Larry Johnson – This would’ve been the end of Grandmama and the awesome Converse React sneaker that I loved as a kid. LJ would go overseas on a lucrative deal to play one more year. You see in Europe talent doesn’t matter if you’ve been in the NBA. See Stoudemire, Amar’e.

Shawn Bradley – First of all how in the sam hell did the Sixers pick this guy over Penny Hardaway? That’s a future edition of What If… right there. Bradley underachieved in the NBA so losing talent here is questionable to begin with. After Space Jam, Shawn ended up alright. He would team up with Manute Bol and begin training as a professional wrestler. They would sign with WWE and begin working under masks as, “The Toothpicks” with Disco Inferno as their manager. Meant to be a joke, the gimmick would get over and the duo would go on to win the WWE Tag Team Championships three times. Bradley now owns a chain of Hot Dog On A Stick kiosks in Utah.

The Monstars – After beating the Tune Squad this unstoppable force would be an attraction at Moron Mountain for three years before Swackhammer negotiated a lucrative deal that would see The Monstars tour with the Harlem Globetrotters for the next ten years, defeating them every night. 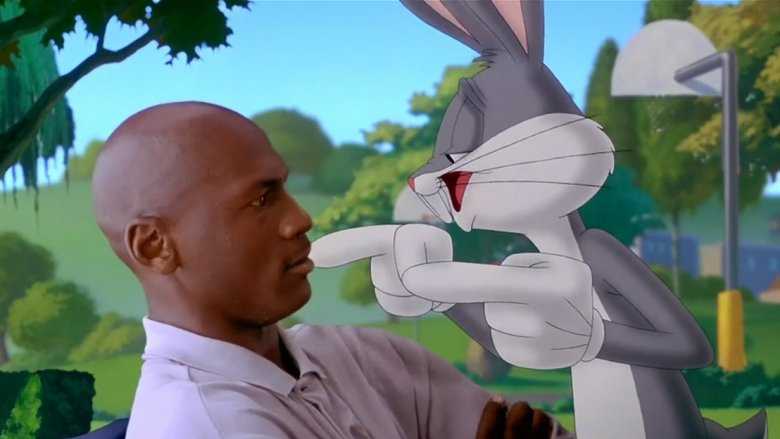 I love writing these articles because it’s fun to imagine alternative realties where these things might happen. Thankfully, Space Jam was just a movie and a very successful one at that. Although Michael Jordan turned down the sequel, LeBron James will star in Space Jam 2 in 2021 so hopefully, we will get to see the Monstars in action one more time.

Had the Monstars actually defeated the Tune Squad it would have drastically reshaped my youth. I did everything that Michael Jordan told me to do. Whatever he was pitching I was buying. Or my parents were buying but that’s irrelevant. As a matter of fact, I am writing this article on the couch, lounging in my Hanes as I sip on a lemon-lime Gatorade and stare at a half-eaten bowl of Wheaties.

So, yeah, thank God the Tune Squad pulled it out.

Credit for this topic goes to one of our own talented writers, Sern. You should read some of his cool stuff about the NFL and the XFL.

I’m on social media @scottjordanmjsx so come at me if you dare.

See you next time on the hypothetical highway. 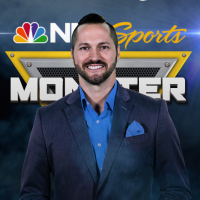 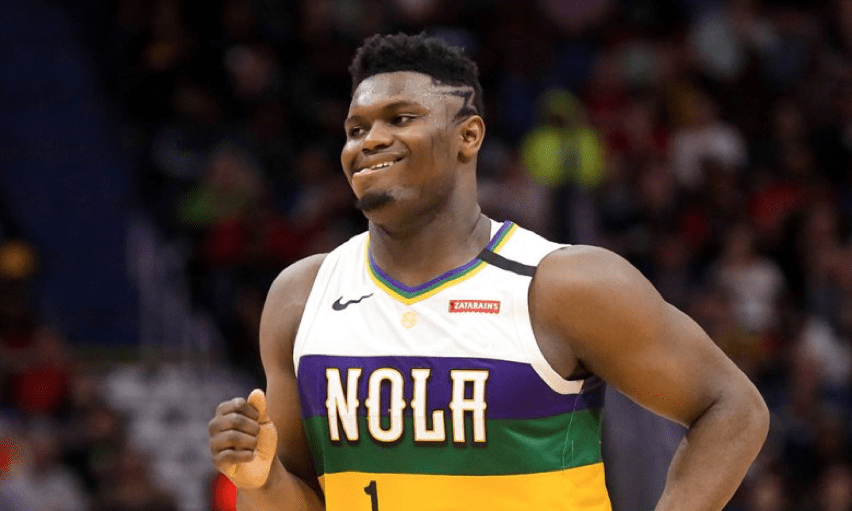 Zion Williamson and New Orleans May Have A Small Issue 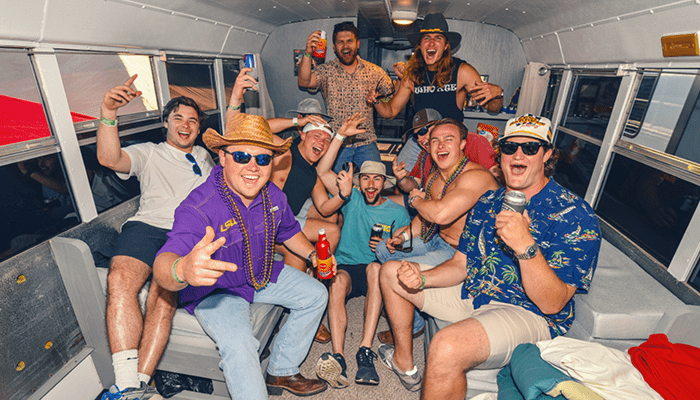