iRacing Takes Over Amid COVID-19 Pandemic

Sports went Belly Up this past week, but Esports, especially iRacing have surged as the world fights the coronavirus. Among several events organized this weekend was The Replacements 100. Which featured William Byron, Dale Jr., Chad Knaus, and an array of other members of the racing community. With no NASCAR for the next couple of weeks, is this what we are going to have instead? I sure as hell hope so because I have become an iRacing die-hard so the increase in attention is amazing. Over 20,000 people tuned into the live stream of practice for The Replacements 100. We’re talking about practice!

Dale Jr. is an iRacing pioneer and a life long sim racing advocate. He has retired from full-time racing, but after Friday’s tweet that may be null and void. I may be reading too much into it. I don’t wish ill on his marriage, but I’ll take any form of Dale racing I can get. He participated in the Elite Racing League event Saturday night in trucks at Atlanta. Then was a consistent focus of The Replacements 100. Jr. hasn’t lost a step on the simulator. It’s still just as satisfying to see a Budweiser scheme or an 88 beside the Earnhardt name on the ticker. Growing up in Appalachia I’ve seen firsthand that the Earnhardt’s are saints to all of us hilbilly folk. That family name is as ubiquitous as the Hatfields and McCoys. Uneducated and using words like ubiquitous, would ya just look at me, momma.

iRacing is an equalizer, that we know. What I didn’t know, or rather expect, was the spotters to flex so damn hard. Josh Williams dominated the majority of the race. TJ Majors was a consistent name in the top 5. With the variety of occupations represented, I thought the spotters were the most impressive. No disrespect, but you don’t generally think of a spotter wheeling a car. Let alone as smoothly as Williams and Majors. Analysts were also well represented. The always underrated Parker Kilgerman was a threat along with his colleague Dale Jr. Hell, even the actual drivers that contended were surprising. It may not have been a Late Model race, but Garrett Smithley showed equipment does hide talent. All I ask is that iRacing please keep bringing the heat with the special events.

Do y’all got any more of that iRacing? Yeah, actually we do. There are leagues taking place constantly and there are more NASCAR related (not sanctioned, key distinction) events this week also. MOST IMPORTANTLY THOUGH… cue ATLiens by Outkast. The ERSCA Pristine Auction Series will take on Hotlanta tomorrow at 9:45 PM! Catch up on all the action through my beautiful work. I’m also gonna direct you to a man who is a hockey fanatic loving some iRacing. Even if you don’t like NASCAR, there’s a place for you in iRacing. They’ve even let me get involved in it so that should say a lot about how welcoming the community is.

NFL and NFLPA Reach Deal on CBA: Who Wins? 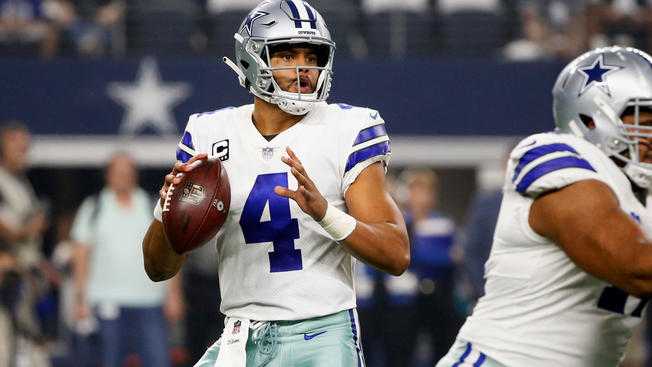 NFL Free Agency: Dak Gets Franchised, D-Hop Out of Houston?