Before we get into the Dolphins first day of free agency, yeah, I know that free agency doesn’t technically start until 4 PM on Wednesday. Not to get all Eminem from 8 Mile here, but I just wanted to get that out of the way before someone points that out. Actually, I’m sure someone will do exactly that just to be clever or because they didn’t click on the actual blog.

If I were to do a visual recap of what the Dolphins did yesterday in comparison to where the Patriots currently are and what they did yesterday, this is what it would look like.

Now, I realize that the WWE is still the Undertaker’s yard and that he eventually took out the Giant Gonzalez, but you get the point. The Dolphins have been getting owned by the Patriots for 20 years. True, there have been a few fantastic victories thrown in along the way. But, New England has done all the winning. I believe that the Patriots reign, which took a major hit due to TB12 saying he was leaving New England earlier today, is coming to an end. I understand that Belichick is still there, but Andy Dalton throwing to those wide receivers and tight ends won’t get it done.

The Dolphins took their first step towards the future when they agreed to terms with Erick Ereck Flowers. I wrote yesterday that I thought the move to bring in Flowers to be a starter to a putrid offensive line was a solid C+ – B- move. He’s only 25 and he had the best year of his career, at guard, with the Redskins last season. Sure, he floundered, hard, every year he was in New York, but I’m willing to forget about that. The money was right as well. Three years worth $30 million with $20 million guaranteed. It looks a bit steep for a guy with so much uncertainty but it’s 2020 and that’s what guys get. Get used to it. Flowers will come in and hopefully will by Miami’s starting right guard.

Then, nearly 90 minutes later, the Dolphins turned to the other side of the trench.

The Dolphins, essentially, gave Shaq Lawson the same contract as they did Ereck Flowers. Like Flowers, Lawson is a former, high, first-round pick who has youth on his side. At 25, Lawson comes in and will be a day one starter mainly because the Dolphins have literally nobody worth a damn at the defensive end. Charles Harris, who wishes he was Shaq Lawson, has been horrible. Taco Charlton was alright in limited action and there are a few other lesser players that did pretty much nothing last year. Lawson gets to team up with his fellow Tiger, Christian Wilkins. in what could be the most underrated signing of the day.

For the halftime show of the Dolphins first day of free agency, they signed Clayton Fejedelem.

Dolphins are signing S Clayton Fejedelem to a three-year deal, per his agent @MikeMcCartney7. Fejedelem was a ST ace and reserve safety for the Bengals for the last four seasons.

I’m not going to try and tell you that I know anything about Clayton. I understand he’s a great special teams guy who’s versatile. Versatility is a theme for Brian Flores. I really wouldn’t be surprised to see this guy starting sooner than later because it’s sports.

Then the Dolphins went big or go home style.

Byron Jones’ new contract with the Dolphins will be a five-year, $82.5 million deal, including $57 million guaranteed, per source. It includes $40 million in first two years.

I wrote yesterday, when this happened, that I didn’t see this coming at all. Not because Byron Jones isn’t good enough; he is. But because I didn’t think the business model for this Dolphin’s regime was to spend big money. Instead, I thought they were going to keep handing out manageable contracts as they did with Flowers and Lawson. Now, the Dolphins can easily manage this, they have loads of money. But I just didn’t see it going this way especially, due to the, now former, highest-paid cornerback in human history already on the squad. I wouldn’t be shocked if Xavien Howard gets dealt today, but if he ends up staying then well damn. The Dolphins have the toughest secondary in the NFL, which is eerily reminiscent of the Madison and Surtain years. Those were great years, for the secondary.

Finally, the Dolphins ended their shopping spree with the signing of Flores’s favorite demon (yes, I realize I’m laying out a lot of wrestling references, get with it).

Here’s some highlights on Van Noy;

The linebacker was a sneaky position of concern for the Dolphins. McMillan had an alright year while Jerome Baker stepped his game up and took it to another level. But they still got whipped in the run-game to often. I think a lot of that is coaching, which I hope improves, and a weak defensive line. Van Noy is a classic glue guy. He’s versatile and somehow seems to find himself in the right place at the right time. He’s like the PJ Tucker of the NFL. He does his job, something his former employer and current boss preach.

That’s how the evening ended. There wasn’t anything else of note to mention. Oh wait, in a tweet by Mike Lynch that has since been deleted, the Dolphins were said to be “very interested” in Tom Brady.

Take the word of a Boston sports anchor with a major grain of salt, but the rumor is out there. I wrote about the possibility of Brady and the Dolphins six weeks ago and I infuriated the Miami faithful. I don’t think it will actually happen, but did anyone see Miami signing Byron Jones? That’s the point. We don’t know shit. I do know that Tennessee and the 49ers are out. The Raiders signed Mariota, so it seems they’re out. Tampa Bay seems like the most logical besides staying in New England, but who knows where this goes. Maybe, we’ll find out today.

I’d love to see Miami take a shot at signing Ted Karras out of New England. Not because that may entice a certain someone to follow him to South Florida, but because Karras is really good and the Dolphins need a center. Also, I wouldn’t hate signing Jordan Howard. He’s young enough where he still has good tread left on the tires.

By the way, let’s hope the Dolphins fair better than the Giant Gonzales did (RIP) in the WWF. Lets hope all this hard work and money doesn’t blow up in our faces as the Gonzalez did to Harvey Wippelman.

UPDATE: Again, take it for what it’s worth;

As of 10:50PM Dolphins out of Brady chase. Leader in clubhouse at this moment, per source involved, is believed to be Tampa Bay. 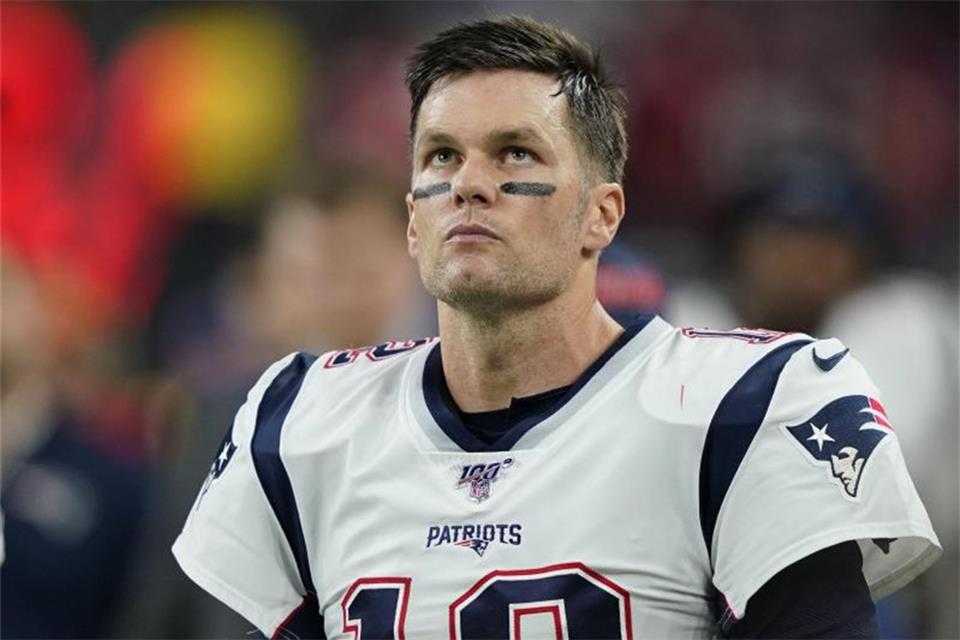