I have been trying to find ways to keep myself occupied, and immersed in the racing world as best as I can like everyone else. There are plenty of ways such as watching old races on YouTube, listening to podcasts, looking at old photos taken from races you’ve been to in life. You could go a step further and watch some iRacing like the ERSCA Series, or Pro Invitational Series. You could even go watch some motorsports-related movies as well to pass the time. I for one must vouch for watching old races on YouTube as there are many at your disposal to watch. It’s fun for me to relive some of the notable races in the Cup Series history. I have put together a top ten countdown for my favorite Cup races of all time.

The Top Ten: Six Through Ten

In what is for sure quite the poetic way to exercise your demons, Ernie Irvan after nearly losing his life at the Michigan International Speedway in 1994 put on a dominant performance resulting in one of the most emotional victory celebrations you’ll ever see. Little did he know it would be the last victory celebration of his career. Just another reason why it is starting out number ten on the list.

Trevor who? Bayne that is. The 20-year-old rookie in just his 2nd Cup start was thrust into the limelight as he returned the Wood Brothers Racing team to victory lane for the first time since Elliott Sadler in 2001, and for the first time at Daytona since 1976. Most young men at the age of 20 wouldn’t comprehend the magnitude of what Trevor Bayne accomplished, but let’s just say his peers saw it clearly. We fans certainly grew to know Trevor for the man he was on the track, and now off the track as a successful entrepreneur. The memorable moment comes in at number nine out of ten go check it out!

Yes, you have read this correctly two races back-to-back years made it into my top ten. Can you count all the stories involved with this? Let’s see, Jeff Gordon taking his first flip the week before, Danica Patrick making her debut in the Cup Series, Juan Montoya hitting the jet dryer in a fiery crash, the RAINOUT, oh yeah and Matt Kenseth wins his second Daytona 500.

This race was a changing of the guard if you must, we said goodbye to the greatest racer known as The King and said hello to another future GOAT, the fresh-faced boy of a man in Jeff Gordon, there also was a great points battle between Davey Allison, Alan Kulwicki and Bill Elliott that had come down to the final laps. Which seen Alan Kulwicki lead the most laps by one lap total securing him the series title. He would become the first owner/driver to win his own championship. This performance landed him and the race at number seven in my top ten.

Jimmie Johnson had a lot of adversity in this bracket-style playoff that we’re in right now, but for one night in 2016, after Championship favorite Carl Edwards crashed out in the waning moments, the seas parted as Johnson stormed to his record-tying 7th Championship pitting him alongside Dale Earnhardt and Richard Petty for their 7.

In a Hollywood-style ending, the Cup Series returned to Daytona for the first time since Dale Earnhardt’s fatal crash there in February of that same season, the stars aligned pairing Dale Earnhardt Jr. with Michael Waltrip in reverse finishing order from February, Waltrip won in February, Junior won this time, the teammates embraced at the start-finish line in front of the screaming fans, some who I’m sure their eyes were not dry.

The wounds were fresh, three weeks following the terrifying crash that claimed the life of Dale Earnhardt, rookie Kevin Harvick, the driver to as which Richard Childress Racing was grooming to be the future of the team was tabbed to replace Earnhardt in a newly numbered 29, and also repainted. Thrilling battles for the lead and engine attrition were the order of the day, as in a mirror of last year’s finish between Earnhardt and Bobby Labonte, it had come down to Harvick and Jeff Gordon this year, Harvick wins the race by .006 over Gordon, and who could forget the three-finger salute by Harvick, on his way to Victory Lane.

After snoozers of races on the Superspeedways this season, NASCAR had revised the rules package, making for a compelling race, 49 lead changes. Dale Earnhardt made a furious comeback with 4 laps left going from 18th place to the lead! This was also the final victory of Earnhardt’s career.

Who can forget this one? “20 years of trying, 20 years of frustration” cried Mike Joy, Dale Earnhardt FINALLY won the race that eluded him.

It was the first time a NASCAR race would be nationally televised from beginning to end. Which alone in itself was rare for that time in racing. Most people relate this race to the fight on the backstretch between Hall of Fame drivers Cale Yarborough, Bobby, and Donnie Allison. Many don’t even know why but us die-hard race fans know it was due to an on track collision on the backstretch. Which allowed the king to win his sixth Daytona 500! The collision and the fight were both caught on camera and televised live on national TV. No one knew it at the time but this was the race that NASCAR was put on the map.

Times are strange for most of the country right now, with social distancing and “stay at home” orders. You need to find some positive things to do in this crazy time and watching any of my top ten races, will either make you smile or at least get your mind off of the craziness going on day to day. What do you think though? Did I maybe leave a few races off that should’ve been in the top ten? Well, let me know! I love some good NASCAR conversation.

Also make sure you’re following our racing twitter page, and my own personal page for more amazing racing content! 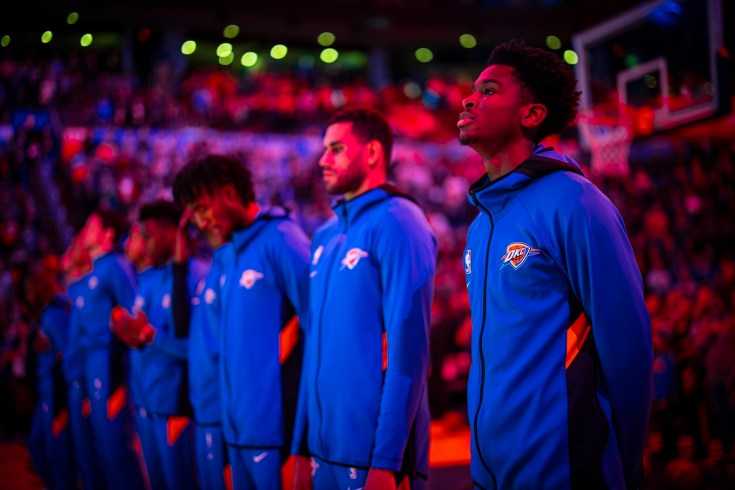 NBA Hiatus: As a Thunder Fan

I Love the Belarusian Premier League