What If Wonders: The Legend of D-Rose

It’s been two weeks without sports and many of us still don’t know what to do with ourselves. I’ve watched 10 movies this week and its only Tuesday. MLB The Show 20 is out and that’s been a huge part of my day-to-day, but I got drafted to the Detroit Tigers, safe to say that’s going to be a grind. One of my favorite sports questions is “what if”, so how many good ones are out there? What if 2011 NBA MVP Derrick Rose never suffered his devastating knee injuries? NBA Twitter is up in arms about what exactly the ceiling of D-Rose would have been.

I caught on to D-Rose’s game in 2008. Coming off the heartbreaking loss to Kansas in the NCAA National Championship Game, D-Rose went first overall to his hometown Chicago Bulls. His drive and passion for the game were on display every time Rose touched the hardwood. For me, the legend of Derrick Rose started in the 2008 playoffs. The Bulls squeaked into the postseason with a 41-41 record. Their first-round task? The original big three of the Boston Celtics. Rose lead these Bulls into a heavyweight fight that many thought was going to end quickly.

Boston courted the lineup of Rajon Rondo, Kevin Garnett, Paul Pierce, and Ray Allen. Nobody was supposed to get in their way. Did D-Rose and the Bulls pull it off? Well, not quite. But this rookie point guard took it to four future Hall of Famer ballers for seven games. Nobody thought they would win one game, then two games, then three games. The basketball world was in awe that the eighth-seeded Chicago Bulls were taking these Celtics to a dramatic game seven. But that game seven in Boston would prove to be too big of a task. The Celtics won the game 109-99 and won the series 4-3.

Flashback to the lockout-shortened 2011 season. LeBron James had taken his talents to south beach. Kobe Bryant was on the home stretch of his career. Kyrie Irving was the top pick of that summers draft. Derrick Rose, a pioneer of the modern point guard, brought a special kind of athleticism to the game. The 2008 Rookie of the Year was taking the NBA by storm with his lightning-quick crossovers and rim rocking slams. It got to a point where he seemed to be a pop culture icon. Chicago Rose jerseys on everybody and in the store windows at the mall. Rose had his Adizero shoes released by Adidas and the saying, “Fast Don’t Lie” was born.

In only his third year in the league, the “Windy City Assassin” would dethrone the king and take home the NBA MVP award along with being voted first-team All-NBA. Rose put up a stat line featuring 25 PPG, 7.7 APG and 4 RPG while shooting 44 percent FG and 86 percent from the free-throw line. To the new fans, this might not seem like MVP type numbers. But this was a different era. The defense was still a priority and teams weren’t scoring 120+ every single night. Even with the new big three down in Miami, Derrick Rose and the Bulls posted the best record in the league. Even though Rose took home the MVP award, it was LeBron James who had the last laugh. As the Bulls fell to the Miami Heat in the Eastern Conference Championship Series.

It was the 2011-12 season when the dreaded ACL tear happened. April 28, 2012, in the first round of the playoffs against the 76ers. We never know when or where these types of injuries are going to happen. All we know is that a long road of recovery is ahead. One of the brightest young stars may never be the same again. The pain resonated through the NBA universe. Everyone in Chicago saw their golden child fall from grace. NBA fans across the globe wondered if his knees just couldn’t support the uber-athletic play style Rose brought to the court. One thing that has remained, the memory of that MVP version of Rose.

Derrick Rose still hasn’t played a full season since that first ACL tear. Even though he played well whenever on the court in the seasons after his recovery. He was a shell of his former self. A learning curve needed to happen. Rose needed to learn how to play ball without being the most athletic player on the court. Rose was let go by Chicago after the 2015-16 season. After bouncing around the league and playing for four teams in two years, Rose spent time on the Knicks, Raptors, and Cavs before landing on the Minnesota Timberwolves and reuniting with former Bulls coach Tom Thibodeau.

The Return of D-Rose

In 2018-19 season D-Rose seemed to find a platform on the Wolves. October 31, 2018, Derrick Rose explodes for a career-high 50-point night! All those years of physical therapy. All the rehab of the muscles and tendons. Lead him to this moment. In what may be the best moment of the season, D-Rose turned back the clock and dropped a 50 piece on the Utah Jazz. Rose finished the season playing in 51 games while starting 13 of them. He turned in a respectable stat line featuring 18 PPG and 4.3 APG while averaging a career-high 37 percent 3PFG.

Now in 2020, Derrick Rose has found a great role in the Detroit Pistons. Mostly coming off of the bench behind Reggie Jackson, Rose still finds ways to produce numbers. Putting up 18 PPG and 5.6 APG while shooting almost 50 percent FG! With the season in question, we may never know exactly how his season would have ended. He would for sure have my vote for “Comeback Player of the Year”. D-Rose has missed 140 games in the last three seasons alone. Is he back to where he used to be? No, and no disrespect intended towards one of my favorite players to watch growing up. But the athleticism just isn’t there anymore. He has found other ways to score and it may have actually made him a better overall player.

How good would Derrick Rose be if not for his two reconstructed knees? The world will never know. We as basketball fans can always debate the “what ifs” of the NBA. With the country under quarantine and no sports on TV, we will always have memories of why we love this game. If anybody reading this has a What If Wonder they would like me to take a look at you can message me on Twitter @RondoSports937.

Need more to read during this epidemic? Check out Belly Up Sports to keep your mind off of things. 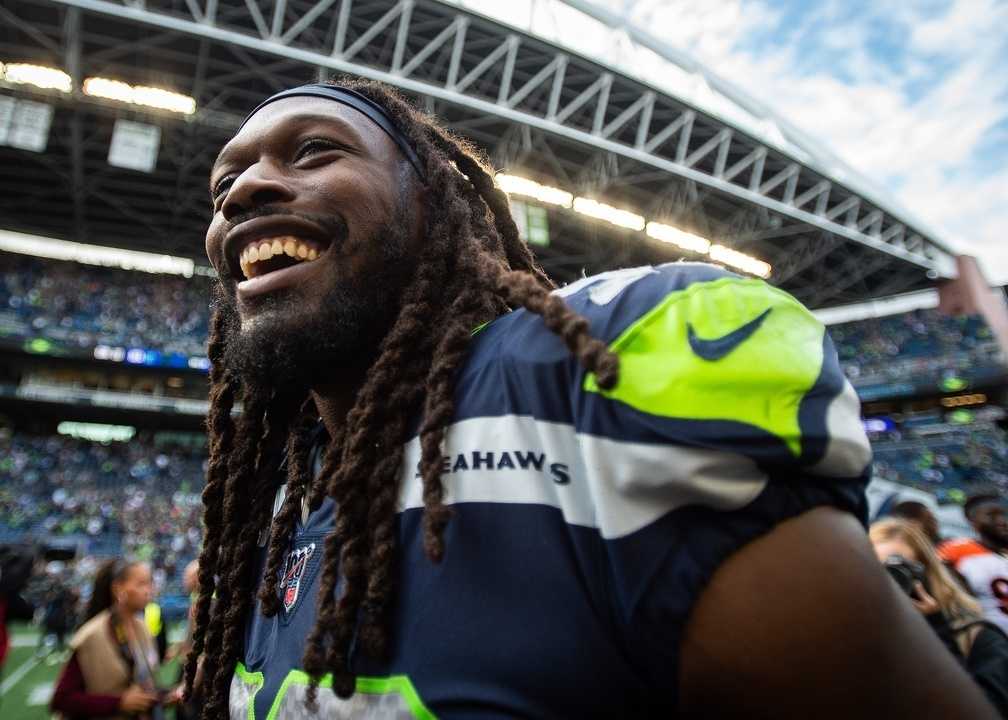 I Gotta Say, I’m a Bit Surprised that Clowney Turned Down the Dolphins, Again