One can only imagine how this once-proud franchise, especially playing in the heart of the media world, could be so awful for so long. The New York Knicks have been bad for a while now. With all other theories exhausted, the only explanation left may be poor ownership. For James Dolan to field a team so poor for such passionate fans for so long should be a crime. Things have gotten so out of hand that superstar fan, Spike Lee, is done going to games this season! No star players, no star fans, what’s next? When does the NBA stop giving the New York Knicks primetime spots?

What Really Happened with Spike?

Now, I wasn’t there so I can’t say for sure. From the Knicks side, I hear that Spike Lee used the wrong entrance to the building. And the long-time season ticket holder was seen in a verbal altercation with security and James Dolan himself. Spike wasn’t in his usual court side seat until the second half. During halftime, though, I heard Lee and Dolan were seen shaking hands and laughing. Spike Lee seems to think differently. This morning the famous director said that he feels he is being harassed by Dolan and has no idea why. In any case, Lee is, “Done for the season,” and will no longer attend home games. Who do I believe? I have no idea to be honest. All I can tell is that there is nothing good happening for Knicks fans this season.

What’s Wrong on the Basketball Side of Things?

To be blunt, just about everything else. Aside from a few good wins here or there just isn’t much to cheer for. They have a record of 19-42 this season, bottom five in the league. At home, they are a measly 10-22 so fans can’t even get excited about buying their tickets. Rookie RJ Barrett has put up solid numbers but seems to lack efficiency. Julius Randle has had to play the role of top-scoring option with Marcus Morris missing time before being traded.

I have high hopes for Kevin Knox, but he still seems a bit behind in his second season. There just aren’t many players on this roster to build off of. Dennis Smith Jr. has been disappointing this year and Elfrid Payton has regressed back to his averages after a hot spurt.

How Important is the Draft You Ask?

The Knicks can’t seem to win in drafts ether. The Knicks have traded top picks from 2013 (Tim Hardaway Jr.) and 2015 (Kristaps Porzingis). Top pick from 2017, Frank Ntilikina has yet to find his groove in the league. As mentioned above, 2018 pick Kevin Knox just seems to be a step or two behind. New York will almost certainly have a high pick again in what should be a solid draft this summer.

Could they package that pick and the first round pick they have from the Clippers to help land a big-time player? Or should they use the pick to grab a young bull like Anthony Edwards. The scoring guard out of Georgia could be a vital piece for the Knicks going forward. The pair of Edwards and Barrett could lay a solid foundation in New York for years to come.

Recently, the Knicks have had a hard time attracting the big-time talent to the Big Apple (another sign of poor ownership) but maybe that can change in this new decade. The Knicks haven’t been good since Melo left. The plan this summer may be the same as its been. Shoot their shot at the big-name free agents, lure someone into a big trade, and if all else fails draft high and try again next summer. Hopefully for Spike Lee and the New York Knicks faithful this once-proud franchise can rekindle its glory and return to the playoffs for the first time since 2013.

Follow me on Twitter @RandyPerry25 and catch up on all your NBA news on the Belly Up Hoops page. 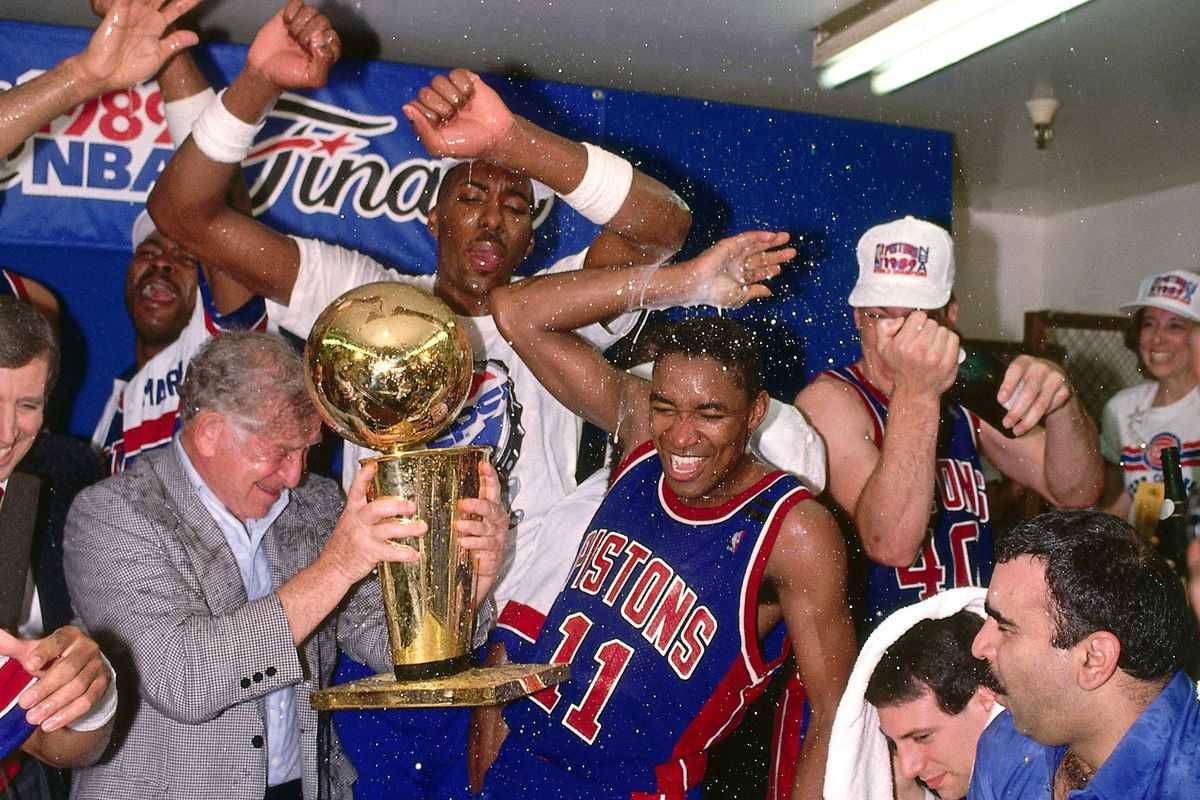 Bad Boys: What’s in a Name?