Tessa Blanchard-Where Does She Go? If Anywhere?

Personally, I think there can only be three choices: staying at IMPACT! Wrestling, going to WWE or going to AEW. Yes, I know many of you out there are wanting to see her in MLW or NWA, but not yet…probably not ever. Of course, each one of my choices has positives and negatives. However, I think to figure out where she goes in the future then you have to look at her past and what’s important to her in her present.

I think we definitely have to start where Tessa Blanchard is now and may stay. IMPACT! Wrestling has given her anything she has wanted basically since signing her in 2018. They have been great with her having a contract with WOW and then her also signing with Lucha Libre AAA Worldwide on March 18, 2019. They don’t care to work around her schedule and have even been using her fiancee, Miguel Olivo (Dago) in some matches. Not to mention that IMPACT! Wrestling stood by her and even gave her their world championship in January 2020 when allegations of her bullying numerous wrestlers came out. They also stood by her when she was accused of spitting and hurling racial slurs at La Rosa Negra. It is something none of us would think Tessa would forget when it comes to contract time.

However, has Tessa outgrown IMPACT! Wrestling? YES! YES! YES! Oh I forgot she’s not Daniel Bryan. There’s just not enough big time superstars there…men or women. The women’s division is almost non-existent and they forget they have one most of the time. I give IMPACT! Wrestling props for allowing her to challenge herself by intergender wrestling. Tessa started back in 2016 in Lucha Underground by wrestling future NXT signee, Dominik Dijakovic. From hearing her talk on different podcasts, I think this is something she wants to continue to do. Problem is this promotion is the best one for it because she has already started it here.

Will Tessa Blanchard’s pride allow her to go back and try again at WWE? In April 2016, Tessa appeared and lost in NXT to Alexis Bliss then the following month she lost to Nia Jax then in June 2016 lost AGAIN to Carmella. Wow! She is way better than all three and can’t imagine that wasn’t then also. Then in July of 2017 she was in the Mae Young Classic and lost in the first round to Kairi Sane. Are you telling me Tessa Blanchard wasn’t better than someone who wears a title around her neck…yes, her neck…and plays the jobber of her tag team with Asuka?

Of course, we have all heard the rumors of the 20 year old Tessa’s bad attitude. Plus, we all know WWE isn’t about to allow Tessa to wrestle anywhere else like WOW or Lucha Libre AAA Worldwide. Does anyone out there think any guy from WWE is getting in the ring with her? Can you see Randy Orton taking her finisher? What about NXT again? Every superstar since A.J. Styles and Ronda Rousey has had to go through NXT. Is this where the top women talent should go? Is this where she wants to go?

However, without a doubt WWE has the best women’s division right now. Tessa has said numerous times when asked who she wants to compete against Charlotte, Sasha and Becky. If you add Natalya, Bayley, Rhea Ripley, Shayna Baszler, Bianca Belair and Dakota Kai then no other women’s division can compete in depth and talent right now.

Is the new upstart on the block ready for Tessa Blanchard? Does Tessa want to build her career and her star here? When I say build, I truly mean build. Their women’s division is lacking. Tessa would have to do some coaching and coaxing the talent there, but she has before in WOW the last couple years. Dr. Britt Baker, Shida, Kris Statlander, Awesome King and Nyla Rose can give her some good matches. Plus, it is a place where she could actually build their title to prestige. Plus, with Kenny Omega over the women’s division hopefully he can help her.

Speaking of Omega, he has stated he wants intergender tag matches and intergender matches. He and Riho have wrestled them in Japan. I can definitely see most of the guys in AEW being accepting if wrestling with her or against her one on one. AEW loves to showcase different styles. Tessa Blanchard has mentioned that she sees Cody as a brother and a big thing could be that her biological father, Tully Blanchard is there also. A big plus is the AEW schedule and the fact that they will allow their stars to wrestle in other companies like Lucha Libre AAA where Kenny Omega has a title and New Japan where both Chris Jericho and Jon Moxley work.

Well right now, I’m a big AEW mark, so I have to say them. I think AEW has the money, the schedule, the work with other companies and building of a brand that she wants. She is a big fish in a small pond at IMPACT! Wrestling and I don’t see them getting any bigger. Tessa would be a star like Sting that never would get their full recognition. WWE right now doesn’t know who they are or who they want to be. Who wants to go into that mess? I don’t see it getting cleaned it before Tessa has to choose.

I look for her to sign a very short term contract with IMPACT! or go all in and become Elite with AEW. I can see her growing as the AEW star promotion does. I can imagine what creativity they can spark in her. Plus she would have the opportunity to show them what a bad girl with a good girl heart gimmick truly looks like. Can’t wait until…when? This summer? All man…that sucks.

You have to follow us at Belly Up Wrestling for our latest articles and tweet us @BellyUpWrestlin with your predictions of where Tessa Blanchard goes. You can find me at @Sam4413 or hear me on my podcast, Wrestling Overtime. 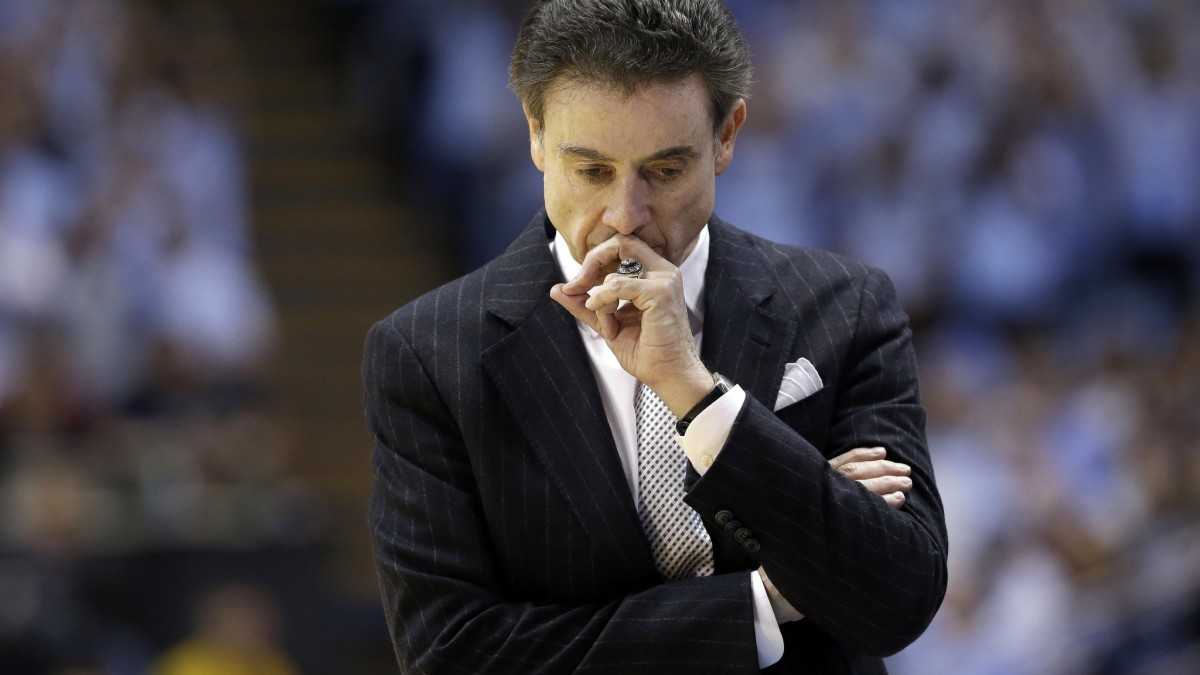 Rick Pitino? Would You Hire Him If You Ran A College?