Dating Drills brings you an alternative way to approach dating and relationships with a sports twist. If you have a dating or relationship question and you’d like a second opinion, reach out to me on Twitter @CoachKay_85 or send your questions to datingdrills@gmail.com.

I mentioned in my previous article that relationship rules should be part of dating just like every sport has rules. I’m not talking about an arbitrary set of dos and do-nots as you see in sitcoms and movies. Don’t show how interested you actually are. Don’t call too soon. Frankly, those kinds of rules are bullshit.

A couple of months ago I went on a first date and just the way the night unfolded, I ended up meeting his parents that night. Things didn’t end up working out (for reasons that will be dissected in a future post) but breaking what some might consider a rule, and a pretty obvious one at that, had nothing to do with it.

First things first. We have to define what a relationship is. People tend to not think of dating as a relationship until exclusivity has been negotiated or girlfriend/boyfriend titles have been handed out. That is a mistake, especially for women. As soon as you have conversed with someone, a relationship has started. Is it an exclusive, let’s get married level of relationship? No, of course, it isn’t. But it was still the beginning.

Most of us are sports lovers here, right? So when you talk about the sport you love, whether you play or watch if someone asks you how you came to love it, don’t most of our answers start when we are very young? My love of basketball certainly does. My dad loves sports, all sports. If it comes in his satellite package, he watches it. Myself and my two siblings all had a favorite sport that we watched with him. My brother’s was hockey; my sister’s was baseball; mine was basketball.

Was I the avid fan of the sport as a child that I am now? No, not even a little bit. But my relationship with basketball didn’t start when my fandom intensified. It started as a kid watching hoops with my dad long before he ever installed the hoop in our driveway.

One day, you’re going to tell a story of how you met your special someone. That story always starts with your very first interaction. That is the beginning of the relationship. It’s a mistake to only think of it in that way in hindsight. Relationships have different levels, different phases, different depths, and lengths. But invariably, the real beginning of a relationship is the first time two people exchange words. Whether that happens verbally or digitally is beside the point.

The Purpose of Relationship Rules

Relationship rules need to be approached with an understanding of their purpose. Just like the rules of sports, relationship rules should help you clearly see when things are out of bounds, so to speak. They are a way for you to make informed decisions about someone and generally date smarter. If your rules are violated early and often, forfeit the game, walk off the court, take off your cleats, move on.

Your rules should also help you eliminate the many perfectly lovely people you’re likely to meet who simply are not a good fit for you. I’ve personally handled that by having three lists. Nothing was written down on yellow legal paper or anything like that. But I have a very clear idea of my Must-Haves, my Aw, Hell Nos, and my Negotiables when it comes to someone I’m considering getting involved with. This concept will also be covered in a future post.

But what if you feel like you have a real connection with someone? Isn’t it better to give some leeway? No. No, it’s not. For now, you’ll have to trust me but in the future, I’ll get into how every time I’ve taken that stance in my life it’s been a monumental mistake. For now, I’ll just say, that instant spark is one, not as rare as the movies would have us think and two, not enough to make someone relationship material.

My rules are about me, not about the other person and so should yours be. I’m a sappy, hopeless romantic type. One of my rules is, when I want to message someone, I do. Period. Right after a first date. Whenever I see or hear something that makes me think of him regardless of if he’s responded to my previous message or not. That’s who I am. If a guy feels smothered or that that’s too clingy that tells me a lot. I know that either he’s got his own issues that I want no part of or we’re probably just not particularly compatible. More importantly, I know it’s his damn loss.

I know I want someone who doesn’t hesitate to reach out to me and who is okay with me doing the same. One of these times, those early messages are going to be with the person I spend the rest of my life with. Why the hell would I want to hold back?

I also have rules that help me teach a guy how to treat me. This is a concept I explained in detail in my first article. You can’t leave how you’re treated up to the discretion of the other person. You have to decide, in advance what you’re okay with and what you’re not and know how you’re going to approach those teaching moments.

Personally, I use a three-strikes system early on. I’m only going to explain the same thing twice. If you still pick up the third strike, you’re out. This isn’t about trying to change someone. It’s about setting standards. Again, I have a real-life experience to illustrate this that I’ll dig into in the future.

The most important thing to take away from this section is that dating effectively requires you to know yourself first. Most of us make the mistake of not having clear standards and expectations before we start trying to date. I know I did. But that order of events is just asking for trouble and miscommunication.

Imagine if MMA fighters went into the ring never having trained, not knowing how to fight properly. What if they’re not familiar with their own strengths and weaknesses? In order to have the best chance at success, fighters have to know a lot about themselves before they ever set foot in the ring. Imagine how disastrous and potentially dangerous it would be for a fighter to try and figure that out on the fly.

Similarly, in dating, if you’re figuring out in the moment that you dislike certain things the person you’re dating does or says, you’re going to react emotionally rather than rationally. Likely, instead of a teaching moment, you’re going to have a fight. Maybe you decide after you’ve been dating someone for a while that they don’t bring something to the table that you feel like you really need. Perhaps by the time you figure it out, you’ve already developed an attachment.

Now you’ve put yourself between a rock and a hard place, especially if the thing you feel like you’re missing is simply not in the repertoire of the person you’ve been seeing. You’ve either got to break up, severing that emotional connection which is never a recipe for a good time. Or, you’ve got to settle. I think we can agree that neither of these is a stellar option. It’s like needing a three to force overtime and the ball is in the hands of Ben Simmons. Or driving on Dikembe Mutumbo for a layup as the seconds tick down. It’s not going to end well.

To conclude this edition of Dating Drills, here are the general rules. Think about them. Embrace them. Use them. If you do, you’ll be on your way to dating smarter.

All of these rules will be discussed in detail in the upcoming weeks. For now, follow me on Twitter @CoachKay_85 and check out the first article in this series for a preview of what is to come. And don’t forget, Belly Up Sports and Belly Up Fantasy Sports has you covered for all the actual sports stuff. 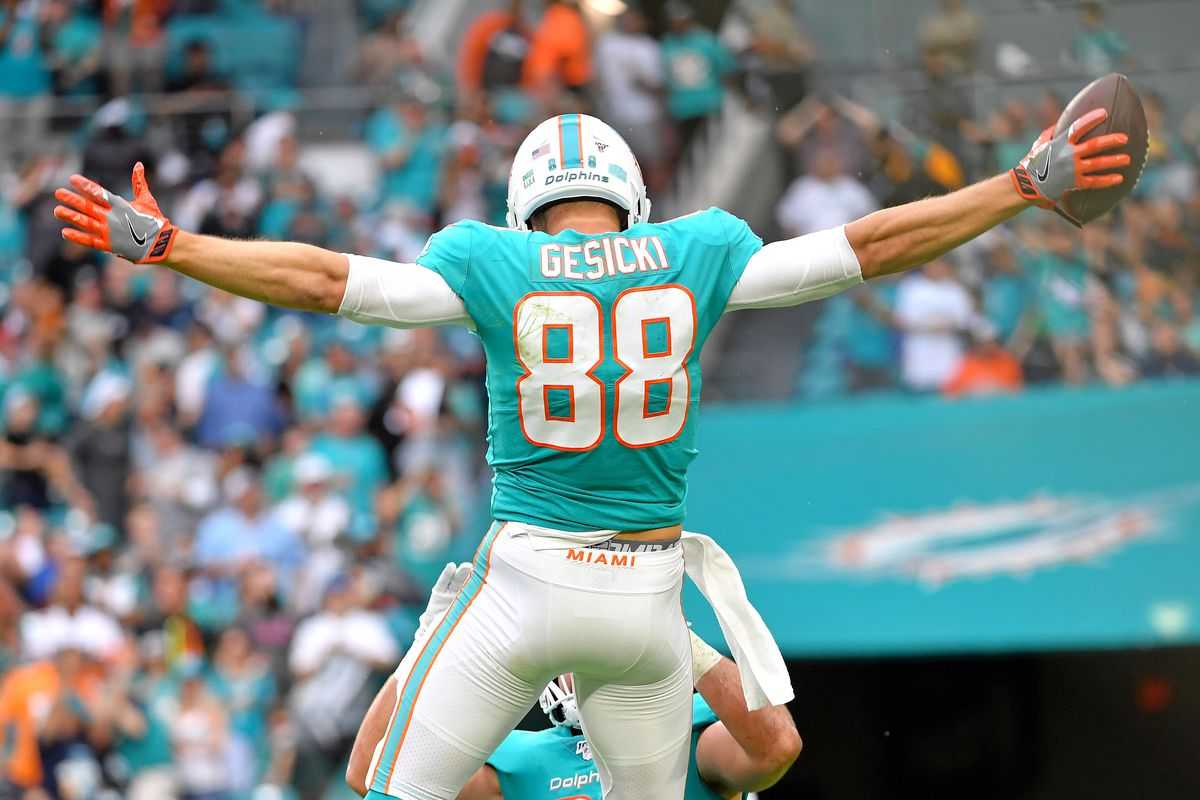 Did Mike Gesicki Unveil a New Secret Play From His House? 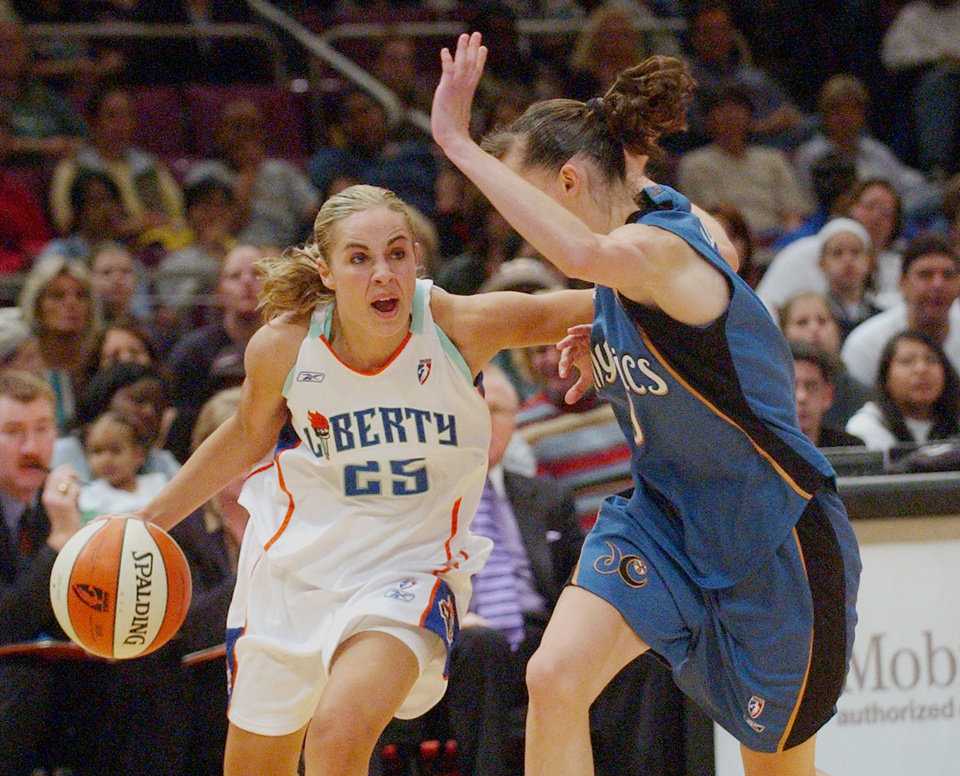