Jordan: Catalyst for the End of 90’s NBA Toughness

Yup, you read that right!

No, I have not taken leave of my senses. Hear me out.

My premise is based on the idea that the story Isiah Thomas told in The Last Dance about the Celtics walking off the court without shaking hands when the Pistons beat them is true. At the very least, in Thomas’ personal reality, it’s 100 percent accurate. I know that probably more than a few of you will beg to differ and have all kinds of arguments explaining why Thomas is lying or whatever.

This is my article and I will be writing it based on my preferred interpretation of events. Come on now, we all know that this is the reality of how journalism works in 2020. Looking at you Fox News.

On the other hand, we have MJ and the Bulls who had, and to this day seem to have some pretty strong feels about the walkoff.

Our stage is set. Now for a little backstory.

The Jordan Rules as a Strategy

MJ is still sore about The Jordan Rules that the Pistons infamously, effectively and unapologetically employed to shut him down. In the reality that is the backdrop for this article, the Pistons’ use of The Jordan Rules was not personal. In fact, it was strategically brilliant.

Here was this incredible player, and they knew he was incredible. But at the time, his game was badly flawed. He was a ball hog offensively. He didn’t understand the simple math that if he did 30 percent less, four other guys would only each have to do 7.5 percent more to make up the difference. Pippen and Rodman themselves each gave more than the 7.5 percent. They didn’t have to be as good as him to be helpful. Phil Jackson‘s addition proved that in spades. Cause how many titles did Jordan have pre, Jackson? Zero in the category that mattered to him most. But I digress.

The Pistons strategy wasn’t a complicated one to dream up and theoretically, those outraged at Detroit, Michael Jordan included, are really just mad about how they executed said plan. But why are we surprised that the Bad Boys behaved…. well, badly? What? We were expecting them to get together and go over tons of film taking detailed notes in order to figure out how to stop Jordan honourably? Because that’s exactly how we would expect the Bad Boys to handle things, right?

Bad Boys will be Bad Boys

No, of course not. The Bad Boys had earned their nickname in spades. Why did anyone expect that when they faced the biggest threat to their dominance that would be the time they adopted gentleman’s rules? Why are so many of our minds blown that the Bad Boys behaved in a way that could be perceived as lacking class? In life, bad boys and classiness don’t generally come in the same package. Am I right? That said, if you are that rare individual, a classy, bad boy, I’m single. DM me.

I’d also like to take this time to point out that yeah, the Pistons got a ton of flagrant fouls. But that style of basketball was within the rules at the time. I mean, it stretched the rules, as bad boys are wont to do but it was still allowed. Don’t hate the player. Hate the game.

And let’s not kid ourselves. Jordan would have done the same to the Pistons or anyone else in his way if it had been an advantage he was coming in with. The reason Jordan hates the Pistons so much is that he is so much like them. Had Jordan been drafted by the Pistons, he would have fit right in.

He clearly demonstrated that he didn’t have an altruistic or the-game-is-so-beautiful reason for hating the play-style. In his own words on bulking up, he wanted to inflict pain. As much pain as possible. His reasoning was personal. He’s not mad that they did it. He’s mad that they did it to him. I’m not even saying that’s not a valid point. But real talk? He’s way too self-righteous and sanctimonious for my liking. Just saying.

I think part of why people idolize Jordan is because he had to overcome the bullies in the Pistons. But Jordan was a bully too. His real gripe with the Bad Boys is that he wasn’t the biggest, badest bully. Period.

The Jordan Rules as a Compliment

I also realized that MJ is incapable of seeing The Jordan Rules as the compliment they were. As much as it sucked for him, he had a championship team looking at him and saying, “Him. We’ve got to stop him. Whatever. It. Takes.” That’s how good the Pistons believed Jordan was. Was it douchy? Hell yeah, it was. But again, that was par for the course for that Pistons team. It was just how they won by any means necessary. And let’s not forget, the thing so many of us miss about Jordan’s era of the NBA is exactly the thing he took exception to.

This brings me back to my title. Jordan is the undisputed poster boy, chosen one, the face of ’90s basketball. And we associate him with that playstyle. But, the reality is, Jordan did not champion that style. He hated it. Jordan still takes exception to it. He just did what he had to do to make it. And I’m not knocking that. The way that Jordan did what had to be done to beat his nemesis is one of the reasons I myself don’t even entertain the idea of LeBron James as my lifetime’s GOAT.

That said, Jordan and the Bulls were softer than the generation that came before him. Cause they whined about the physicality of the game rather than accepting it as the way things were as did the Pistons. The infamous walk-off by the Pistons when the Bulls beat them perfectly illustrates my stance here.

Again, remembering that within this article, Isiah Thomas’ version of the truth is reality, the Bad Boy Pistons didn’t invent the defeated walk-off. I found the footage of the Celtics walking off in the way Isiah told the story to be pretty believable. Also, please @ me on Twitter and correct me if I’m wrong, but I feel like this story about the Celtics walking off is not terribly well known. I grew up a Pistons fan and I’d never heard it before. So, if, indeed this story is news to a lot of people, Thomas is telling the truth when he says it was the accepted way of doing things. If it wasn’t true Thomas’ story about the Celtics would be well-known.

And yes, I appreciate the possibility that MJ could be right and Isiah has come up with that story after all these years. But someone else can write about MJ’s reality. I believe Thomas when he says, that’s just how it was done. And why wouldn’t that have been how it was done? When a male lion is challenged for leadership of the pride, a younger rival loses, the body language of the beaten is full of bowing and scraping and submission.

On the other hand, when that day comes in every pride leader’s life where they lose their last fight, it’s over. They don’t get to stay around and possibly challenge again another day. They’re banished, exiled, lion non grata. They slink away into the night. You can’t stay here. There’s no handshaking when a top warrior is beaten and replaced.

For many NBA fans, that’s exactly how it should be. The walk-off perfectly typifies the attitude that many fans feel is missing from today’s “soft” NBA. Jordan and the Bulls were the first to take exception to it. They were the catalysts for the shift away from the game so many think was better and that they also automatically associate Jordan with.

Ain’t that a bitch?

Also, think about this for a minute. If Jordan had not been the dominant guard he was, does the NBA make the rule changes that make today’s NBA so much less physical? Things that make you go, “Hmmmmm.”

Something that I think people fail to recognize is that the Pistons’ use of physicality was really serving the purpose of a much more subtle game. The mind game. Even though the Pistons lost to the Bulls, they still won the psychological battle. The got the last laugh by walking off. Jordan didn’t want them to shake his hand out of some sense of sportsmanship.

He wanted to gloat. Pure and simple.

Horace Grant even said that beating the Pistons was as, if not more, satisfying than winning the Championship. In not staying around to shake his hand, the Pistons got the ultimate last word in denying Jordan the thing he wanted the most. The Pistons’ public acknowledgment of his superiority. 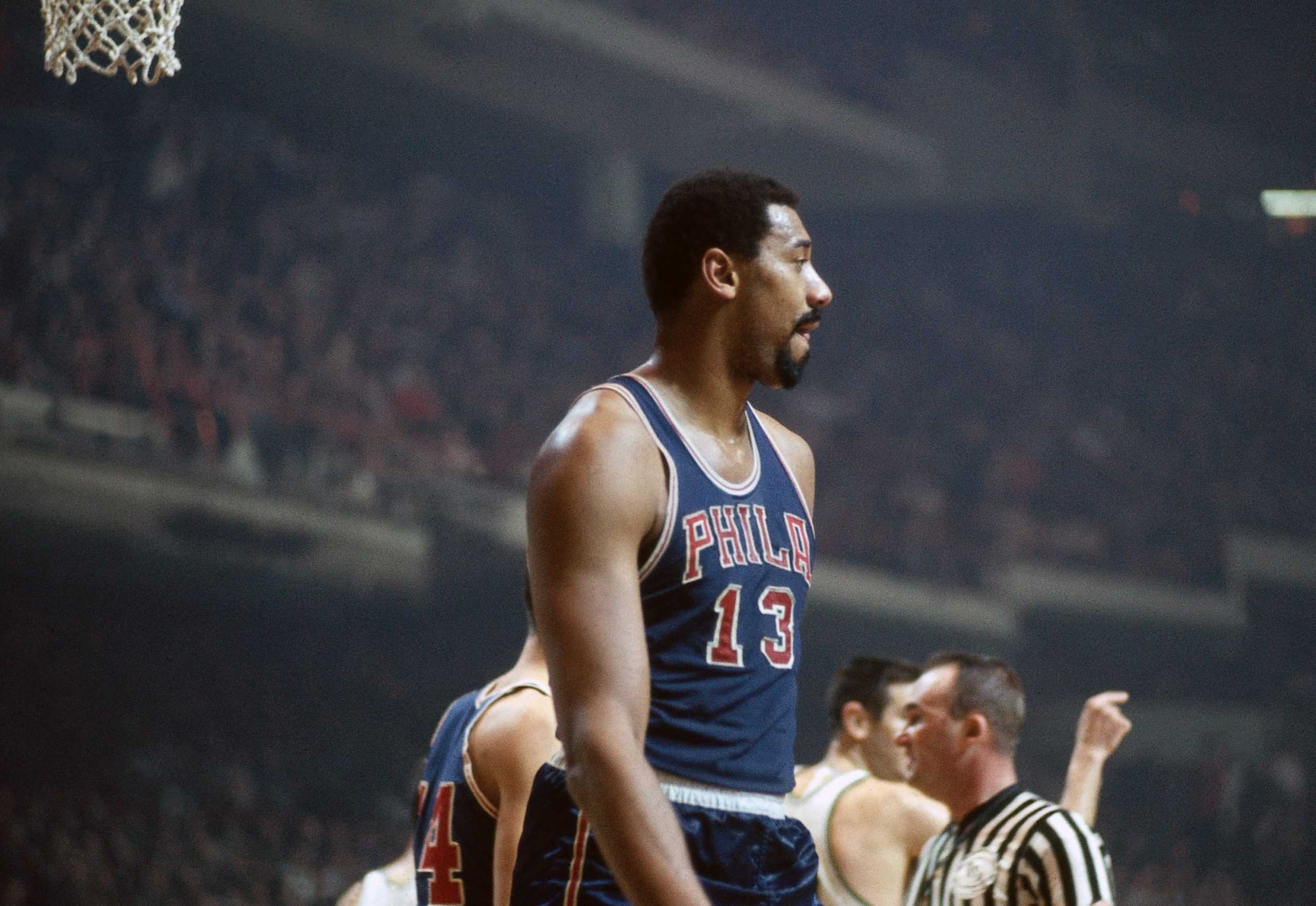 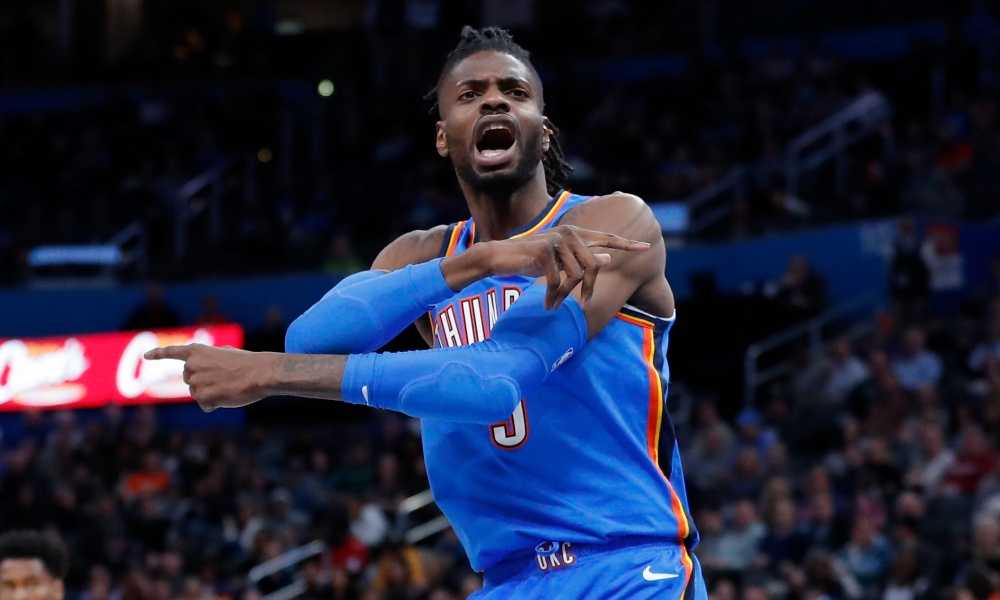