During the NBA Hiatus, I will be looking back at a few players’ careers. I will be starting with Nerlens Noel of the Oklahoma City Thunder.

Nerlens Noel was very hyped coming out of college. He was a 6′ 11″ big man out of Kentucky. His explosiveness and timing made him an exceptional shot blocker, increasing his value at the center position. For a big man he was not only very bouncy, but he was quick on the ground as well. His offensive game had a lot of expanding to do. He didn’t create many shots for himself on the offensive end.

Coming into the NBA, Philadelphia 76ers fans had high hopes for Noel. The 2013-14 season would have been his first season in the league, instead, it was taken away after he tore his ACL while playing at Kentucky. Fans anticipated what the next season could hold for Noel following his ACL surgery. His NBA debut did not go as planned. With a disappointed fanbase, Noel recorded 6 points on 2-11 shooting. Although his offense was not remarkable he pulled in 10 boards and 2 blocks. His offensive game was proving to have flaws and there were growing concerns about it.

In the 2015-16 season, Noel was expected to improve his game and show his potential. He scored two more points per game but outside of that showed almost no improvement.

Noel’s third season rolled around and his stats plummeted. The 76ers gave up on him. This would be the season they traded him to the Dallas Mavericks.

He had moments where he would show signs of potential but in the end, his numbers stayed the same. He was moved to a lesser role where he would come off of the bench most of the time. Due to injuries, Nerlens’ numbers began dropping again. The Mavericks too would quickly move on from Noel.

Nerlens Noel signs with the Oklahoma City Thunder according to Yahoo

Aside from all of the injuries and disappointing roles, teams still believed that Noel could be an asset. In July of 2018, Noel chose to sign with the Oklahoma City Thunder. OKC was searching for a title, led by Russell Westbrook and Paul George. With a contending squad, Noel was one of the pieces the team added in their off-season.

In his first season with the Thunder, Noel’s numbers were not outstanding, but his impact was felt on the court. OKC craved consistency and Nerlens brought that to the table. He only missed five games in the 2018-19 season. Their season, unfortunately, ended with a first-round exit forced by the Portland Trailblazers.

Entering the 2019 off-season, the team parted with a few key pieces. Noel was a free-agent and could go to a contending team — yet he decided to stay with The Thunder. Oklahoma City would surprise many fans and Noel’s numbers would soon be back to normal. Noel is a key piece to the successful bench unit on a surprising Thunder team.

Hoops fans, go give my other article a read. 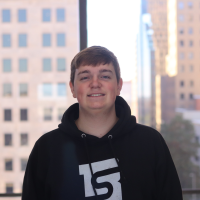 Jordan: Catalyst for the End of 90’s NBA Toughness