Do you want to make some predictions on the NBA bubble seeding games? Download PropMe from the Google Play Store or Apple App Store to guess how many healthy players will be on the bench for the Nets while the starting five are on the floor in their August 4th game against the Milwaukee Bucks and so much more. You can find the contest in the PropMe app under “NBA Bubble Contest”. The winner will receive $50, merch from the Belly Up Store, and be invited to be a guest on the Hardcourt Hunnies podcast!

Look… the 2019-20 season was never about winning now for the Brooklyn Nets. Expectations were that when the playoffs started the NBA would be shouting “WHERE BROOKLYN AT?!” in their best Biggie Smalls impersonation. The Nets traded D’Angelo Russell, fired their coach, and are rebuilding a roster around a superstar who hasn’t been healthy. To make matters worse, Kyrie Irving has only been healthy for 20 games, and won’t be available in Orlando. That they’re eligible for going to Orlando and playing in the bubble is, in itself, is almost all a dream. While the franchise may try and hypnotize fans into being excited about a playoff birth, it’s all about the Benjamins. The only reason the Nets, currently at 30-34, would rather be in the playoffs than the draft lottery is if they love the dough.

OK, enough BIG references… the Bed-Stuy basketball club is in Orlando for a fun time, not a long time. So what can be expected while they’re in the “happiest place on Earth?” And why have they been in the news so much lately?

The Brooklyn Nets are a team built to compete for the NBA Championship in 2021, not in 2020. They signed and traded for Kevin Durant within weeks of him popping his Achilles and signed Kyrie Irving after he missed more than a fourth of his games in two seasons in Boston. This season was always going to be about figuring out who, of the players they have, will be able to contribute to a Finals run and who can’t. And those who can’t? They will be shipped out for players that can… i.e., NBA vets Jamal Crawford and Michael Beasley.

Sure, swingman Spencer Dinwiddie and big man DeAndre Jordan will both be absent after contracting the Coronavirus. No, Kyrie will not be heading to the sunshine state. Yes, Kevin Durant will continue to heal his Achilles instead of rushing a return after the extended layoff. But Brooklyn has some work to do that is important in winning a title, even if it isn’t in winning this title.

Brooklyn opens against the only true home team (though to be fair, the lack of fans does negate homecourt advantage). They then play Washington, Milwaukee, and Boston in just a 6-day stretch. If Brooklyn can come out of that 2-2, they ought to be in good shape. The latter half of their 8-game tune-up is Sacramento, the LA Clippers, Orlando again, and Portland. The Caris LeVert led Nets will be looking at a 4-4 record after the 8-games, putting their final record at 34-38, or a .472 win percentage. That would, currently, keep them in the 7th in the Eastern Conference, and land them a match up with the defending champion Toronto Raptors.

No, the Toronto Raptors don’t have 2019 NBA Finals MVP Kawhi Leonard, but they will be a very tough first-round opponent for Brooklyn with so little star power. Even though the Nets did win the most recent matchup with Toronto, the season series was 1-3 in favor of the Raptors. Only one of the four games was decided by more than ten points, and one of them was just a 1-point home win for Toronto. But after accounting for the missing stars from Brooklyn, the series may be a brief gentleman’s sweep, even if each game is competitive.

What the Brooklyn Nets are looking for in their bubble experience, however, it for their players to perform. In the 1-point game in Toronto, Caris LeVert scored a career-high 37-points. Players like LeVert, sharp-shooting Joe Harris, and defensive specialist Jarrett Allen will need to use the 8-15 games they have in Orlando to prove they are going to be contributors on the championship contender next season.

But what Brooklyn did in the final days before practicing in the bubble is what is getting the most pub. Jamal Crawford, even at 40 years old, is a walking bucket. His handle, and the correlating isolation scoring, are both things that don’t fade with age. While he may not be a dependable defender for next season’s run at an NBA title, this is a great opportunity for the Nets to see if he can contribute. He’s found something he’s good at, he’s just trying to flip it, and keep it going. He ain’t trying to slack at all.

Crawford brings age and West Coast wisdom, but Michael Beasley is just. Yes, Brooklyn will be his 8th NBA franchise in 12 seasons, but he’s averaged a career 12.4 ppg and 4.7 rpg. Throughout his career, he’s had moments where he looked like he was finding his footing. The former No. 2 overall pick averaged over 19 ppg in Minnesota as a third-year player, but has had trouble finding a home as a starter since. Next season, if he proves to fit in this summer, he very easily could be a productive role player off the bench that is capable of scoring in bunches. And if not, he ought to provide some fun content this summer. Who could forget when Beasley tried to enter a game last season, while playing for the Lakers, without his shorts?

So yes, projecting what will happen to Brooklyn in Orlando in the win-loss column seems bleak. But it is not going to be an unimportant week for the club at all. They have young players to develop, older players to gauge, and a very serious shot at next season’s title.

They know very well who they are, they won’t be held down because of this season. They reached for their stars and they have a goal, but not that many. Next year could be the one, their roster will be good and plenty.

Continue to check out Belly Up Sports in the coming days for previews for every NBA team going to the Orlando bubble. Follow me on Twitter @painsworth512 for more, and give our podcast “F” In Sports a listen wherever you listen to podcasts! 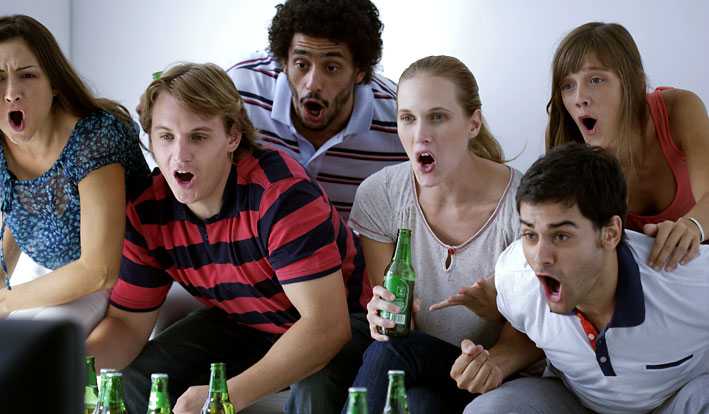