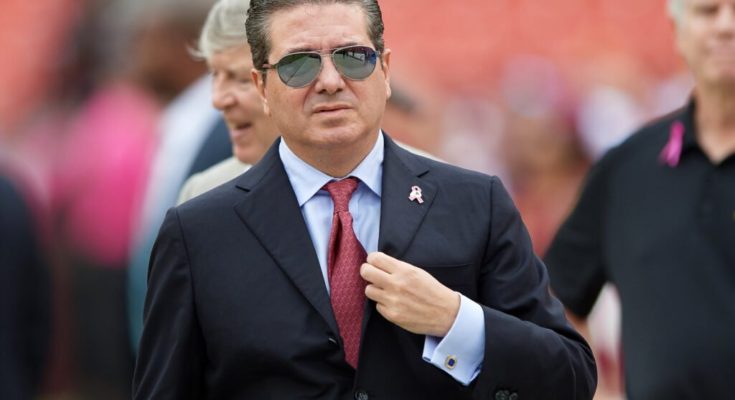 The Washington Redskins announced on July 13th their plan to retire the name “Redskins”. This decision comes after years of public disapproval of the name, as well as years of public disapproval of the franchise itself. This decision also came prior to the Washington Post’s article detailing years of sexual harassment endured by several women in the Redskins organization. As a temporary placeholder, Dan Snyder and the company have decided to go with the “Washington Football Team” as the team’s name for now.

Put any color skin in front of the term “skins”, and you get an equally racially insensitive name. The wheels have been turning for several years when it comes to Washington changing their name. Recent news, paired with years of unrest from the fans begs the question: Why has Dan Snyder been so reluctant when it comes to changing the name? Now with this temporary name, he’s showing he still can’t commit to a concrete name change. To understand the truth behind his reluctancy, we must look at the role youth has played in Dan Snyder’s life.

Dan Snyder dropped out of the University of Maryland at age twenty to pursue his own ventures as a businessman. In his pursuit of success he and his sister founded Snyder Communications LLC. Their company would continue to grow year after year since its inception in 1992, both in size and revenue. Snyder Communications LLC’s initial public offering in 1996 made Dan Syder, at this point thirty two years old, the youngest CEO to have a company listed on the New York Stock Exchange. In the twelve years since he dropped out of college Snyder had achieved more success than most people ever could in a lifetime, but it wasn’t enough.

This amount of success, at such an early age, has been proven to leave lasting psychological impacts. It is here that Dan Snyder first realized that youth and success are intertwined. By 1999 Dan Snyder had his sights set on a new venture, to become the owner of the Washington Redskins. He paired up with a few other wealthy investors and bought the team and the field for about $800 million. At the age of thirty four he was now a majority owner of a professional sports team. This once again strengthened what he already knew, youth and success have a direct relationship.

The Washington Redskins have accumulated a record of 142-193-1 over Dan Snyder’s reign as owner. In this time period, Snyder has had over eight different head coaches, sued ticket holders who couldn’t pay during a recession, banned usage of fan-made signs for a short period of time, caused environmental damage, and caused vast overall fan disappointment with the organization as a whole. One would think that changing the name in a timely manner could help get the large fan following back on his side, so why this reluctancy? It all comes back to the youth and the successful marriage that Snyder was introduced to through Snyder Communications LLC. Snyder is still one of the younger owners in the league, but even he knows that father time is undefeated.

The Fountain of Youth

At fifty-five years old Snyder has begun to realize his days of being a strapping young lad are behind him. He has used the Washington Redskins to retain his youth, and with this youth, his success. How is this possible? Through constant disappointment, through constant giving and taking of hope, Dan Snyder has accumulated generations of tears from his fans. FedEx Field has become his basin, his fountain, in which to hold these tears. Changing the name of the franchise has no potential downside, and Snyder knows this. To retain his youth, to retain his success, he cannot let this fountain dry out.

His infatuation with youth and success has led him to keep The Fountain Of Youth a secret from all of us. This name change marks a glimmer of hope. A glimmer that Snyder fearfully believes will usher in an unprecedented beam of light, and a new era of happiness for Washington fans. A glimmer of hope that will halt the tears and corrupt his preservation of The Fountain. His secret is no longer hidden, the name will soon be changed for good, and the fans of Washington have a true chance at a new chapter for their franchise.