Since the NBA announced the plans to restart in Orlando, they’ve been keenly set on a set of 8-seeding games. Functionally, they set the playoff bracket. Teams jostled for position, including some teams actually playing their way into the NBA playoffs. Practically, they served as games that were both meaningful and a warm-up. Sure, there were nationally televised scrimmages, but the games offered the best balance of “must tune in” and “solid tune-up.” But, aside from the seeding of the teams, what did we learn from the play in games?

The Lakers are not that good without a really good LeBron

Yes, this is obvious… but there was a conversation through parts of the season where people actually tried to argue that Anthony Davis was having the better year. Davis, a Defensive Player of the Year candidate, will likely be an all pro for his efforts in purple and gold.

But the Bubble showed us that LeBron is LeBron. Even when he’s having an off game, like opening night, he’s going to be the person who decides the game. When he’s not playing, the lakers get whacked by Houston.  When he is playing, he pulls defenders with him to let Kyle Kuzma make a game winner. Simply put, they don’t have another perimeter player who can bring the ball up, initiate an offense, and be a threat to make the right play when he isn’t on the floor…. Much less one who does it as well as he does. The Lakers do have problems; They’re missing the bulk of their perimeter defense in Bradley and Rondo, they needed last-second heroics to beat a depleted Denver, and they will face a tough Blazers team in the first round. LeBron is still LeBron, and the Lakers will need him to be every ounce of himself to make a run at a title.

As are the Houston Rockets without a really good Harden

Houston, near the end of bubble play, decided they needed to focus on being rested for the playoffs more than their seed. Once they were comfortable, they sat James Harden and Danuel House, along with letting Eric Gordon heal his ankle. The Rockets proceeded to sloppily play the San Antonio Spurs. San Antonio really needed the game in an effort to play in for the 8-seed, Houston really didn’t. Both teams played exactly like that… and it showed.

Houston finished with 18 turnovers, shot just 40.4%, and had a 20-point deficit in the third quarter. It probably goes without saying, but an offense that is built on Harden’s isolation abilities really stalls when Harden is, well, unavailable.  What’s going to be worse for Houston? That they have to play any non-Harden minutes also without Russell Westbrook. Westbrook will begin the playoffs sitting and healing a knee injury that sidelined him for about half of the seeding games. The rest of the small-ball Rockets are healthy and ready to go, but Westbrook has been the point-center that helps the team go, especially with the Harden-less units… So it will be interesting to see how they fare.

TJ Warren must have a hell of an at-home-gym

TJ Warren is not some rookie that is coming off of a first off-season of sorts going into the bubble. TJ Warren’s never averaged more than 20 points per game in a single season of his six-year career, but in the bubble, he has broken the 30-point mark four times in six games (he was a healthy inactive in the last two), including a 53-point night to kick things off.

Gary Trent Jr. does, too

Trent Jr. is a solid three-point shooter… He was shooting just over 41% from behind the arc in the regular season this year. But in the bubble? He’s draining threes at a 50.7% clip; that’s nearly 150% better at a shot that’s worth 150% more points than a dunk. He’s become a key factor in the run Portland made in the eight seeding games.

Losing weight is good for basketball

Last year, we all heard about Draymond’s weight loss and how it impacted his play in the playoffs. This summer? James Harden, Nikola Jokic, and Carmelo Anthony all famously lost weight… and showed up to the Bubble ready to BALL.

Slim Jim Harden showed up in the bubble and dropped 49 points on Houston’s opening night. The Joker dropped a triple-double in his second game after dropping the weight. Skinny Melo not only had a dagger three against his former team in Houston, but he has broken 20 points four times in the seeding games (and a play-in game) in an effort to propel the Portland Trail Blazers into the next stage, including several clutch shots to seal several important wins.

The Lou Williams story was the joke of the day for about a week on #NBATwitter. A viral photograph of Lou Williams at the Magic City strip club in Atlanta, with a to-go box of wings in hand, while he was home to go to a viewing of an older mentor who had passed away. But, aside from the jokes at Lou Will’s expense, the national conscious learned one thing: Magic City’s chicken wings — of which there is a signature flavor named after Lou —, are good enough to warrant a trip in for just the food.

While people who have been through Atlanta, live in Atlanta, or understand the strip club culture in Atlanta before Lou Williams’ incident knew this, it wasn’t until Williams brought it to the forefront of sports news that the rest of the world caught up. No one who has been to Atlanta, much less Magic City specifically, disagreed that the wings were good enough to eat without needing the entertainment the club provides. Williams went through a ten-day quarantine in an effort to be sure that, after entering a high-risk establishment, he was virus-free. But the “bone-headedness” came from entering an establishment that was high risk, not because it would have been otherwise impossible to understand in a non-COVID world.

Listen, Skip Bayless lost his credibility on basketball a long time ago, but Skip’s name continues to be in the NBA news for whatever reason, including when he decides to do something like shoot shots at Damian Lillard. Yes, the same guy who has two series-ending buzzer beaters. Yes, the guy who was just in the Western Conference Finals last season. Yes, the guy who writes literal diss tracks about folks he kills on the basketball court.

The result? Damian Lillard dropping 51, 61, 42, and 31 points in consecutive games to get his Blazers into the NBA Playoffs after a long and arduous season that included an extra play-in game. Dame was playing well before Skip’s comments, but the fire they sparked may have been what earned Lillard the “Bubble MVP.”

Giannis Can Get Away With Anything

Listen, Giannis Antetokounmpo is an INCREDIBLE basketball player. He takes a one dribble spin move from the three-point line and finishes with a thundering dunk multiple times a game. He’s hyper-efficient offensively, the defending NBA MVP, and a finalist for Defensive Player of the Year. Yes, he’s doing all that at 25.

But man, it is hard to think of another player who could headbutt his opponent, in a frustrated moment, and have the NBA newsworld just forget about it 24 hours later.

Sure, he got a one-game suspension —the last seeding game, for a team that had locked up the number one overall days prior. Sure, he got a stern talking to and lost a seeding game check, but can you imagine if a more controversial player had done this? What do you think the wrap would be if someone got LeBron that frustrated? The media went nuts when Lance Stephenson blew in his ear and he grinned back. What if James Harden, Joel Embiid, Russell Westbrook, Anthony Davis, Kawhi Leonard, Chris Paul, Paul George… If any other player did this, we would hear about it as a sign of weakness. As evidence that they had some hole in their armor. But Giannis? It’s a cute, funny story.

Listen, while working from home, everyone has their ESPN, Food Network, or other morning shows they have on in the background. The voices of Stephen A. Smith, Guy Fieri, or Robin Roberts function as background noise for our different home offices.

But damn… being able to throw on competitive sports at 1:00 Eastern has been fantastic. Further, being able to throw on hyper-competitive basketball amongst teams that are gearing up for the playoffs is the perfect thing to wake you up as you enter the late afternoon work lull. Yes, it can be distracting… but it can also be the thing that keeps us going. In a 30-minute window of the afternoon, when there is nothing on TV and you’re slowly falling asleep after lunch, people are only getting a productive 20 minutes in anyways. Now, with basketball on, we’re getting 5 – 10 minutes of work done every time there’s a timeout, quarter break, or halftime. Same productivity, infinitely more hoops. Win – Win. 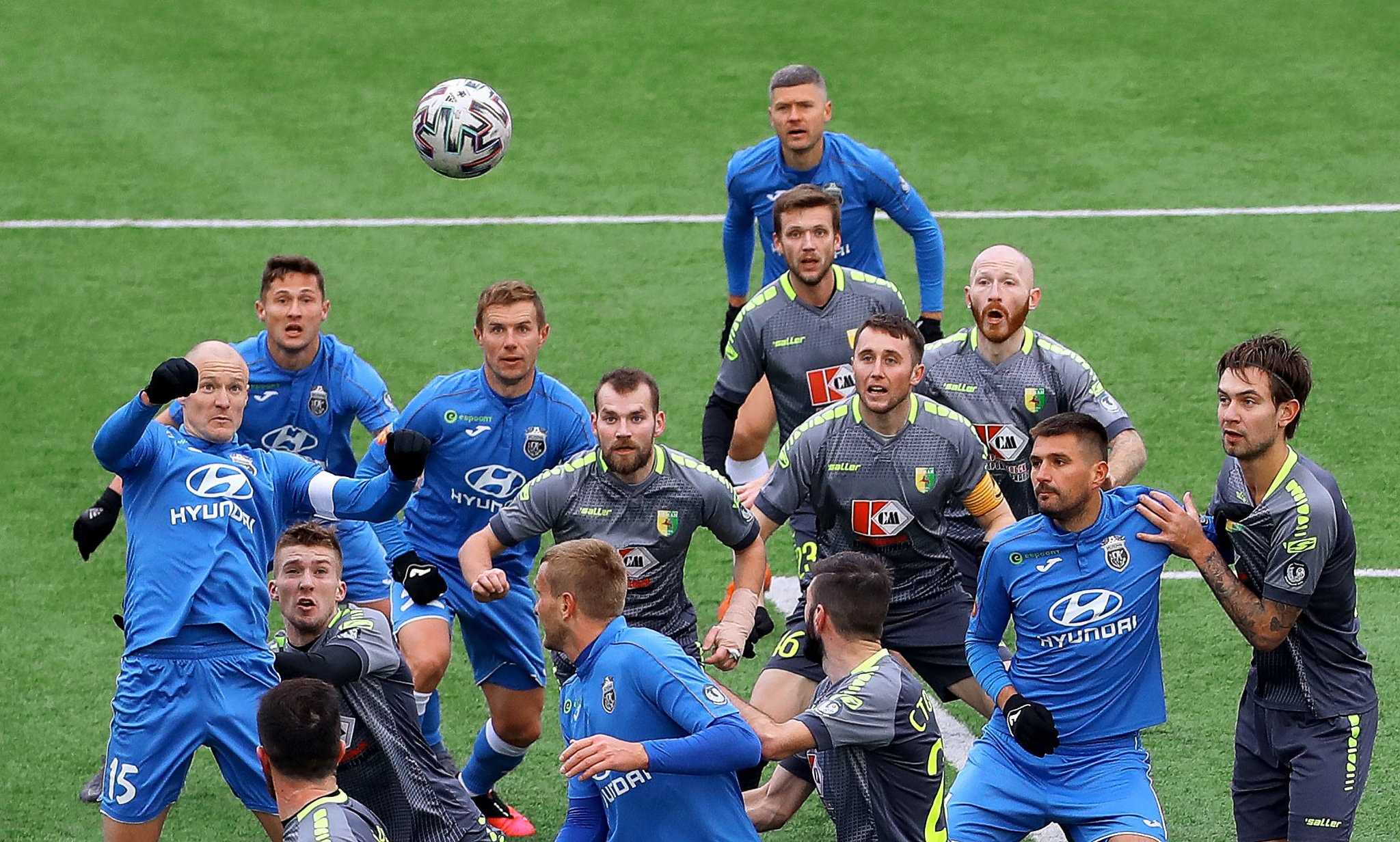 MLS St. Louis Shows Need for Change in US Soccer