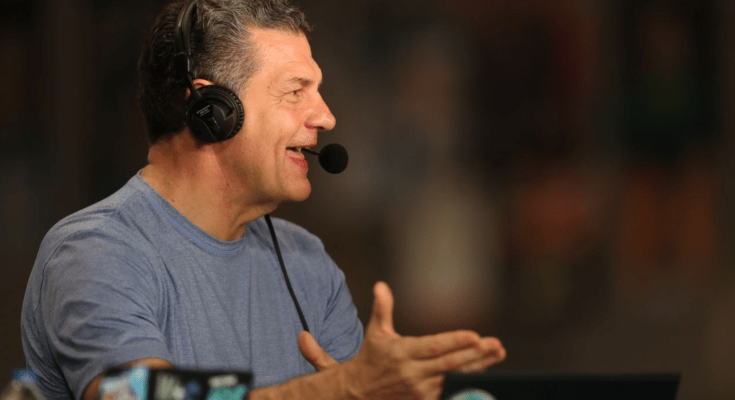 As you woke up this morning to head to work, you may have noticed when you turned on ESPN radio the voices seemed a little different… In large part because there were different voices. Several ESPN personalities had their contracts expire on August 1st, and last month the network announced a revamped lineup starting on August 17th. Thus, several of the personalities are being moved around and some are moving on, the most notable of whom is Mike Golic.

Golic came to ESPN in 1995 after an eight-year career in the NFL. His first assignments were in weekend football shows for the Arena Football League and Sunday NFL Countdown. Golic also worked as a gameday analyst and on NFL 2Night (which is now NFL Live) in the late ’90s. In January of 2000, Mike Golic teamed up with Mike Greenberg to co-host Mike & Mike, a show on ESPN Radio and ESPN2, until Greenberg left the show in 2017. Greenberg was replaced by Trey Wingo (the show’s name changed to Golic & Wingo). For the entirety of both shows, Golic was an early morning staple. He was on national radio, depending on the year and national schedule, from as early as 5:00 am or 6:00 am eastern until 9:00 am or 10:00 am. Golic was, for many working-class Americans, the person in their car on their way to work.

Friday, Mike Golic’s last episode ended in a tearful goodbye led by his son Mike Golic Jr. (who had become a regular co-host on the show)

“Even after we turn off the mics, you still get to be our dad.” –@mikegolicjr

There were lots of (well deserved) homages to Golic paid on Friday. Many pointed out the great radio personality he was, how his familial approach was welcomed, or how he will be sorely missed in the future of morning radio shows. Golic will finish out his contract by covering some college football games this fall but has made no clear plans for what is next.

Many have made their assumptions about what is next for Golic, and it’s all some version of “early morning radio host.” Frankly, Golic has been so great at that, it makes sense. Not everyone can wake up at 3:00 AM to go do a radio show, and even fewer can do it while relaxing and cheering up an audience by talking about sports on their way into work.

When Mike Golic became a national personality in the late 90s, he was a meathead football guy. Most talk shows, especially in the morning, were hosted by a more traditional talk show host like you’d see on Good Morning America, The View, or Today. Said shows would pull in guys like Golic to be a guest, a regular, or some sort of a football expert. That Golic could wear both hats in a radio show that syndicated as on television was innovative and new.

That he was good at it? That was what gave him a 20 plus year run.

Mike Golic is a man of many talents, and what if he goes with a completely different route?

Anyone who’s listened to Golic and Wingo from start to finish knows how early those guys need to wake up. They need to be live from 6:00 AM to 10:00 AM. That means they needed to be in the studio before 5:00 AM. That means getting up near 4:00 AM. And that’s a normal day. Any special thing to prep? Bump everything 30 minutes to an hour earlier.

What is something Golic’s affinity for the hours before dawn makes him an expert on?..

Anyone who’s listened to Golic and Wingo from start to finish knows just how much Golic loves food. Specifically, how much Golic loves donuts, bacon, greasy meat… Yes, Golic’s weight loss and health initiatives later in his life have been well-documented. But at his core, he’s still a red-meat-eating American. He still has a fancy for the deep-fried goodness,  salivates at the salty crunch, and craves the creamy gravy all found in an all-American breakfast.

Look, in a Venn Diagram of “people who enjoy being up before the sun” and “people who enjoy donuts, bacon, and red meat” there’s really just one thing in the middle sliver: a diner. So what should be next for Golic? He needs to go and be Guy Fieri’s diner expert on Diners, Drive-ins and Dives.

Diners, Drive-ins and Dives is a Food Network show that has been on for 31 seasons and is hosted by the legendary Guy Fieri. In the show, Fieri travels to three restaurants across the country and explores the beauty in fried, greasy, delicious foods. It bounces from town to town across the United States (though it has a few episodes that feature European cities).

Fieri doesn’t need help, but the show does need a shake-up. Because Fieri is so familiar with the West Coast, most episodes feature a Californian focus. Golic can bring the show back to the heartland. As a native of Ohio, an alum of Notre Dame, and a long time resident of the midwest, Golic will pull in a new regional focus.

Further, Diners, Drive-ins and Dives has really, in its latter seasons, become much more focused on dives than on diners. Diners are made for the guy who gets up early and needs that cup of coffee, hashbrowns, eggs, and a fried pastry before the day is started. Who would know that time better than Mike Golic, who has seen those hours for over twenty years now? And, Golic is an avid donut lover. Like, a stuffed his face with 36 mini powdered donuts in less than 12 minutes, with coffee, and had an extra for dessert type of donut lover. Could “triple-d” become “quadruple-d?” High-quality, gourmet donuts are becoming trendy…. Could Guy and Golic cash in on the trend?

Golic has shown to be a great co-host. His partners for morning shows have each had great things to say about the way he focuses on his family while working to put out a great show. Guy Fieri could continue to focus on the dives with interesting fusion concepts. Golic, on the other hand, could tell us about the blue-collar diner down the street. “Guy and Golic” could spread their common love for food at both styles of restaurants by playing off of their differences.

So today, Mike Golic gets to sleep in. Today, he gets to enjoy a nice homecooked breakfast and cup of coffee after the sun is already up. But tomorrow, whenever that is?

Tomorrow, he needs to be sitting shotgun in Guy Fieri’s Camaro. Bright and early. On his way to a diner, then a drive-in, then a dive. And for dessert? Maybe a donut. 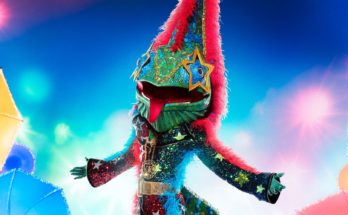 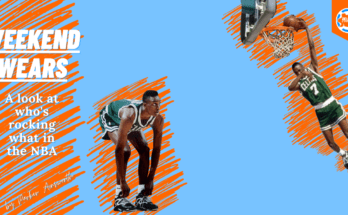 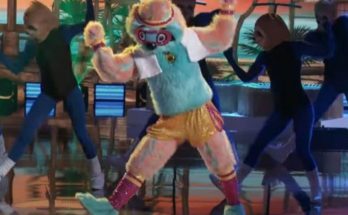